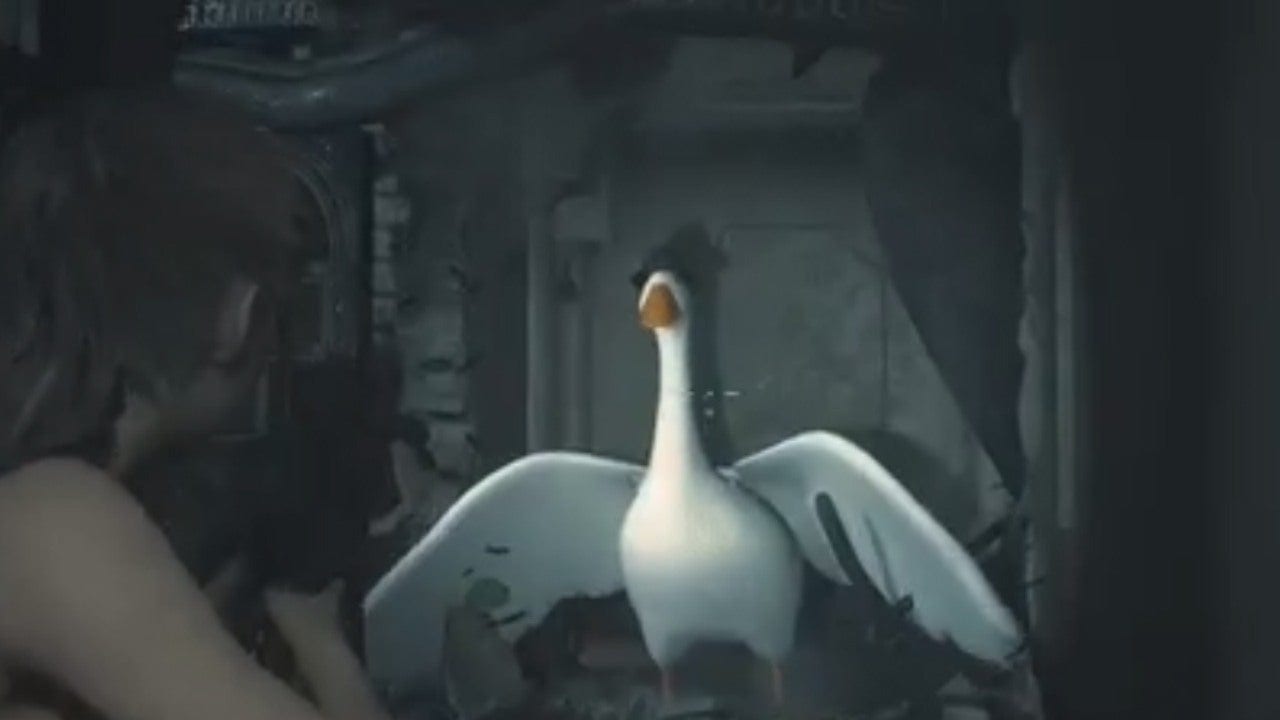 The modding community has been having a blast with Capcom’s Resident Evil 2 Remake since it launched earlier this year. The game, which has you followed by the tyrannical Mr. X, has been modded to replace the antagonist with everything from Thomas the Tank Engine to Stephen King’s IT, but this latest creation might be the most horrifying yet.

Pro modder xZombieAlix recently shared a clip of a work-in-progress RE2 mod that introduces the horrible goose from Untitled Goose Game, and it’s honestly amazing (or should that be “honk-estly”? No? Okay).

First spotted by Destructoid, xZombieAlix shared a snippet of the goose alongside the caption: “Untitled Goose Chase?”

They then followed up by confirming that “yes, the final version will include extra HONKS.”

For those wondering, the goose will also be keeping the hat, because “he is just so fancy like that.”

If xZombieAlix’s name sounds familiar to you, it’s probably because of the Thomas the Tank Engine mod for RE2 which went viral earlier this year. It’s available for you to download and try out for yourself over at NexusMods.

If you haven’t yet played House House’s recently-released Untitled Goose Game then you’ve more than likely seen a YouTube video, livestream or at least a meme about the phenomenon by now.

The deliciously simple Goose Game has you play as a goose (surprisingly), who has kindly been nicknamed “Horrible Goose,” “That Mean Goose” and “Ba*stard Goose” by the internet. You follow simple objectives and p*ss off as many people as you can while doing so. You can steal, distract, sneak and – most importantly of all – you can HONK. Basically, the horrible goose is the biggest villain of 2019 and it makes the perfect addition to Resident Evil 2 Remake.

Unfortunately, we don’t know when xZombieAlix’s mod will be complete, but best keep an eye out!