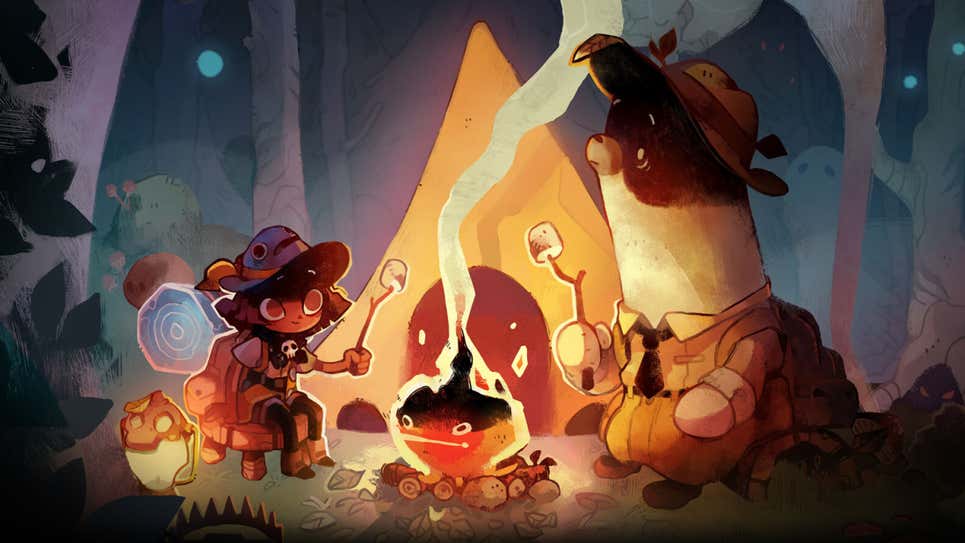 Cosy games have grown a lot since the early days of Animal Crossing. Yet, a lot of the core principles of the genre still apply today. For example, games like Cozy Grove still use everyday tasks and chores as a mechanic, one that provides players with an element of escapism. However, sometimes, even the cutest games have morbid references to the real world. For Cozy Grove, one of those reference is a critique of America’s healthcare system and its scary real-life implications [via Kotaku].

Before we go any further, we should probably briefly explain what Cozy Grove actually is. Released back in April, Cozy Grove an adorable sim game that takes place on a haunted island. The main goal of the game is to discover secrets, craft items and “soothe” the local ghosts. Put it this way, if you’re familiar with Animal Crossing, you should know what to expect from Cozy Grove.

So, what about that Reference?

Well, previously, the game featured a line of dialogue with directly references the U.S. healthcare system. While befriending friendly ghosts in Cozy Grove sounds wholesome, several of the island’s dead denizens will ask the player, “What if you get sick and need to crowdfund your appendectomy?!”.

If you’re not from the States, then you’ll probably be perplexed by this question. I mean, why would you need crowdfunding for Appendicitis treatment? Well, while countries like the UK and Spain have free healthcare, the U.S. relies on various insurers and organisations, all of which operate as businesses. Therefore, getting medical treatment in America can pose a financial challenge for many, which inevitably leads to things like Crowdfunding being used to mitigate the costs.

The specific Crowdfunding reference has since been removed to offset any further confusion. However, its underlying critique of American healthcare bears an important message, one that the world probably should be aware of. The reference has also been since highlighted on Twitter by Cozy Grove’s co-writer Kris Ligman, who praised the reference for its take on “bleak American dystopia”.

Hopefully, Cozy Grove’s critique of American Healthcare has increased awareness of the system’s flaws. While making healthcare in the U.S. fairer and more affordable will take more than a clever video game reference, at least indie games like Cozy Grove are facilitating an important conversation about the America’s systematic failings.

Is Cozy Grove part of your daily routine? Let us know on our social media channels!