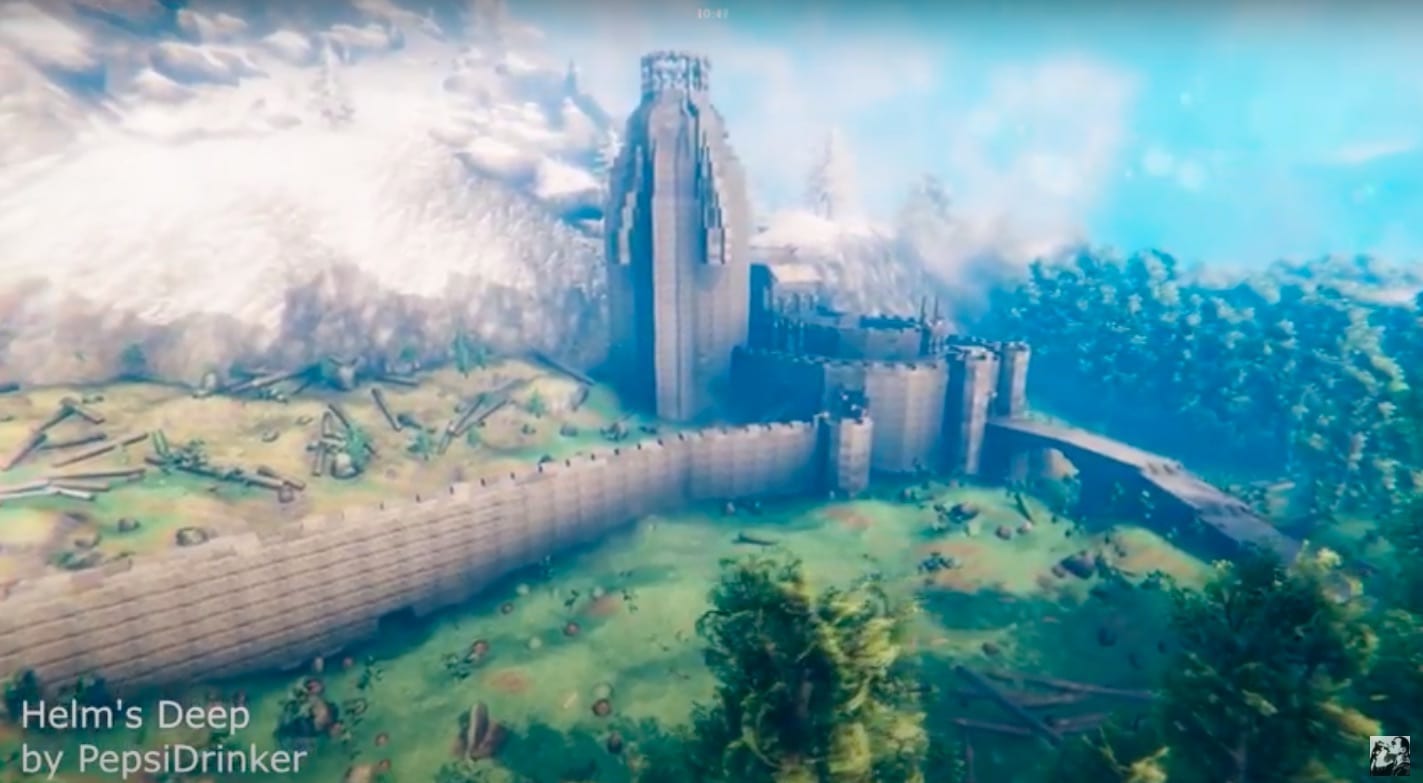 A talented creator is merging the worlds of Valheim and Middle Earth to create a replica of The Lord of the Rings’ Helm’s Deep [via Techraptor].

Valheim is a game that thrives on being a test of wits and endurance. Yet, to many players, it’s a blank canvas that can host endless building projects and grand designs. From rustic log cabins to medieval castles, players have been getting creative with the survival game’s building mechanics.

However, one Valheim player is taking things a step further, by recreating Helm’s Deep and the Hornburg from The Lord of the Rings: The Two Towers.

Helm’s Deep is an important marker in the world of Middle Earth. The familiar fortress prominently features in The Two Towers book, as well as Peter Jackson’s film adaptation.

The elaborate Valheim project is YouTuber by PepsiDrinker, who posted a video of the build to their YouTube channel. The iconic Middle Earth landmark is still under construction, but it’s already looking ridiculously impressive. The video shows off the replicated fortress at various angles, which has been built into the side of a snowy mountain. Check it out below.

Building in Valheim is no easy feat and requires a lot of patience and precision. Unlike Minecraft, the game doesn’t have a free build mode, meaning that construction has to be completed from the ground up.

However, Pepsidrinker is using the Forever Build mod, which allows players to build past the game’s natural height restrictions. The mod essentially makes the game think that every structure is stable, no matter where it’s built or how high it is.

Pepsidrinker’s build is a testament to the creative power of Valheim players. The game provides a unique canvas for players, one that comes with Valheim’s unique charm included. Valheim makes Minecraft’s building blocks look like Duplo in comparison, especially when it comes to elaborate structures.

While Iron Gate’s construction mechanics aren’t naturally designed with complex architecture in mind, perhaps future updates will embrace the creativity of players who are eager to build.