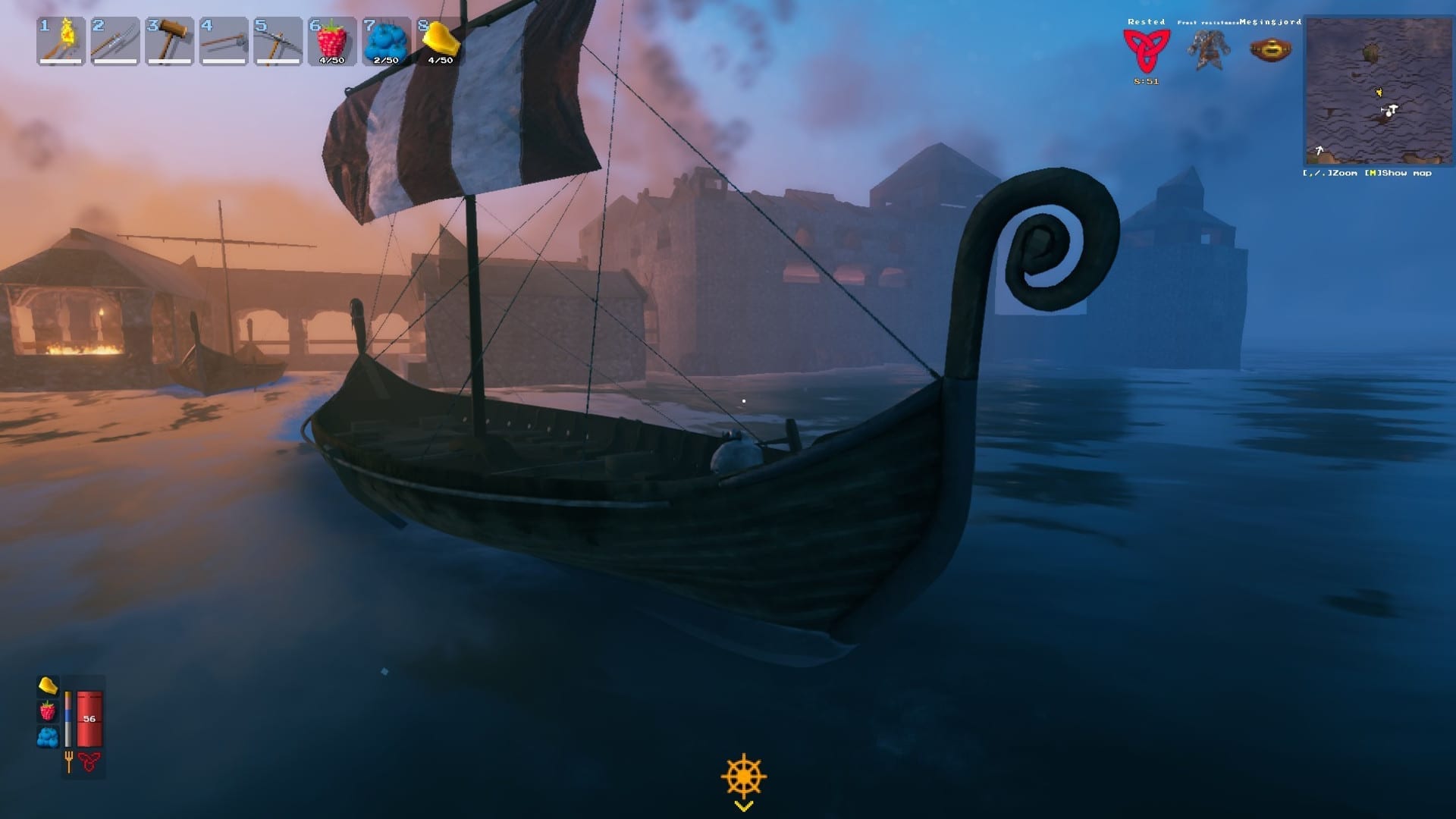 A Valheim player has figured out how to turn longboats into airships, in a discovery that allows players to launch into the skies.

Achieving flight in Valheim is unconventional, to say the least. It involves the player practically hurling themselves into the air like some sort of nordic Evel Knievel.

Prior attempts to fly were made by way of makeshift catapults, which would send players soaring through the air. Now such methods seem almost archaic, thanks to Redditor HotGUUUUU and their marvellous high climbing longboat ramp [via RockPaperShotgun].

You’d be forgiven for mistaking this ramp for some sort of Viking-themed Disney attraction. The boat essentially slides at an alarming rate down the ramp before leaping out to sea. Hilariously, the water in Valheim acts as a trampoline of sorts, so rather than sinking to the briny depths, players are projected into the air in true NASA fashion.

The sky-high boat ride could be described as falling with style, as the trip comes to a bang once players inevitably hit land.

However, despite hitting trees or forestry at velocity, it looks like the longboat provides enough protection against aerial impact. I mean, if something doesn’t kill you, strap up and go in for round two, right?

The art of flying is sure to become something that players will want to master. Perhaps Iron Gate Studios will take note, meaning we’ll potentially see Final Fantasy style airships in the future.

Either that or the developer will find a way to keep its lost souls grounded. After all, this is supposed to be limbo. Try as you might, it’s unlikely that you’ll be able to simply fly to Valhalla.

Have you tried turning your longboats into airships in Valheim?

Valheim is currently playable on Steam and is in Early Access!

Valheim Celebrates ‘Biggest Ever Launch’ For A Survival Game On Steam

Get Viking Survival Game Valheim On Your Wishlist ASAP

This Valheim Mod Is All About Killer Trees

Valheim Is Currently One Of Steam’s Most Popular Games

You Can Now Play An Actual Working Game Boy In Valheim