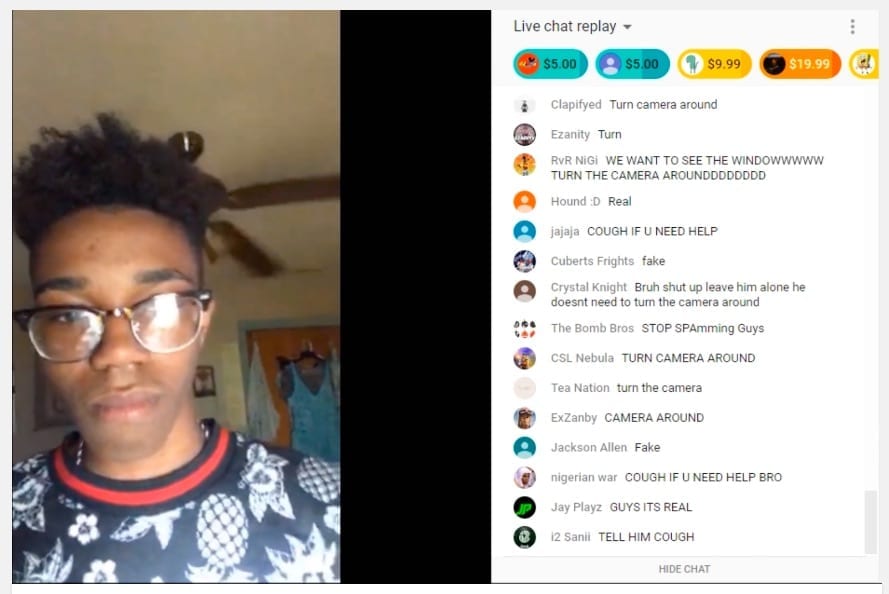 Concerns have been raised for professional Fortnite player 77 Bxrry, after his fans began to suspect the gamer is being abused.

Bxrry is said to have posted a couple of since-removed videos showing his $4000 gaming rig destroyed, claiming his father had done the damage. It’s believed that the police got involved with the situation, though the teen hasn’t verified this.

As fans concerned about domestic abuse or violence took to his streams to check the eSports pro was okay, people believe that Bxrry made a clear-cut cry for help – by coughing when asked to.

In the video, which you can watch below, dozens of viewers ask Bxrry to cough if he is in trouble. He responds by coughing several times.

Those close to the budding star have also suggested he is in need of help, with one supposed close friend tweeting for Keemstar to get involved – a tweet that was then retweeted by Bxrry himself.

This is Bxrrys IRL friend. He needs help, a lot has gotten out of hand. ALOT. I have info on this, please dm me if possible. @KEEMSTAR

Bxrry has since refuted any claims that anything is wrong.

It’s not too clear what’s happening here, but with so many concerned fans, it’s more than likely that the police are already aware of the situation.

Not everyone is convinced that something is going on here though, with Keem tweeting: “I personally am becoming very suspicious of the @Bxrry story!

“My gut feeling is that Its all seems like a stunt for subs. So for that reason i decided not to cover any of it on #DramaAlert. However with that being said it might be all true. None of us really know the truth.”

Others who claim to be close with Bxrry are suggesting there is something happening, but that it’s nothing that fans needs to get involved with.

Just like the Marina Joyce scandal of yesteryear, we might never fully get an answer to what’s going on here…

If you, or someone you know, is affected by any of the issues here you can speak free and confidentially to Victim Support right here.