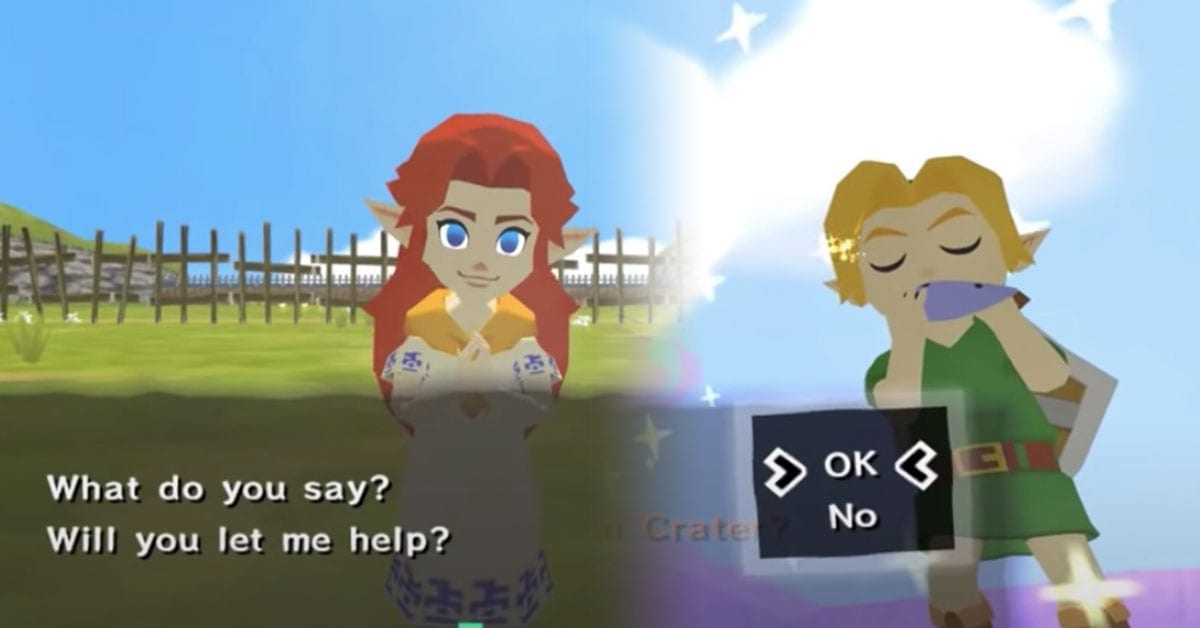 The Legend of Zelda series is known for using an array of different artstyles. However, what happens when you merge two distinct games into one? Well, you get the likes of The Legend of Zelda: Winds of Time, a fan-made crossover between Wind Waker and Ocarina of Time.

The result is a staggeringly uncanny version of Ocarina of Time, one that merges the best of both games into one package. The game’s trailer shows off various aspects of the mod, including redesigned character models, locations and enemy encounters. Check it out below!

The project’s creator, BigSharkZ, is renowned within the Wind Waker modding scene and is no stranger to the GameCube classic’s engine.

However, BigSharkZ did reveal that this project came at the cost of two weeks with barely any sleep. Thankfully, the modders’ efforts are set to transcend a mere April Fool’s joke, as the project is set to become a fully playable experience!

The Legend of Zelda Wind Waker was a big visual change from Ocarina of Time. The GameCube’s debut Zelda game boasts a cartoon-esque aethstetic, which presents itself using cel shading and bold outlines. While the game still features many of the gameplay tropes first established on the N64, it’s one of the most graphically unique entries in the Zelda series.

While we probably won’t get to play Winds of Time any time soon, BigSharkZ has various other projects under their belt.

The creator’s previous mod, Dark Linka & The King’s Revenge, transforms Wind Waker into a brand new adventure starring an alternative protagonist. The modder’s GameBanana page is packed with Wind Waker makeovers, so if you’re looking for a reason to dive back into the game, you’ll want to check it out!

The Nintendo GameCube Will Forever Be One Of The Best Consoles

Zelda’s 35th Anniversary Is Nearly Here, What Do You Want To See?