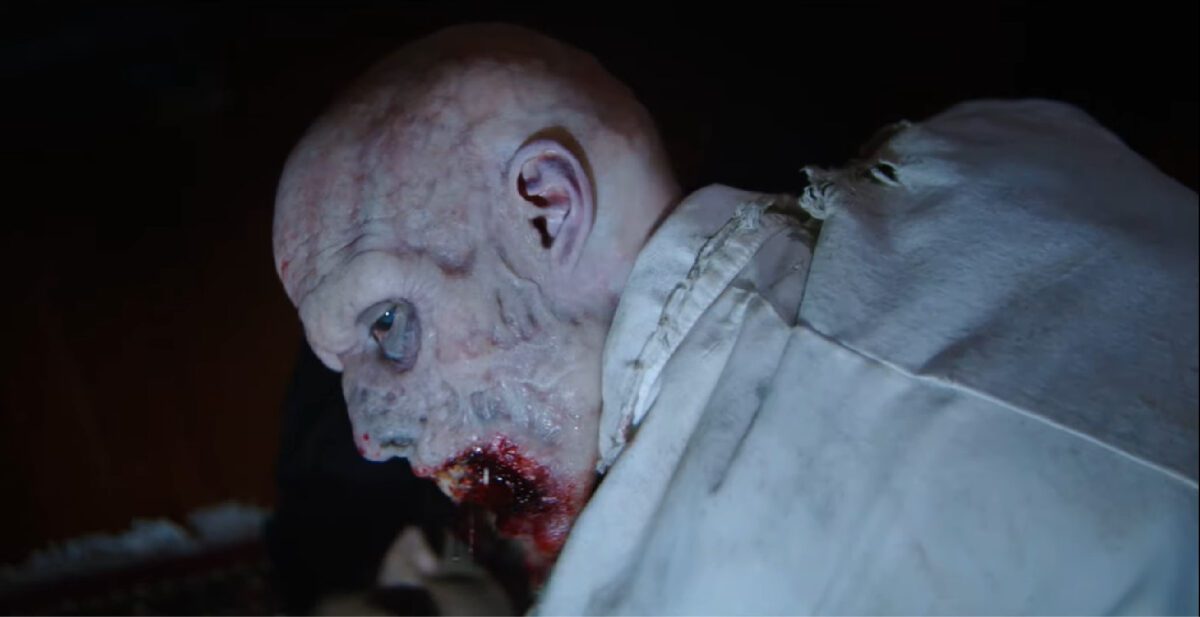 Resident Evil: Welcome To Raccoon City ups the scare factor in it’s latest ‘Nightmare Trailer’. If you saw the first trailer for the film, and felt it didn’t land the horror aspect, the Nightmare Trailer might be more up your alley.

The trailer opens at Raccoon City Orphanage. The 2019 remake of Resident Evil 2 introduced the orphanage as a new area. So it seems like they’ll be pulling from more than just the original games for the film.

It shows a young girl in the orphanage wandering around, until she’s met with the unfortunate fate of someone who’s been infected. The rest of the trailer mostly shows things we’ve seen before, like the mansion and the Raccoon Police Department. But this trailer is edited with a score of violin strings being pulled for added creepiness.

Welcome to Raccoon City seems to be full of practical effects, something quite rare in today’s CGI dominated world. While that doesn’t speak to the quality of the film, hopefully it does represent a return to form for the series.