Along with Resident Evil 2 and Silent Hill 2, one of my favourite video games of all-time is the masterpiece that is Metal Gear Solid.  In 1998 when it was released, it was so far ahead of its time from a gameplay, cinematic and story-telling perspective.  Iconic developer Hideo Kojima had been doing his thing many years prior to the release of the original PlayStation classic, but Metal Gear Solid was arguably the game that truly propelled his career and launched him towards legendary status.

For years, fans have been calling for Metal Gear Solid to be remade using the Fox Engine.  Granted we got the fantastic Metal Gear Solid: Twin Snakes in 2004 for the Nintendo GameCube, but the prospect of a modern day remake of this stealth masterpiece is something that would help put Konami back into the good graces of many a fan.

While that Fox Engine powered remake won’t be happening anytime soon (if at all), a very talented art director (as detailed in on his Twitter account) by the name of Erasmus Brosdau has re-created the opening cinematic introduction of Metal Gear Solid, pretty much at a frame-by-frame perfection using the Unreal Engine 4, all in glorious 4K!

According to the description of Brosdau’s video, he has used a combination of Unreal Engine 4 marketplace assets and has even “slightly remastered” the audio by adding some new sound effects, while utilising the original soundtrack and voice-overs.  Brosdau has even gone the extra mile by creating a brand new start menu.  The quality seen in the video is truly some fantastic work and even the original voice of Solid Snake (David Hayter) is impressed by the talents of Erasmus Brosdau, as seen via the tweet below.

Below I’ll include both the original 1998 Metal Gear Solid intro, as well as the fan-made intro re-created using the Unreal Engine 4, so that you can compare the two side-by-side.  Enjoy.

What do you make of this fan-made intro to this beloved classic and do you believe that Konami will ever give us a new remake using the Fox Engine?  Hopefully we’ll get more Metal Gear Solid videos from the talented Erasmus Brosdau in the near future.  Let us know your thoughts across our social media channels. 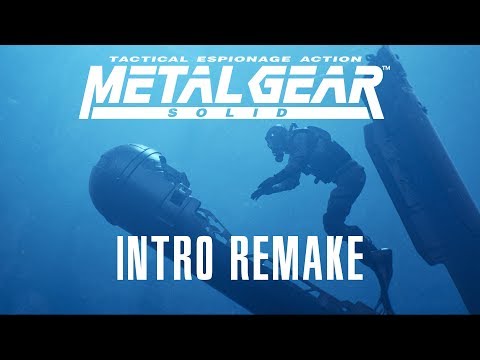 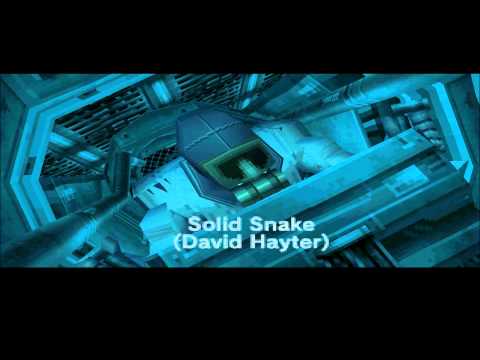