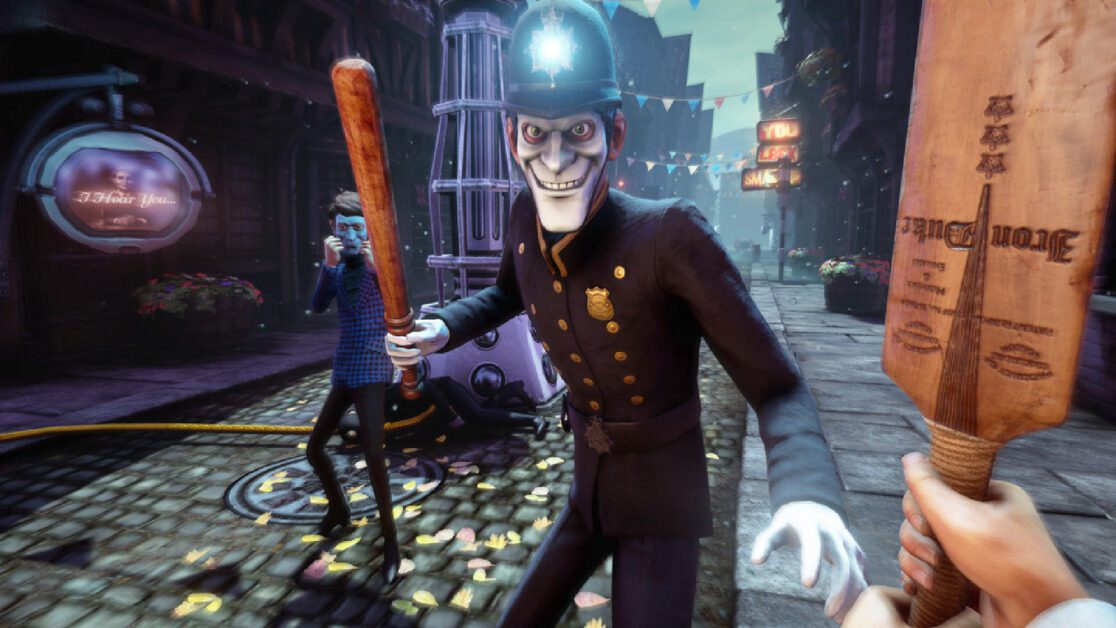 When We Happy Few finally left Steam Early Access and was released in 2018, it was fair to say that the game received a mixed reception. As it stands on Metacritic, it averages a critic score somewhere in the 60s. This isn’t a great score, but then I suppose it’s not really that bad either.

However, despite its lukewarm reception, when talking to Xbox Squad (via VGC), the Canadian-based developer Compulsion Games revealed that there are plans to release a brand new IP.

“With our new game, a narrative, third-person, story game, I don’t think we need any feedback. It’s not like a roguelike where you replay it multiple times and you need data to make sure the experience is fun,” said Compulsion’s Naila Hadjas.

A new game is in full development

Hadjas also confirmed that the currently unannounced game is in “full development” and unlike We Happy Few, the new game won’t release as an Early Access title.

“We Happy Few has evolved a lot, at the beginning, it was a rogue-like and then we added a story because people loved the world, the characters, so we said ‘okay, we’re going to make a game with an end and a story’. The next game is a story, we know where we are going.”

Furthermore, according to an article from Eurogamer, rumours are circulating the internet that the new Compulsion Games title will be a “dark fantasy, third-person action-adventure” and will not be a We Happy Few sequel.

Are you excited at the prospect of a new title from Compulsion Games? Let us know across our social media channels.