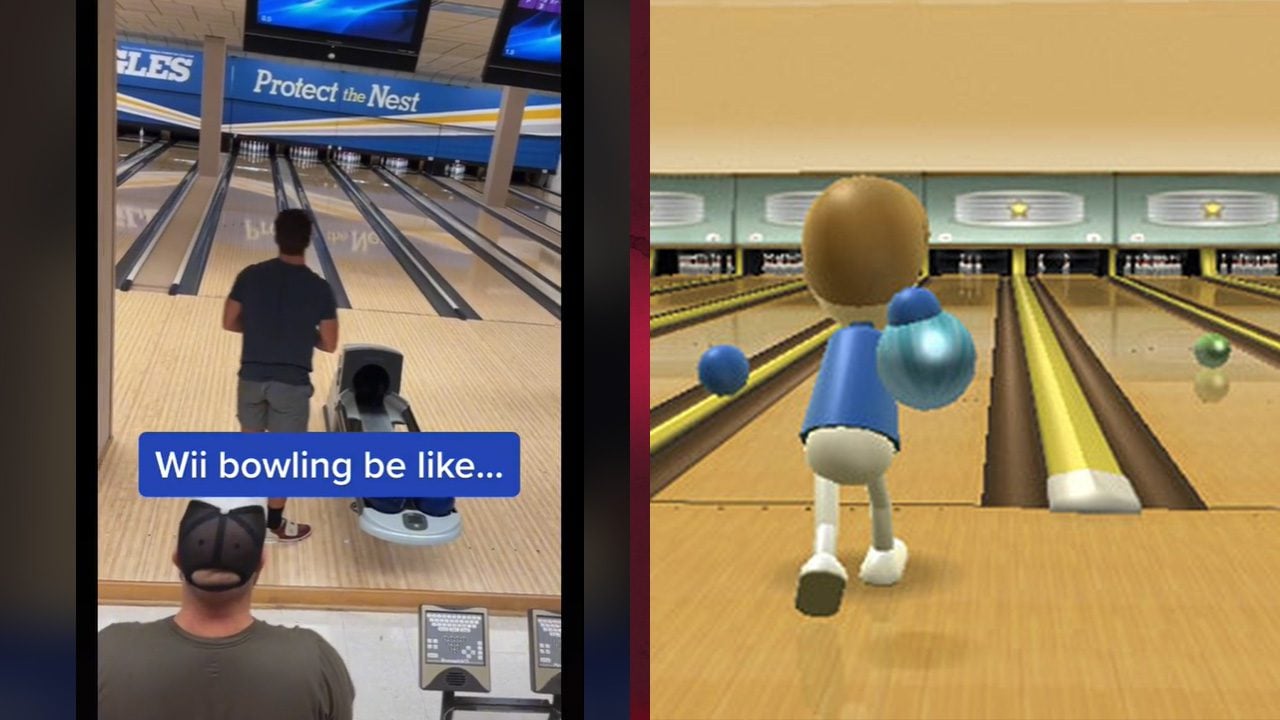 A pair of brothers are recreating Wii Sports minigames on their TikTok account. From Wii bowling to Wii boxing, these brothers are absolutely nailing it.

I have a personal love for Wii Sports. My brothers and I grew up playing Crash Bandicoot, Fifa and Gran Turismo on our PS1 – but Wii Sports was the first game we really got into as a family. I preferred bowling, my brothers liked boxing, my grandpa got angry at golf (it wasn’t realistic enough for him), and my mum absolutely destroyed us at tennis.

Over the years, despite new console upgrades, we still play it. We invested in the Wii Fit and began to play the Wii Training Plus. I still like to play the snowballing, skiing and snowboarding games when I go home for Christmas. We’ve gone on several holidays to Centre Parcs, partially due to its resemblance to the game series. Most popular of all with our family was Wii Resort. My mum and step-dad played frisbee golf every day through lockdown.

So when I saw the story reported in GamesRadar about @the.johnsonbrothers recreating scenes from this iconic game on TikTok, I was delighted. Their movement, fixed cheerful expressions and coordination is dead on.

Here’s them bowling (the spin at the end got me):

Here’s the brothers recreating boxing with some mates:

And here’s one of them playing basketball:

And they’ve even recreated the sword duel (with toy lightsabers – of course):

They have nailed the sound effects, movement and accessories for comedic effect. I hope they recreate every game in the Wii Sports series. And Nintendo – bring the Wii Sports series to Switch! (I’m not alone in wanting this – we wrote about the petition to bring Wii Resort back last year)

Did you have a favourite Wii Sports game? Let us know via our social media channels!