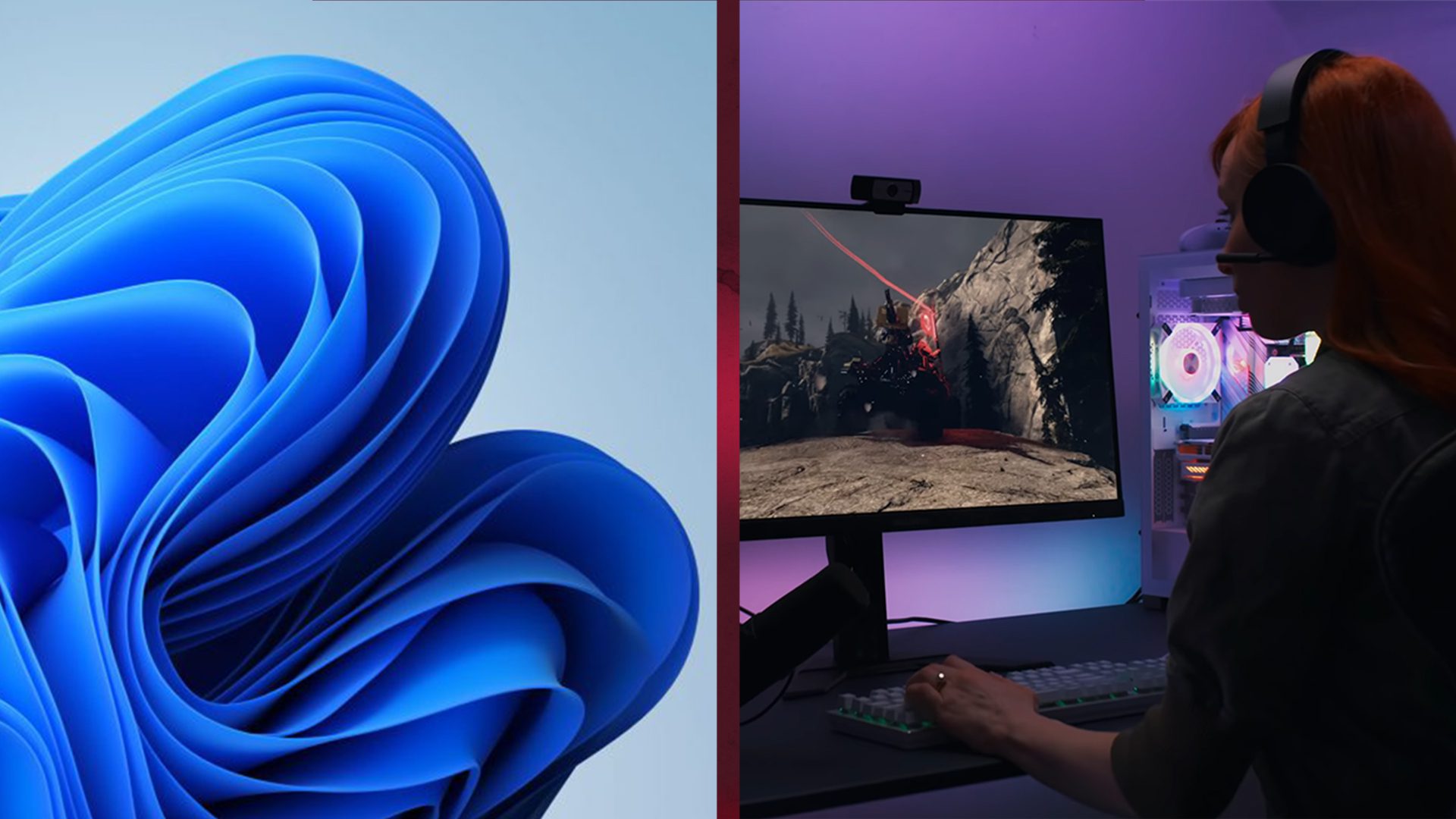 Six years on from the release of Windows 10, Windows 11 is set to be the first big iterative update for the operating system. Whether it’s set to immediately become the new standard is a different conversation entirely, but it does bring some neat feature updates that benefit us PC gamers.

In 2021, Microsoft’s approach to gaming is far from what it used to be. In 2015, the company was still navigating the relative infancy of the Xbox One. At the time, that was touted much more as an entertainment system than an all-out games console. Fast forward to the Xbox Series X, and it’s clear that gaming is high on the priority list when it comes to Windows 11. Plenty of the console’s flagship features are welcomed as mainstays in this latest operating system.

Whether you’re able to update is another matter – the system requirements are rather high. If you’re one of the lucky ones, though, here’s how Windows 11 will make PC gaming that little bit better.

HDR technology is starting to seep into the mainstream now that it’s more widely available. Standing for High Dynamic Range, it’s the practice of displaying a much wider range of brightness and colour on a screen. Plenty of high-end TVs and the newest generation of consoles support the feature, but HDR support on Windows has been a tricky topic for a while.

Windows 10 support for HDR is spotty at best. Although newer games offer dedicated HDR support, desktop apps and legacy titles have a harder time with compatibility. Now, however, Microsoft is bringing the Auto-HDR feature to Windows 11. This takes older games (Microsoft showed an example of Skyrim) and retroactively reworks the game’s visuals to offer a HDR experience.

The result is that bright and dark areas of games will look more stark in their appearance, making for a more natural and appealing image. How accurate the Auto-HDR tech is remains to be seen. However, if it’s as good as Microsoft claims it is, that’s going to be big news for those of us that like to replay old favourites in new light (literally).

Another feature borrowed from the Xbox Series X is the introduction of DirectStorage to Windows. If you’ve ever wondered how the Xbox Series X|S can load up games so quickly, it’s all down to the m.2 SSD inside. This communicates directly with the console’s CPU, which allows for the seamless streaming of data and therefore wicked fast load times.

Although we’ve had SSD technology in PCs for years now, we’ve lacked the ability to have direct communication between an SSD and a game’s API (Application Programming Interface). With Windows 11, that feature is finally hitting the PC market. It does mean that you’ll need to own an m.2 SSD that’s fast enough to accommodate such transfer speeds, however. Thankfully, these have come down in price dramatically over the last couple of years.

Explained on the Microsoft DirectX development blog, DirectStorage will: ‘[reduce] frustratingly long load times of the past and [enable] games to be more detailed and expansive than ever.’ Personally, it’s the ‘more detailed’ aspect that I’m looking forward to the most. Games already load pretty quickly on PC when installed on an SSD. But if developers can put that extra hardware bandwidth to support innovative new gameplay and world design? That sounds like an exciting direction for games to move in.

We’ve waxed lyrical about the benefits of Xbox Game Pass before. Not only does it make gaming more accessible for those less affluent, but it also gives indie developers the bigger spotlight that they often deserve. Microsoft has integrated PC support for Game Pass well in recent years. A PC specific tier grants access to a unique library of games, and the Play Anywhere system lets gamers hop seamlessly between the desk and the sofa.

Nevertheless, there’s still room for improvement. With Windows 10, the Xbox app has to be installed separately to take advantage of the Game Pass features. With Windows 11, the refined app will be baked into the operating system, making it even easier than before to access your favourite games.

That also means that Xbox Cloud Gaming will be arriving natively on Windows 11. It’s been in beta for the last few months, but the feature is soon coming directly to the Xbox app. For those with a slightly less powerful PC setup, Cloud Gaming is perfect for getting access to the latest visually intensive games without needing to invest in a pricey graphics card.

For plenty of us, working from home is the new normal. Of course, I love the ability to work in my trackie bottoms as much as the next person. However, when it comes to playing games in the evening, I’d like nothing less than to sit somewhere other than the same desk I’ve worked at for eight hours.

Separating our work lives from our personal lives has never been more important. Thankfully, Windows 11 is refining a feature that might prove helpful in that regard. It’s been possible to host virtual desktops in Windows 10 for a while, but the feature is getting a bit of a facelift this time around.

With Windows 11, you can create different desktops for different activities. These can then be customised with different wallpapers so that you know exactly which task you’d like to focus on. This can help you to keep your important documents in one section of your computer and your gaming alter-ego in another.

While it’s a great feature, it would be great to see Microsoft flesh this out further. For example, it would be great if you could have completely different icons on your work desktop compared to your gaming desktop. No one wants to minimise a game of Battlefield only to be reminded of the work that needs to be done tomorrow.

Finally, there’s one for you mobile gamers out there. Windows 11 is bringing official Android app support, meaning that they will run natively on your computer. It’s hosted by the Amazon Appstore, not Google Play, which means there isn’t quite as much choice as you’ll find on a Google phone.

However, there are still plenty of big hitter apps that mobile gamers might enjoy. For example, classic titles like Minecraft Pocket Edition and Crossy Road are listed on there. Even some classic titles like the original Sonic the Hedgehog and its sequel are available on there, too.

The feature might also be useful for those who like to use guide apps while playing games. Another example is the official Destiny 2 companion app. This can help players keep a track of their characters, quests, and gear while playing. Now that apps can be hosted natively on Windows 11, that second screen experience can be brought even closer to the game world.

Those are just a few features in Windows 11 that look to enhance our gaming experience in a big way. Will you be downloading the new operating system when it launches on October 5th? Let us know across our social channels!

Don’t forget, you can find some of these great games and more through the new GameByte Shop! We’ve stocked our store up with the latest games, merch and accessories. We might even have a new-gen console or two! Sign up for our newsletter to be notified of our console drops. Please note the GameByte Shop is available for UK customers only.

Windows 11 Promises To Be The ‘Best For Gaming’, But Is It?

PS5 SSD Expansion Support Is Coming Soon, And Sony Has Some Advice

5 Games That Run Perfectly On Any Low Spec PC