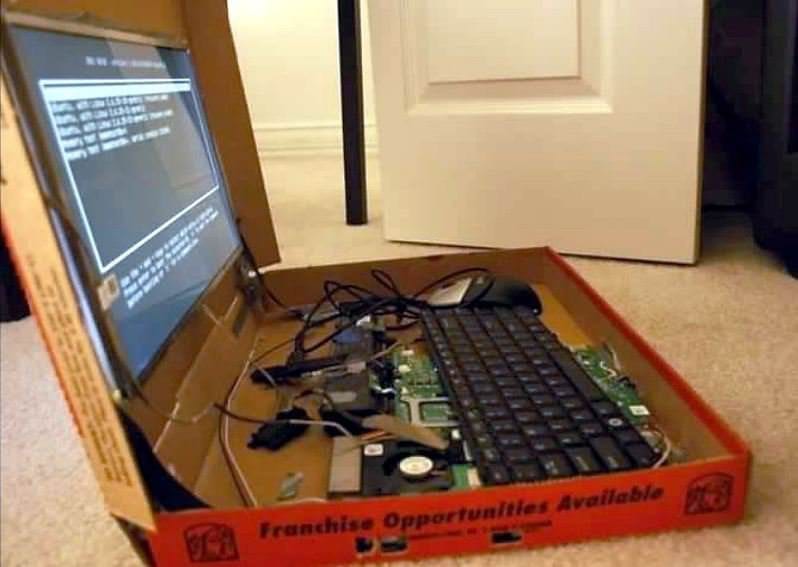 We’ve done some digging around on the internet to find the worst gaming setups possible. It’s safe to say that we’ve found some astonishingly bad examples of how not to set up your gaming room.

We’re not sure whether these gaming setups were put together due to a lack of money or from a simple absence of care. Either way, there’s no denying that what you’re about to see below will make you appreciate your own setup so much more.

The 23 worst gaming setups you wish you never saw

We’ve sources 23 different setups in total, so we’ll keep the text to a minimum so that you can browse through and gawk at these absolute abominations. 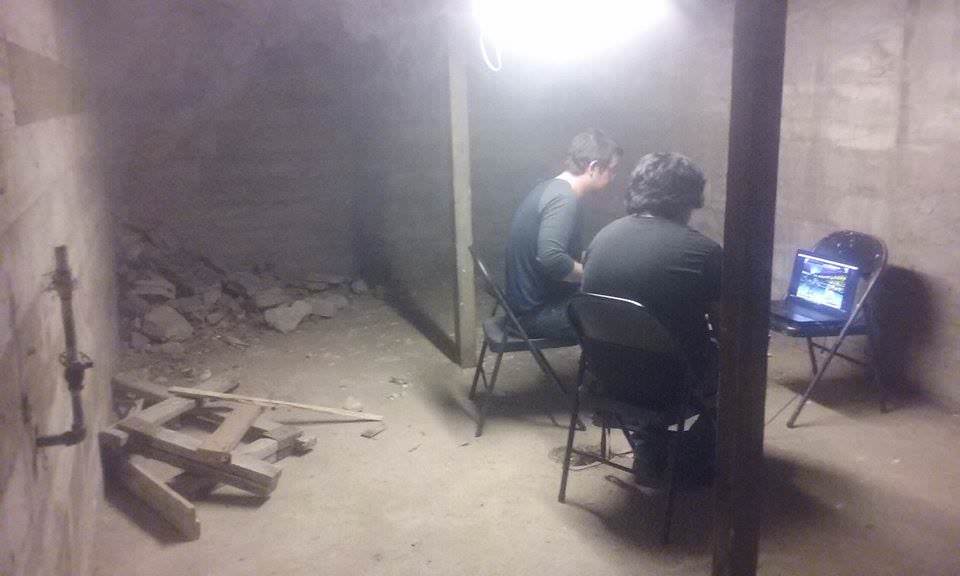 Imagine this. Your friend hits you up and tells you he’s just got a new gaming room and he wants to invite you over to play a few games. You head over and this is what you see. I’m not sure I’d trust breathing the air down in this dark, dusty dungeon. 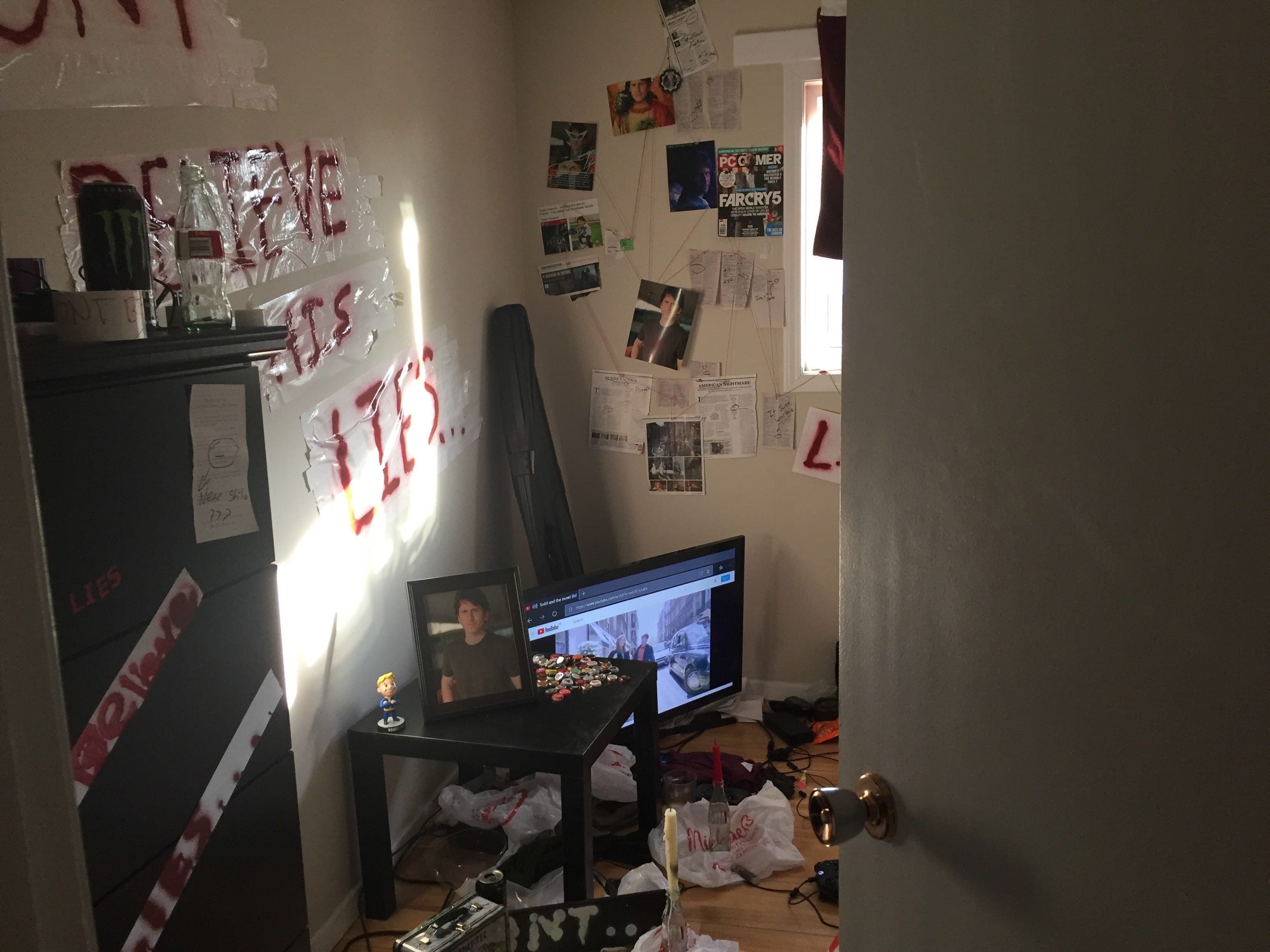 WHO recently announced that video game addiction is a mental health problem. I wasn’t so sure I agreed to begin with, but now after seeing the gaming setup above, I’ve changed my mind. Actually, I can’t quite tell if this setup is evidence of video game addiction or a very unhealthy love for Fallout’s Todd Howard. 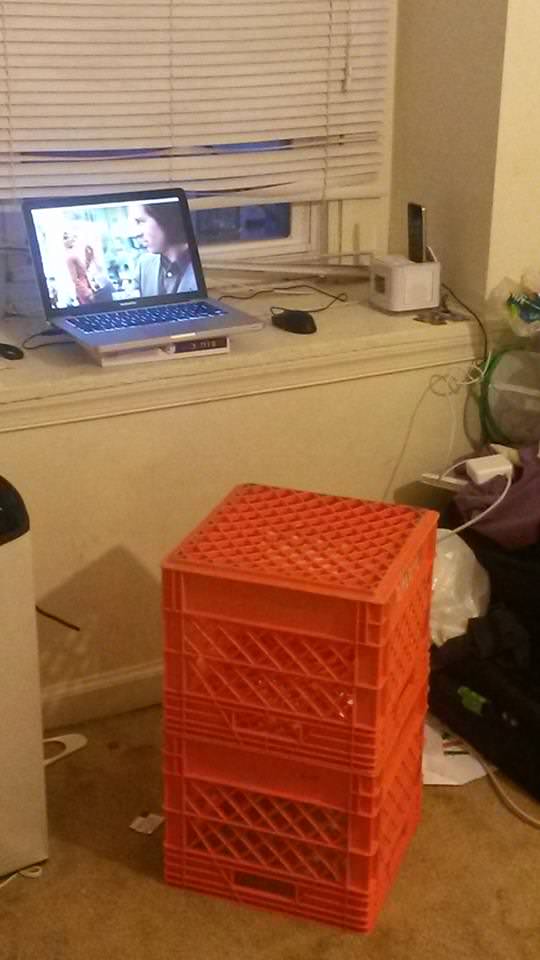 I’m sure we all have one friend that somehow gets by on a setup like this. Their dedication to join the squad online will never go unnoticed. 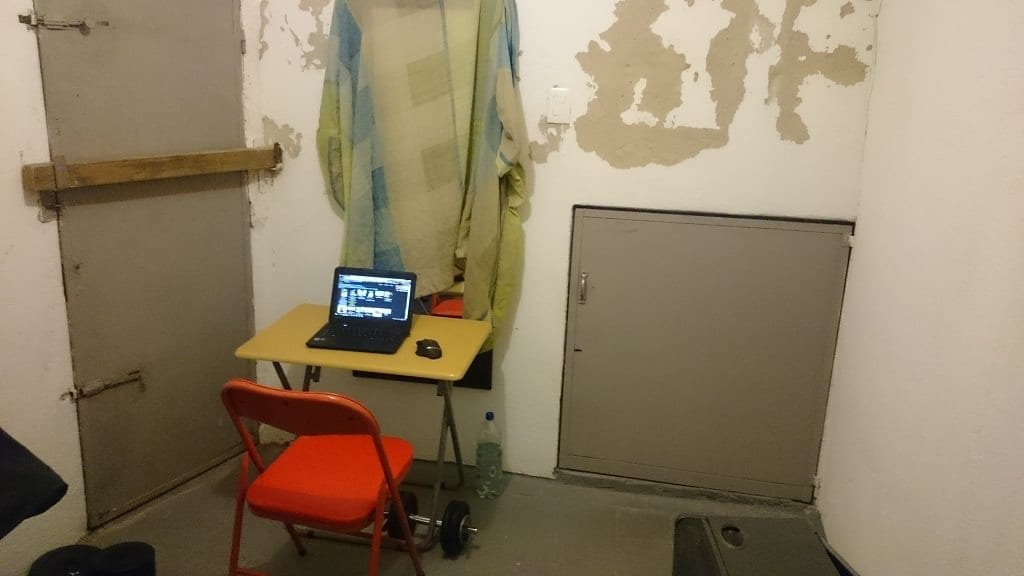 If you can’t manage to piece together a gaming setup from bits from around the house, you can simply use other people’s trash. This gaming setup is the perfect example of that. 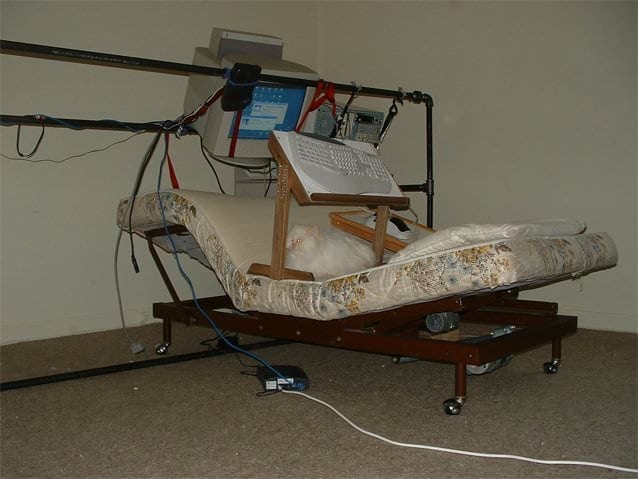 Firstly, this picture is just so 90s. I can imagine this setup is long dead now, but it’ll forever be burned in my memory as the closest somebody has come to unintentionally creating a DIY deathtrap. 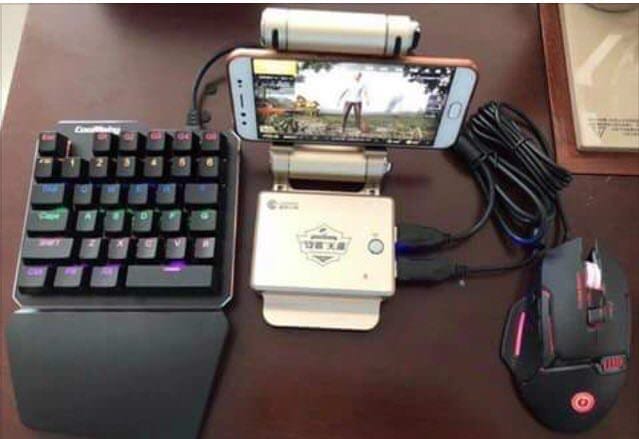 I’m a bit conflicted about this next one. On the one hand, somebody clearly has put a lot of dedication and money into building a mobile gaming masterpiece, but on the other hand, the money invested could have easily gone a long way towards building a budget PC or getting a console. 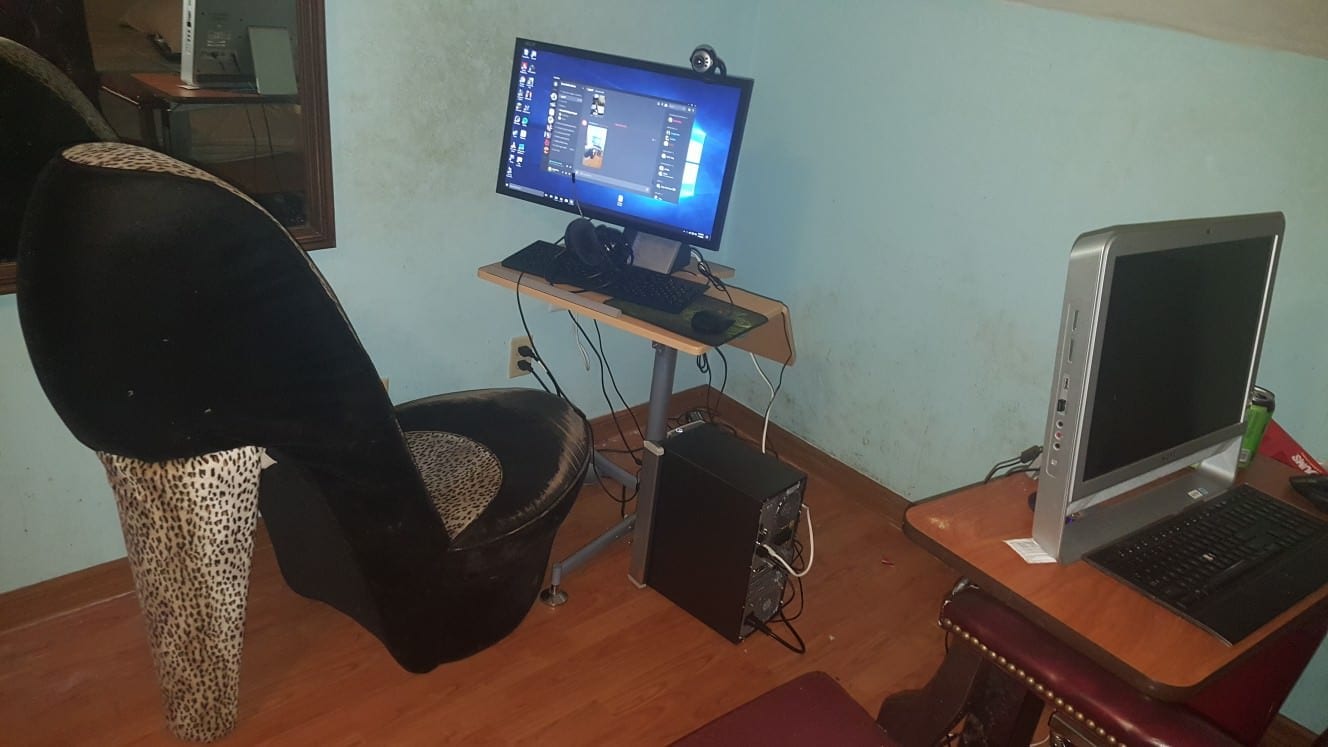 This gaming setup is a huge step up from anything shown before, but it’s still laughable. Somewhat because the keyboard and mouse hardly fit on the desk, but mostly because the owner has somehow managed to find the most majestic gaming chair I have ever laid my eyes on. 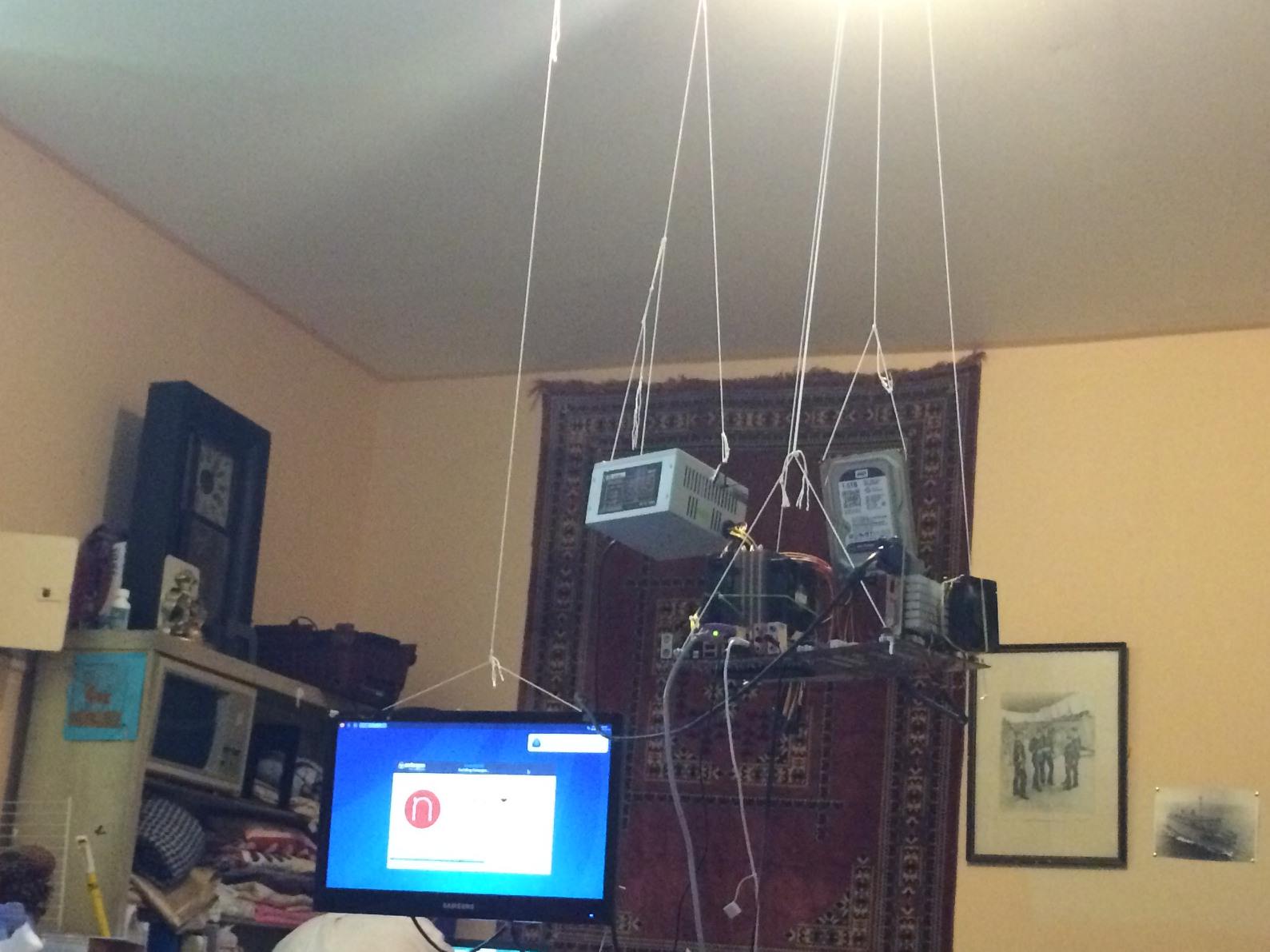 Well, I don’t know what drove somebody to do this, but as an avid PC builder myself, my heart is hurting right now. I guess their logic is that if the parts aren’t touching anything, there can’t be the potential for damage from static charges. 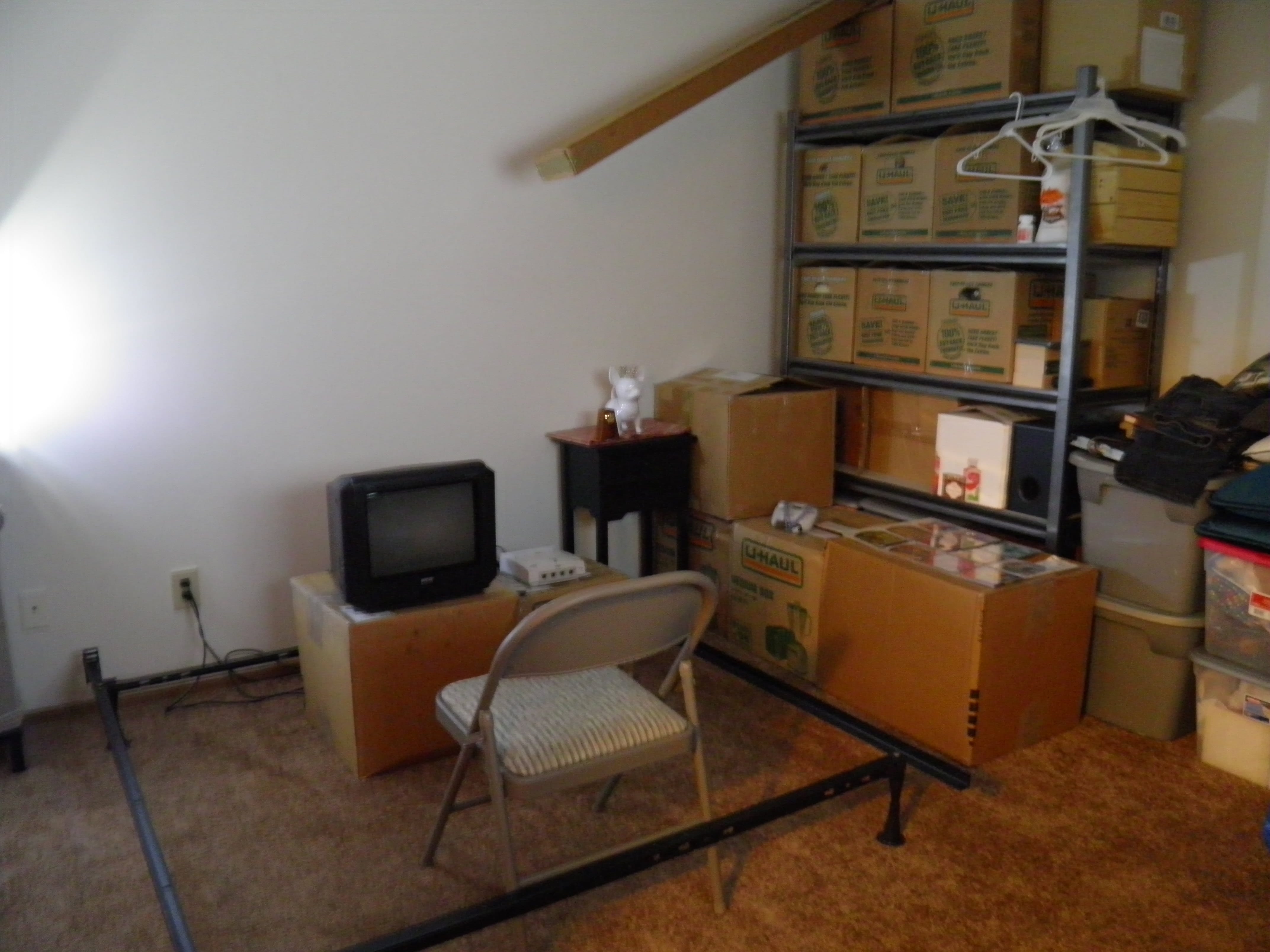 I can only imagine this gaming setup was put together in a rush after moving to a brand new home. Household essentials are probably still boxed up, but as long as the console is hooked up, it doesn’t matter, right? 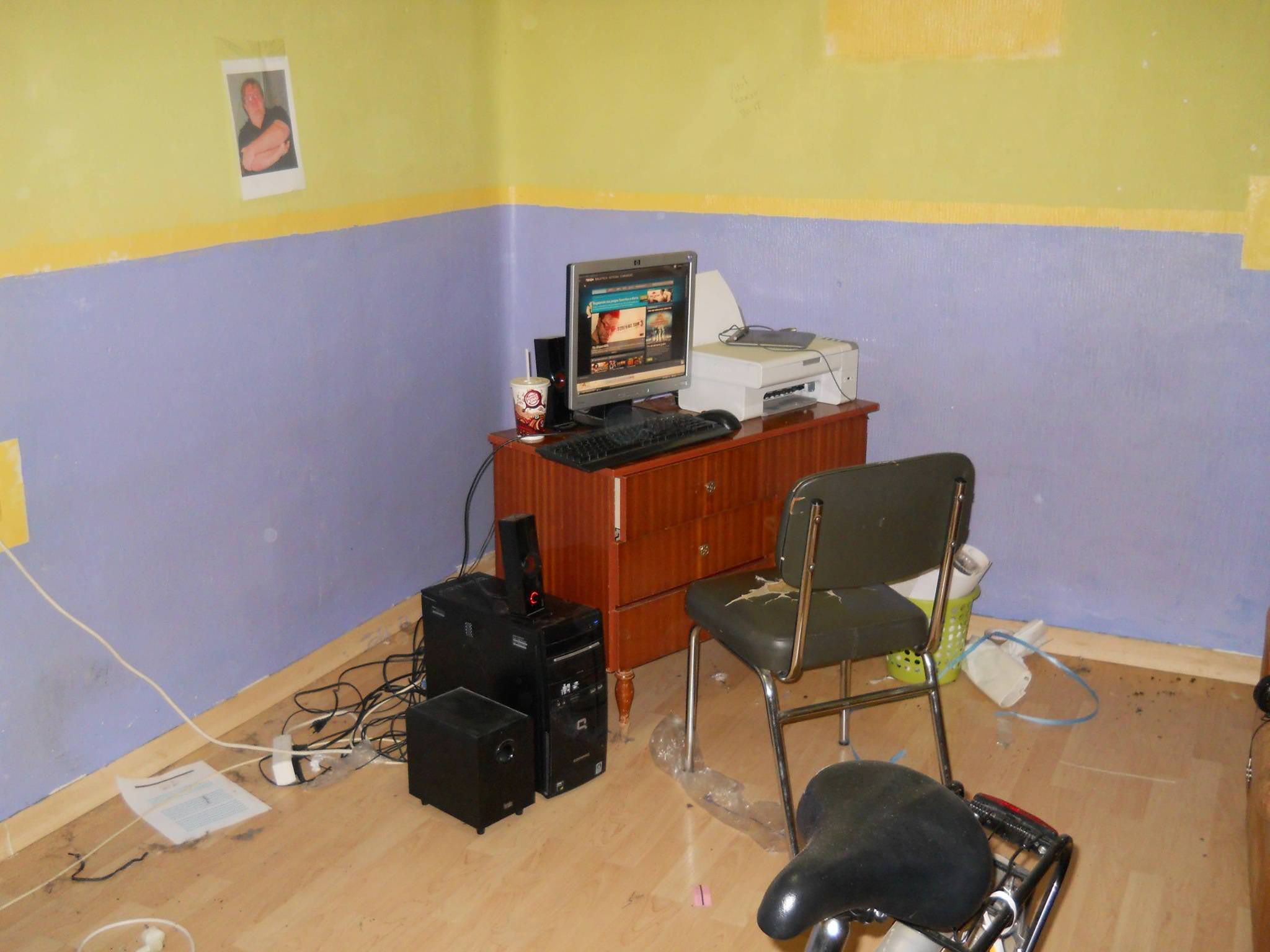 Somehow, the owner of this picture has managed to take every element needed for a gaming setup and scuff it up in some way or another.

The chair is ripped up, the chest of drawers has a draw that doesn’t shut properly, the cables are just thrown across the floor, and the wall has one of the ugliest paint jobs I’ve ever seen. The printed photo is also a nice touch. 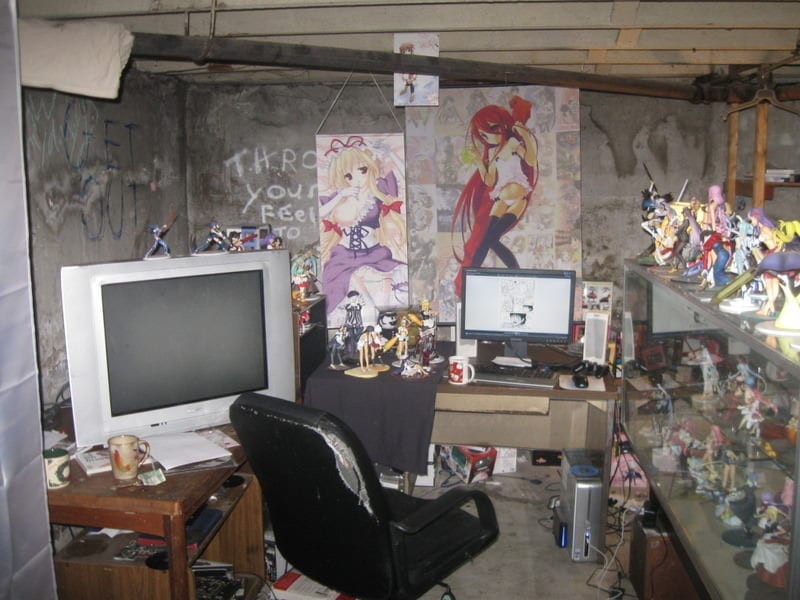 I can only imagine how nice this setup and room could look if the owner spent money on decorating and buying good furniture instead of buying all sorts of anime merchandise. I’ll leave it to you to find the hidden details spread throughout this one. 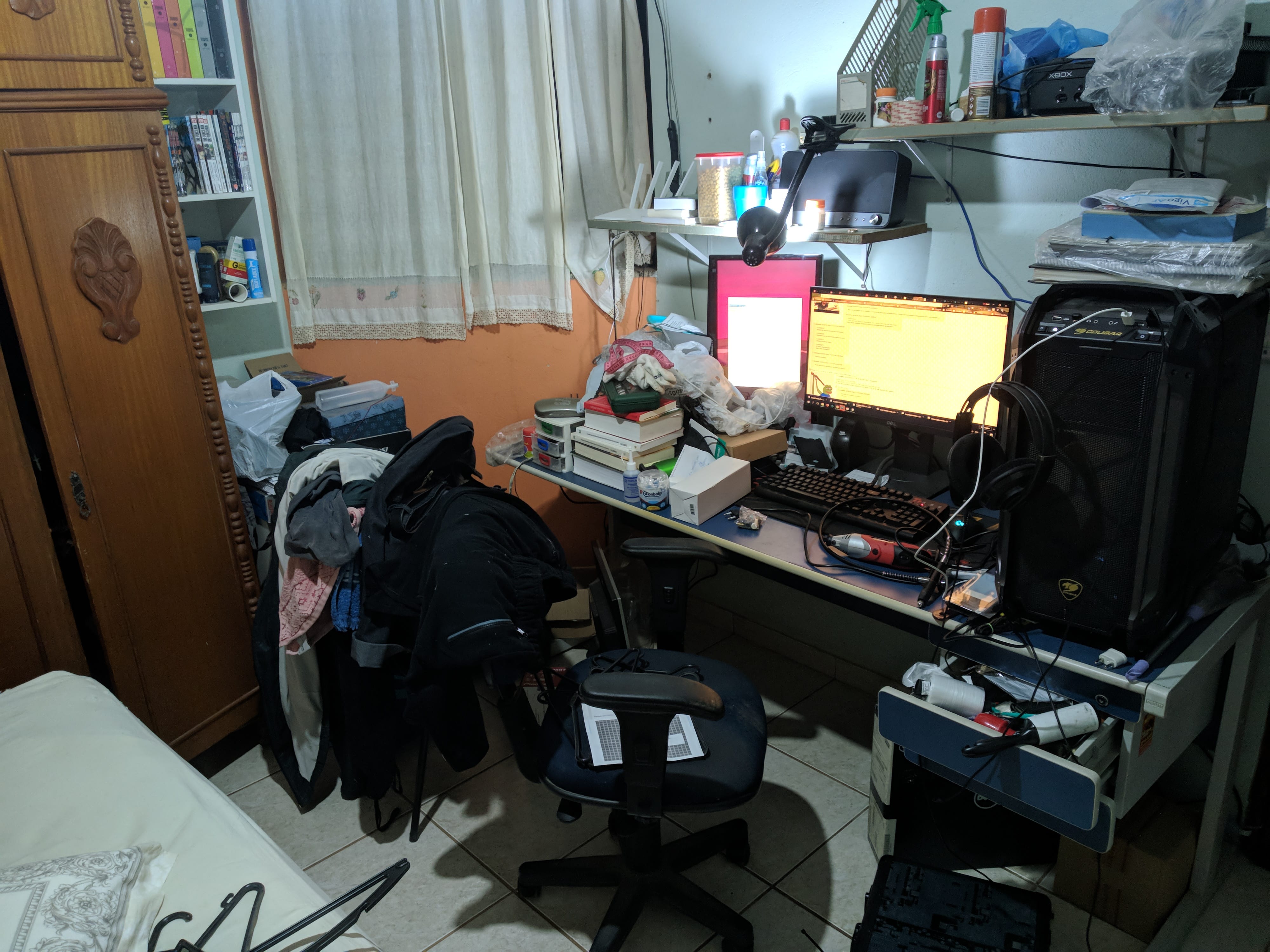 Underneath all of the mess, there is the remnants of a good PC setup here. If the owner of this setup just spent an hour cleaning their room, they’d actually have a setup to be proud of. Instead, they have this. Oh well, less cleaning time means more time for games. 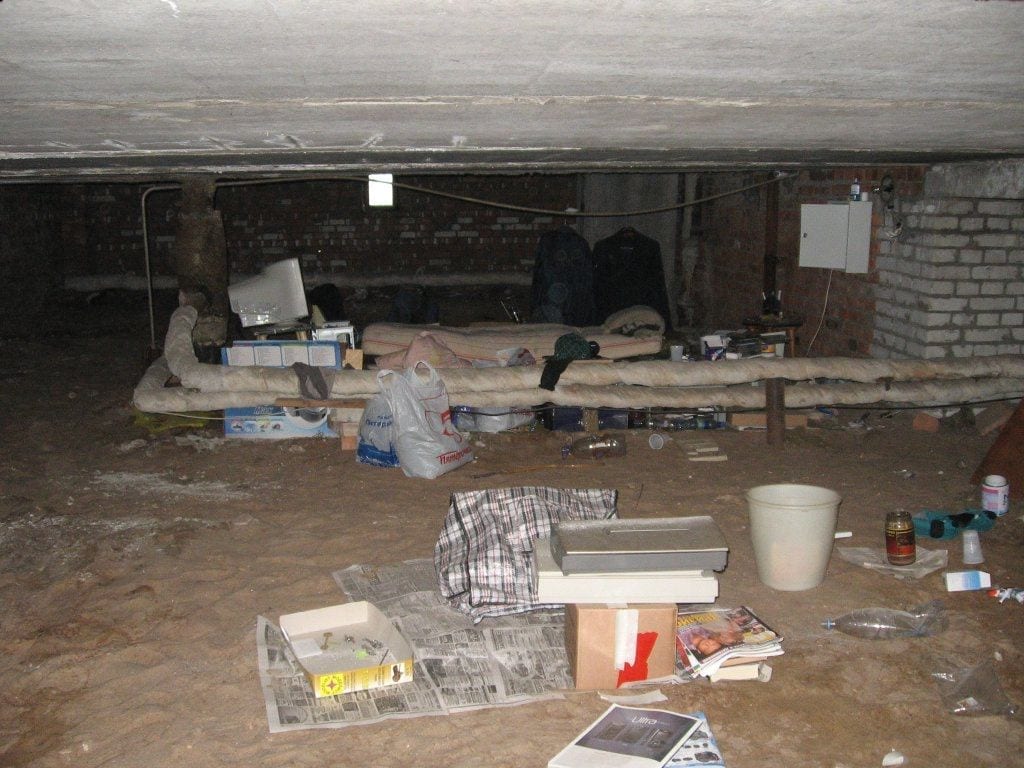 This setup actually is the stuff of nightmares. Without knowing the context, this gaming setup is just straight up creepy. 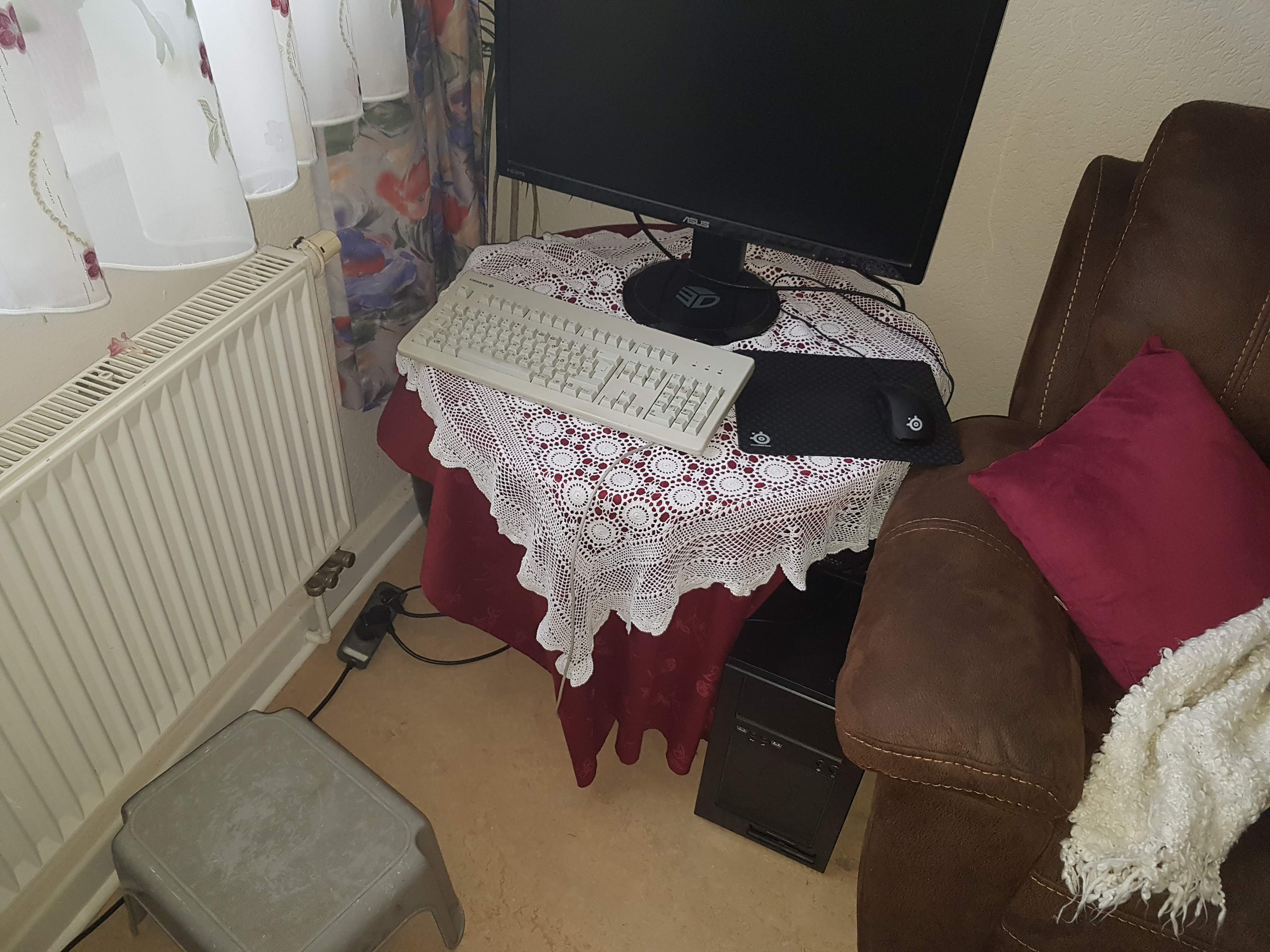 This gaming setup isn’t actually that bad when you consider the items used. A nice clean mouse pad, a decent display, and a good gaming mouse. We can only imagine the owner just doesn’t have enough room to put their setup elsewhere. I truly feel for them.

This Gaming Setup Can’t Be Good for Posture 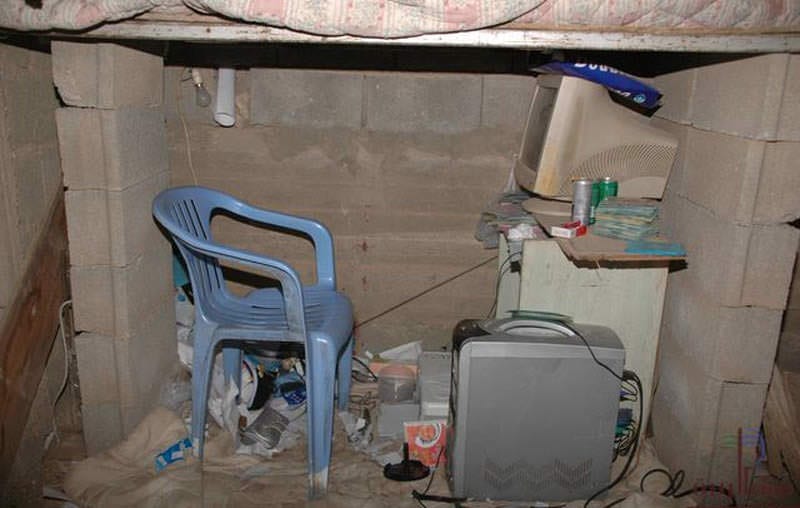 There’s so much wrong with this setup, I don’t even know where to start. How can the owner even move his chair close enough to the desk with all that junk on the floor? How can the owner play in that space without craning their neck over?

I’m actually a big fan of this one and I’d love to know more about the backstory. Somebody has taken the inside of a laptop and rigged it to a pizza box. Maybe not as durable as a standard laptop, but it’s certainly unique.

When You Have to Make Do With What You Have 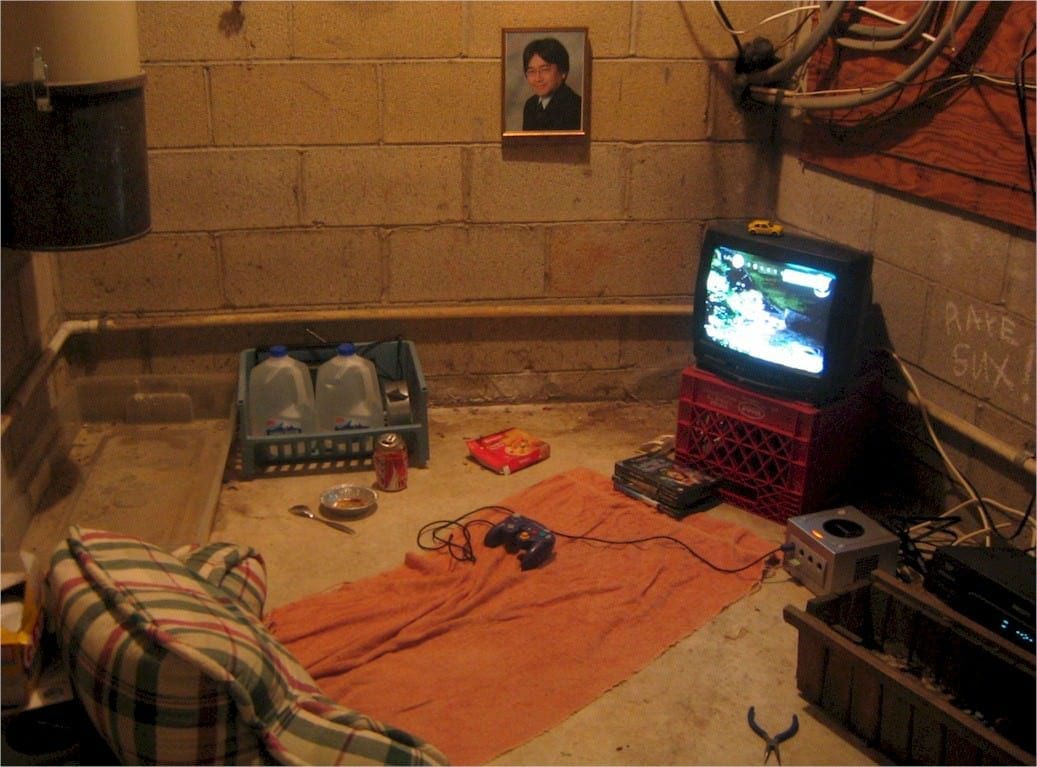 The theme with most of these setups is that most people just have no care for how everything is laid out.

Whilst this setup shown above isn’t very appealing, at least the owner has put some work in to keep things neat and somewhat comfortable. The framed picture is a significant upgrade from the printed photo I shared earlier too. 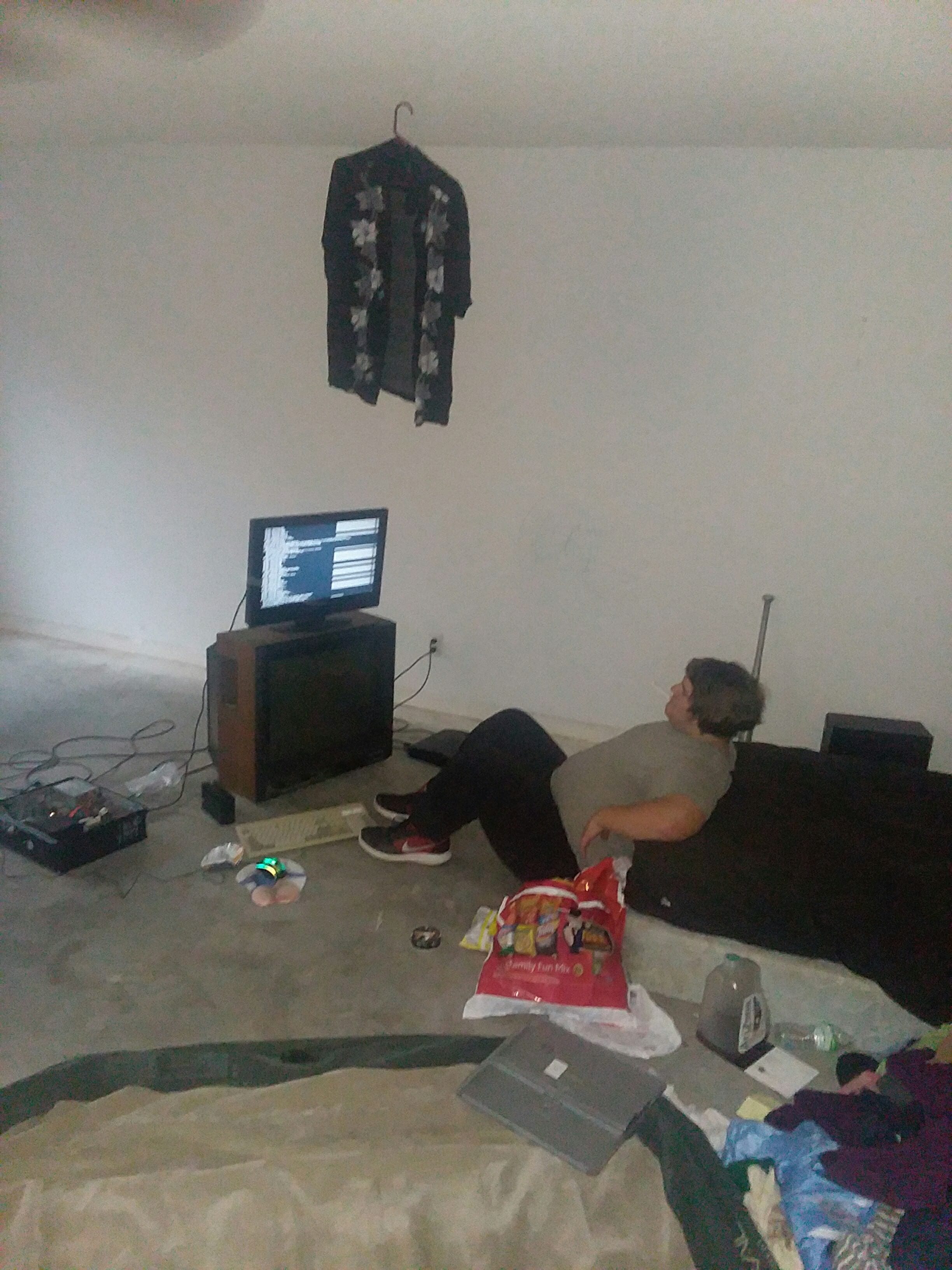 Everything about this setup is cluttered, messy, and must be a pain to play on. I can’t help but notice that the owner’s nice shirt is hanging above everything, out of the way of the mess.

Something Here Must Work, Right? 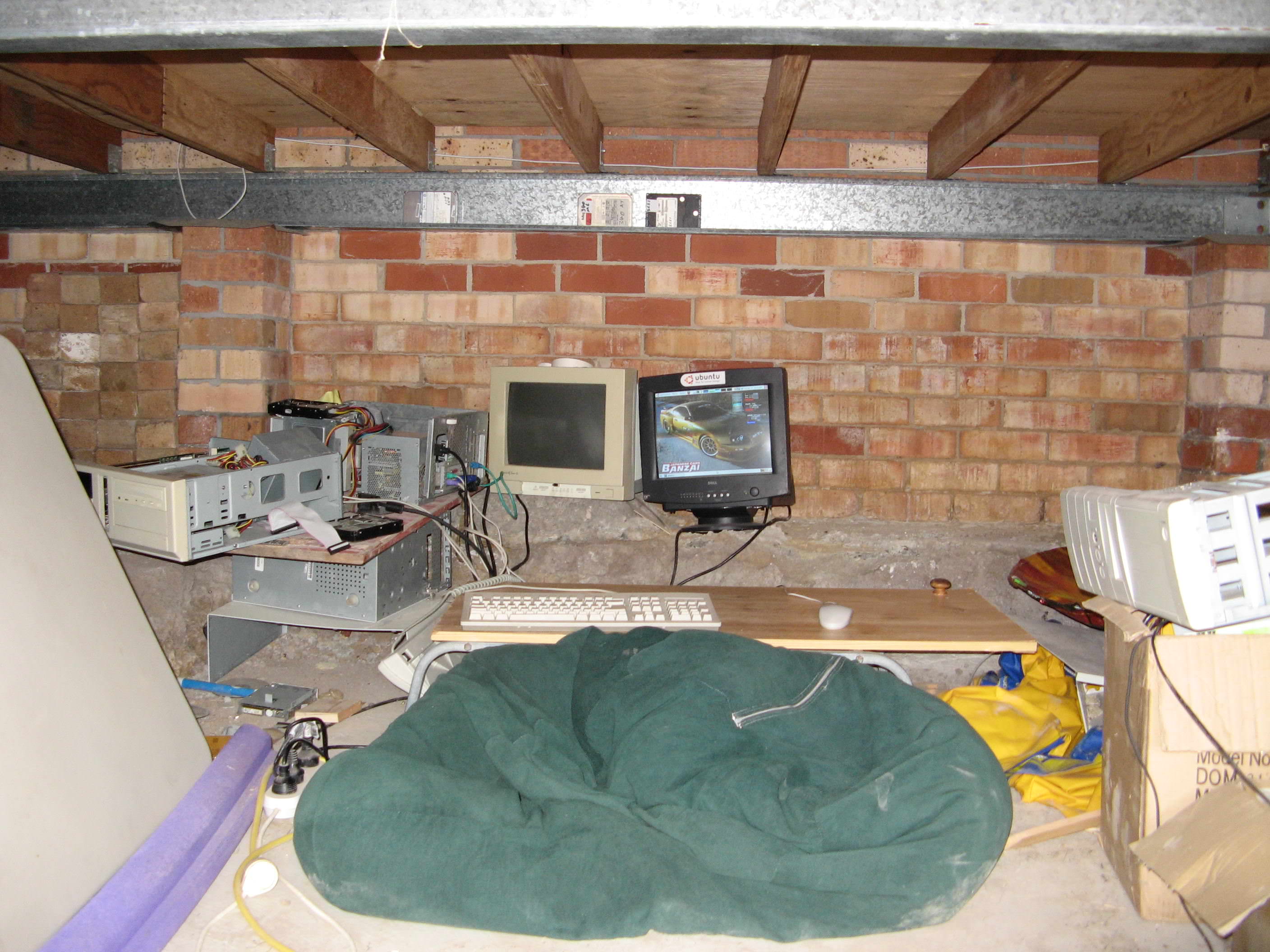 I think I count 4 separate computer cases, 2 displays, and a whole lot of wires. There are even a couple of hard drives lying around. I don’t know how one would have to live their life to end up with a setup like this. 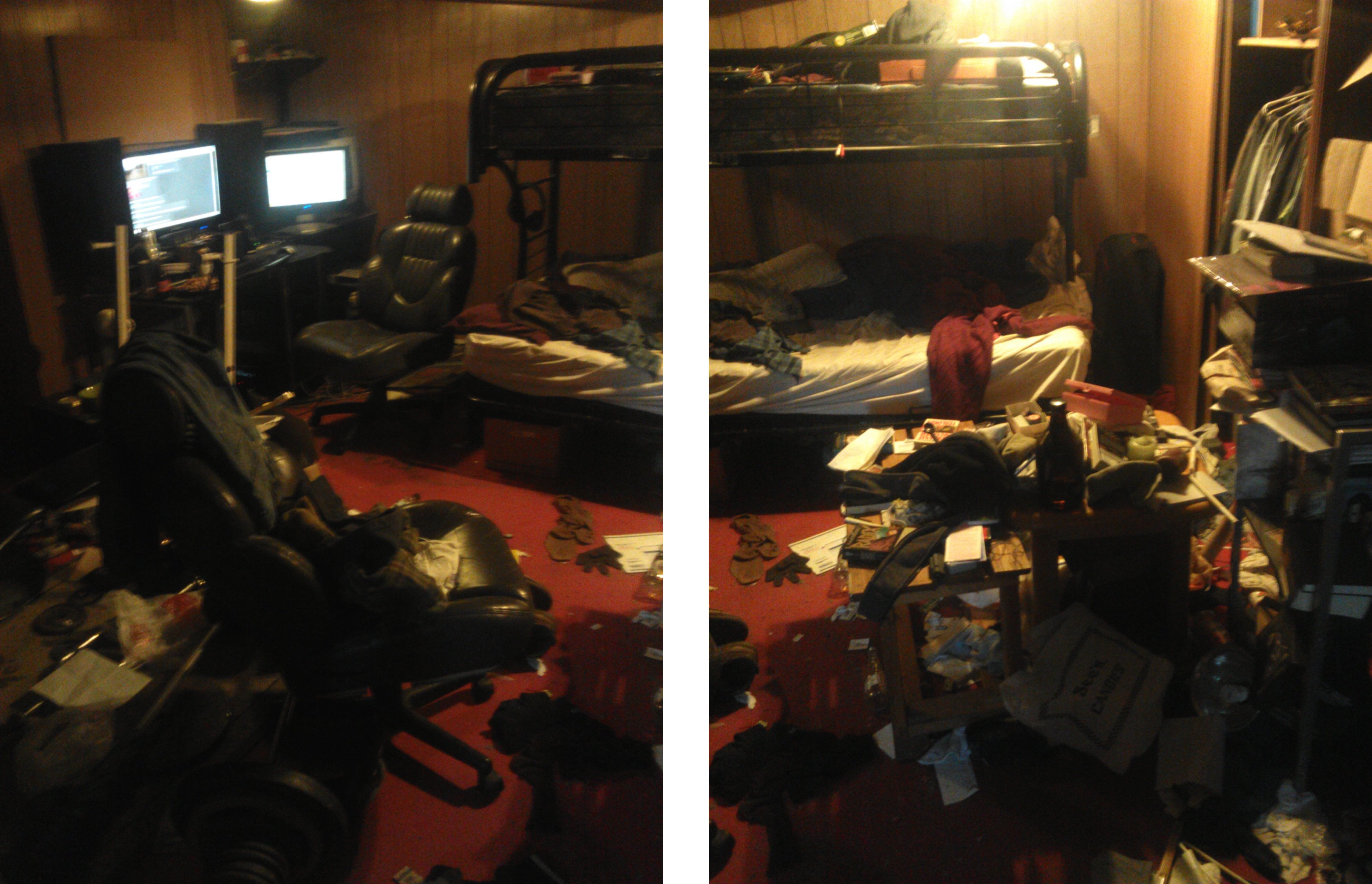 What’s worse than a messy gamer? How about two messy gamers living together in the same room? This setup is proof of that. 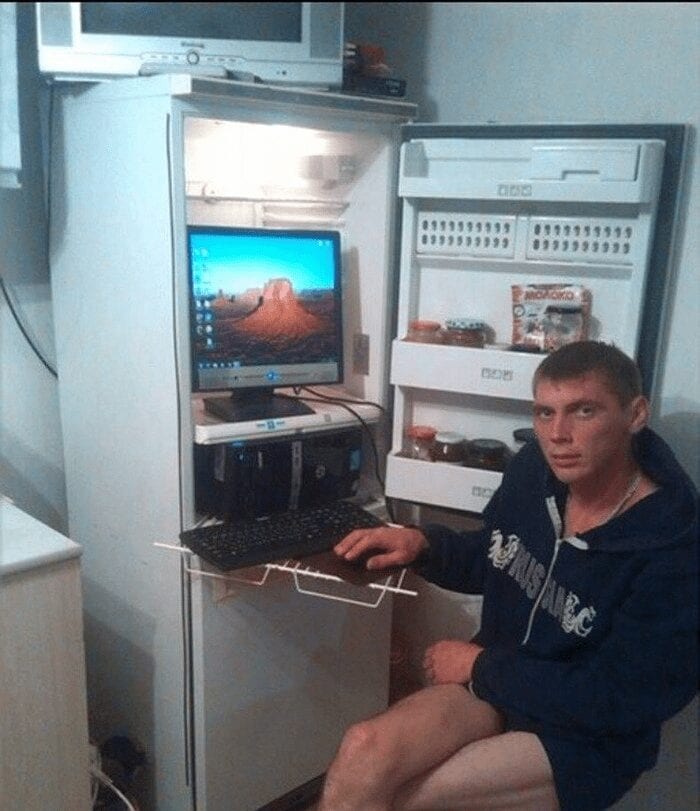 For years, gaming enthusiasts have been trying to break records by cooling their PCs with liquid nitrogen and other crazy cooling methods. Then this guy comes along and breaks every record in one swift move. There’s even a shelf on the door for snacks. 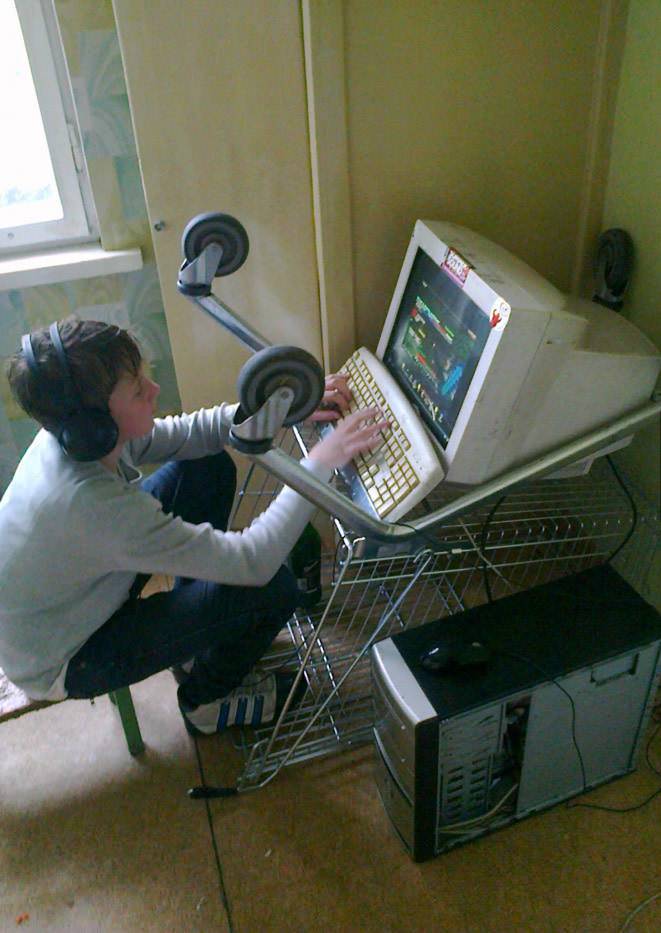 I just have one question to ask. Was this trolley stolen specifically for the setup, or was it just kind of lying around, and the kid in the picture managed to put it to good use? 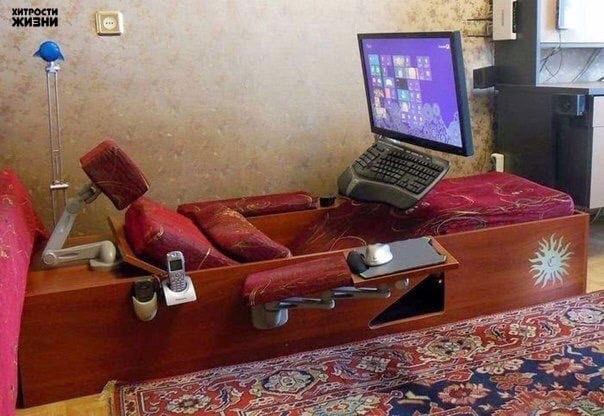 Let’s end this on a high note. This is how you play games in style. You get to lay back in comfort, you have an armrest for your mouse and pockets on the side for two phones. This guy has to be some kind of gangster.

What are your thoughts on these crazy gaming setups? If you had to have one, which would you pick?