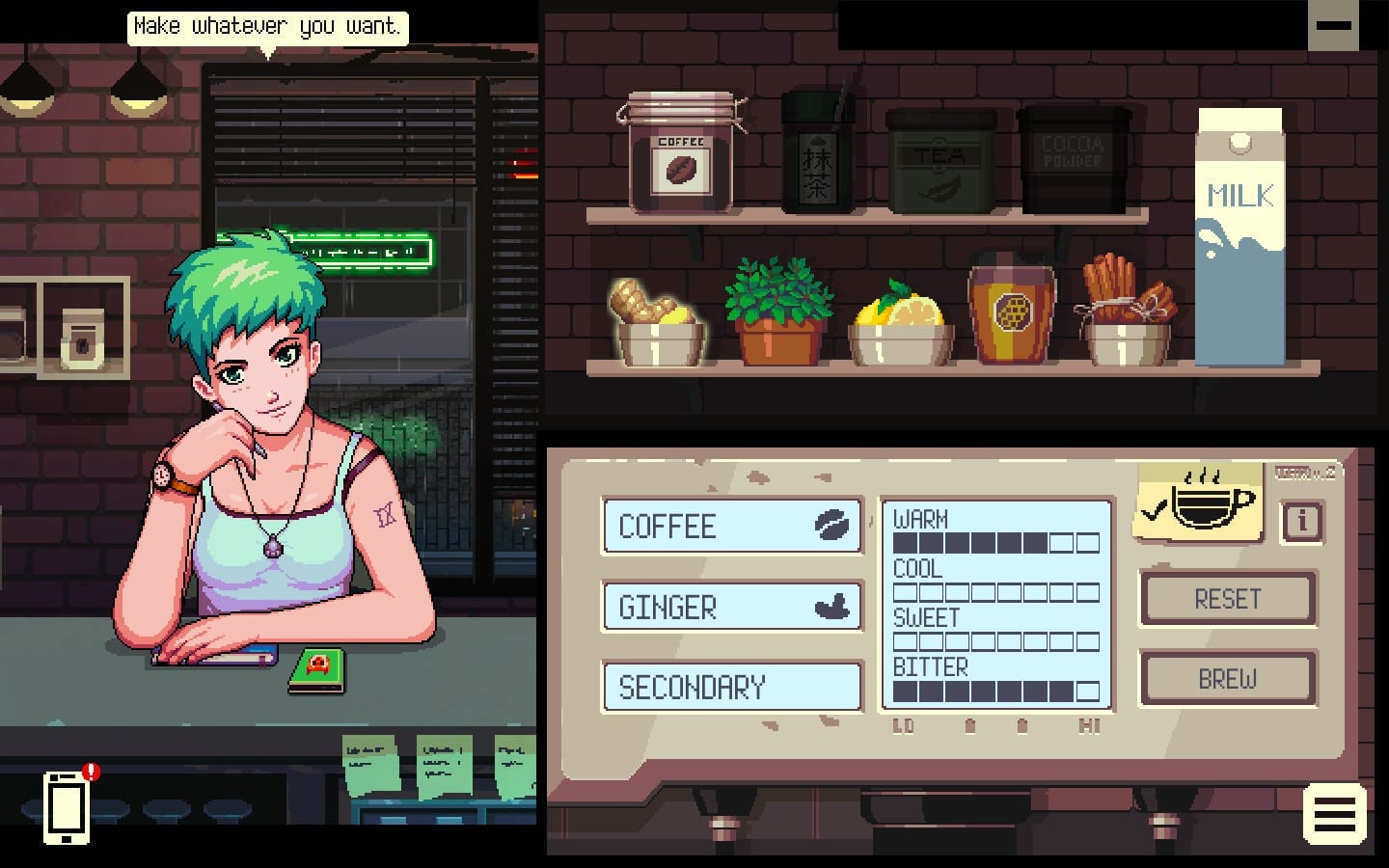 This year has seen more of a need for calming, relaxing and slow-paced games than ever before. The hectic and – let’s face it – soul-destroying 2020 we’ve all shared in has created a desperate need for escape, and that’s where Toge Production’s Coffee Talk comes in.

Released back in January of this year, Coffee Talk was a game I’d heard quite a bit of buzz about but never took the time to explore myself. Gamers across social media were (and still are) praising the title for its unique premise (you play as the owner of a late-night coffee shop); it’s focus on the importance of listening and sharing (you observe the problems of your patrons) and for its chilled-out gameplay (creating latte designs is a lot more relaxing than, say, DOOM Eternal).

GameByte’s Sara Heritage has been a huge fan of the game for a while now; so much so that she’s actually the one who convinced me to dive into the demo on Nintendo Switch. Though it wasn’t what I expected (though I don’t actually know what I did expect), I was instantly charmed.

Coffee Talk takes places in, as mentioned, a coffee shop. You’re open all night to the later patrons, those who work all day and sneak an hour with a loved one over a mocha. Or the writerly-type who doesn’t subscribe to daylight hours. You meet a cast of colourful and interesting fantasy-inspired creatures who all harbour the problems of everyday humans, and it’s up to you to listen to their stories while providing them their hot beverage of choice. Unique? Yes. Utterly absorbing and charming? Yes.

Where games like Animal Crossing: New Horizons and The Sims 4 offer an almost-literal escape from reality into a world you’ve built, Coffee Talk offers a pre-set safe space which will challenge your expectations and get you thinking, talking and feeling.

If you’re looking for a new game to help you relax and unwind, or if you’re looking to explore the lives of fantasy creature who enjoy their caffeine, Coffee Talk is a must-play.

Available across PC, Nintendo Switch, PS4 and Xbox One, Coffee Talk isn’t a massive game, but it’s one you’ll keep coming back to. It’s currently on sale on Steam, and a free demo is also available on console and PC.