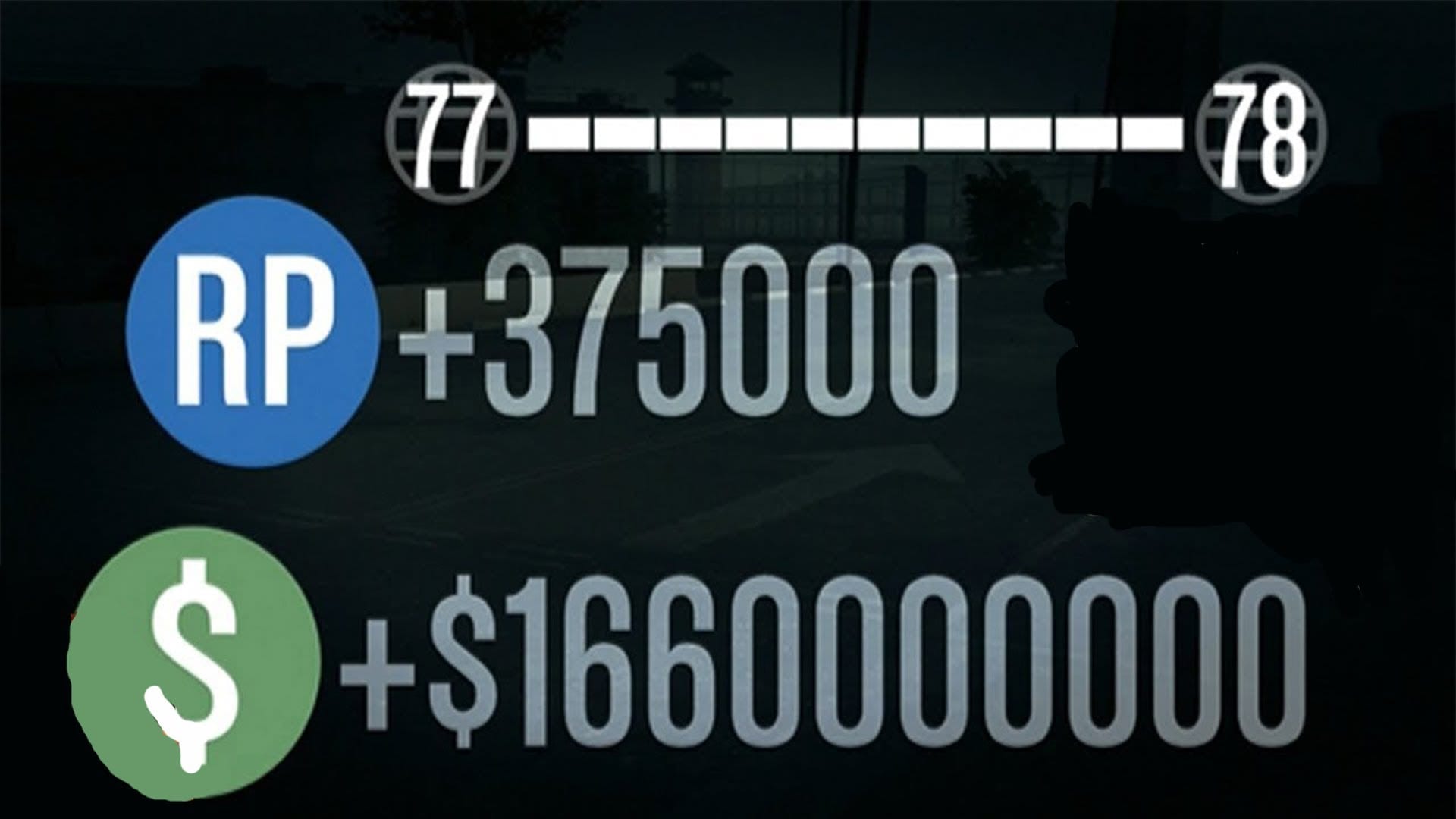 Meeting a hacker online is usually the worst possible thing that could happen. In most games, cheaters use hacks found online to get abilities that make them almost impossible to compete against.

Whether it’s an aimbot hack or cheats that let players walk through walls, most hacks just ruin the experience for everybody. That’s surprisingly not the case for GTA Online, however.

When a hacker joins a GTA Online lobby, it’s usually a fun experience for everybody involved. Despite them rarely ruining the experience for other players, Rockstar is still trying to cut down on the population of GTA Online cheaters.

Despite Rockstar’s attempts, there are still a lot of hackers that are running riot. Here’s a look at some of the weirdest things these hackers are doing in their free time on GTA Online. 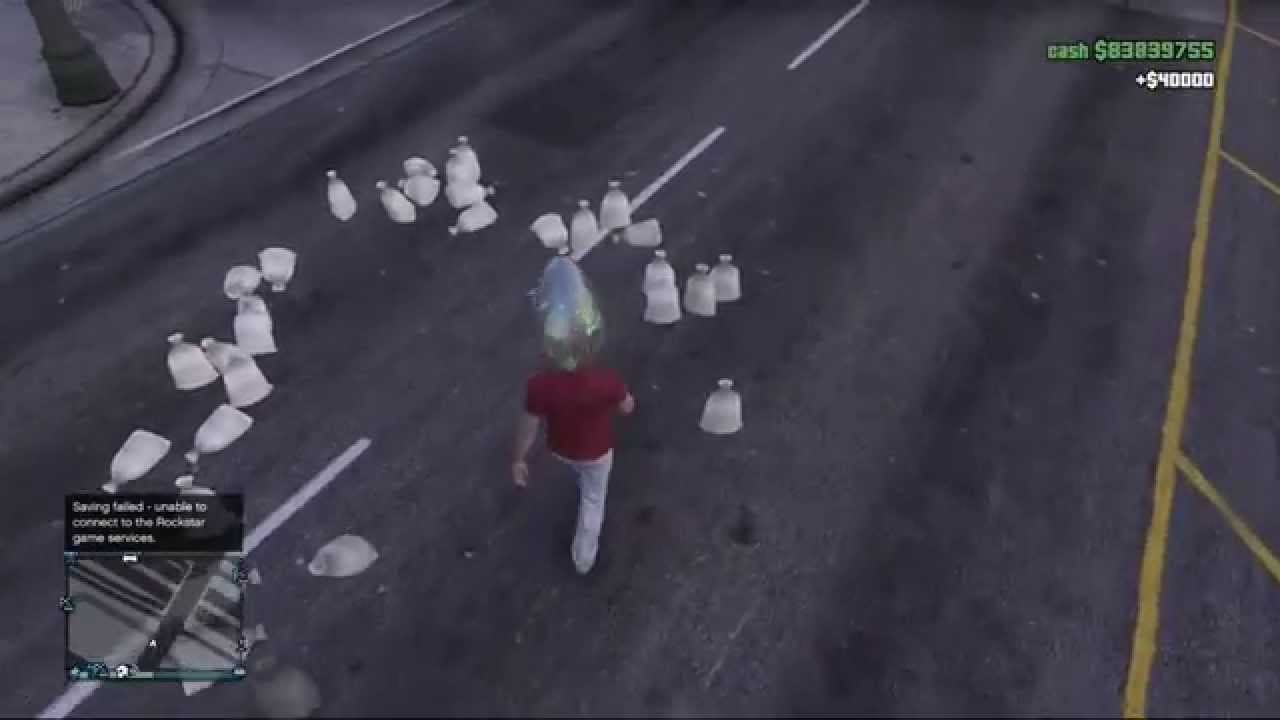 Sometimes hackers just want to be nice. In GTA Online, one of the biggest issues is the lack of money. Trying to purchase all of the weapons and vehicles can set you back millions.

It wouldn’t be so bad if Rockstar made it easier for players to earn money instead of forcing Shark cards onto people.

It’s clear that a lot of cheaters share a hatred for Rockstar’s money-grabbing tactics. To get back at Rockstar, many cheaters use their hacks to drop bags of money on player’s heads. There’s no real benefit for this kind of behavior – the cheater usually gets their account banned and they have to waste their time being in a lobby to drop the money on players manually.

Despite this, I’ve seen cheaters drop money for stranger’s more times than I can count. It’s an odd example of how cheaters can actually be some of the nicest people online. 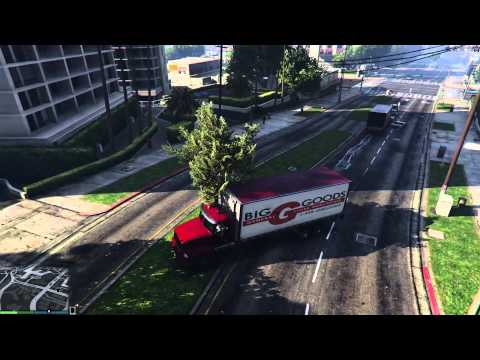 Nick Breckton, one of the hosts of Idle Thumbs, managed to document a weird encounter with a hacker on GTA Online in the video I’ve posted above.

In this video, a hacker spawns a green-haired clone of Nick that ends up piggybacking Nick’s character. Over time, the hacker starts to spawn more and more clones of Nick’s character and all of the clones start to fight Nick, all whilst one clone is stuck clinging onto Nick’s back for his life.

The hacker also starts dropping hundreds of bags that contain $40,000 and Nick was also given every weapon in the game with infinite ammo thanks to the hacker.

It’s a strange moment that left Nick wondering whether to thank the hacker or get angry at him. It certainly makes for a funny watching experience, that’s for sure.

The Giant Windmill Of Death 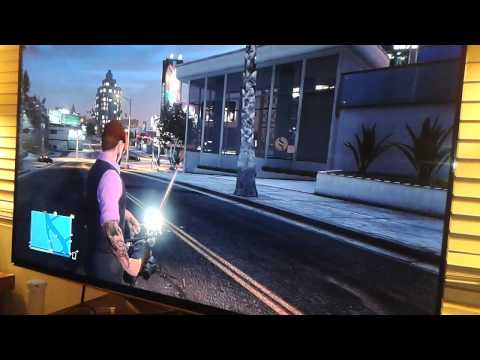 I apologize for the quality of this video, but the creator didn’t have much time to prepare a better recording solution after he came across this very strange GTA Online hack.

In the video, a hacker joins the player’s lobby and spawns a gigantic windmill right outside the players’ lobby. The windmill blocks up the road and starts spinning around, destroying any players or vehicles that come into contact with it.

Things end up getting pretty chaotic as vehicles are hit straight up into the sky. 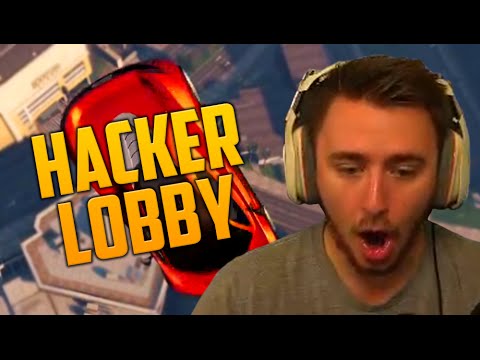 A Lot of cheaters in GTA Online will do anything to mess with a Youtuber or Streamer. In the video shown above GoldGloveTV comes across a cheater looking for online infamy.

I’m not going to lie, this kind of cheat actually looks quite fun to mess around with. It’s a shame that Rockstar doesn’t let players use these tools without getting banned. 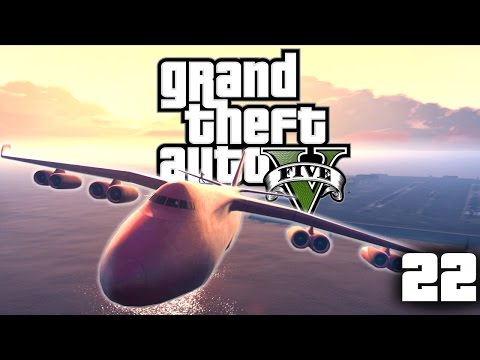 GTA Online cheaters seem to love the airfield for some reason. It’s almost like it’s an unwritten rule for cheaters to meet up at the airfield to showcase their different cheats.

In the video showcased above, it actually made sense for the cheater to use his cheats at the airport. The cheater spawned a gigantic red cargo plane in the airfield and let other players jump on top of it.

Once players were on top, the cheater flew the plane slowly through the world, letting players jump around and dance on top of the plane.

If you watch the video above, you’ll see just how massive the cargo plane actually is.

You might be surprised at just how many different hacks GTA Online cheaters have access to. In the video posted above, a cheater spends 20 minutes messing with other players on Mount Chiliad in a variety of different ways.

Highlights include turning a player into a walking car on legs, unleashing a swarm of men dressed in monkey suits, and attaching aliens to other player’s models.

Later on in the video, the cheater turns everybody into dogs. He then starts to mix and match different items to create hilarious characters. One person had his head turned into a TV, and somebody else was turned into bigfoot.

If you want to see exactly what GTA hacks are capable of, you’ll want to watch all of the way through the video posted above.

One of the biggest problems with cheaters in GTA Online is that those with hack tools can essentially do anything to other players and there’s no way to stop it. If a cheater wants to blow you up repeatedly or turn you into a cat, you won’t have any way to stop it from happening.

Seeing strange hacks online can be funny, but if you’re forced to be the subject of the hacker’s joke, it can quickly become frustrating.

We think Rockstar is right in banning players that use these kinds of tools, but perhaps Rockstar could ban players from live servers and move them hacker-only lobbies where modding tools like the ones shown in the videos above are publically allowed.

Rockstar could even let other players visit the hacker lobbies for a bit of fun every now and then.

What are your thoughts on the hacks shown in this video? What would you do if you saw a hacker in your lobby using these hacks on you?