Finding a good zombie game is a little like finding a four-leaf clover – they’re not actually that rate, but because they’re buried in a pile of generic stuff, they’re hard to find. Well, we may have a bit of a hoarding problem when it comes to zombie games, so we’ve got a good overview over some of the best ones, and we’ve assembled them here.
First up, to narrow things down: We are talking about ‘proper’ zombie games that feature the traditional kind of infected, brainless horde that makes us love the genre so much. In other words – no generic horror games and no Resident Evil. The RE games are great, but they’ve strayed from their roots a fair bit – it’s now less about the threat of zombies and more about…well, just about everything else.

Here are our favourites: 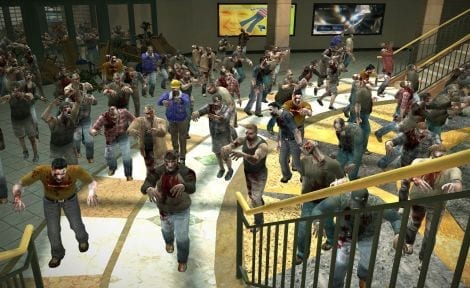 The original Dead Rising was very impressive because it managed to show so many zombies on screen at a time…sure, this is now less of an issue because of technical advancements, but this game is still one of the best zombie-killing experiences you can have.
You get a crazy amount and variety of weapons to use while you wade through gore and guts, and if a nitrogen-laced machete isn’t enough to make you pick up this game, we don’t know what will be. Protagonist Frank is definitely not one to be trifled with – we hope to be this cool if the apocalypse ever does come around. 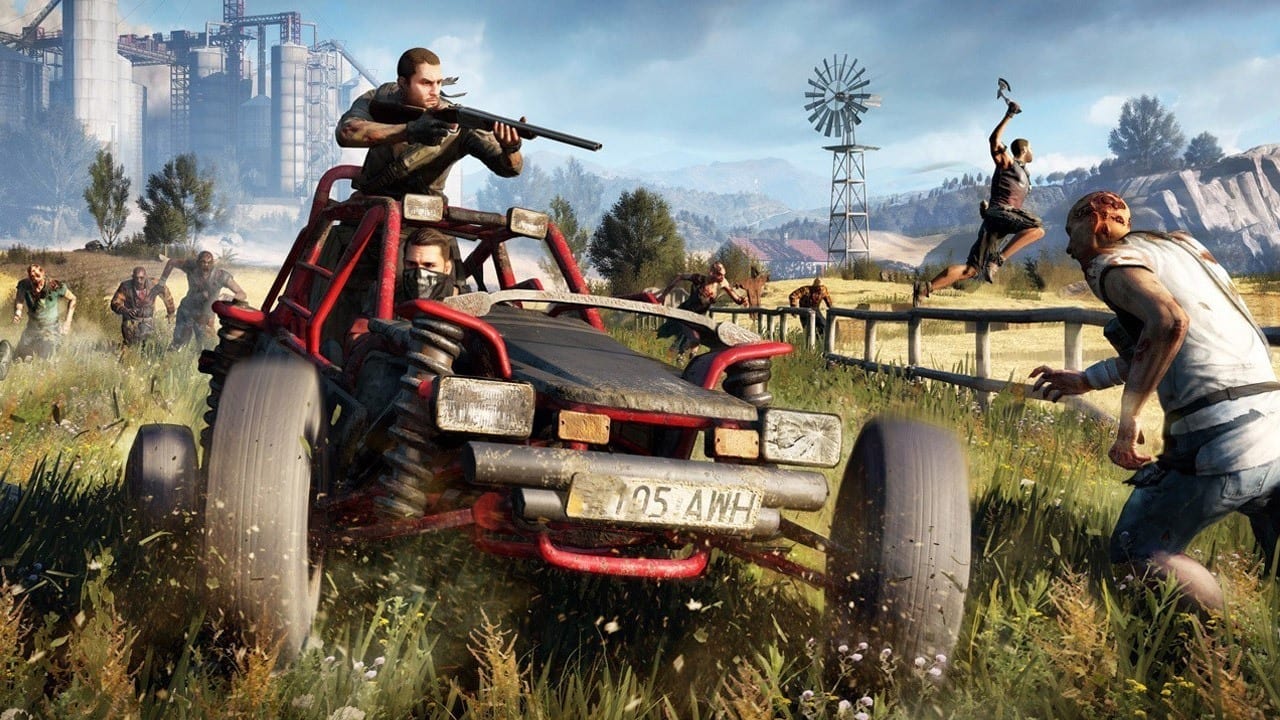 The original Dying Light was pretty cool – parkour and zombies is a combination that just works. In the DLC, we lose most of that parkour in favour of something even cooler – customisable cars. Think GTA but with zombies (that aren’t Vinewood Hills celebs). There aren’t too many games in this niche, and the DLC proves there should be. Driving around while killing zombies and investigating a cult that seems to be immune to the virus is about as much fun as you can have.
The addition of new Volatiles and the beautiful countryside we can explore makes for an amazing experience – our only complaint is that it isn’t its own full game. Zombies can already be found in pretty much every other genre, why not driving games? We’re waiting… 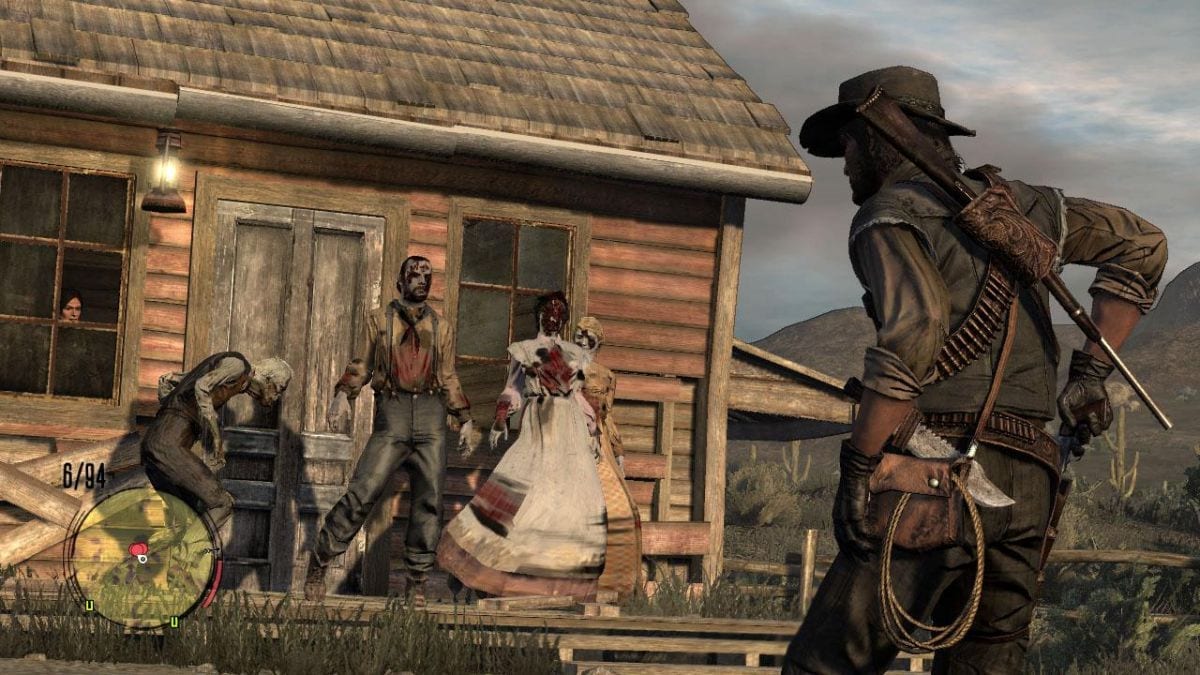 The Zombie genre has been crossed with everything from casual to sci-fi to straight up magic and we love it. The Wild West as a whole has been woefully neglected though – for a period as iconic and fun to experience as this one, that’s a shame. Thankfully, the Red Dead DLC is the perfect way to make right this terrible injustice.
We could make plenty of terrible puns here about this town not being big enough, but we’ll restrain ourselves. Red Dead itself was a great game, so we’re hoping that the new one that is supposed to come out later this year will have a Zombie mode too –we can’t wait to see what’s changed in the 8 years since the DLC came out! 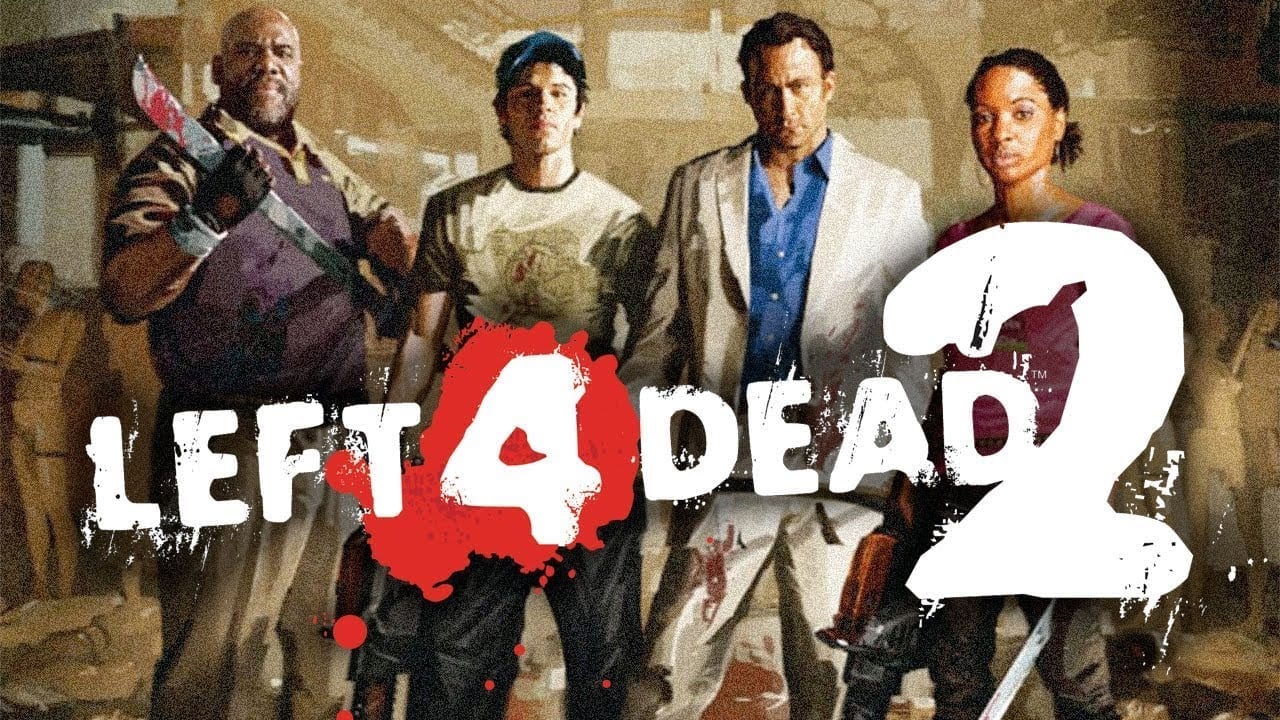 While being the only (no AI) survivor in an apocalypse is pretty scary, surviving with your mates (or some random guy from the corner store) is probably the more realistic way to go. We all fancy ourselves mavericks when it comes to a potential apocalypse, but the truth is, we’re probably closer to the Zombieland survivors than we’d like to admit. And not the cool dude either.
Regardless, in Left 4 Dead we get to be the cool guys – along with some friends! – so what’s not to love? Being zombie-chowder. But that’s what friends are for. A good friend will save you from the zombie horde, your best friend will be in the front row hunting for some brainz with you.

The Last Of Us 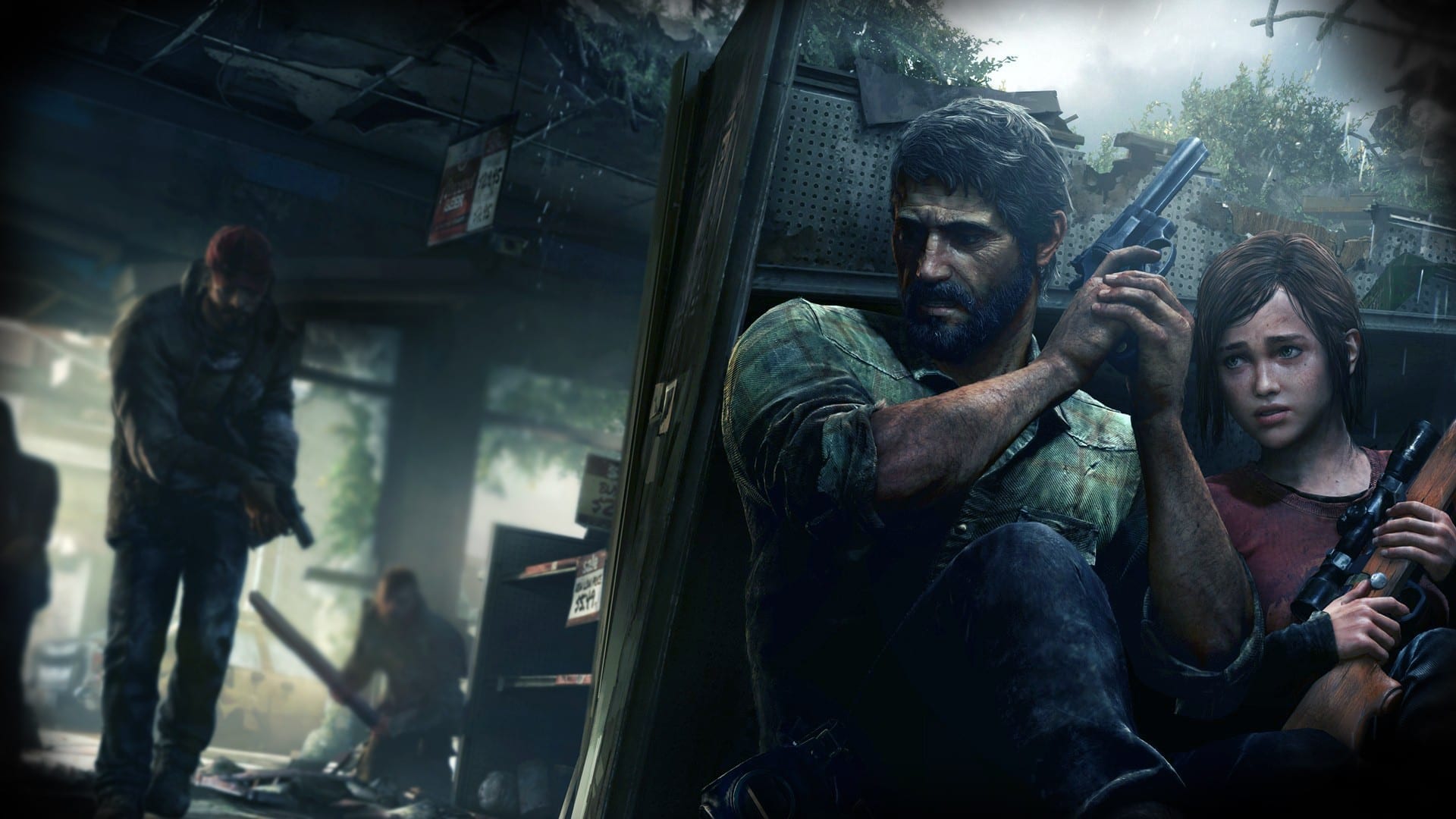 It’s been five years since this game came out – not only does it not feel that long, but damn this game aged well. If you’re looking for a complete game experience, it doesn’t get much better than this game. It’s got characters, great writing, drama and all the zombie bashing you could want.
Story is something that falls short far too often in far too many zombie games, so it’s a great relief to find one so wholesome. No aspect is neglected here, and the result is a zombie game that’ll make you cry – big manly tears of course. Very manly. 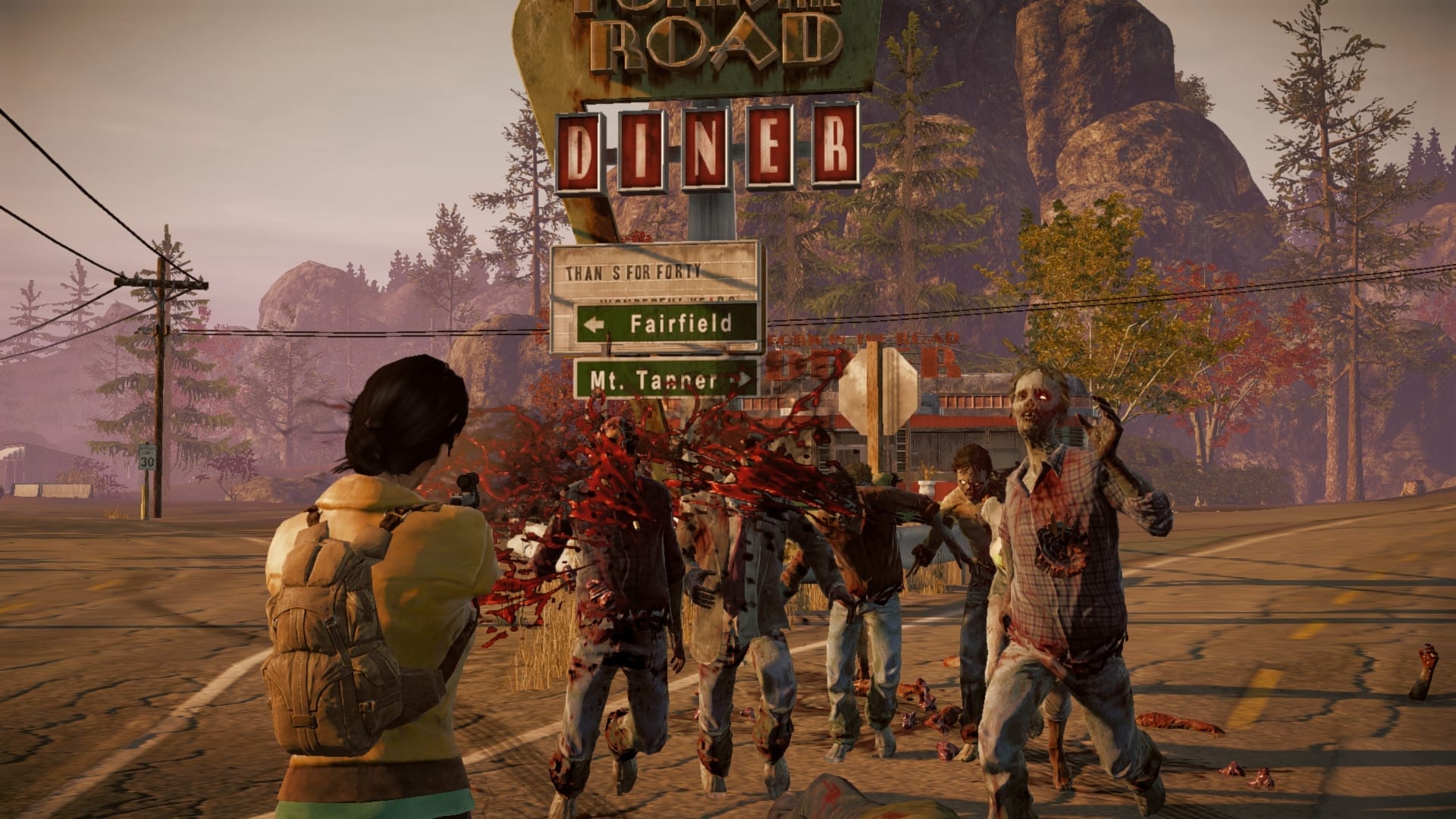 This game is very different from the usual hack and slash and stab and shoot adventure – it captures the doom and gloom that comes with a zombie apocalypse. It’s all about the despair and anguish that a group of survivors has to go through. In other words: It’s more of a simulation than an adventure.

That doesn’t make it boring though – the added difficulty of having to keep an eye on your friends is definitely a challenge. At any point they can go on a mission and not come back, they could go insane, or they can commit suicide. With death being permanent, this can get really tough. Nobody likes losing their fully-levelled character to be taken by depression… losing them to zombies is one thing, but them killing themselves is a whole different animal!