Call of Duty has had its fair share of sequels, location settings and expansions. If you haven’t heard of the game by now, well….we’re not entirely sure how you’ve achieved this, to be honest. One thing tends to plague a game series like this though, and that is discussions over which version is best. Fans of a franchise can become just as fractured over a topic, as they can over that age-old question, Xbox vs Playstation. One thing is for sure there are plenty of options for Call of Duty and players have been expressing their preferences and debating from the moment they came out.

So what are we doing in this article? Why jumping right into that discussion and adding our view to the table. Quite simply, we believe that World at War, is the best Call of Duty title out there, and here’s why.

The year is 2008, and Call of Duty has already found a special place in the hearts of players around the globe. There have been not two or three, but four games preceding World at War and fans are anxious to see what will be on offer this time. Suffice to say, they were not disappointed when this title finally hit the shelves. 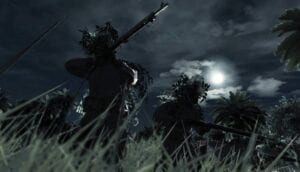 Let’s Go Somewhere New
World at War is set in the World War II era. A highly provocative time in history, and one that still has impacts that can be felt in modern day society. So many decisive battles took place across this period, that the developers had almost unlimited material to go through and pull those harrowing, real-life experiences from, and turn them into something that felt authentic. We join Private Miller, a Marine Raider, Petty Officer Locke from the US Navy and Private Dimitri Petrenko as they try to survive across several key battles that took place on the Eastern Front and Pacific. It brings with it some gritty gameplay and a lot of action in the main campaign.

Playing is Better Together

Things didn’t stop there though. The next great feature for this title was its iconic multiplayer. Here mechanics that were successful in the fourth title in the series such as vehicles, were brought into World at War and given a tune-up and further polish. The result was unique strategies and a lot of fun for the returning players, as well as an exciting experience for the new ones. The now familiar leveling system was also present, allowing players to unlock gear and weaponry as they honed their shooting skills on the battlefield.

The game sold well initially, and even today remains popular, a testament to the fantastic gameplay experience that it was. Why this title over all of the others though? Glad you asked. 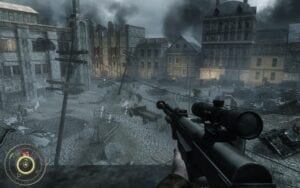 Despite being the fifth title in the series, the gameplay was still developing and the player base relatively new. Nowadays, the more recent releases such as Black Ops III etc. feel a lot like they are trying too hard at times. They often feel like they are trying to scrape about for a new feature to add in, just to put in something new. Now, that isn’t to say there weren’t problems with World at War, indeed there are several game-breaking glitches and bugs that could bring a match to a standstill, but the underlying game itself was new and innovative for its time.

Features were carefully planned in and a heck of a lot of thought and planning went into how mechanics would link together, and even what would go into the maps that were available. There were plenty of places to go, iconic battles to take place in and the game environments matched as closely as possible. The reward was interesting locales that you could traverse in the main campaign, or explore while trying to avoid being shot at in multiplayer.

One of the most stand-out features that this title had though, was the ability to play it your way. For the first time in the series, players no longer had a set objective and a single way to get there. There were multiple ways to complete tasks, allowing players to fund a style they were comfortable with or skilled at, and use that to complete the campaign. This new-found freedom was just what the series needed and stopped it being something of a rinse and repeat format.

Players are able to move through the campaign in their own way, making use of their AI driven comrades to secure points and unlock secrets. Yes, that’s right, World at War had secrets hidden on the maps that could be located. The best thing was that these secrets actually provide bonuses in co-op mode such as reduced enemy endurance.

Most players are familiar with the concept of the ‘zombie mode’ minigame that comes with each title. What a lot of them overlook, is the fact that WaW is where this mode was first introduced. A player and up to 3 friends can play together, facing off against wave after wave of zombies. Fortifying a building and guarding all the entrances becomes key, as well as working together to ensure the zombies cannot sneak up on the group to wreak havoc.

As you can see there are plenty of massive positives, as well as the introduction of some now much-loved game modes that went into World at War. Many players fell in love with the series through WaW and are still avid fans today. It saved the franchise from feeling like the same game over and over again and loaded it up as somewhere to game with friends. It even kept split-screen an option if people wanted to play co-op and locally, something that is a rarity these days. It’s for all of these reasons that we feel, this game is the best title in the series.