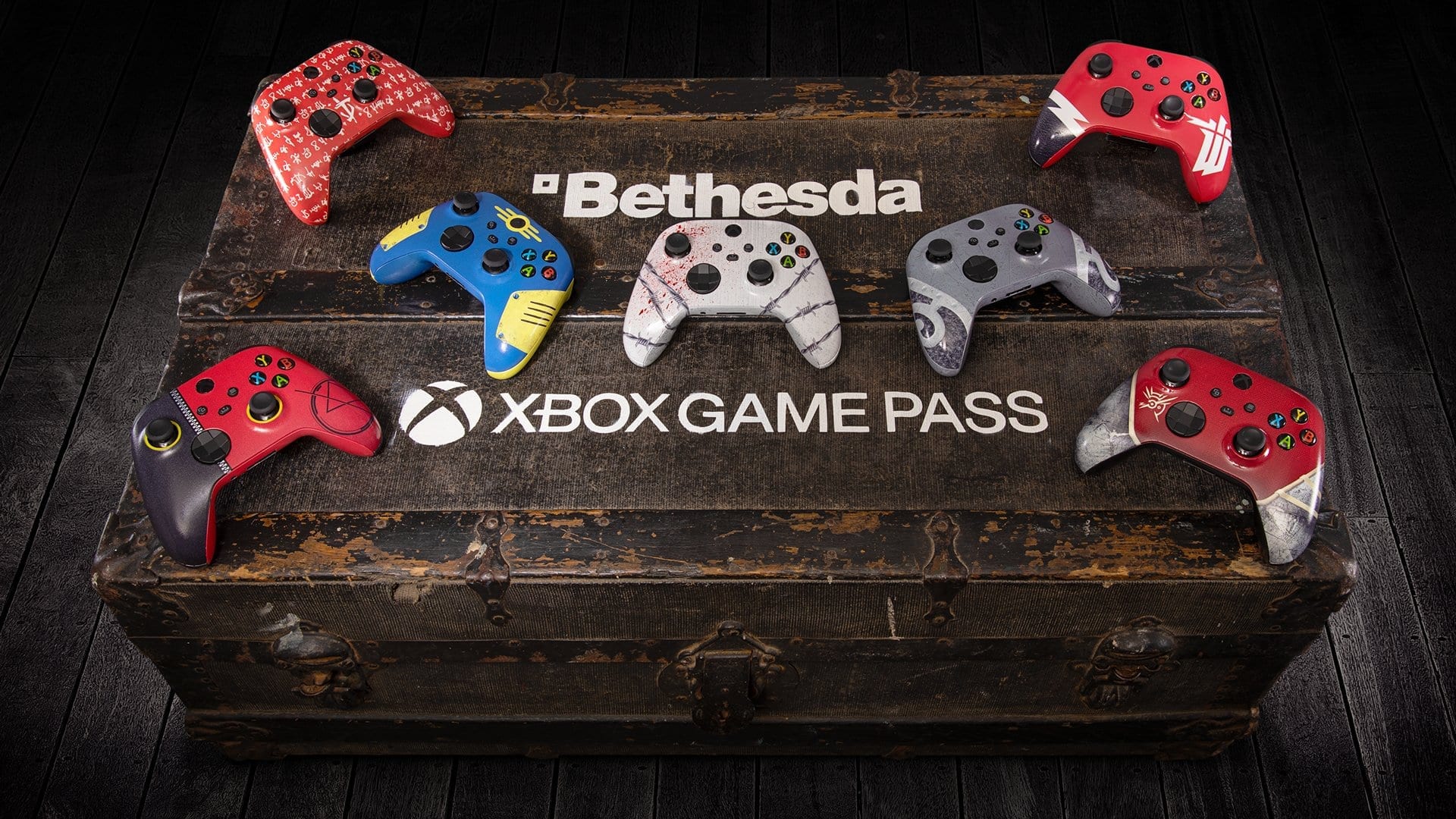 Microsoft and Bethesda are giving away awesome Bethesda game-themed Xbox controllers in a competition you won’t want to miss!

The lucky winner will receive not one but seven limited edition custom controllers based on Dishonored, Prey, DOOM, Fallout, The Evil Within, Wolfenstein, and The Elder Scrolls Online.

Xbox Marketing Manager at Microsoft Aaron Greenberg showed off the snazzy custom controllers, which come in a very fitting treasure chest, in the tweet below.

“We are giving away this extremely limited #BethesdaJoinsXbox collection to a lucky fan.  Don’t miss the details tomorrow on the Xbox Twitter handle!” said Greenberg in a tweet.

“May we interest you in these custom Bethesda controllers?  Just RT #BethesdaSweepstakes for a chance to win!  Ends April 16, 2021, at 7pm PT,” revealed Xbox.

As a fan of all of these Bethesda titles, this would be an amazing competition to win. Sadly however I, like many, won’t be in with a chance to claim this awesome gaming loot.

According to the competition’s Terms & Conditions, only residents of the United States are eligible, so if you live anywhere else in the world, tough luck.

Hopefully, Xbox might run the same competition in other regions of the world, but I wouldn’t hold your breath.

However, it’s not like any of these controllers are the Xbox Elite Series 2, so I wouldn’t want them anyway…Pfft!

This competition is in celebration of Microsoft’s acquisition of Bethesda’s parent company, ZeniMax Media. The buy-out has resulted in 20 Bethesda titles recently being added to Xbox Game Pass.

If you are outside of the US and you’re looking for a new Xbox controller, Microsoft recently revealed two new colours coming to the range: Electric Volt arriving April 27th, and Daystrike Camo arriving May 4th.

Have you entered the competition to win the treasure chest of limited edition Bethesda-themed controllers? Let us know across our social media channels.