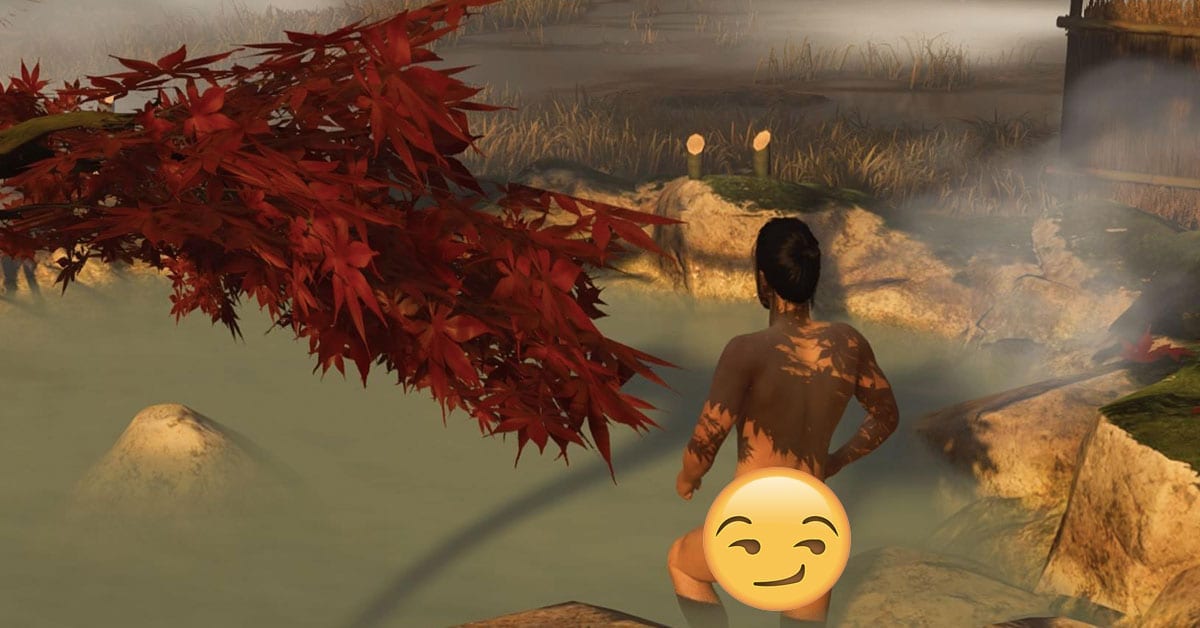 Jin Sakai actor, Daisuke Tsuji, has stated that he’d be up for butt nudity should he be cast in the upcoming Ghost of Tsushima movie. Butt will he?

The news of the movie adaptation was only announced a few short days ago, so at this time (March 31st), there are no actors officially attached to the project. However, that hasn’t stopped fans from calling for Tsuji to reprise his role for the silver-screen adaptation.

Ghost of Tsushima has a gripping story all about reclaiming your land from invaders, but in the process of regaining what you’ve lost, you must question everything that you (or rather, Jin) have morally stood for.

The gameplay is smooth, the visuals are stunning, the music is incredible and the acting is amongst the best that I’ve ever seen in a video game.

Daisuke Tsuji’s performance alone is top-notch, and the game even uses his likeness, so could there be a more perfect person to play the role of Jin Sakai in the movie? I don’t think that there is.

Oh, and Tsuji is also willing to go butt naked in the movie too! Okay, that might seem like a random thing to suddenly say for someone that has not played the game. Let me explain.

In the PS4 video game, Jin shows off his butt whenever he bathes, so there is logic to the butt naked statement.

“If I get to play Jin in the live-action Ghost, let it be known that I fully agree to doing butt nudity,” said Tsuji in a tweet. While joking, fans are very hopeful we’ll see the actor reprise his role for the film!

As perfect as Daisuke Tsuji would be for the role, it is of course likely that movie decision-makers will cast someone new in the role of Jin Sakai.

If this were to happen, Hiroyuki Sanada, who plays Scorpion in the Mortal Kombat reboot would be a great shout in my opinion!

Sony and PlayStation Productions will be developing the Ghost of Tsushima movie with John Wick’s Chad Stahelski directing.

Stahelski, Alex Young, and Jason Spitz will be producing the movie through their shared company, 87Eleven Entertainment. Asad Qizilbash and Carter Swan will also be producing, on behalf of PlayStation Productions.

Who do you believe should play the role of Jin Sakai in the Ghost of Tsushima movie? Let us know across our social media channels.