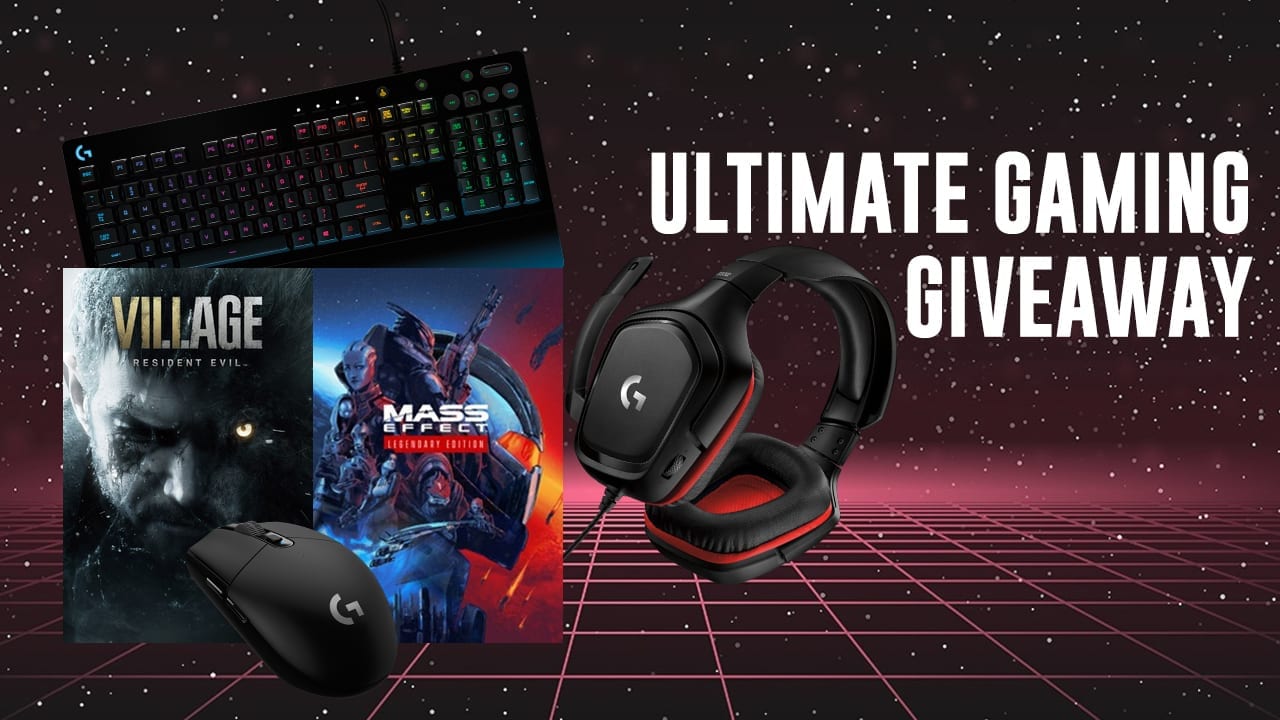 It’s a big month for game releases. Resident Evil Village is out now and terrifying gamers. So too is Mass Effect Legendary Edition, which is allowing gaming fans to revisit the epic Mass Effect trilogy with improved graphics and gameplay.

To celebrate such a great month of gaming we’ve teamed up with Logitech G to bring you the ultimate gaming competition. Not only will you get Resident Evil Village and Mass Effect Legendary Edition on a platform of your choice if you win but you’ll get a whole host of Logitech G goodies too!

On top of the games, you’ll also get a Logitech G332 headset, a Logitech G213 keyboard and a Logitech G305 wireless mouse. All of this means you can level up your gaming not only for as long as you play Resident Evil Village and Mass Effect Legendary Edition but forever!

You can enter the competition above.

The Logitech G332 produces high-quality sound to really help make it feel like you’re in the game. A handy flip-to-mute microphone makes it easy to go silent when you need to and the fact it works on console, PC and mobile means you can use it no matter what you’re playing on.

Logitech’s G213 comes equipped with on board media controls and even has an integrated palm rest to help make those long sessions even more comfortable. It also comes with glorious lightsync RGB, which really makes the colours of the RGB pop with what you’re playing.

The final part of the prize bundle is the Logitech G305. A lightspeed wireless mouse that allows you to be free from wires and is super lightweight to use. Six fully-programmable buttons and a hero sensor with a max DPI of 12,000 means it’s a mouse you can customise to be just how you want it.

What are you waiting for? Enter the competition now for your chance to win!

Part of a paid partnership between GameByte and Logitech G.

Celebrate The Release Of Resident Evil Village With Logitech G!