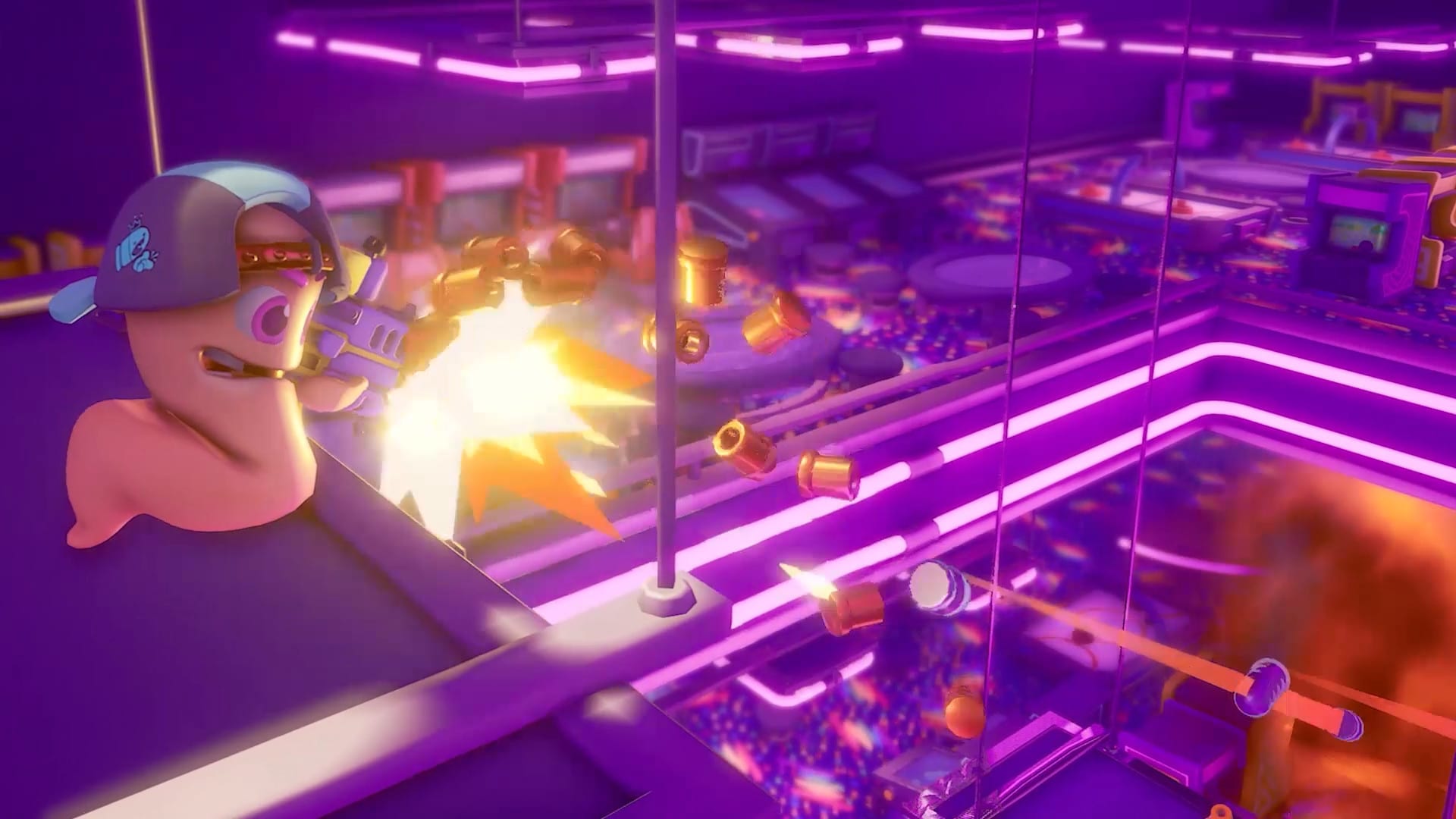 It’s official: Worms is coming back in style with the newly-revealed Worms Rumble. Rumble promises to be Worms like we’ve never seen it before, and from the trailer reveal it definitely looks as though we’ll be in for a treat!

Over on Steam, the game’s official description reads as follows: “Worms Rumble is Worms like you’ve never played it before, with intense, real-time, arena-based 32 player cross-platform combat. Get ready to rumble in Deathmatch or Last Worm Standing modes where you’re only ever a Holy Hand Grenade away from death!

“Use a variety of fan-favourite weapons like the Bazooka and Shotgun plus all-new additions to the armoury to bring the pain to your invertebrate opponents as you climb the ranks. Customise your worm, take part in challenges and seasonal events and experiment with new ways to play in The Lab. This is Worms, reinvented.

“You won’t find any turn-based combat in Worms Rumble. Every round is in REAL TIME! If your enemy is raining fire upon you, give them heck right back!”

In case you missed it, check out the reveal trailer below!

Worms Rumble is set to land on PC and PlayStation 4 later this year, with a PS5 version planned when the next-gen console lands.

If you’re totally feeling the Worms love right now, you can pick up one of the fully licensed Worms Incoming T-shirts, brought to you by SevenSquared and Team17. 100% of the profits will go to mental health gaming charity, Safe in Our World, and really do you need a better excuse than that?

Check out the T shirts here, or find out more about Safe in Our World here.