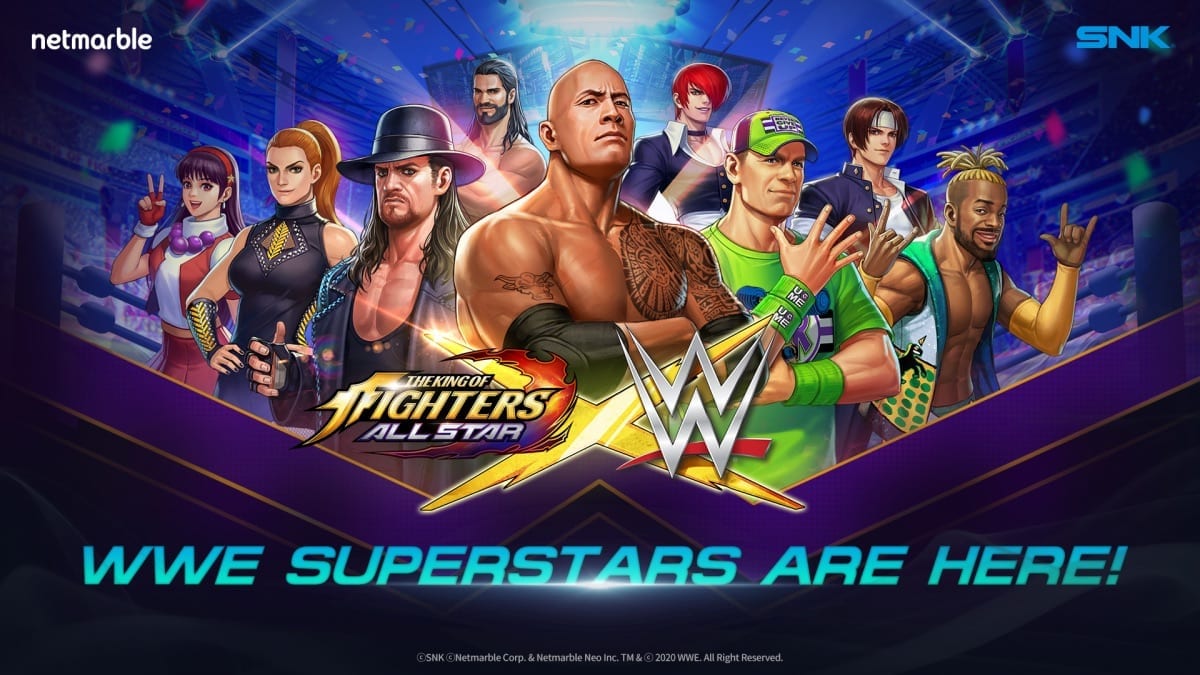 Earlier this summer the world of mobile gaming saw an ambitious collaboration, when WWE partnered with The King of Fighters ALLSTAR. The industry titans banded together to bring some of the biggest stars of the WWE to Netmarble’s popular mobile fighting game, with new game features, events and more.

The limited-time celebration saw the likes of WWE Superstars The Rock, John Cena, The Undertaker, Becky Lynch, Seth Rollins and Kofi Kingston join the roster of ALLSTAR, each with their signature moves and mannerisms.

GameByte spoke with Netmarble US’ lead producer, Travis Marshall, to discuss the partnership and the challenges that come with big brand collaborations.

“I think creating a fun, inspiring, and effective crossover event is inherently challenging,” Marshall said. “Blending together two unique worlds in an authentic way is always the focus, but a lot really needs to be considered to achieve this.

“Understanding the intellectual property being integrated, to me, is the secret sauce. Not only do you need to understand every detail about guest character physical appearances, but you also need to know each guest’s backstory to write properly for them, and also to understand the small nuances that the fans will want to see.”

Crossover events in gaming are pretty common nowadays, but it’s hard to find the balance between creating new and exciting opportunities for players without them feeling too tacked-on. As Marshall explained, this is something that the development team were more than prepared to deal with.

“Doing more than the bare minimum is the key here, and with THE KING OF FIGHTERS ALLSTAR, what I think helped the WWE crossover event do so well was the amount of content we provided,” said Marshall.

“The story also played a huge factor in making the event feel authentic, and the interactions we created definitely helped the event get shared more on Twitter, Facebook, Reddit, and more.”

The WWE Superstars event isn’t King of Fighters ALLSTAR’s first crossover event, with the likes of Tekken and Samurai Shodown coming before it. With so many great collaborations already ticked off, we wanted to know what the future looks like for ALLSTAR.

“We plan to continue releasing monthly updates with exciting and fresh new content,” explained Marshall. “We are also keeping our eye on fan sentiment and plan to make changes to the game in future updates to create the best possible experience for our players.”

As for Netmarble as a company, the future is looking bright, with Marshall revealing plans with Marvel Future Revolution, and a new game based on BTS’ IP.

The WWE Superstar event may now be over, but that doesn’t mean it’s the end of the line for the partnership. We wanted to know what a future WWE event might look like, should our favourite wrestlers return to ALLSTAR.

“I think if we were to do another round, I’d love to see where else we could push the storyline. There are so many more opportunities to create epic moments, and if we were even able to throw a few new Superstars into the mix, that would certainly spice things up as well.”

As for leaving the mobile gaming sphere, could we be seeing The King of Fighters ALLSTAR come to console? Maybe, says Marshall!

“Netmarble is definitely interested in the console-games space. As to whether THE KING OF FIGHTERS ALLSTAR will ever make it to consoles that is still unclear. We’ll see what the future holds.”

If you’re interested in checking out The King of Fighters ALLSTAR you can download it on Google Play and the App Store. What collaboration would you like to see the game do next? Make sure to let us know!