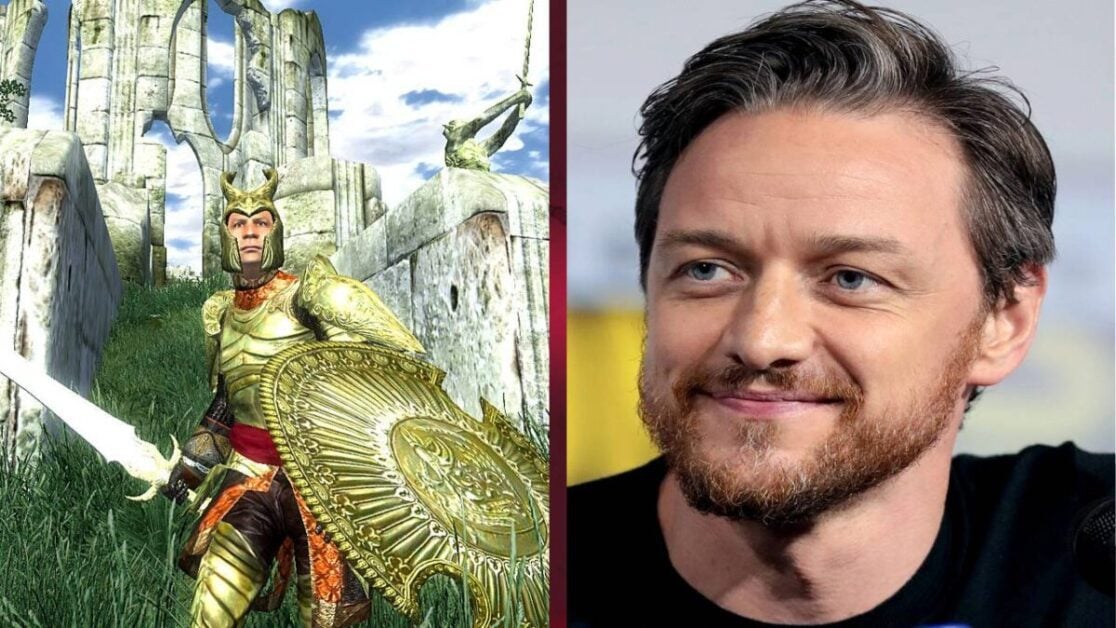 James McAvoy is one of Scotland’s finest actors and has had an illustrious career so far. However, the X-Men star has revealed that his career was once almost jeopardised by none other than The Elder Scrolls IV: Oblivion [via TheGamer].

During a conversation with Forbes, McAvoy shared his love for grand RPG adventures. Yet, while playing video games is usually an enjoyable past time, the actor claims he had to literally burn the game to stop playing:

“So I’m over there in Dublin. I’m, like, having to go to bed at 10pm, because I’m getting up at 6am every morning, and I’ve got tons of lines, and all that kind of stuff. And I’m just staying up until four in the morning just playing Oblivion. And I was thinking, ‘This game is sending me to Oblivion.’

“I just put the disc on it and just watched it sort of, like, singe and melt a little bit. And I was like, ‘Right, we’re done, we’re over, never again!’”

Thankfully, McAvoy’s unhealthy relationship with Bethesda’s epic RPG hasn’t ruined gaming for the actor. In fact, the Glaswegian also stated that video games have been a “lifesaver” throughout the ongoing pandemic:

“During the pandemic, me and my boys, we’re all 40-something dudes with gray hair, bald spots, and all sorts of sh*t, we now talk every two or three nights, playing Warzone and we talk about life, love, everything while getting absolutely annihilated by 12-year-old children from other countries.

Who knows, perhaps McAvoy will one day dive back into the wonderful world of The Elder Scrolls. While RPGs can be a great time sink, perhaps the actor should hold off until retirement before giving Skyrim a try. You can currently catch him as the star of his own video game, Twelve Minutes, which recently debuted on Xbox and PC.