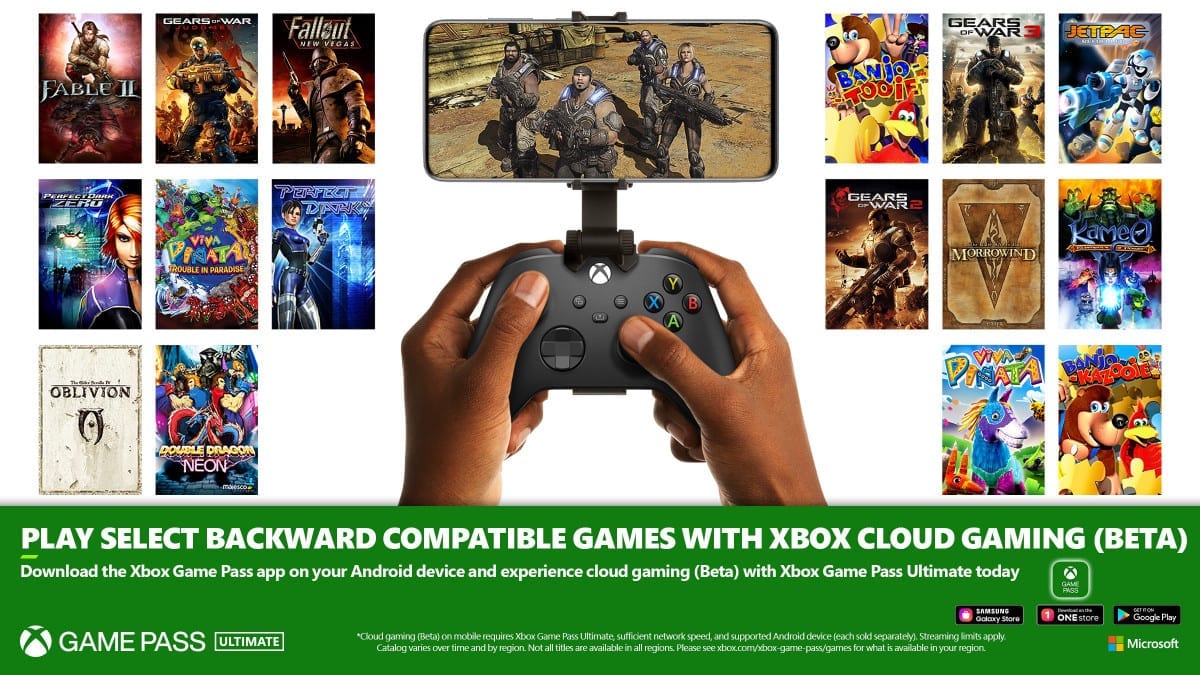 In case you didn’t know, Xbox Cloud Gaming allows you to stream and play select games from your library onto a compatible Android device.

While I’ve not used the Xbox Cloud Gaming all that much, I had played Gears 5 on my mobile phone and was surprised at both how great it looked and how smoothly it ran.

As long as you subscribe to Xbox Game Pass Ultimate, you can stream classic titles straight to your mobile device which includes Fable 2, Fallout: New Vegas, the Gears of War trilogy, The Elder Scrolls Morrowind & Oblivion, and more.

Better still, as long as you have your saved data up in the cloud, you can carry on your game from where you left off, even if you last played the game 10 years ago. Also, as an added bonus, some of the games are even touchscreen enabled.

The 16 backward compatible games include some true classics, and Microsoft has promised that even more OG Xbox and Xbox 360 games will be added at a later date.

Below are the 16 OG Xbox and Xbox 360 titles currently compatible with Xbox Cloud Gaming [via Xbox Wire]:

What retro games would you like to see added to Xbox Cloud Gaming next?

Personally, I would love to see Star Wars: Knights of the Old Republic and its sequel, as well as Jade Empire in the line-up.