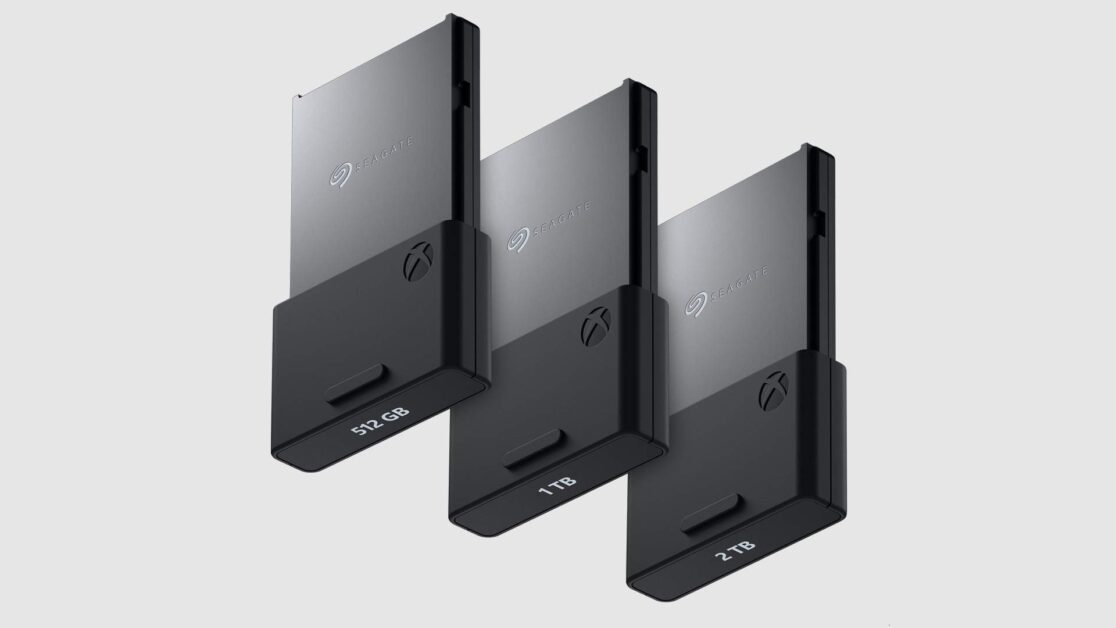 As of right now, you were only able to purchase the Seagate 1TB Storage Expansion Card. Even though they are pricey memory units, they’re the best way to boost the storage of the Xbox Series consoles. Especially concerning the Xbox Series S which only has about 360GB of usable internal storage.

While pricing and retailers in the UK are unconfirmed at this time, the 512GB and 2TB Seagate Storage Expansion Cards will be available in the US from Walmart. The 512GB card has an RRP of $139.99 and the 2TB with an RRP of $399.99. Yikes! For reference, the 1TB card sells for less than £200 in the UK at most retailers.

The storage cards come at a high cost

The Seagate Storage Expansion Cards have been designed with the Xbox Series consoles in mind. The internal Xbox Series SSD storage uses 2.4 GB/s of raw I/O throughput and more than 40x the throughput of the Xbox One console. The storage expansion cards are made to replicate the architecture and the same performance as the console’s internal storage.

To make the most out of new-gen titles on new-gen consoles, SSD storage. However, new-gen titles do tend to take up more storage than last gen. As a result, internal storage is being used up at an increased level. So you may find yourself buying an additional storage card one day.

Will you be picking up any of the three Seagate Storage Expansion Cards for your Xbox Series X|S? Let us know across our social media channels.