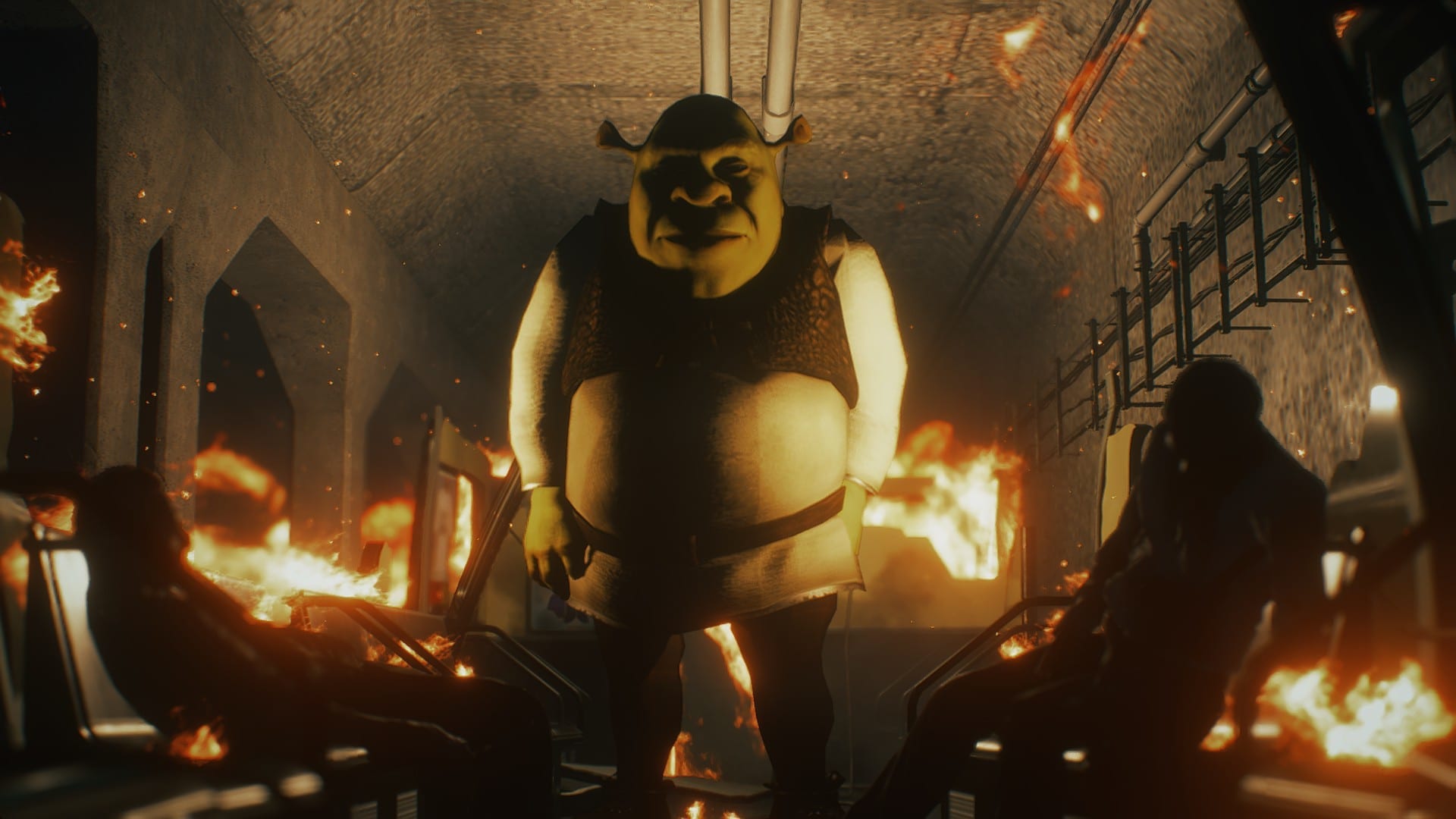 There are some mods that you can guarantee are going to happen, and 90% of the time they include either Shrek or Thomas the Tank Engine. If you were waiting for the former to be added into the Resident Evil 3 Remake then you’re in luck, as pro modder MrMarco1003 has made it happen.

As spotted by PC Gamer, everyone’s favourite green ogre can now be modded into your PC version of Resident Evil 3 Remake, and the results are pretty glorious. Shrek takes on the role of Nemesis, meaning you’re in for less scares and more hilarity as he chases you throughout the game.

You can check out the action in the video below.

If you want to add Shrek into RE3, you can find everything you need over on NexusMods. This truly is a masterpiece, and one of the most realistic-looking mods out there. Well done, MrMarco1003!

Speaking of mods, why not throw some dinosaurs into your next Resident Evil playthrough?

Though Capcom has remained quiet on the possibility of Dino Crisis Remake, modders are here to help you get your dino fix with Dino Evil 3, an RE3 Remake mod that will transform enemies into dinos.

Available to download  at NexusMods [via DSOGaming], Dino Evil 3 is in its early stages. So far there’s only one type of dinosaur that you can get in your game, that being a sort of mini tyrannosaurus rex, but hey, this is just version 0.1 of the mod.

As for whether or not an official Dino Crisis remake is on the cards…well, that remains to be seen. With so much fan outcry for the game, it’s hard to imagine Capcom hasn’t at least considered a revival of the beloved IP. At least we have mods to tide us over!