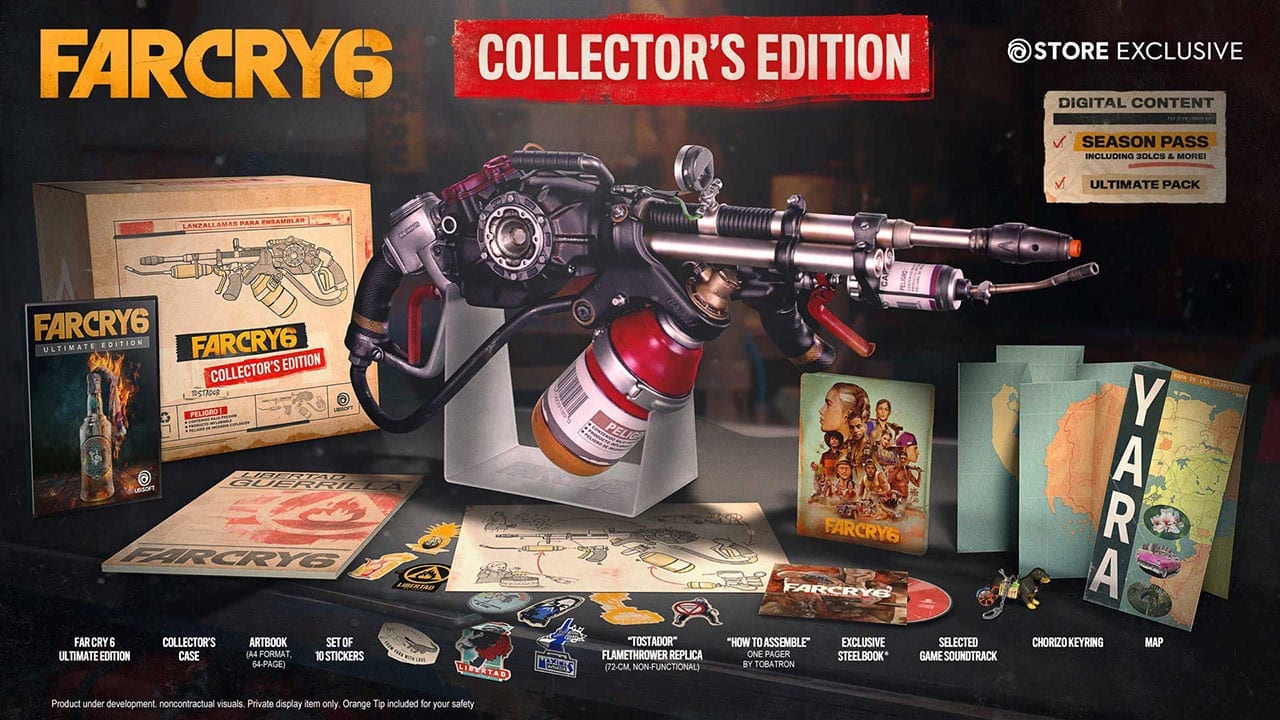 If there’s one thing the Far Cry franchise loves it’s stirring up a revolution. Giving the player the power to overthrow some kind of maniacal leader. Whether that’s of a cult, a gang or a king it’s become fairly commonplace to be taking down someone who is oppressing others.

If a formula works then why change it? Far Cry 6 takes place in a country inspired by Cuba where you play a new member of a guerrilla movement against the nations ruler, Anton Castillo, played by Breaking Bad alumni, Giancarlo Esposito.

Time will tell if Far Cry 6 delivers a punchy story that shows a revolution for what it is, or if it’s just another playground of destruction. One thing is for certain though, they want you have fun whilst playing it.

Looking through the pre-order site shows off a range of in-game goodies you can get hold of, including new looks for adorable companion Chorizo and even useful weapons to use, such as the Discos Locos. Which seems to be some kind of CD launching gun. Finally a useful way to get rid of some of my more embarrassing CDs from my childhood (although Aquarium by Aqua can stay because it’s a banger).

If you prefer to pick up physical versions of your games and you’re looking to add something unique to your game collection then you might want to consider the Collector’s Edition. Although it comes with a bunch of cool in game items it also comes with some very intriguing physical items too, including a flamethrower!

It’s only a replica, so don’t get too excited, but it looks to be a high quality one. The full list of physical items included in the Collector’s Edition is:

• A high-end replica of “Tostador”, the flamethrower replica from the game** (7 parts to be assembled, length: 72cm)
• A “How to Assemble” one-pager artwork
• A unique Collector’s Case
• Exclusive Steelbook®
• A 64-page A4 format Artbook featuring exclusive artworks
• A set of 10 stickers picturing the guerrilla movement
• A Chorizo keyring (dog companion)
• A Selected Soundtrack of the Game
• World Map

You can see everything in the Collector’s Edition by clicking here. Will you be picking it up? Make sure to let us know. Far Cry 6 will release on 18th February 2021.