A group of fans have come up with a mod for CoD 6 where all the soldiers have been replaced by anime girls.

In a hilarious twist, it’s just a visual swap. So all the characters (who come from the PC version of 2017’s Cyberdimension Neptunia: 4 Goddesses Online) speak in a very deep, gruff voice. Fantastic.

Check out the video here… 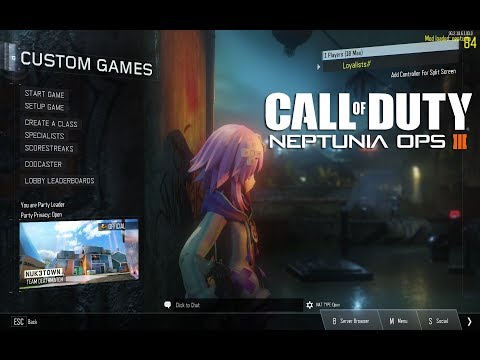 You can get it here.

One of our journalists, Ollie Green, ranked every CoD game from worst to best. Check it out…

Ever since the beginning of the Call of Duty franchise, there have been some incredible CoD games and some absolutely terrible ones. In this list, we take a look at the 14 major titles from Call of Duty 1 to CoD WW2 and rank them from best to worst.

Without further ado, let’s take a look at how each CoD game is ranked, starting from worst to best. 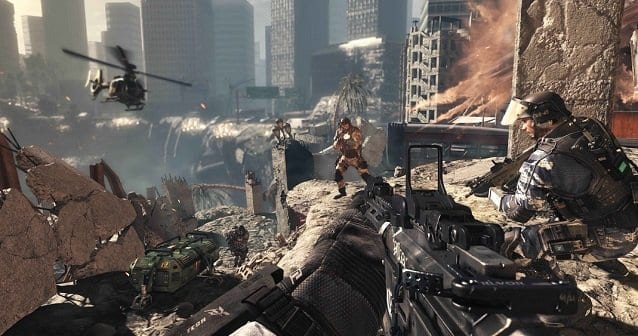 CoD Ghosts is an easy choice for the worst Call of Duty game of all time. It was a rushed attempt at taking the CoD franchise into new territory. Ultimately, the multiplayer was filled with broken killstreak rewards and maps that couldn’t quite fit in with the usual flow of CoD multiplayer gameplay.

The game also performed terribly – despite being the first title on the new generation of consoles, it struggled to perform without problems and the PC port was the worst in Call of Duty history.

The only thing that we miss about Ghosts is the unique Extinction mode. 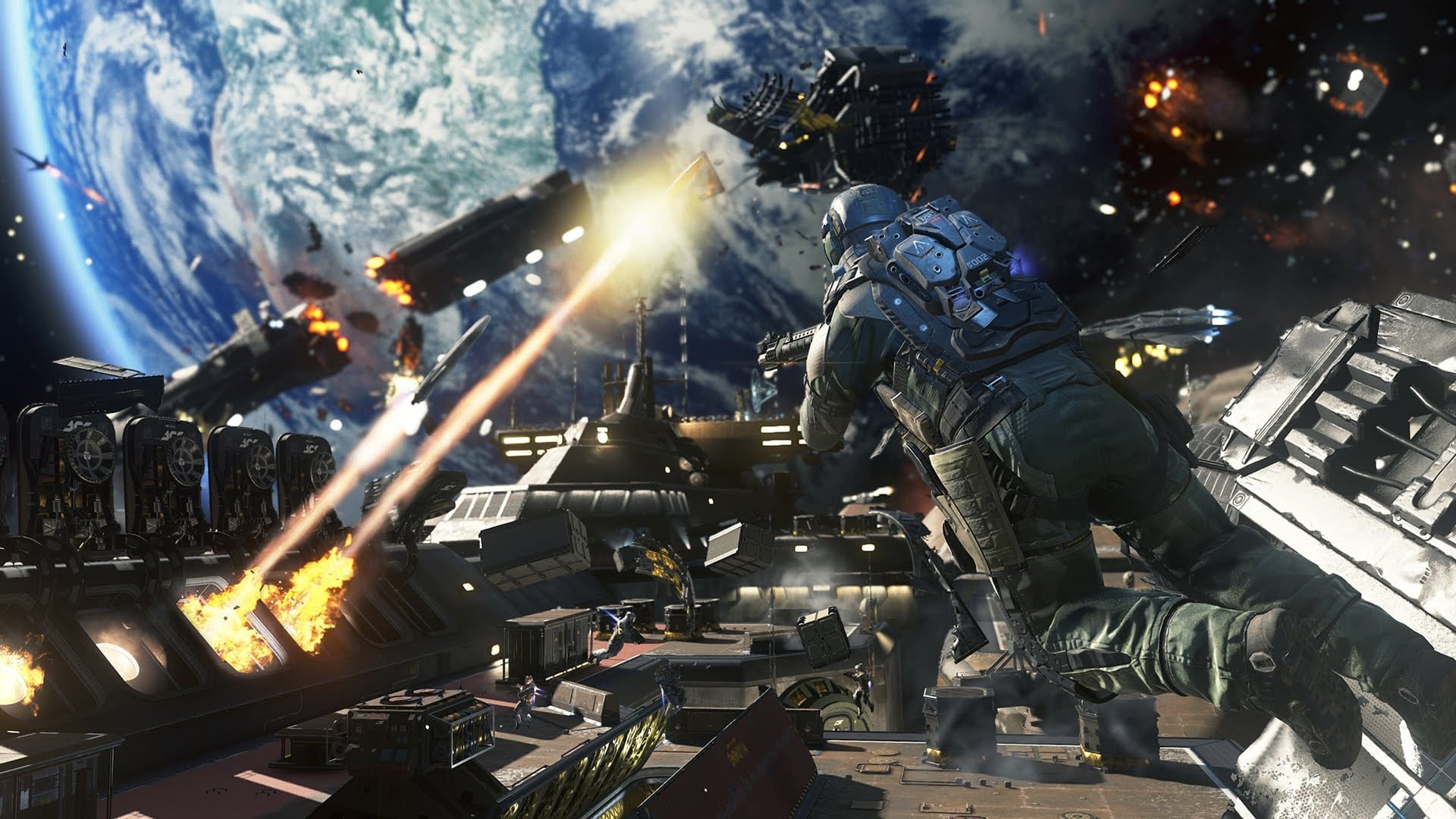 Ever since Black Ops III, the trio of Call of Duty developers started to add wackier, futuristic content. It was interesting at first, but it slowly went a little too far.

Infinite Warfare was the turning point for the futuristic FPS CoD game franchise – it was too over the top, everything was too fast-paced and getting a killstreak wasn’t rewarding, it was just confusing. 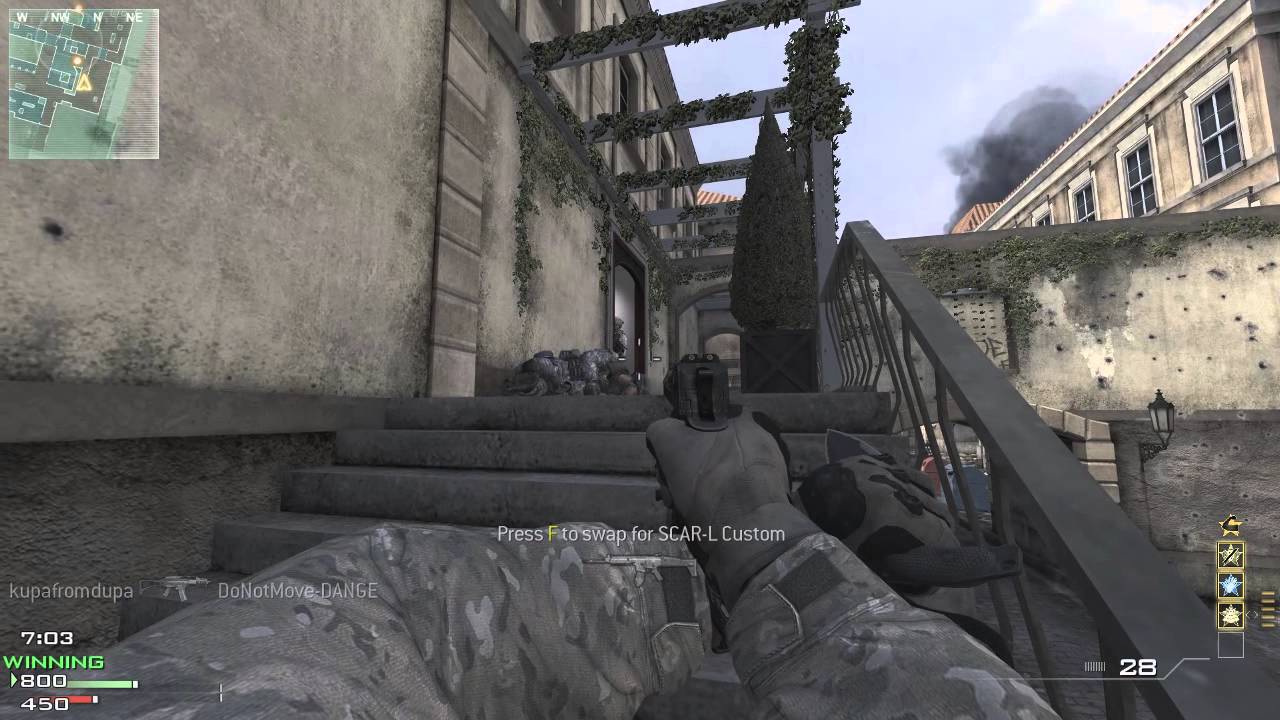 It seems the Call of Duty developers always have a good run with by taking the franchise in a new direction. The sequel to this fresh new franchise is often good, but the third time around, things start to drop in quality.

Call of Duty: Modern Warfare 3 will always go down as the most forgettable CoD game of all time.

The main problem with Modern Warfare 2 is that it was just not different enough from MW2. The maps were pretty lackluster too. It had a lot to live up to after following MW2 as well. 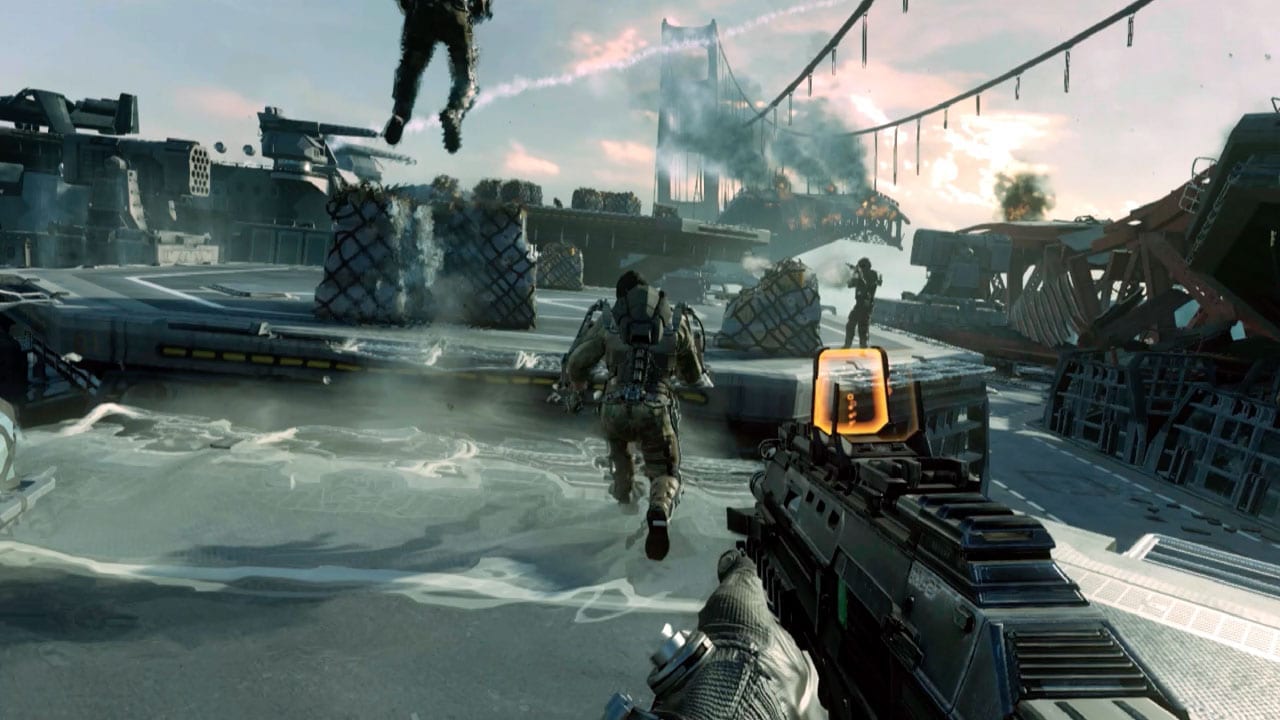 The Call of Duty franchise took an odd turn with Advanced Warfare. When you think about how iterative the CoD franchise usually is, we can’t fault Sledgehammer for trying to take the series somewhere new.

The trouble with Advanced Warfare was a lot of the game was unbalanced or untested. Some of the features were incredible, whilst others were not so great. Once again, we weren’t big fans of a lot of the killstreaks in this game, and it somewhat ruined multiplayer. 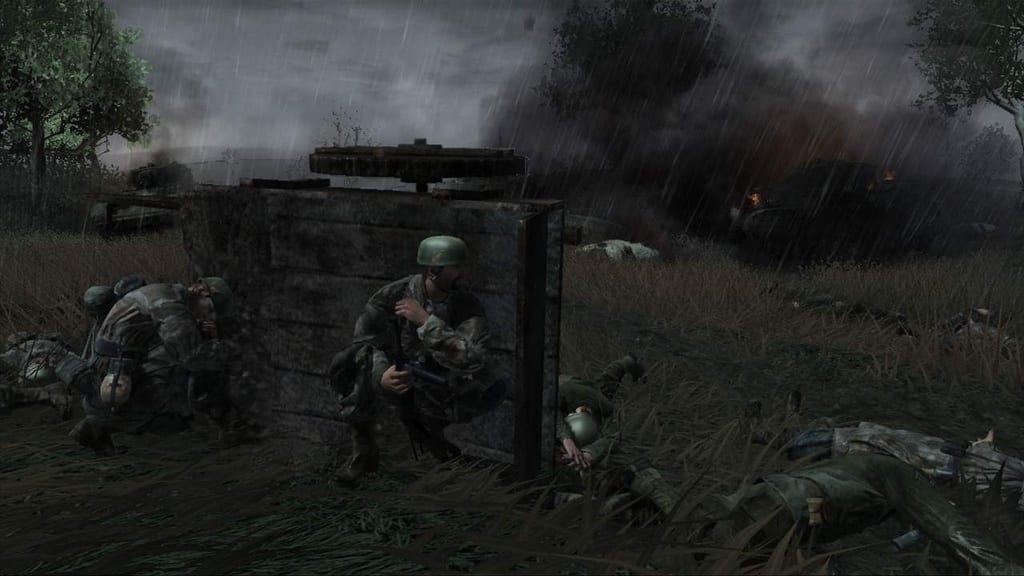 Not the best of the original trilogy, but Call of Duty 3 will still go down as a classic. It was actually a pretty good game, but it struggles to stand out amongst some of the better titles in CoD history.

We enjoyed the story, the multiplayer was in-line with the other two games from the original trilogy, and gun mechanics were great back then, but it didn’t do much to stray away from either of the two games before it. 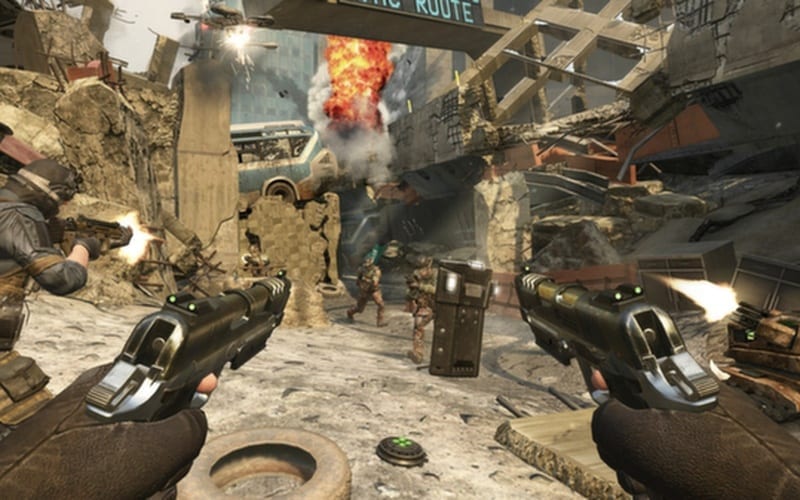 The Call of Duty: Black Ops trilogy has a mixed reception from most players. Some players absolutely live and die by the entire trilogy, whilst others didn’t like the third one so much. We have to agree with the latter. Black Ops III’s story was pretty boring, with you constantly being led on a string.

The multiplayer went a little too far from what made Black Ops I & II so great, and ultimately we weren’t big fans of it. 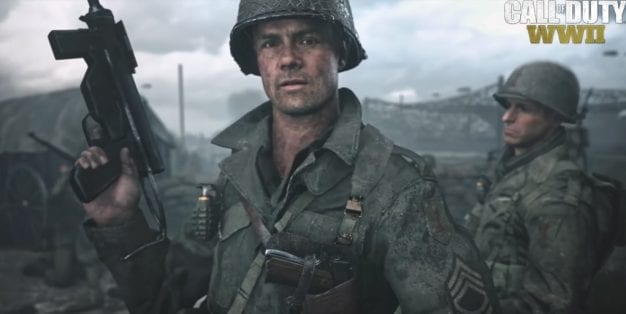 CoD: WW2 took the franchise back to its roots. But really it didn’t. CoD: WW2 is still the same fast-paced run ‘n gun game that CoD has quickly evolved into over the past few years.

What CoD: WW2 did do is remove many of the over the top killstreaks and gameplay elements from the last few futuristic titles and provide a better selection of balanced weapons across the board.

CoD: WW2 was finally a step in the right direction, and even though the story is very linear, you’re still sent on a pretty spectacular showcase of war and chaos. 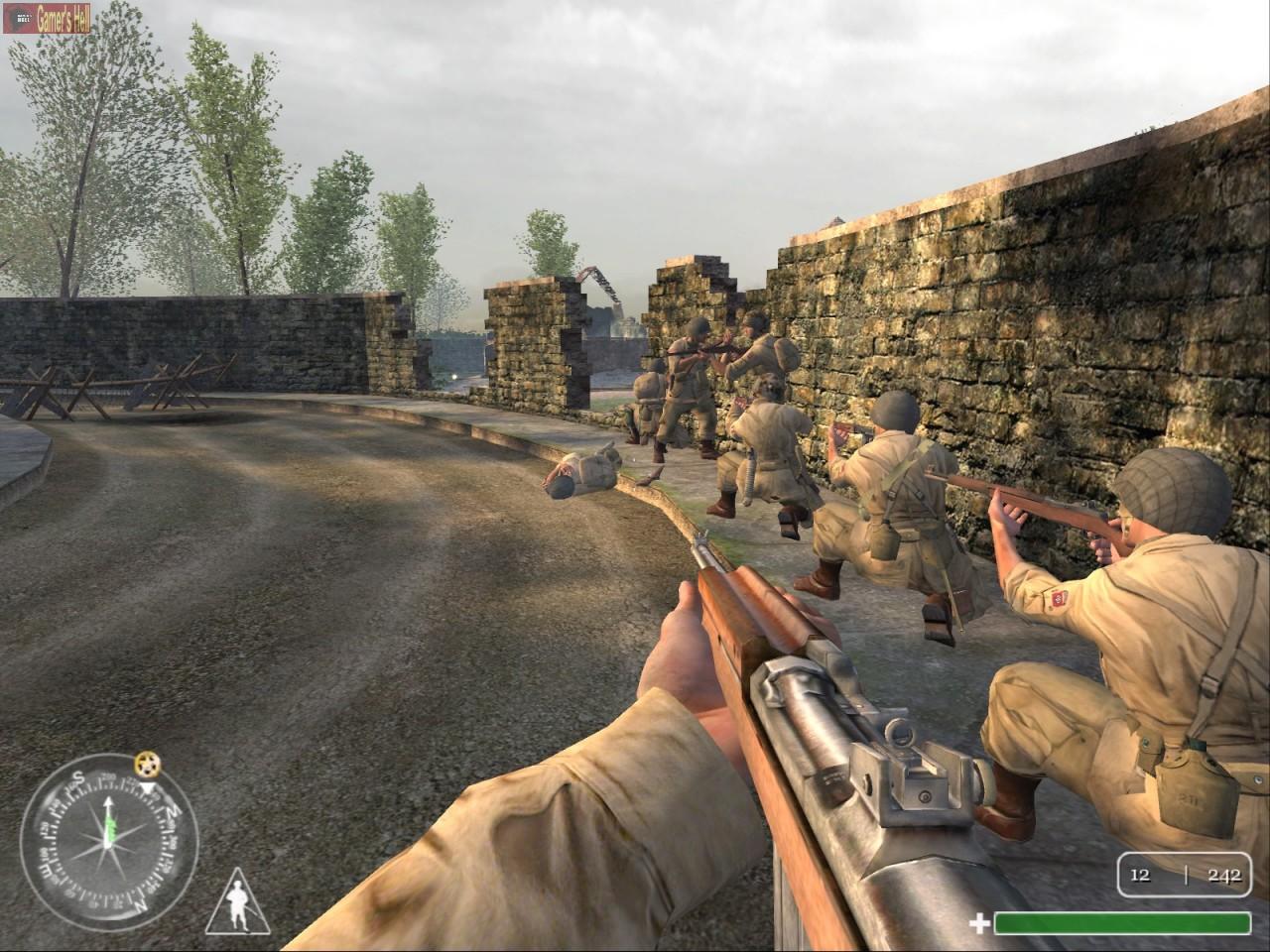 The first CoD title to grace this planet. It’s so different from what the current CoD lineup is like. Multiplayer was in the game, but the gaming industry had far less of a focus on multiplayer content at the time, so the single player campaign really made up for that.

Combat was slower, clunkier even, but it holds well today as a unique experience in the FPS genre. 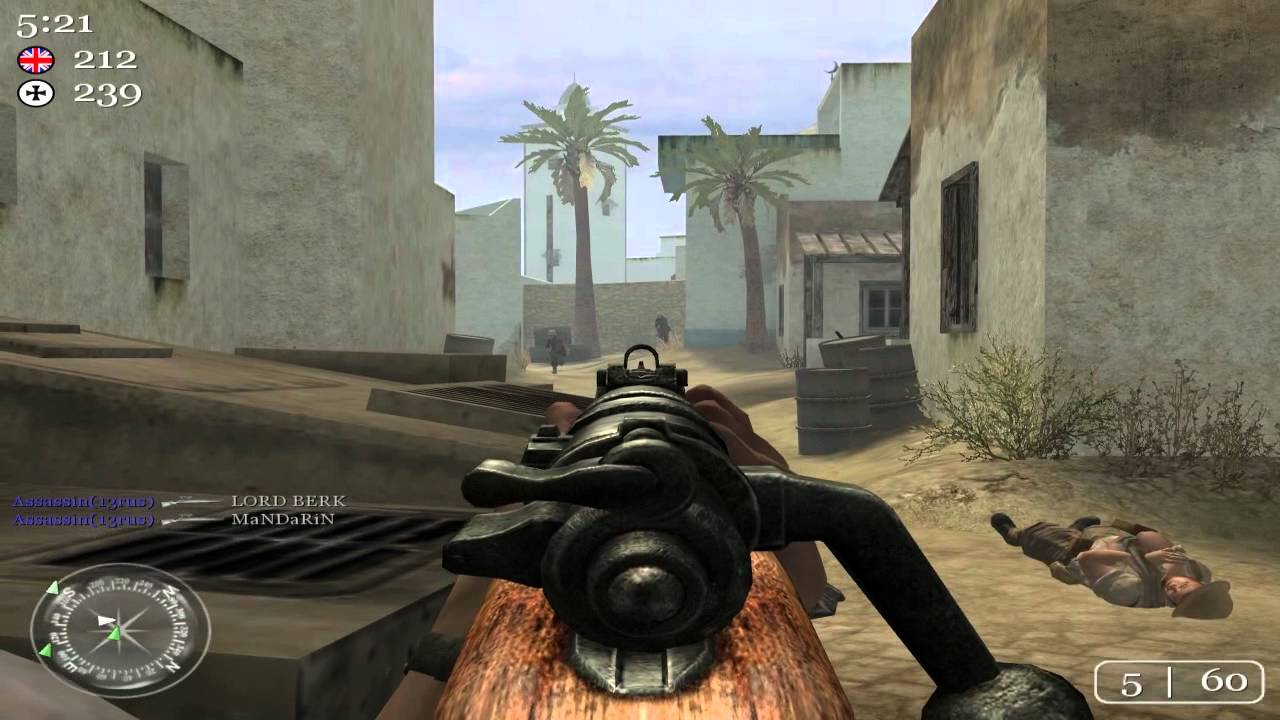 Call of Duty 2 took everything about Call of Duty 1 and made it even better. The single player campaign was more gripping and presented more of a challenge to the player.

The gun mechanics and movement had been refined a little bit, and even the multiplayer was something to take note of at the time. 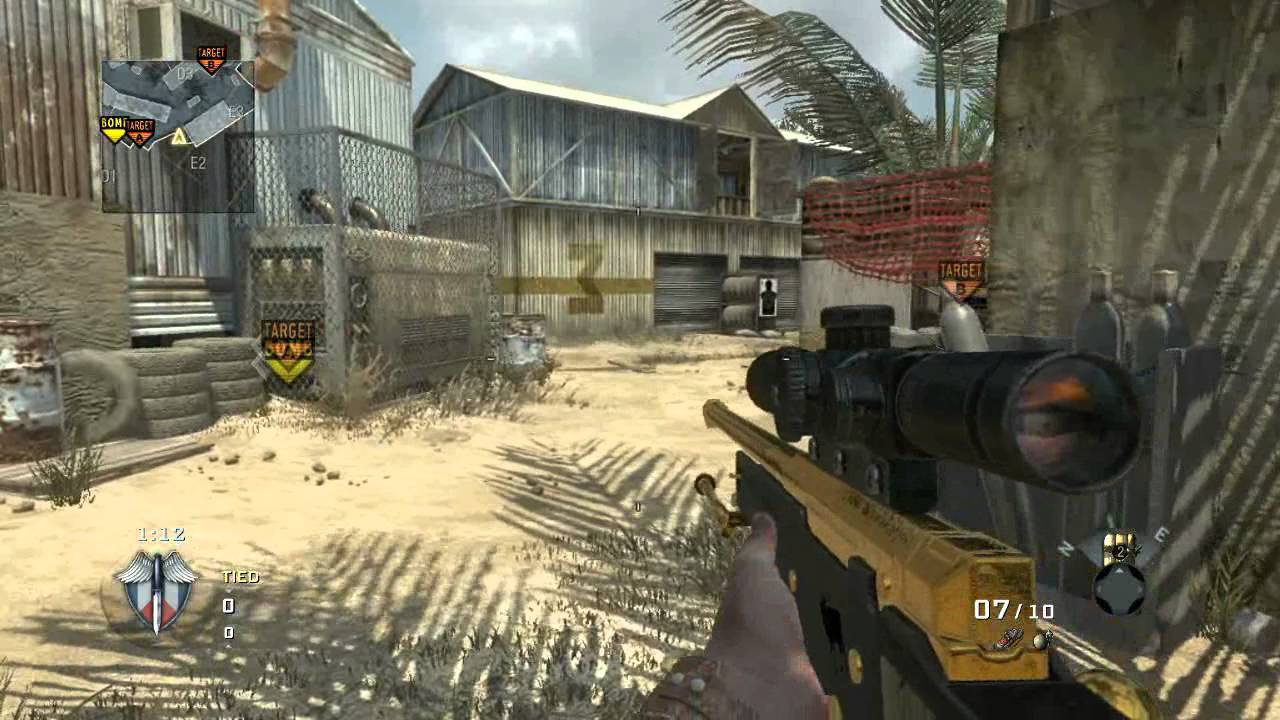 The first Black Ops wasn’t quite as good as Modern Warfare 2, but it stood out to us as a fresh new experience that we could easily sink hundreds of hours into. 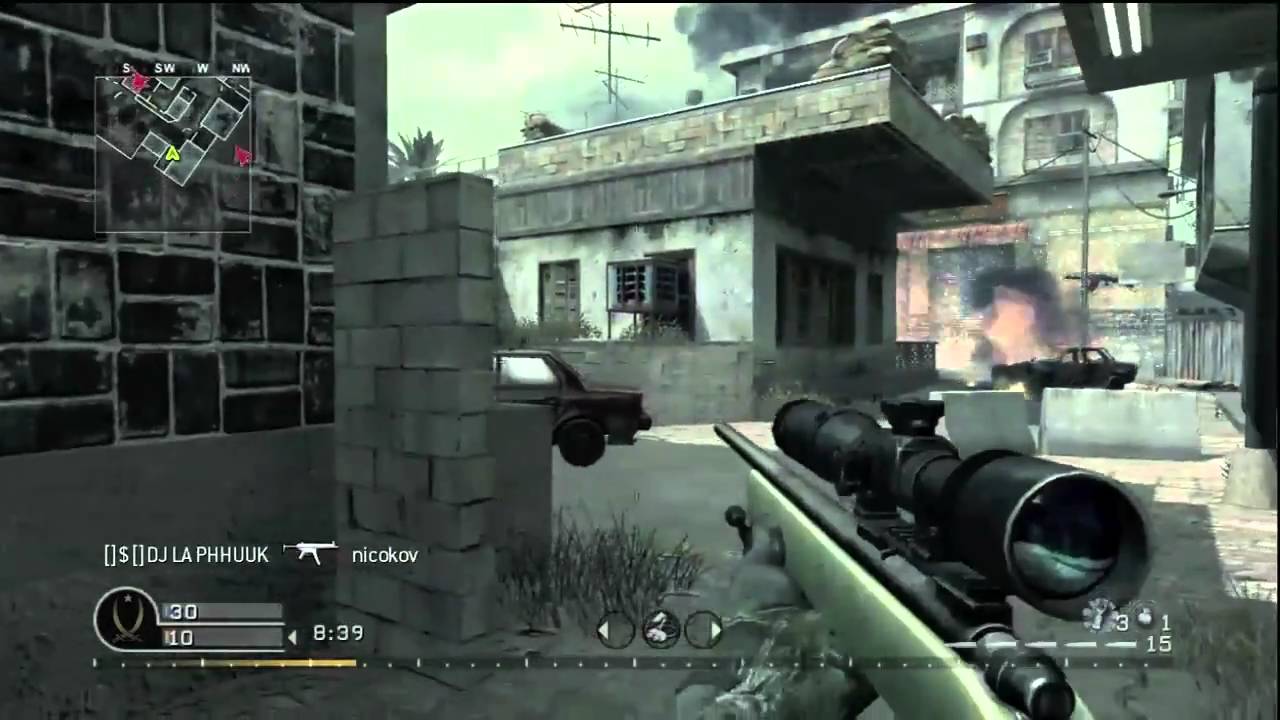 Modern Warfare was the first time Call of Duty was taken out of wars in the past and brought to modern day. We were introduced to a range of new equipment, perks, and abilities that brought a breath of fresh air after Call of Duty 3.

Combat in CoD 4 was also far more fluid and it laid the groundworks for what we’re all used to today. 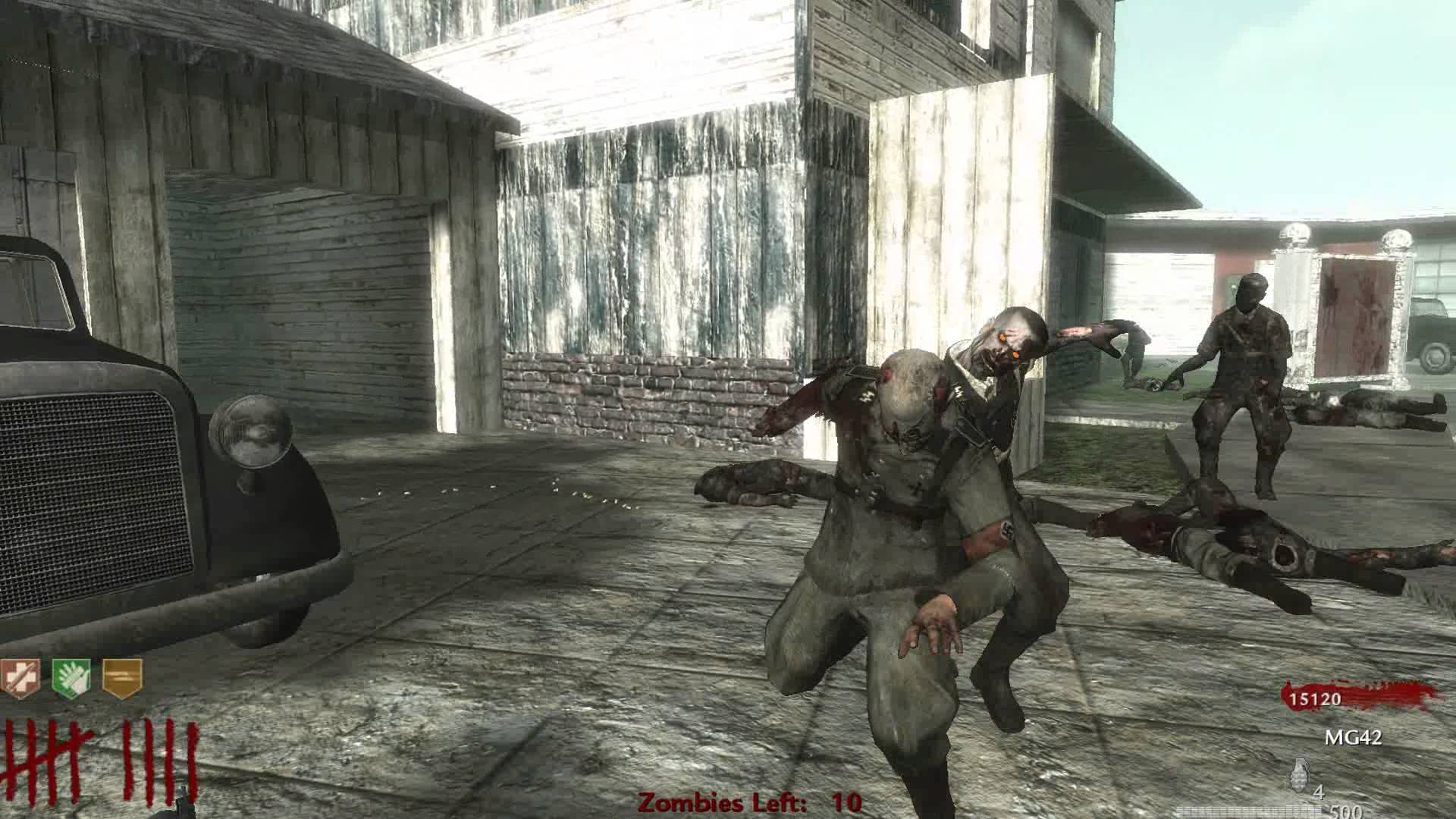 We’re so glad World at War launched after Modern Warfare. Going back to World War II, World at War set a precedent for what a gritty, dark FPS game could look and feel like.

The story was incredible and players were finally given some level of choice. The multiplayer combat took skill to master and played incredibly fluidly too. And we can’t forget about the debut of CoD Zombies. 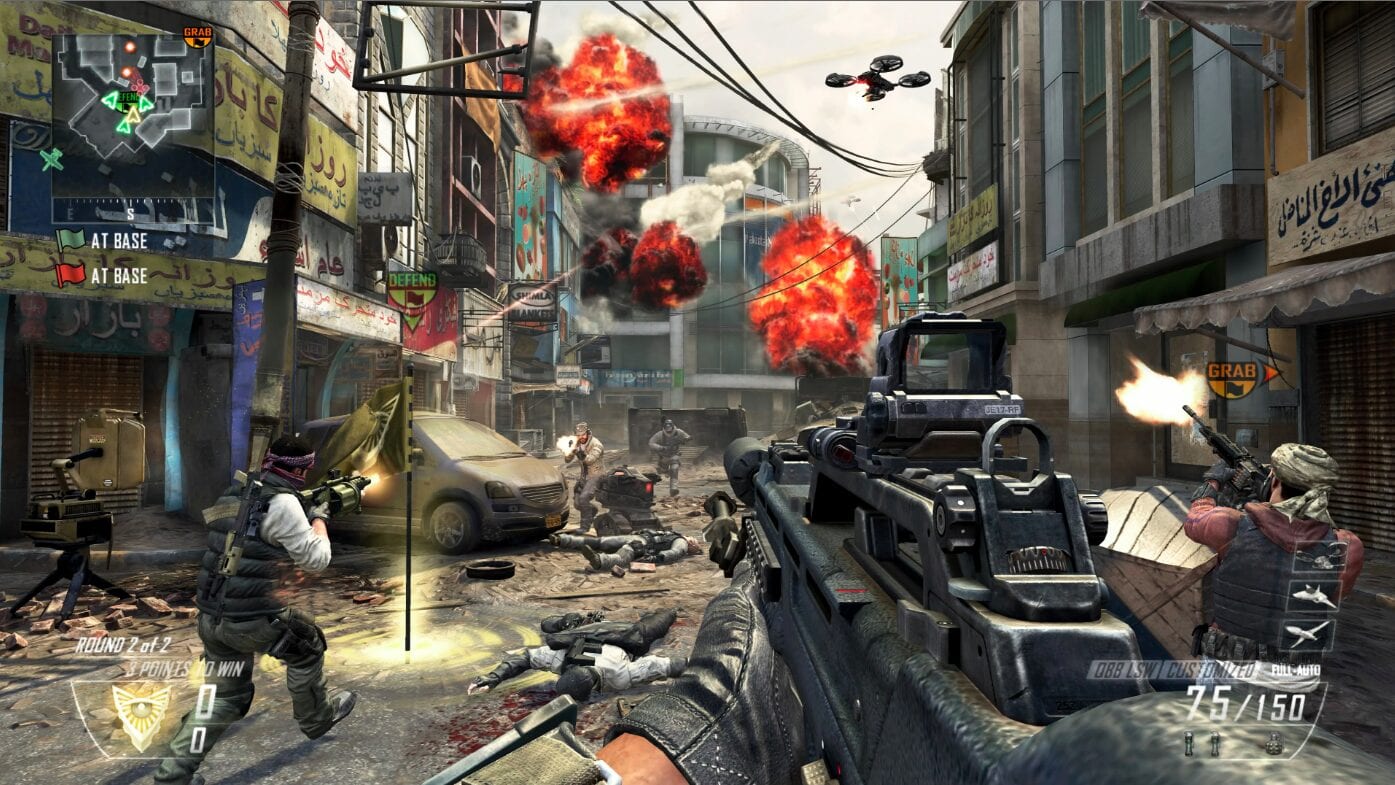 Black Ops II quickly made its way into the hearts of millions of CoD fans around the world when it launched in 2012. In our opinion, Black Ops II stands to be the most refined CoD game in all of history.

Combat was fluid, the gun mechanics were silky smooth, but taking down players online still resembled some level of challenge. 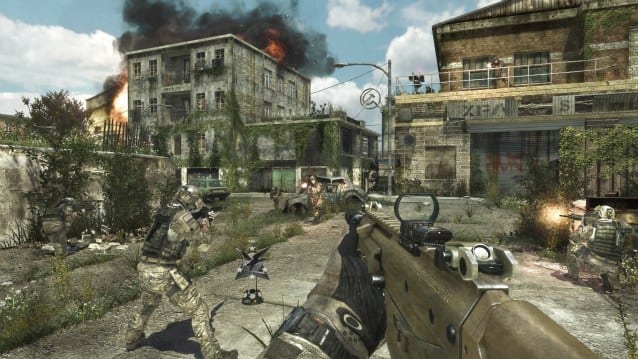 Whilst not as refined as Black Ops II, Modern Warfare 2 paved the way for the future of online shooters. The ranking and prestige system in MW2 was perfect – the perks and abilities all mattered and choosing the right loadout actually meant something important whilst playing.

Looking back at it now, it was the first title that really gave players the opportunity to make meaningful gameplay decisions in multiplayer. We also found the story in Modern Warfare 2 to be one of the most gripping in all of CoD history.