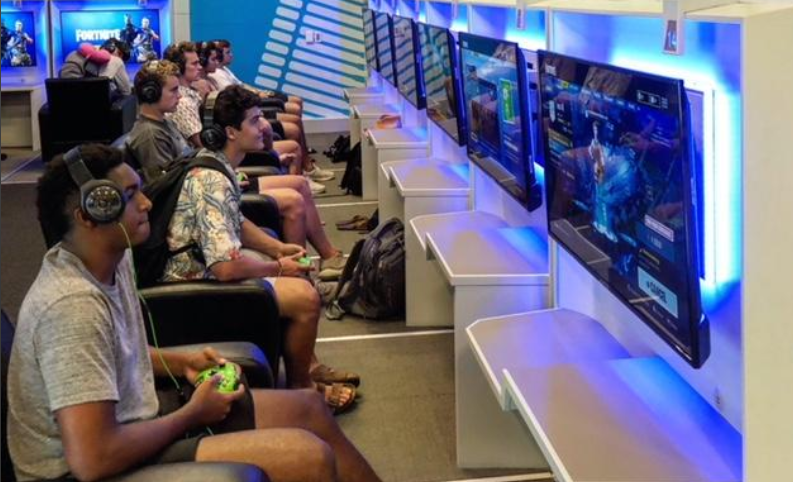 Quick, think about the best part of a holiday. What is it? Laying on the beach? Getting drunk on all-inclusive drinks at the hotel bar? Meeting new people or exploring a new city? How about airport layovers? 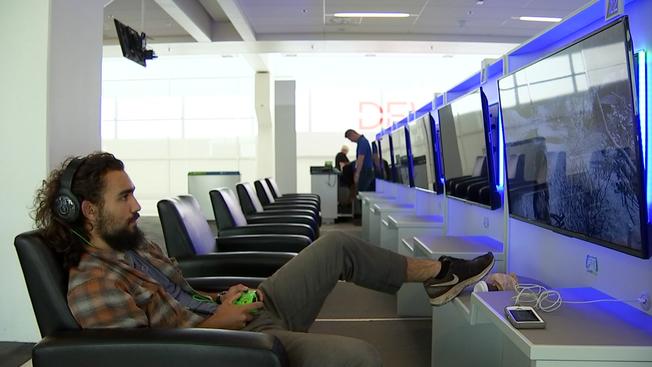 There’s a load of boring shops, overpriced cafes and restaurants that try to sell cold food, and not much else. Now, one US airport is trying to change things up in a pretty cool way. Tons of airports have done their best to improve things but usually with limited success at best. There are a few standout airports around the world, but even they can only do so much.

Dallas Forth Worth airport in Texas has introduced two gaming lounges to the airport. According to a report from the Dallas Business Journal, the two lounges located at Gate 16 in Terminal E and Gate 42 in Terminal B are now open for visitors. The one Terminal E opened on June 30th, while the one Terminal B has been open for three weeks now.

These lounges are owned and operated by the company Gameway. DFW is the first airport Gameway is operating in, but they have plans to expand in the future. “Gameway’s purpose is to make airports entertaining,” Jordan Walbridge, president of Gameway, said. “With 50 percent of Americans playing video games at least three hours per week or more, and the average gamer being a male who’s 35 and a female in their mid 40s, this demographic perfectly aligns with who is travelling at the airport. When you look at the average traveller coming through here, it’s about the same and this gaming community has come up playing Nintendo, maybe as early as Atari.” 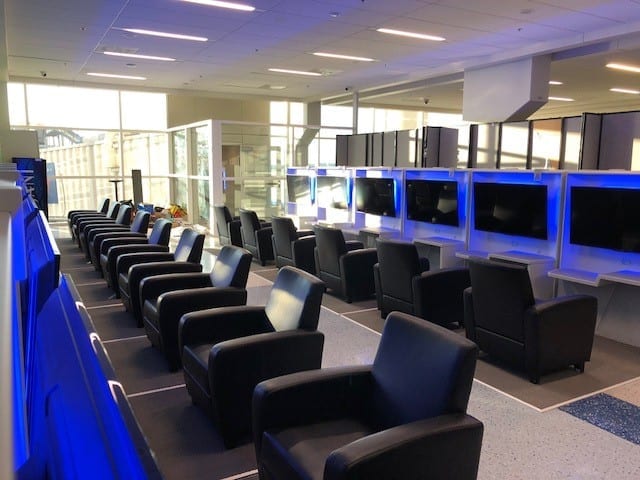 The two stations have 22 and 14 stations (or seats) each. Each seat comes with an Xbox One (sorry Playstation fans) that is preloaded with 19 different games. These games include Fortnite, Fifa 18, Call of Duty WW2, NBA 2k18, Minecraft, Rocket League and more. Users can log in with their own accounts if they want to, or use the ones provided by Gameway.

Sadly, this experience isn’t free, but it is pretty cheap – customers pay 42 cents per minute or $20 for unlimited gameplay. Well, semi-unlimited as the lounges aren’t open 24/7. They close at 10pm every night, so late night layovers may be better spent asleep. For day-time layovers, especially ones that take a few hours at a time, this is a more than worthy investment, and given airport prices, it’s actually really affordable. The game selection is more than decent and since players can even use their own accounts, they can even progress their own accounts while at the airport.

The two lounges in Dallas took about a year and a half to complete according to Walbridge. The company is already in negotiations with other airports to install similar lounges there. North Texas is a pretty good choice for the pilot project – the area is actually becoming a bit of a hot area for video gaming. Outside of the Silicon Valley, there hardly is another area in the US that has seen as much growth when it comes to esports or competitive gaming.

Gameway still wants to expand to many other airports, even ones outside of the US. “We think of Gameway as a global company, so we want to first expand to JFK or LAX or to Chicago, but also London, Dubai, Hong Kong and Beijing. Those are places also that have boring airports and we can bring the excitement to there as well,” he said. 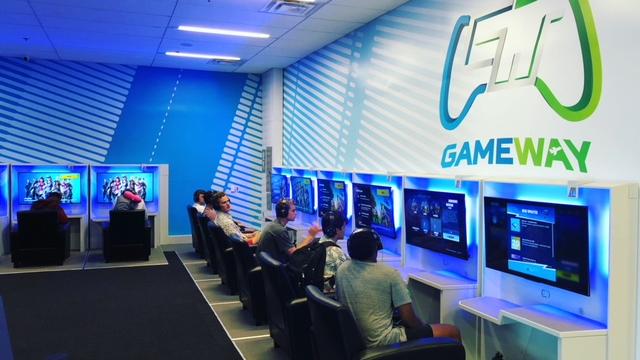 As for DFW – for now, visitors can even visit these two lounges if their flights don’t depart from the gates where the lounges are located. Simply plan in a little more time after security checks if you want to stop by and check it out.

Now, if you have a layover in another US airport…well, you better go and pack your Switch for the time being, because it’ll be a while yet before other airports get these lounges. Layovers in other places remain the perfect opportunity to dust off those old handhelds…if you can find the chargers for them that is. If you’re anything like us, they’re tangled up with a few hundred other cables at the bottom of a drawer somewhere.