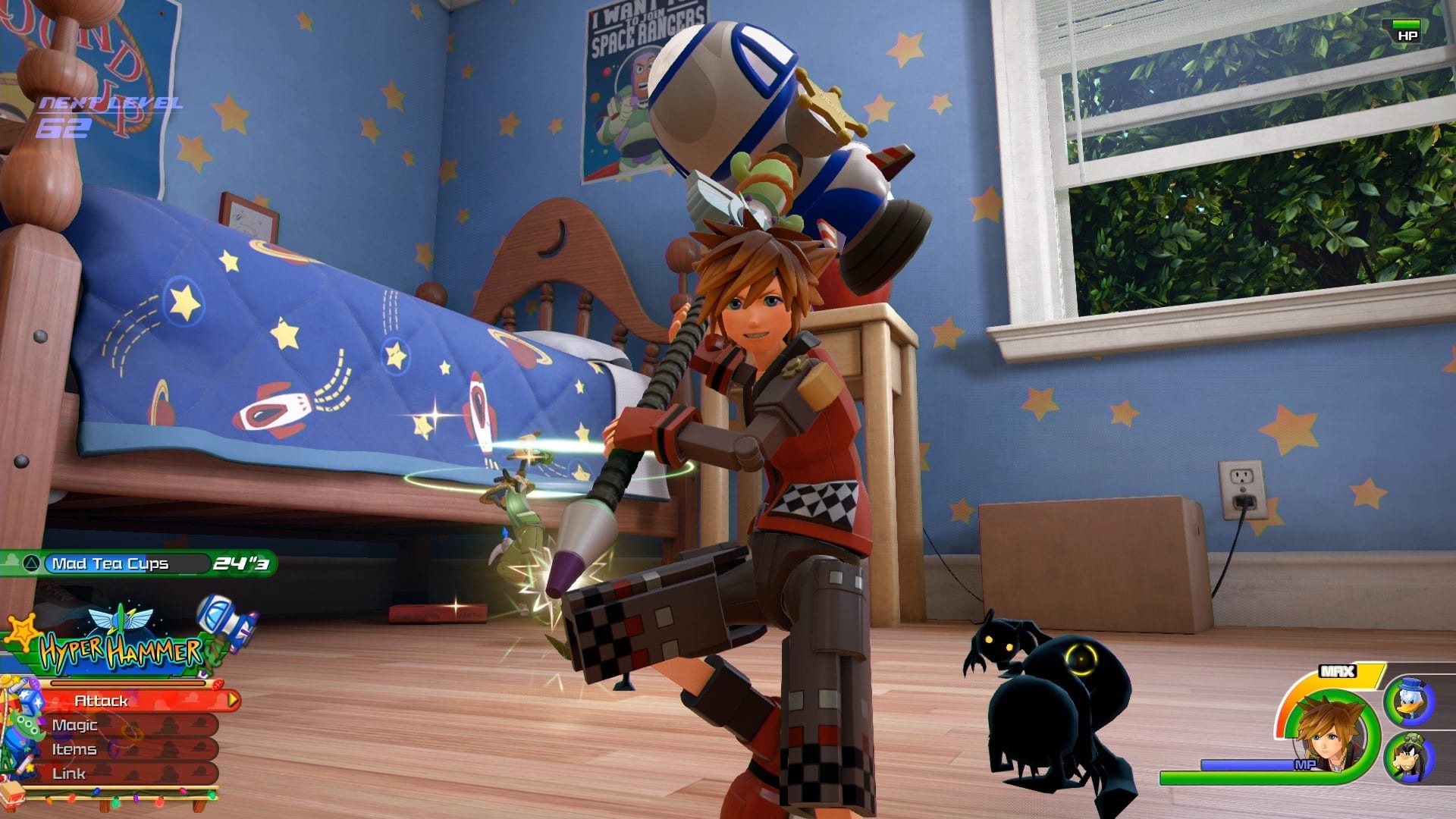 To say Kingdom Hearts III has been a long time coming would be an understatement. Kingdom Hearts II released 13 years ago on the PlayStation 2 after all. We’ve still seen franchise entries release since then but none of them were the true sequel we craved for, despite helping to satisfy the hunger a tiny bit.

On January 25th 2019 that hunger will finally be fulfilled as Kingdom Hearts III releases. That may still feel like a long way away but luckily I had the chance to get hands on with the game the other week and check out two sections of it. Is it shaping up to be worth the wait though? Does it still feel like Kingdom Hearts?

The answer to both those questions is “yes”, but it would make a very dull hands on preview if that was all I had to say, so I’ll elaborate. The combat still plays out in a fashion that feels like Kingdom Hearts, but seems more fluid than before. You can hack and slash your way through enemies and fire off some magic but there’s many more prompts for triggering special moves, each of which look beautiful.

It’s during these action sequences that the game really is at its best graphically. Bright lights are shining everywhere with huge bursts of energy and colour all over the screen. All of that compliments the general art style of the game. The art style being something that changes slightly depending on the world you’re in. 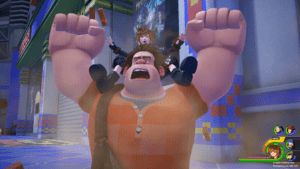 In the demo we played we saw Sora, Donald and Goofy looking fairly normal as they battled a Titan from the film Hercules. To get there we had to run up a mountain until we could get to the big rocky fella and smash its feet in. By smashing its feet in it then allowed us to climb up to its head and trigger a wonderful sequence. A very flashy train spawned that allowed us to fire shots at the bouldery boi.

It was fun enough but of the two stages I got to check out this was easily the weakest. The sheer size of the Titan is impressive but the battle felt lacking despite the visuals. The biggest concern from the level though was how clunky the wall running mechanic was. Rather than fluidly running up the walls you’re restricted to 90 degree turns. Something that just doesn’t feel natural.

It’s by no means a game breaker but it felt noticeably clunky. Halting your progress forward when it didn’t feel like it needed to. I would be shocked to see this changed before the final release considering how close we are to it. Either way it will be interesting to see how often wall running is thrown into the gameplay. 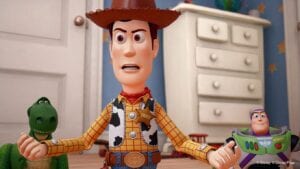 The second part of the game was much more engaging. The Toy Box level takes place, unsurprisingly, in the Toy Story universe. It’s a bit different to how you know it though. It’s a universe where the humans and most of the toys have gone missing. Don’t worry though, most of your favourites are still there.

The level was full of some fun moments and also added Buzz Lightyear and Woody to your team. Having such a large squad felt great and teaming up to hit moves on the iconic rocket from the first Toy Story film was even better.

The end of my demo experience on the stage yet again showed off the variety the game should offer. Rather than a traditional boss fight I ended up in a giant robot that got to blast away at my foes. The variety of the demo experience left me hugely optimistic for the full release.

Kingdom Hearts III looks like it will capture the spirit of each universe it thrusts its players into. Something the franchise has succeeded in repeatedly so far. The concerns I have are slight and the experience made me feel like a teenager again. This feels like the Kingdom Hearts III we’ve all wanted. Now all we have to do is wait.

If you’d like to hear myself and Vicky talk about our experience with Kingdom Hearts III a bit more then make sure to check out the video below. We show off some lovely gameplay of both stages too: 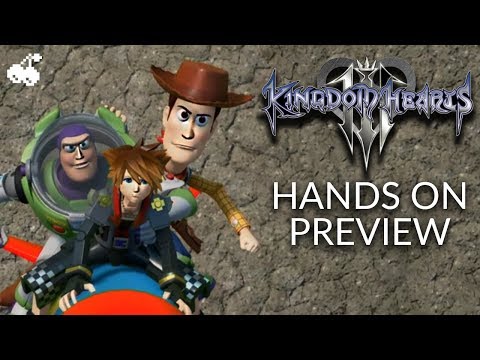