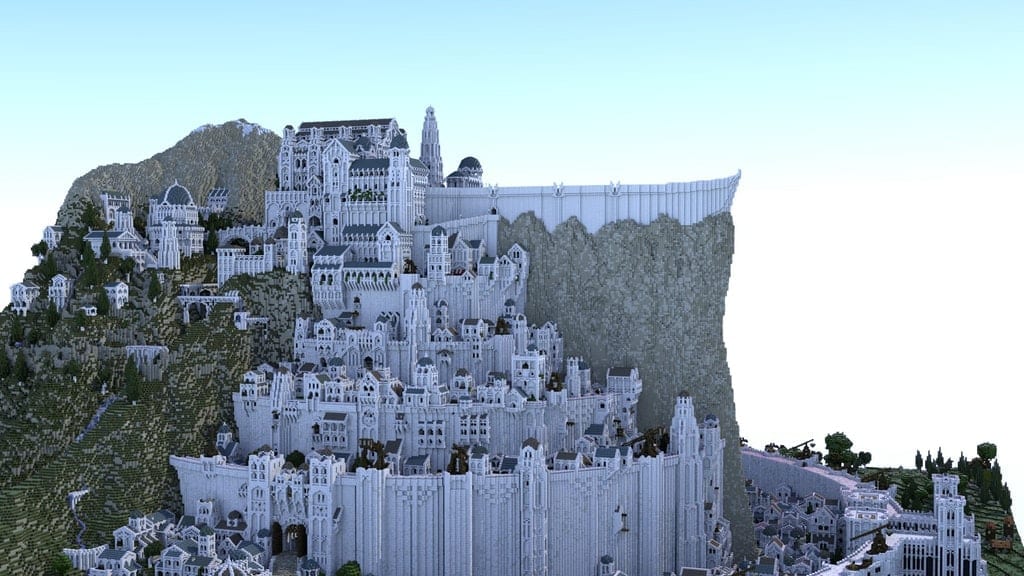 Minecraft gives players the ability to create pretty much anything they can put their minds to. For most people, that means creating a giant TNT tower and seeing how far we can go with big explosions before our games crash.

For other people, this means recreating sets from TV and movies block by block, programming working games into Minecraft, or creating pixel-perfect artwork.

In this article, we take a look at the top 10 crazy things Minecraft players have done in the game over the past 5 years. 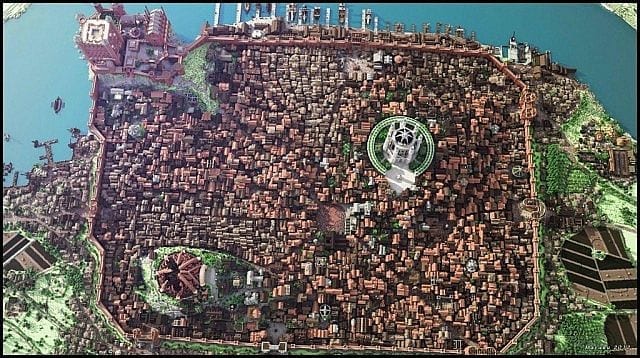 This is perhaps one of the most popular Minecraft builds on the internet and we can understand why. The creators responsible for this insane build spent thousands of combined hours to put together King’s Landing from Game Of Thrones, block by block.

The entire build took a long time to create, but it’s now 100% complete and shares some surprising similarities with King’s Landing from the TV series.

This is actually one of the first times players have been able to get up and close and explore King’s Landing like this. You can see just how detailed everything is from the bird’s eye shot taken above.

Built A Working Phone In Minecraft 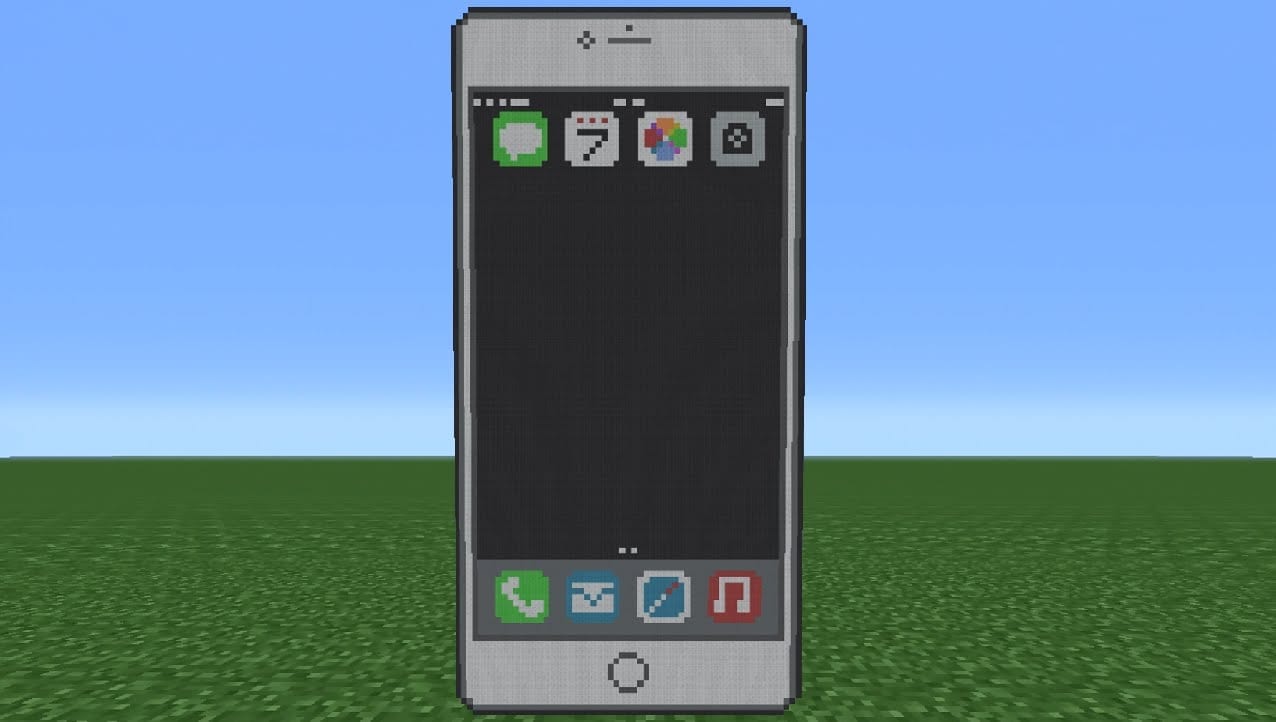 When I first heard about this, I was absolutely blown away. I didn’t know it was possible, but somebody actually did it.

It’s not quite as fully functional as a real life phone, but it can be used to play a few mini games, load up a very pixelated version of YouTube, take pictures of the Minecraft world, and even do a pixelated FaceTime call.

You can check out the full overview of the Minecraft phone below. 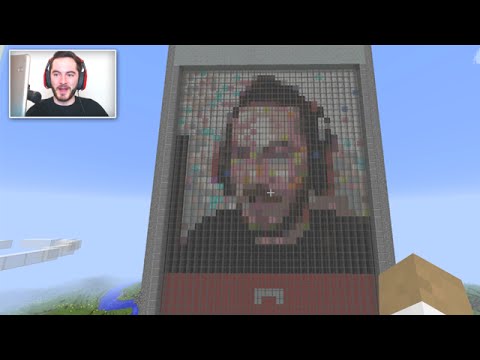 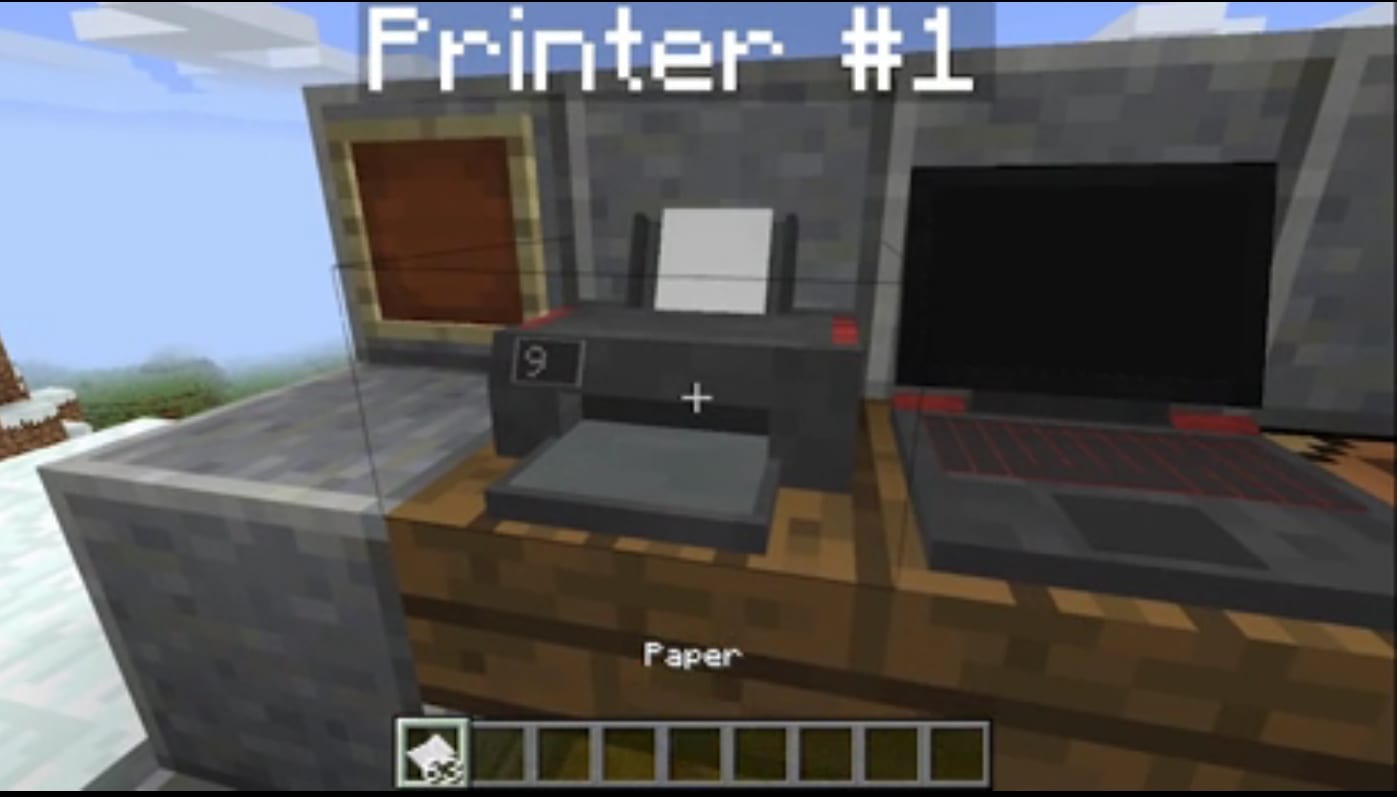 We’re not sure why somebody spent so long creating this, seeing as it serves very little functional benefit to gameplay, but we’re still impressed.

Popular Minecraft modder MrCrayFish built a working PC and printer mod that could open up a paint program on the PC and then print out the creation onto a piece of paper in-game.

If this doesn’t serve any gameplay purpose, it still showcases the power of modding in Minecraft. Players really can create whatever they set their mind to.

Recreated A Meme with A Map In Survival Mode 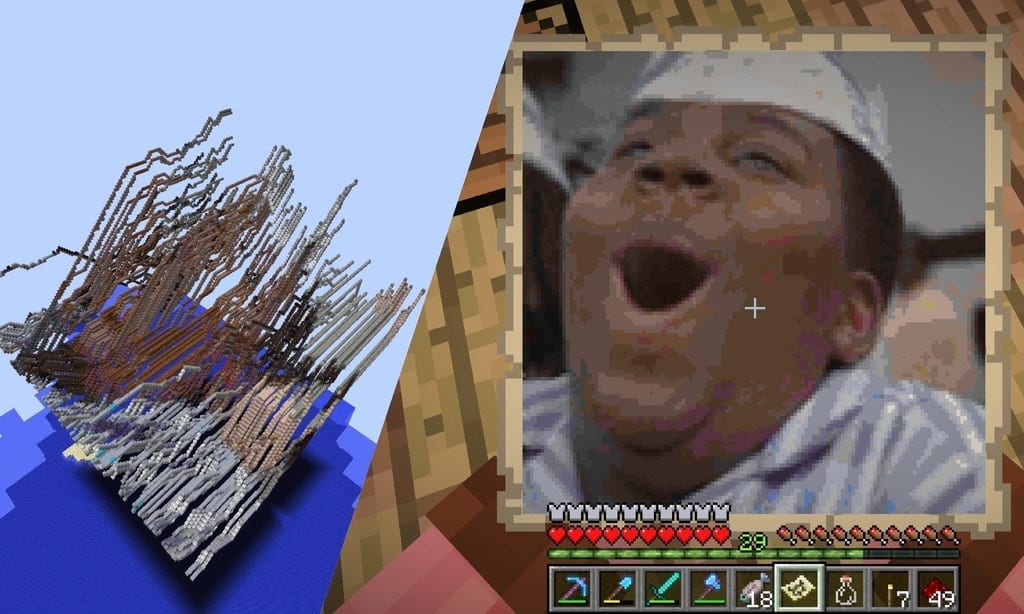 At first glance, the pixel picture to the right of the image above doesn’t look that impressive. However, when you understand how it works, I’m sure you’ll be impressed.

The picture the player is holding on the right is actually a map. The map essentially shows a pixelated 2D version of the surrounding area from a bird’s eye perspective. This means players can place down blocks to show it on the map.

This particular player planned out an entire image by placing each block, pixel by pixel. The image on the left above shows how the blocks are laid out. Some blocks are placed higher than others because it changes the shade of the pixel slightly. 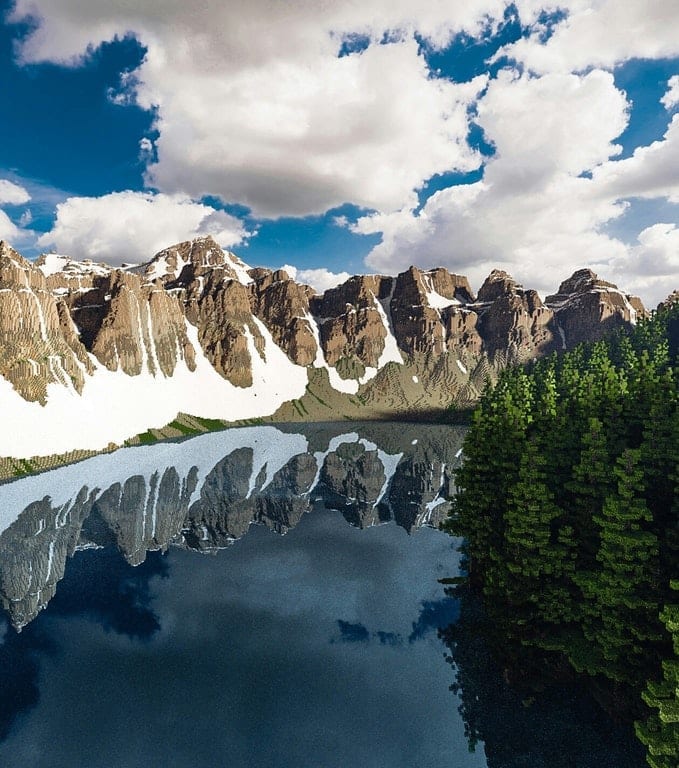 After seeing a picture of a Canadian mountain shown repeatedly on a nature subreddit on Reddit, one Minecraft player took it upon himself to build the mountain within Minecraft.

If you consider that this was built entirely out of square blocks, it’s really impressive. A little help from a resource pack certainly helped with the water, the lighting and the sky, however.

The Minecraft version was so good that the Minecraft Reddit community prompted the creator to post it in the original nature sub. Many of the upvotes and comments were from Minecraft players so it’s hard to see if the image actually fooled anybody. 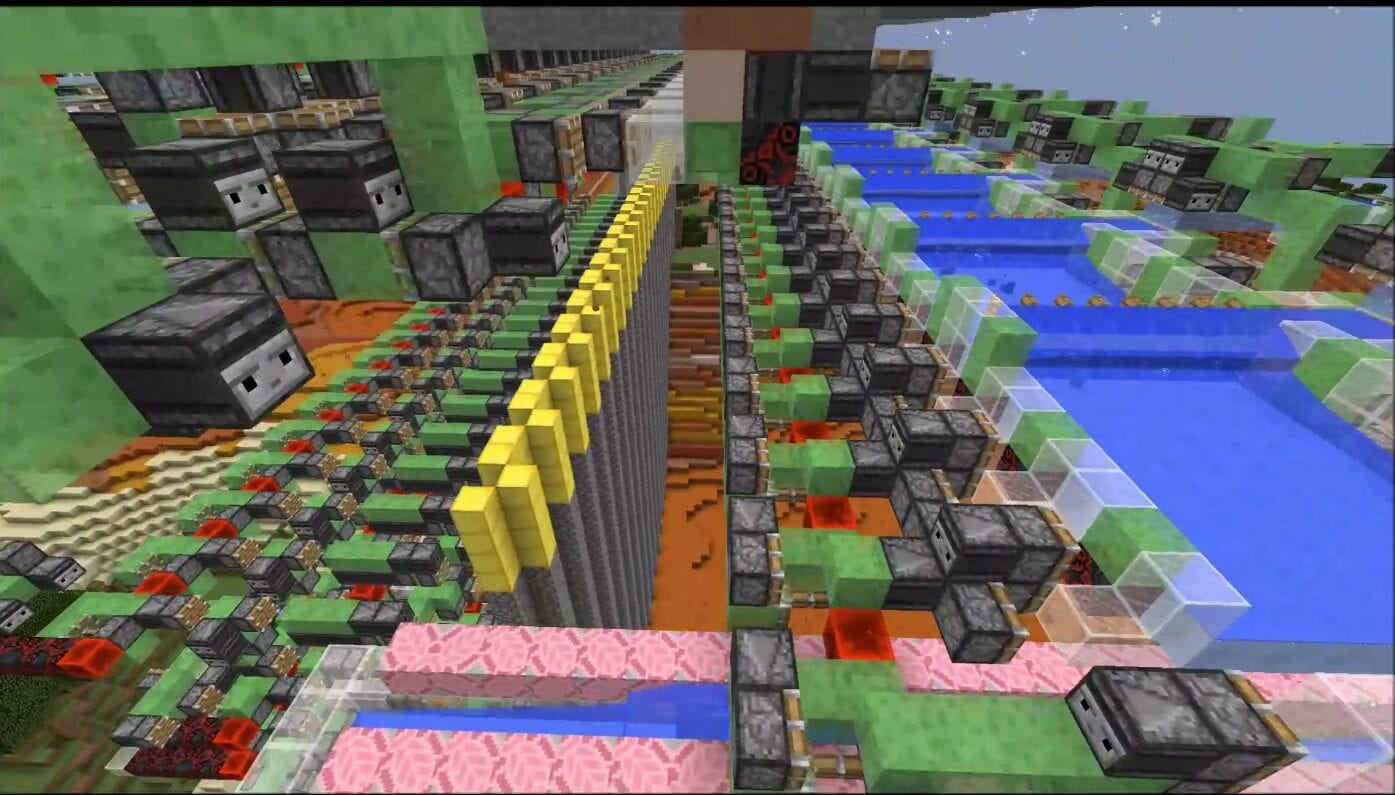 In Minecraft, there are a number of blocks that can be used to create automated tools. These tools can be powered by redstone – it essentially works like circuitry, connecting different blocks together.

The vanilla version of Minecraft is quite limited when it comes to building automated tools, but somebody still managed to make an automatic quarry that would dig down to bedrock.

It’s so complex that I can’t even begin to understand how it all works. How do you even plan out a build like this, let alone figure out how it’s all going to work?

Built A Working Version Of Pokemon Red In Minecraft Without Mods 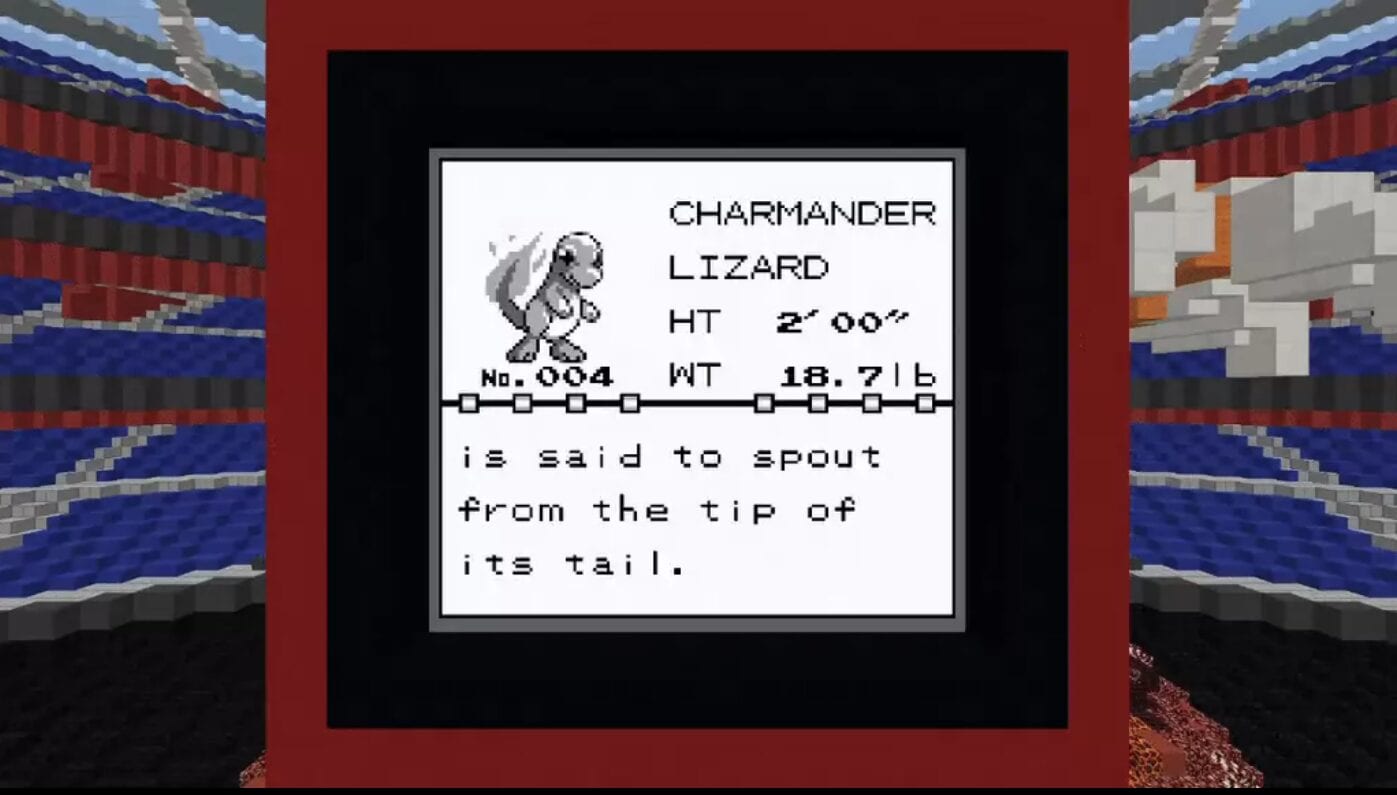 If you thought the working phone was crazy, this next creation is going to blow your mind. A player managed to build a working version of Pokemon Red in Minecraft without the help of any mods.

The player built it by using Minecraft command blocks. I’m not too sure how it all works, but you can find a video of it working from the creator here.

Apparently, the game is absolutely the same as the original. Even some bugs that were found in the original game have been included. Unfortunately, sound wasn’t included in the Minecraft version, however.

Here’s another incredible creation that shows just how much effort players can put into a game like Minecraft to recreate something from their favorite fantasy universe.

Visually, Minas Tirith is one of the most complex environments shown in The Lord Of The Rings, so rebuilding it in Minecraft couldn’t have been an easy task.

There have actually been a few times where Minas Tirith has been rebuilt in Minecraft, but the image above showcases our favorite so far. We’re not sure who made it, but you can find the original Reddit post for it here.

Built An Entire MMORPG Within Minecraft

One of the most recent things that caught our attention for its level of craziness is the Wynncraft server. A team of players spent 4 years hand building a world in Minecraft. They then developed their own mod and set of servers that essentially turned the world into an MMORPG.

The world is filled with quests, looting, player progression, guilds, bosses, and raids. It’s literally a fully-fledged MMO that’s been built from the ground up within Minecraft. If you’re interested, the MMO is called Wynncraft. 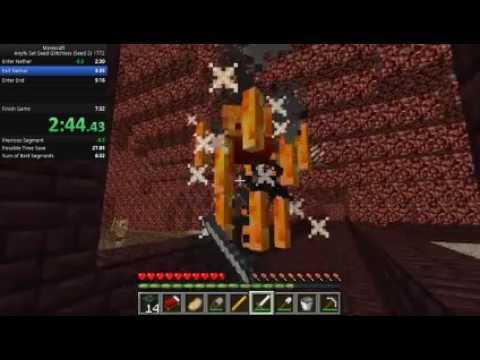 Technically, you can’t complete Minecraft, but a community of speedrunners test themselves to see how quickly they can fight their way into the End and then kill the Ender Dragon.

The world record was done in 7 minutes, 16 seconds and was complete without any tools or assistance from mods. You can check it out above.
Summary

What are your thoughts on these crazy Minecraft feats? Is there anything else like this that you’ve seen in Minecraft that has impressed you?