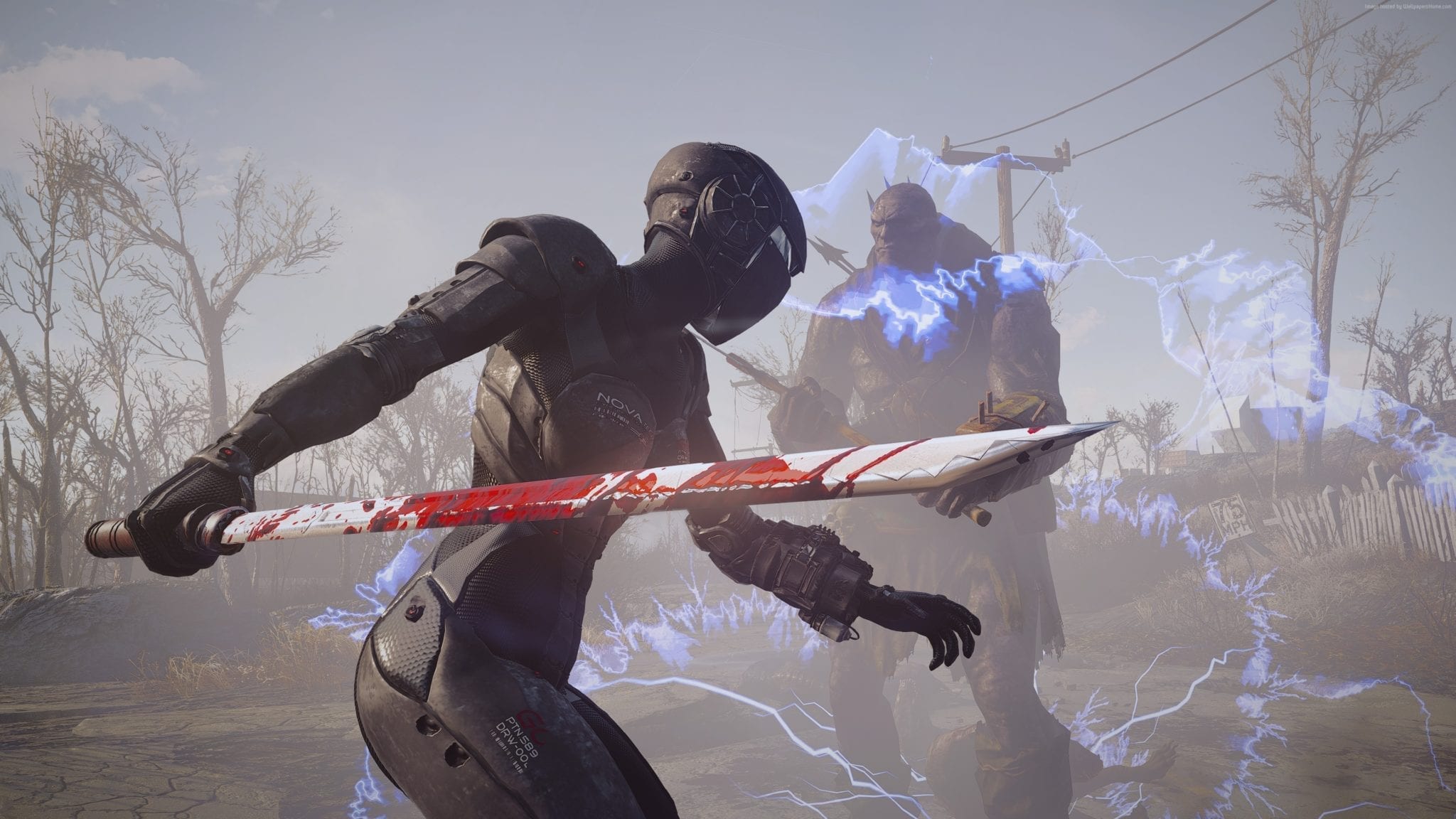 Looking for some new Fallout 4 mods to expand your game? Why not check out the mods we’ve included on this list? Without a doubt, these are 10 of the most impressive Fallout mods we’ve seen so far.

This list contains a variety of mods that fall into different categories. We’ve got mods that add new items, maps that change the graphics or environment in some way, and mods that expand upon the functionality of the base game. Check them out below! 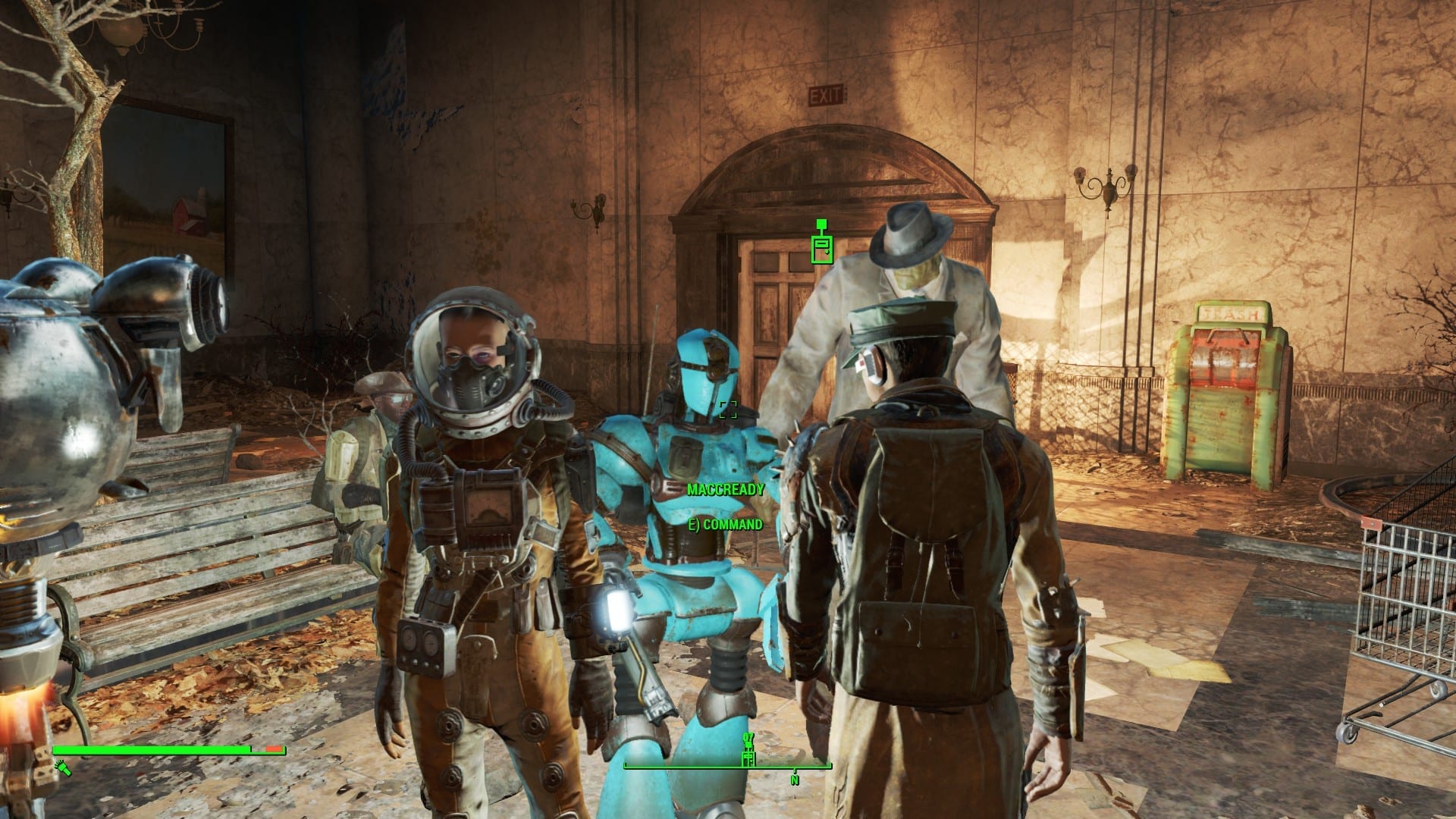 The Armorsmith Extended mod makes huge changes to the way armor can be created and worn in Fallout 4.

With this mod installed, you’ll now be able to wear outfits under your armor pieces, your hats and helmets can be worn with bandanas and masks, and every hat or helmet can have ballistic armor weaved into it.

The clothing modding system has been rebuilt from the ground up with this mod as well. There are now a total of 10 different clothing mod types, each of which can have new perks. New outfits have been added. 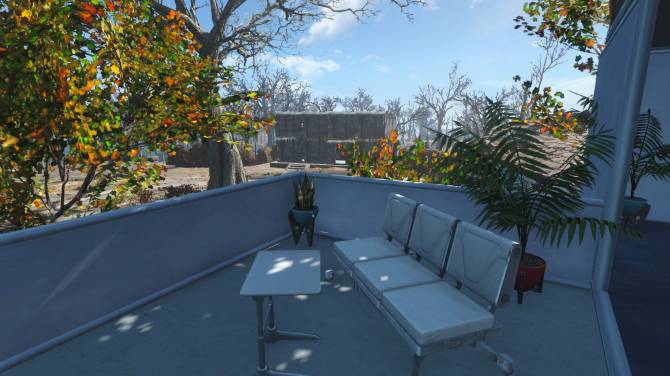 The Homemaker mod adds over 1,000 new craftable items that can be placed whilst building settlements.

Some of the items in this mod are basic household objects, such as refrigerators and tables. Other items are made for the outdoors – for example, you can craft working street lights or cars.

The Homemaker mod can also be used to place snappable walls, floors, stairways, and other items necessary for putting together a home.

In essences, the Homemaker mod expands upon the existing settlement tools and gives players more creativity and freedom when it comes to making their own settlement look unique. 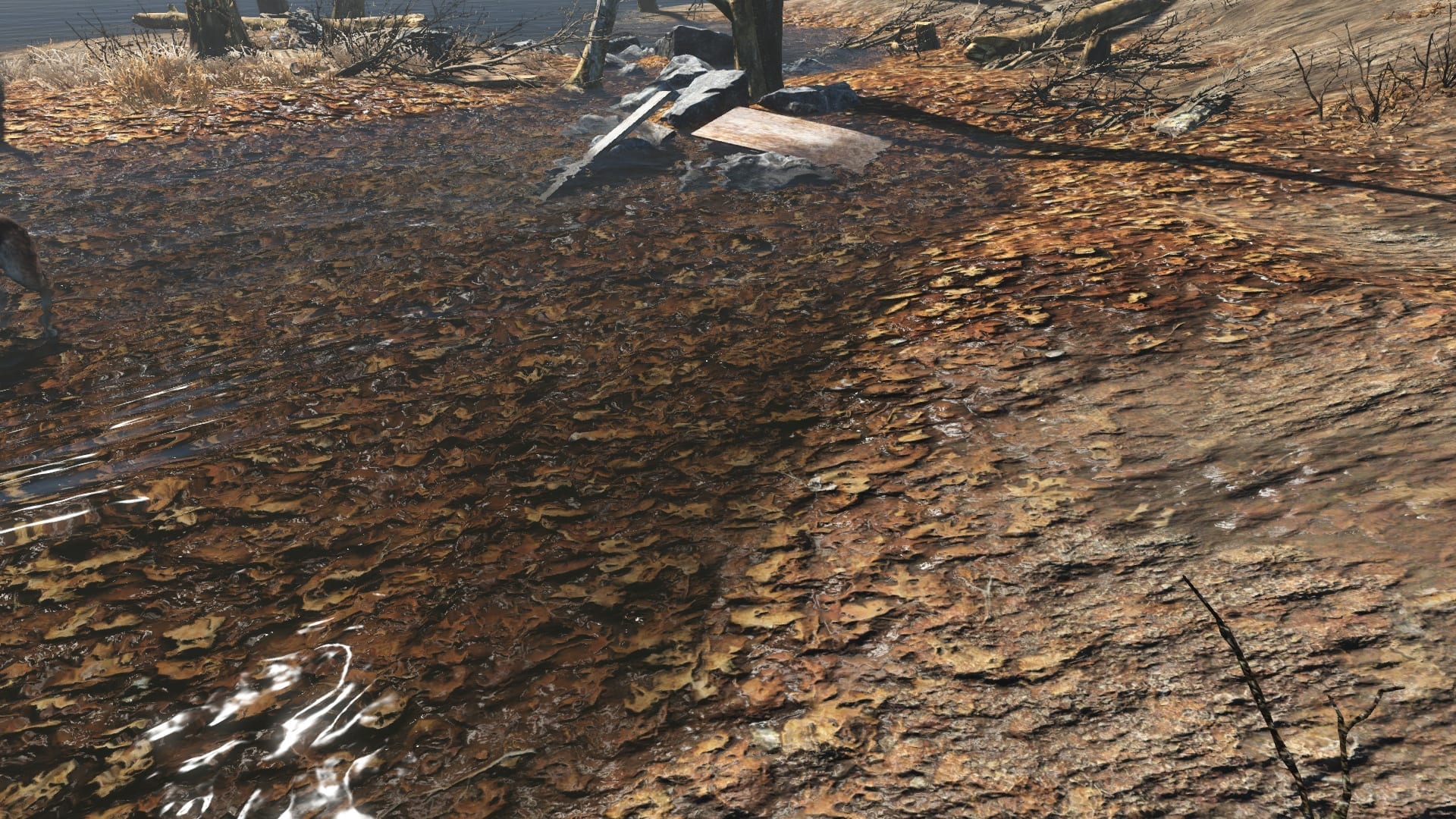 Fallout 4 is lacking something when it comes to graphical fidelity and the Vivid Fallout mod collection was made to try to combat that.

This particular mod collection essentially adds new HD textures to absolutely everything within the game. Most of the work has been done to landscape textures, but some work has also been done to trees, rocks, roads, bridges and some concrete walls.

When you have this mod installed, you’ll find that Fallout 4 looks far more alive and colorful. Surprisingly, this mod actually runs better than the vanilla textures. 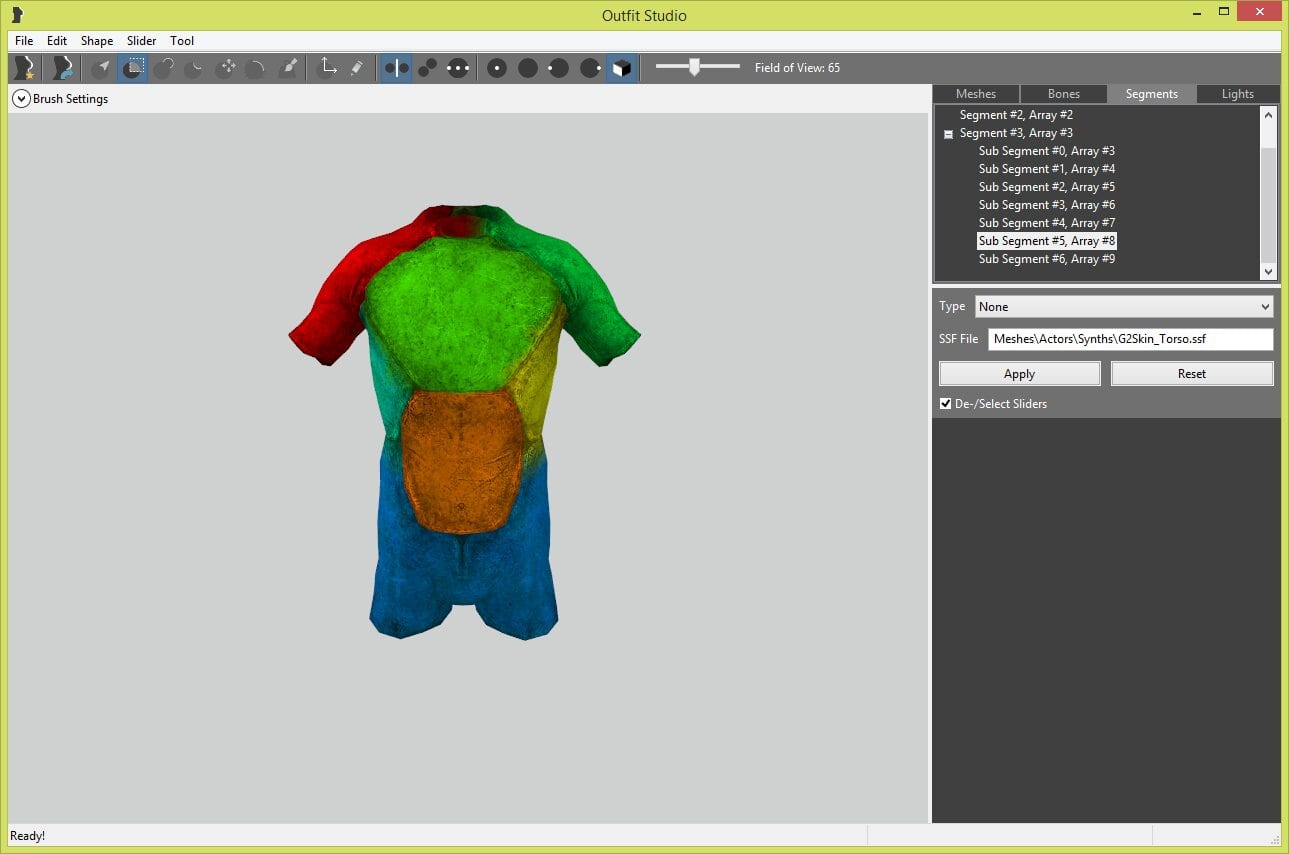 One of the most interesting elements about Fallout 4 is the character customization feature at the beginning of the game. The only issue is that you’re given little control over making your character have a specific appearance.

If you’d like more control over how your character looks, you’ll want to install the Bodyslide and Outfit Studio mod. With this mod, not only can you create custom outfits for your character, but you can adjust every last muscle with different sliders to make your character have a unique body composition. 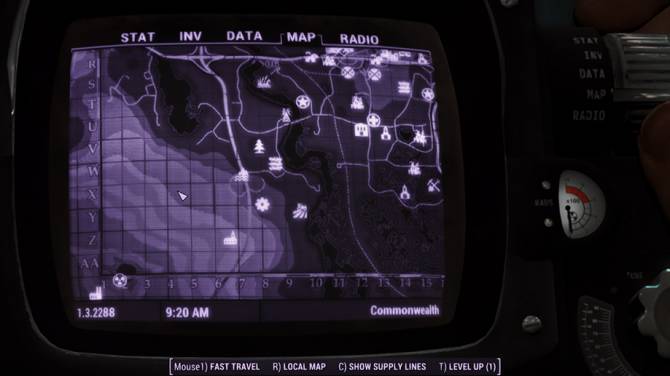 This mod completely redesigns the in-game map in Fallout 4 so that it’s easier to see what’s actually going on in the world.

In terms of overall appearance, this mod adds a high contrast version of the map to Fallout 4 that’s easier to view. There are also some clear improvements to the layout of the map and using this mod will allow you to clearly see roads, markings for water, and topography. 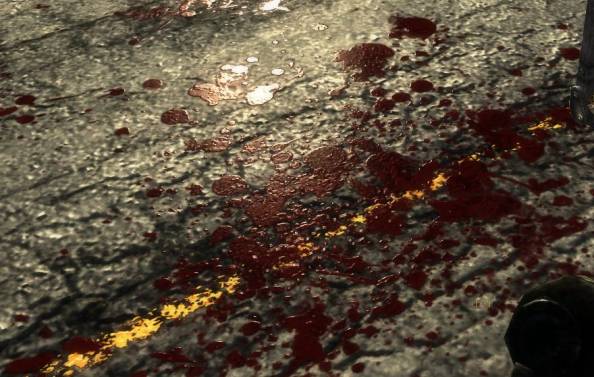 Do you ever feel the level of violence and gore in Fallout 4 doesn’t quite match up to the harsh, apocalyptic tone the game is based around? Well, you might want to check out the enhanced blood textures mod.

This mod really turns the gore up a notch by implementing new blood textures, new blood splatter effects, new visual wound types, and overall just an increase in the amount of blood and gore viewable in-game at once. 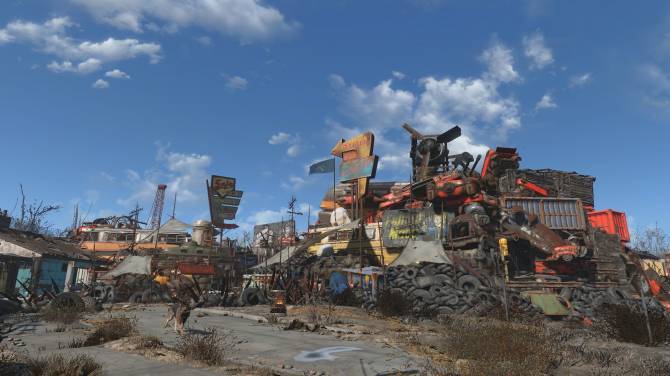 If you’ve ever been frustrated with the limitations set on placing down settlement items, you’ll love the Place Everywhere mod. Whilst this mod doesn’t add any additional content to Fallout 4, it does give you the freedom to place down settlement buildings and props pretty much anywhere in the world.

Being able to have the freedom to build anything anywhere completely changes the game. This mod also allows you to move around a lot of objects that were previously locked to their position. This includes a number of scrap items that are scattered across the world. 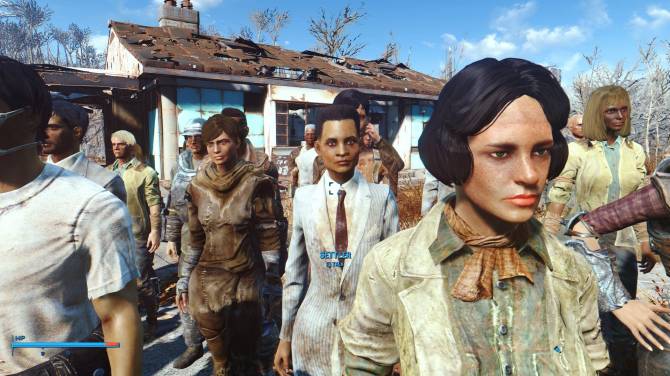 The Better Settlers mod adds 230 new settlers to the vanilla collection. In total, that makes for over 270 different settlers, all of which are lore friendly. You can also choose to edit what the new settlers carry – you can change their equipment, stats, and even their mortality.

When a new settler joins your settlement, stats and details are randomly generated by default, so you’ll never have two settlers that are the same.

If you like spending time building a new settlement, then this mod will go hand-in-hand with the other settlement mods we’ve listed so far. 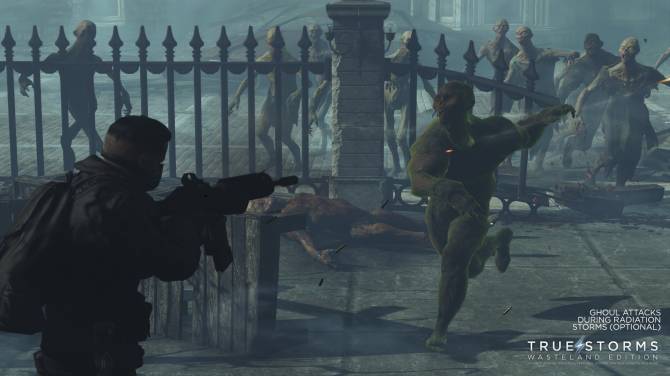 If you’re after immersive mods, True Storms has you covered. With this mod, you’ll be able to bring lifelike storms and weather effects to Fallout 4.

Once you install True Storms: Wasteland Edition, you’ll start to see heavy rain and unique weather such as fog, dust storms, and hazardous radiation. You’ll see new particle effects and textures for the new weather types and new sounds to accompany them. 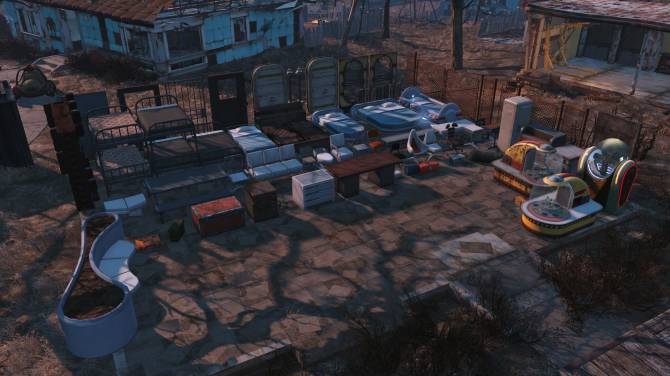 Our final mod in this list adds over 400 new items to the settlement supplies list. You’ll get access to new usable furniture items such as beds, chairs and benches, new snappable doors, new fence sets, and a variety of miscellaneous objects.

The entire range of new items added to this mod is incredible expansive – you’ll have to install it for yourself to see what’s available.

What are your thoughts on these mods? Let us know which of these mods is your favorite.

In our opinion, we think the Homemaker, Armorsmith Extended, Better Settlers, Place Everywhere, and Settlement Supplies Expanded mods all work very well together to create a brand new immersive experience within Fallout 4.