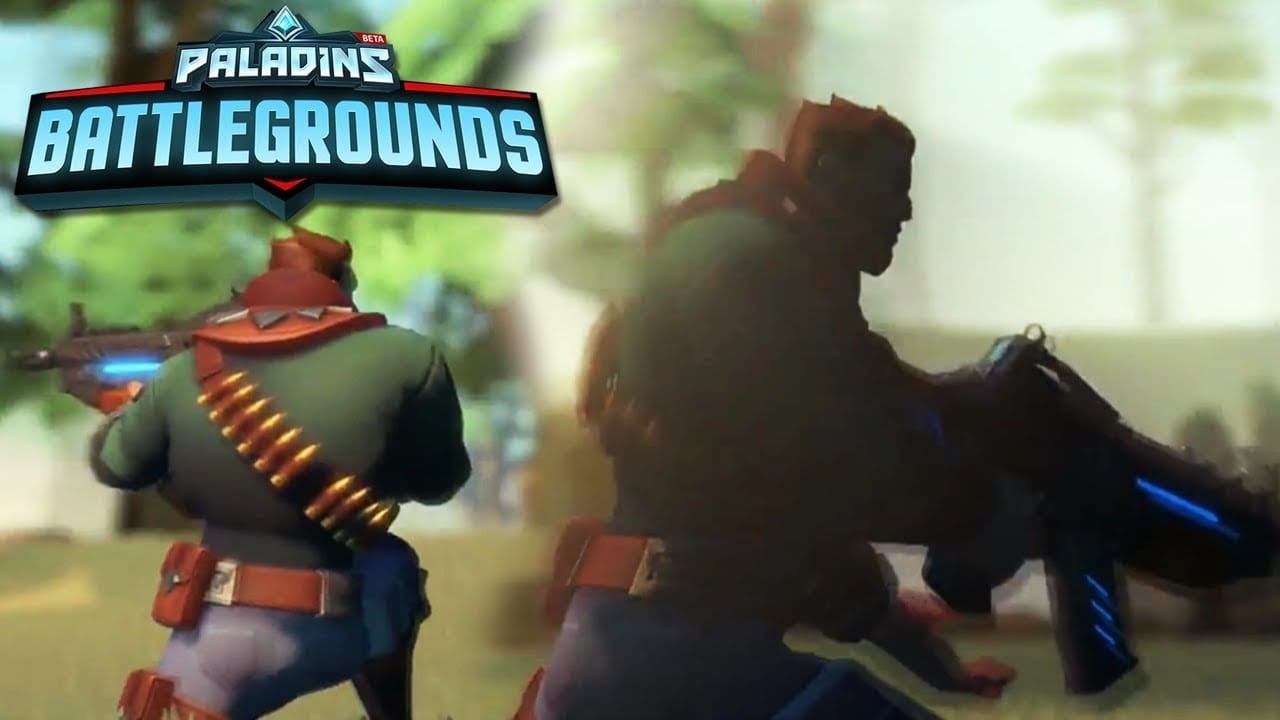 Okay, maybe we’re going a bit far by saying it’s ripping off Battlegrounds, but Paladins is jumping in on the Battle Royale hype. HiRez, the developers of Paladins, recently released a gameplay trailer that showcased a new BR mode that’s now planned to make it’ way to Paladins fairly soon.

Let’s take a look at what the new Paladins Battlegrounds game mode will be like.

For those unfamiliar with the title, Paladins is a hero shooter game developed by HiRez Studios. It shares many similarities with Overwatch. After the huge success of Overwatch, it’s really no surprise that companies like HiRez have jumped in on hero shooter trend. 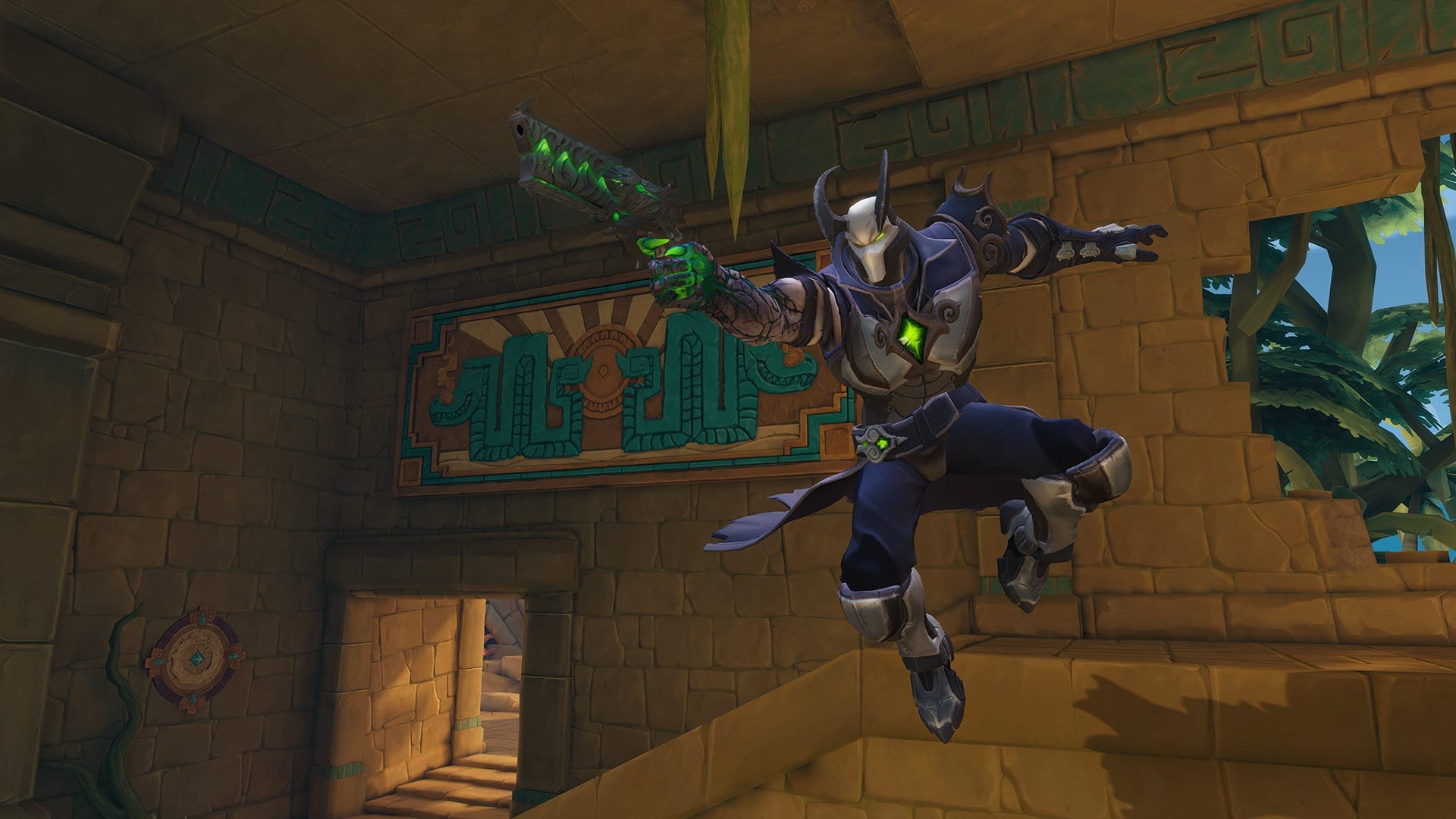 HiRez isn’t the only one either, but Paladins feels particularly similar to Overwatch, in more ways than just overall gameplay concept.

Many of the heroes in Paladins are quite clearly inspired by Overwatch and in some cases, even League of Legends.

If you can get past the similarities, you may find that Paladins isn’t actually a bad game. It gets all of the team hero shooter elements right, making sure that players must work together and play different roles effectively as one coherent unit to stand a chance at competing against other teams.

One big bonus for Paladins players is that it’s free to play. You can literally go over to Steam, press download, and be playing it for free within a couple hours. That’s one thing that Paladins has got over Overwatch.

You may be wondering then, why is Paladins getting a Battlegrounds inspired Battle Royale mode? And how is it even going to work with such a wide range of heroes with differing skills and abilities? Well, we’re not sure either, but we can certainly speculate on it.

Why Is Paladins Getting a Battlegrounds Mode?

Now, there are a few big reasons why HiRez is creating a Battlegrounds mode for Paladins. Firstly, Battlegrounds is very popular. In fact, it’s even more popular than Minecraft was when it was all the rage a few years back.

The Battlegrounds game mode is insanely popular and Paladins developer HiRez wants to capitalize on that.

What we really want to know is how they’re going to implement the Battlegrounds mode into Paladins. We can’t really make too many assumptions given the limited information we have available, but we’ll speculate based on what we know about Paladins and what is shown in the trailer.

Here are our speculations for Paladins Battlegrounds:

When Is Paladins Getting The Battlegrounds Mode?

So far, we don’t know an exact release date, but HiRez have stated that the Paladins Battlegrounds mode will be available later in 2018. 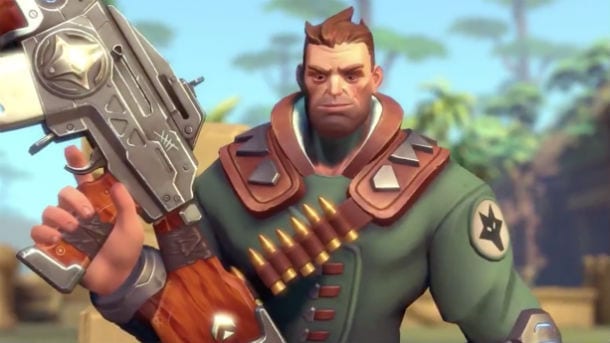 HiRez also mentioned that the update will come to consoles and PC, so it’ll give all players an opportunity to play another free Battle Royale game – this is especially good news to PS4 players.

It’s most likely that the update will be pushed out as extra free content – HiRez is best known for their free-to-play titles.

So far, Battle Royale games have all been about providing a fair, equal environment for all players – this is our note to HiRez: Please keep it that way!

If their Battlegrounds mode really kicks off, they may fork off development and split Paladins into two games so that they can both be progressed alongside each other.

Initially, the thought of a hero shooter PUBG game sounds odd. But if you think about it for awhile, it’s actually quite exciting. It implemented correctly, the Paladins Battlegrounds mode could end up bringing a fresh twist to the Battle Royale genre.

At this point, Battle Royale games really do deserve their own genre in the video game industry. PUBG helped to define the genre, but after its huge success, it’s quite clear that PUBG is just the start.

There are bound to be many more games like Fortnite and Paladins. Let’s just hope that developers like HiRez put effort in to make sure their own versions of the Battle Royale game mode stand out in some way.

What are your thoughts on the upcoming Battlegrounds mode for Paladins? Are you excited to see where it may go in terms of gameplay, or are you more frustrated in the sudden surge of Battle Royale titles in recent months? Let us know your thoughts.