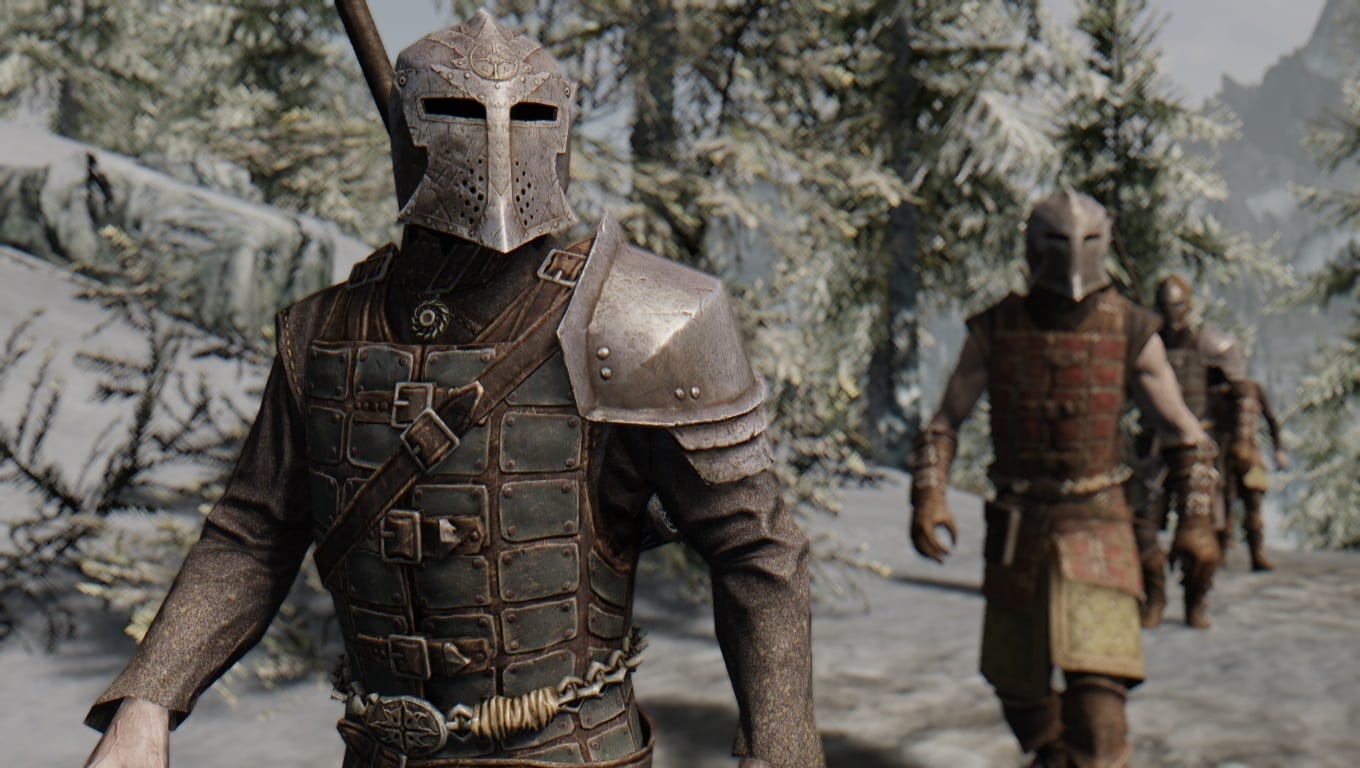 One thing that keeps us coming back to Skyrim again and again is the incredible mod support for the game. Ever since it launched, Skyrim has had one of the biggest modding communities in the world.

In 2018, 7 years after the first launch of Skyrim, we can now look back and compare the best Skyrim mods amongst each other. We’ve created a list to showcase the top 10 mods we have been most impressed with over the past 7 years. 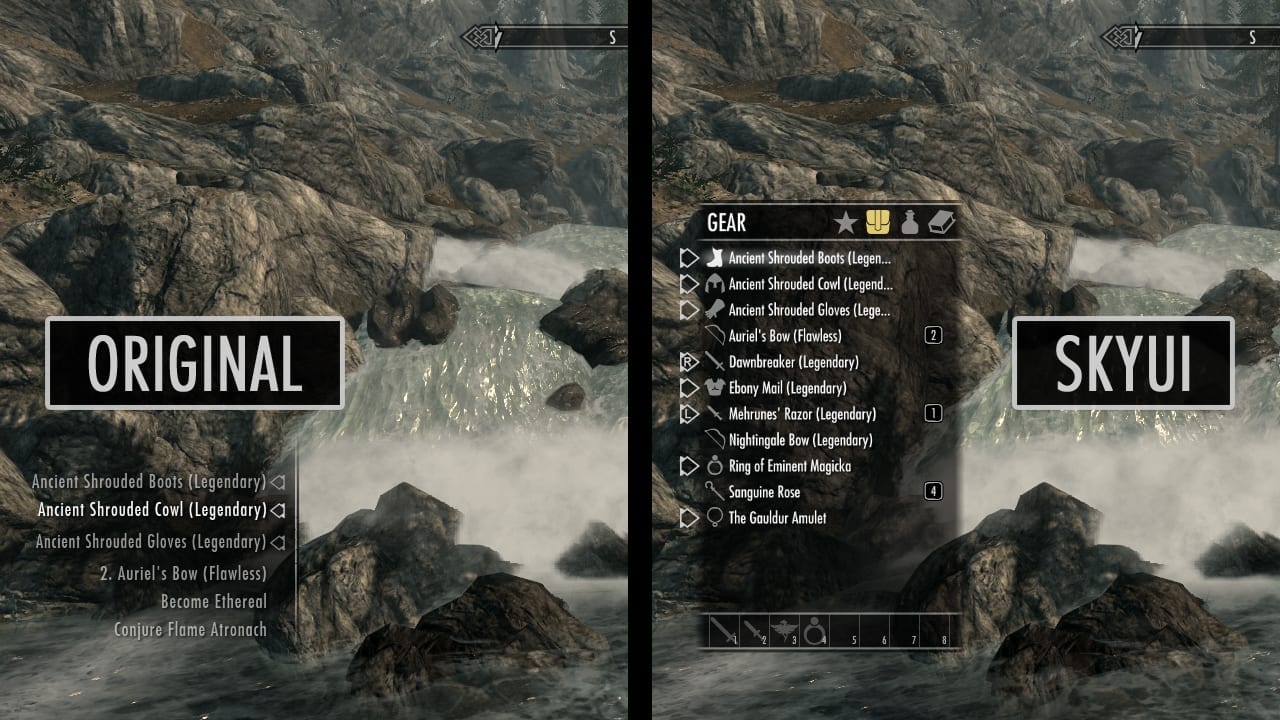 Let’s start with a mod that changes the way you interact with everything within Skyrim – the user interface.

SkyUI is undoubtedly the undefeated king when it comes to UI mod improvements. Whilst the base Skyrim UI is clunky and inefficient for mouse/keyboard use, SkyUI has been built from the ground up to be as clean-cut and responsive as possible.

Everything from finding items to sorting it in a manageable way has been implemented on SkyUI. You’re able to use text search to quickly find items, organize by different modifiers, and access items based on new categories such as smithing, crafting, enchanting, and alchemy.

The entire interface is also incredibly customizable so that players can remove or adjust features they don’t find useful. 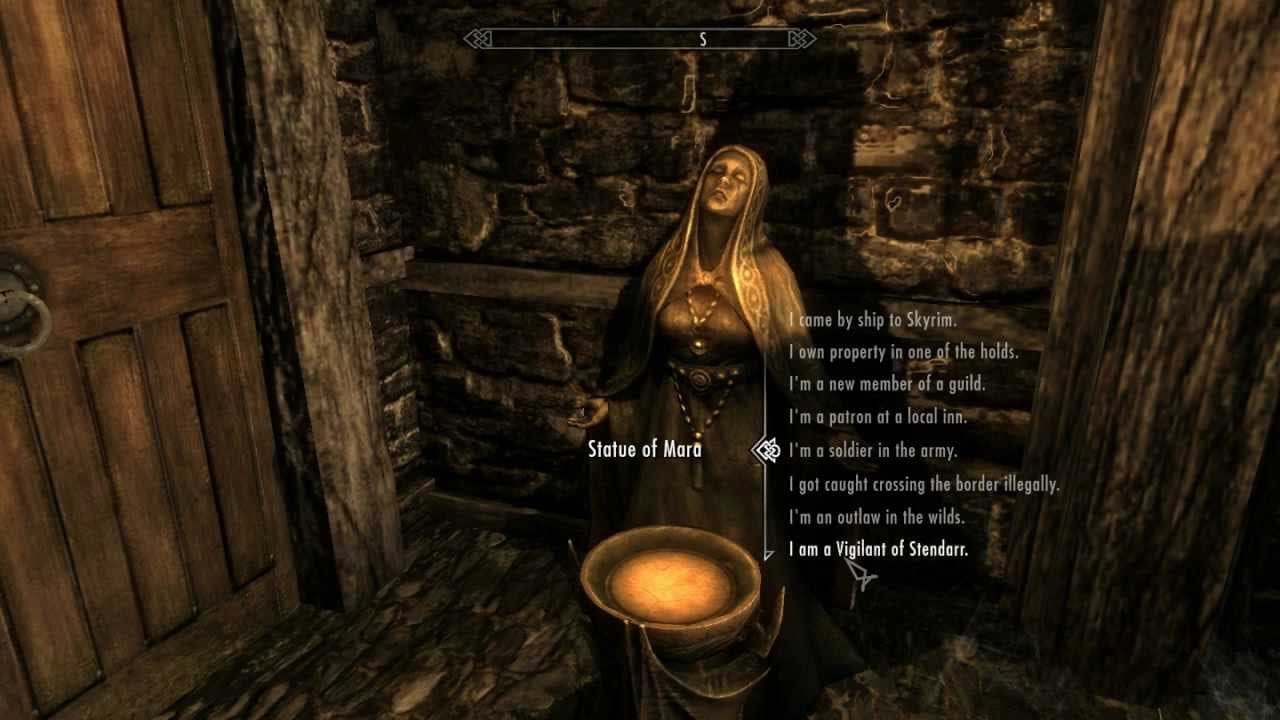 Some of the best mods are those that give you alternate gameplay experiences that steer away from the vanilla game. These kinds of mods can keep things fresh for longer and with enough of them, you’re able to put in way more hours filled with fun and engagement than you ever could get out of any game without mod support.

Live Another Life is a mod that changes the gameplay experience straight out of the gate. No longer do you have to go through the boringly slow intro again. Instead, you’re able to throw yourself into an alternate lore-friendly life somewhere else in Skyrim.
With this mod installed, you must first choose your race and then choose from a collection of starting positions. There’s plenty to pick from, so things are kept fresh each and every time you start a new game. 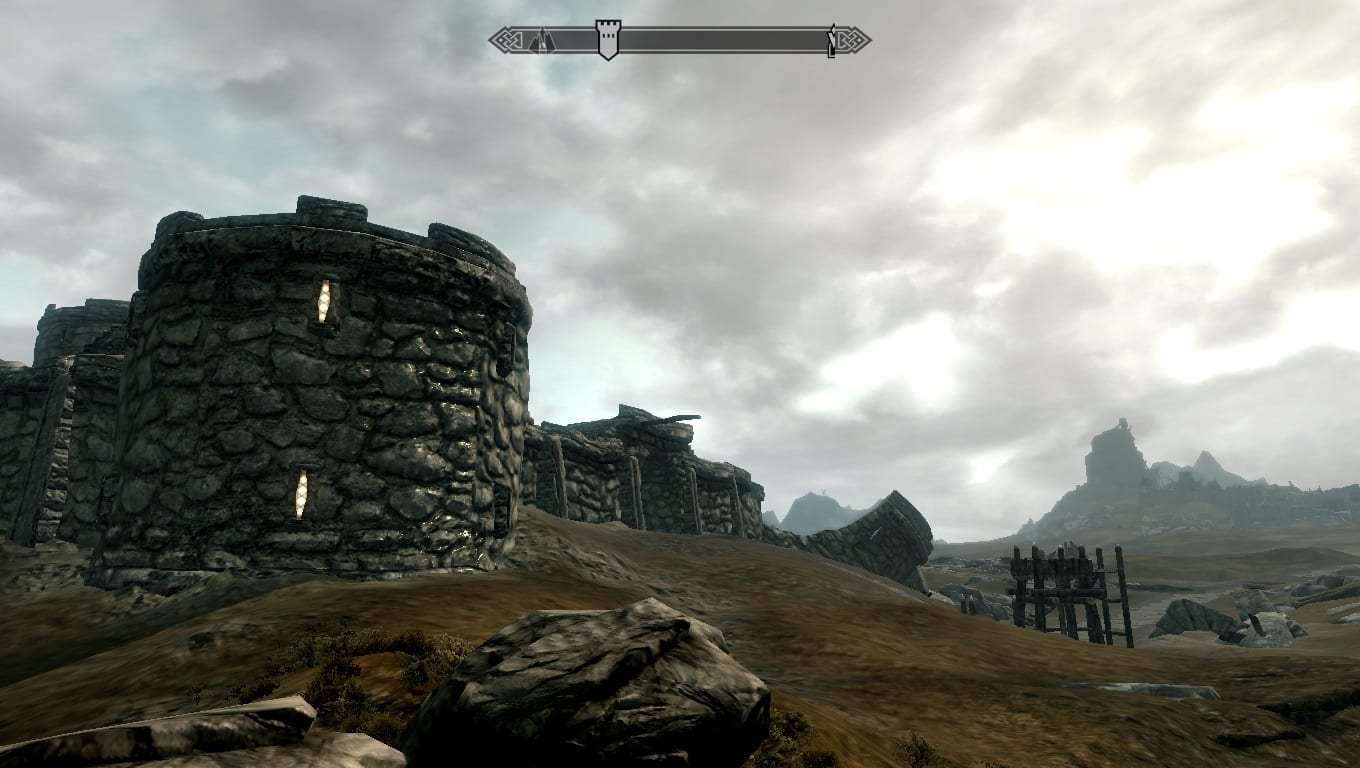 Sounds Of Skyrim is actually a collection of mods that enhance the background sounds across the entirety of Skyrim.

Brand new sounds are brought into every environment. Different sounds are added for different times of day, and sounds are relevant to the area you’re in. If you install all of the Sounds Of Skyrim mods, you’ll find that there are new sounds practically everywhere you go.

Take a step anywhere through Skyrim and the new sounds can be heard. Currently, the three Sounds Of Skyrim mods are The Dungeons, Civilization, and The Wilds. 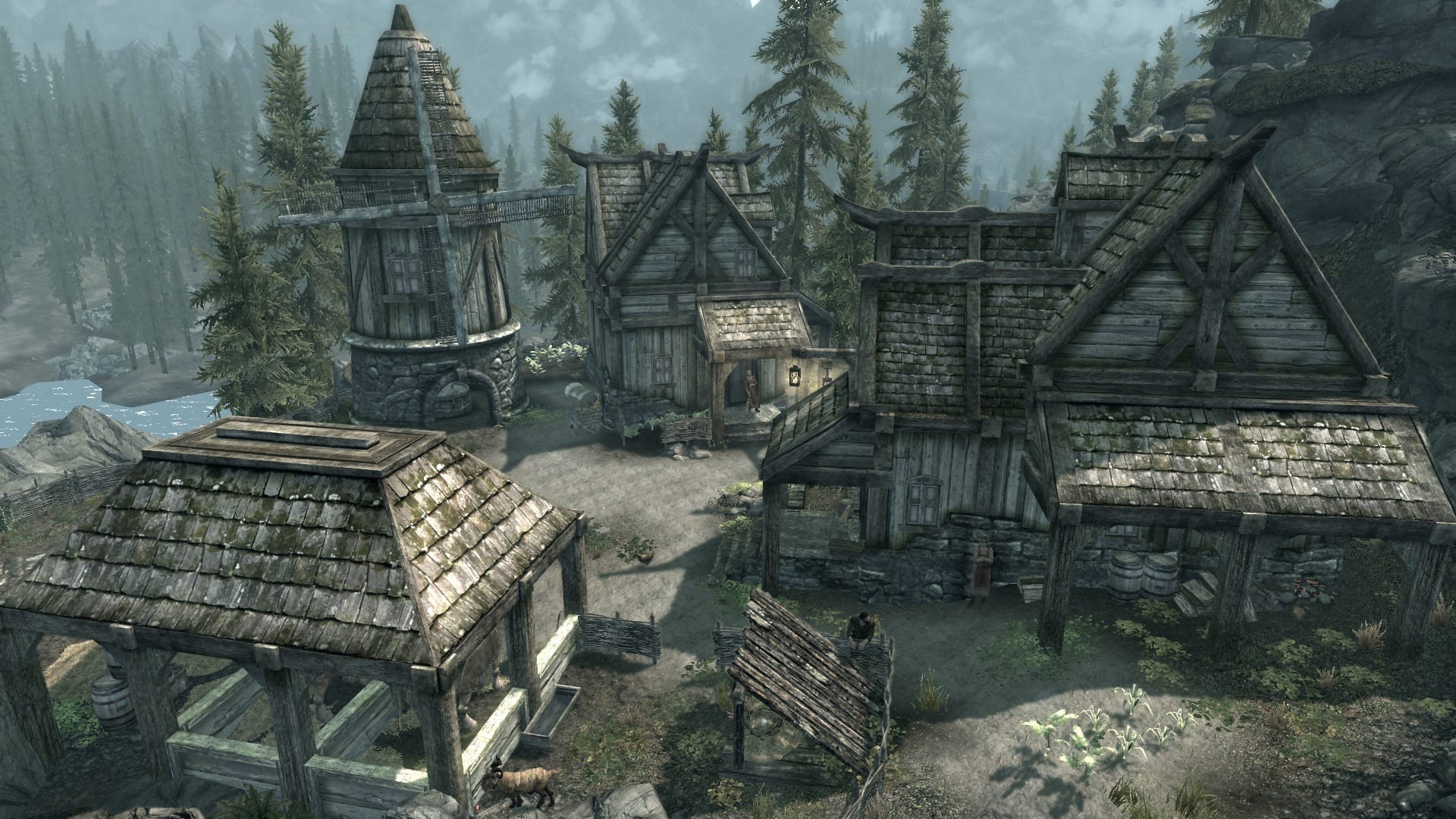 Once again, Towns and Villages Enhanced is a collection of enhancement mods for Skyrim. This particular set of mods adds new life to all of the towns and settlements within Skyrim with new graphical changes.

With Towns and Villages Enhanced, you can expect to see new flora spread throughout cities, added clutter to make each town feel more lifelike, and new water features and statues. The lighting has also been reworked to make cities brighter and more colorful. 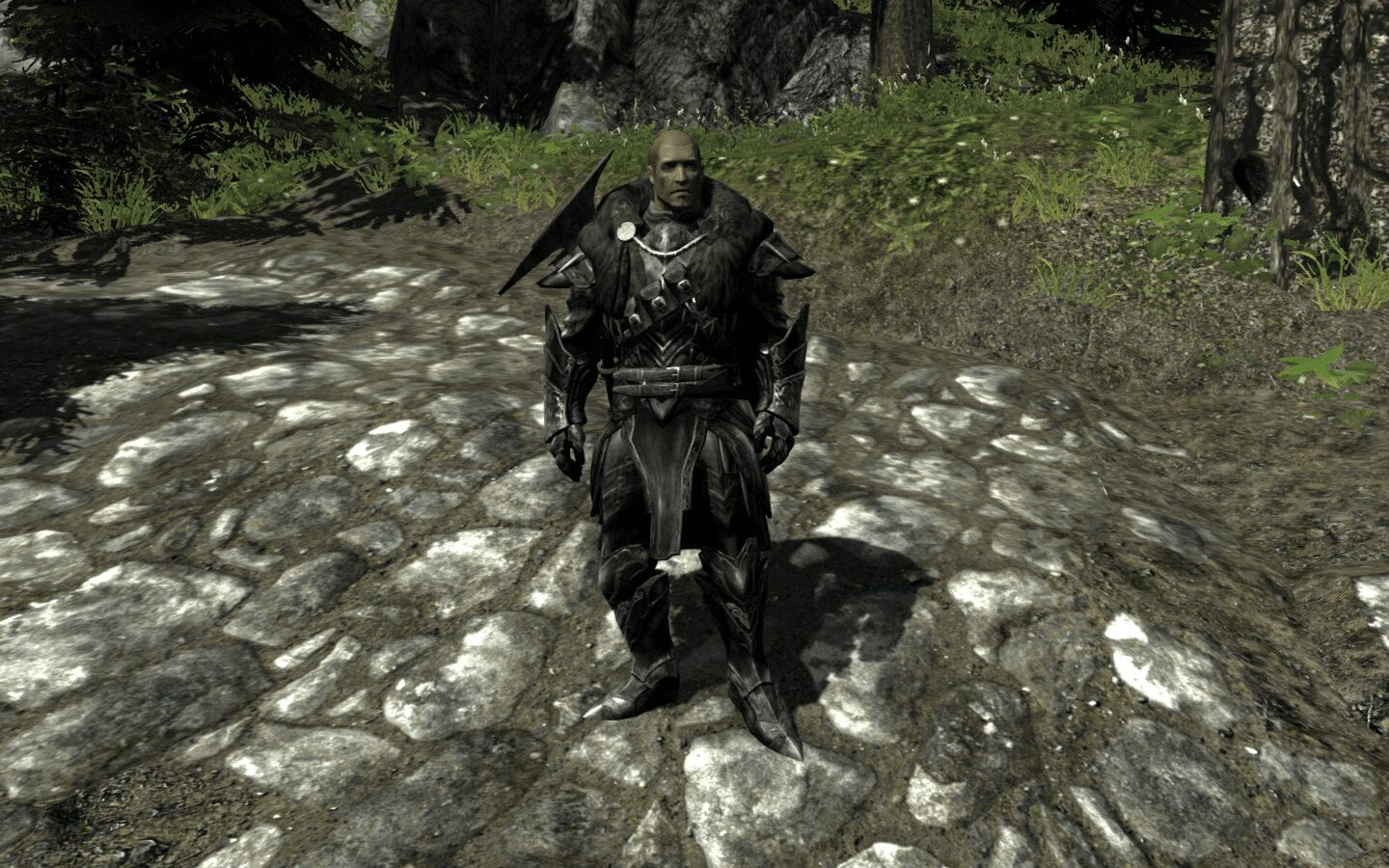 Falskaar is a new lands mod that adds an entirely new location to the game. Falskaar is essentially a DLC-sized mod available for free that adds a new area roughly one third of the size of Skyrim.
Along with the new area is a set of 26 new quests – 9 main quests and 17 side quests. There are new items such as new weapons, armors, and recipes. Two new spells and a new shout has been added, along with a brand new soundtrack.

If you add up all of the content together, there’s roughly 20-30 hours of playtime in Falskaar, which is absolutely incredible in our eyes.

Build Your Own Home in Skyrim 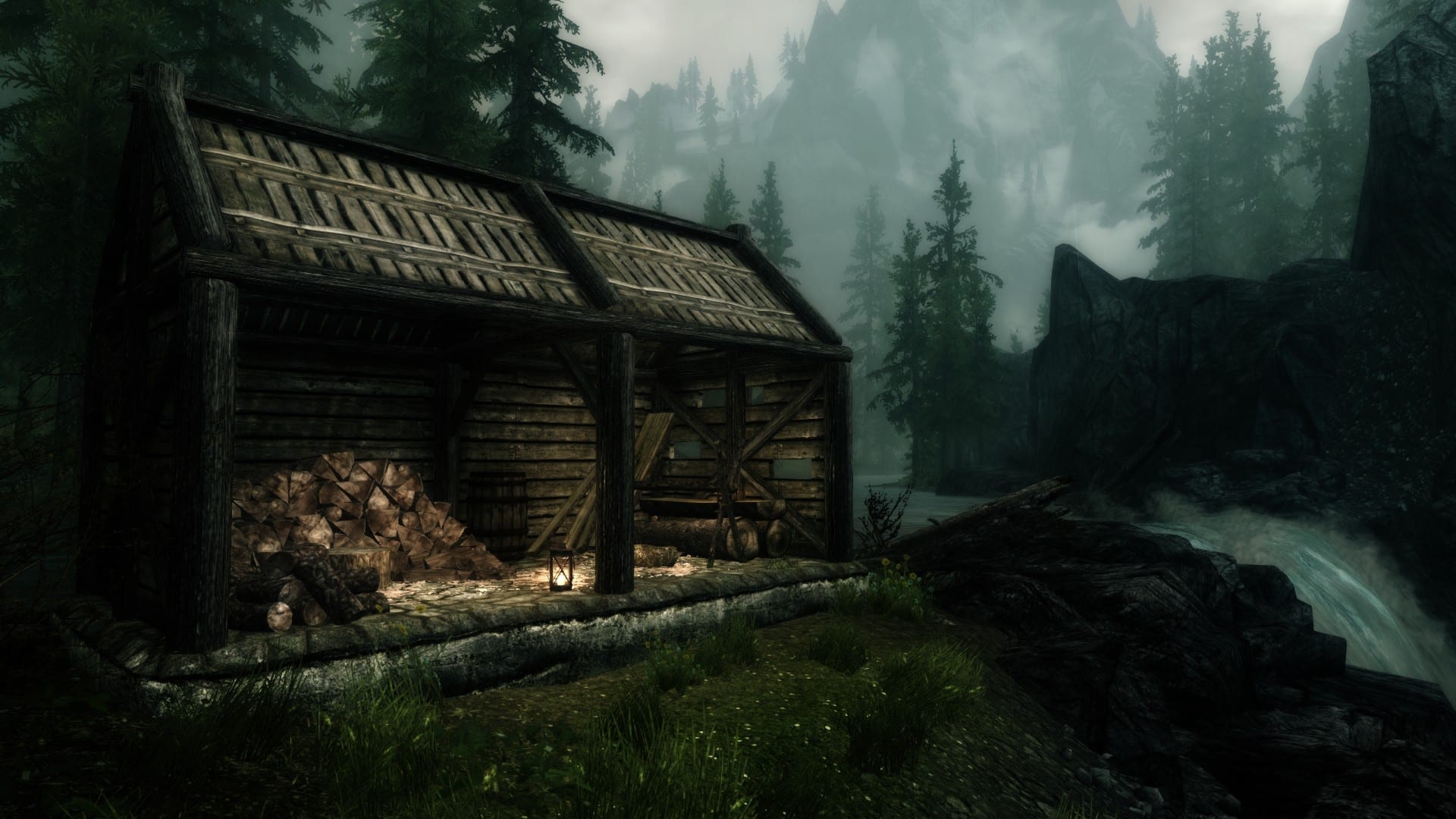 Build Your Own Home is essentially what it says on the tin. With this mod, you are given the tools you need to build your very own home. You can choose your home location, use modular tools to customize how it looks, and determine what features, both functional and cosmetic, the house has.

Immersive Patrols adds roaming NPCs from different factions all around Skyrim. It helps to give life to Skyrim whilst you’re traveling to and from places and gives players an opportunity to come across unique enemies or quest lines. 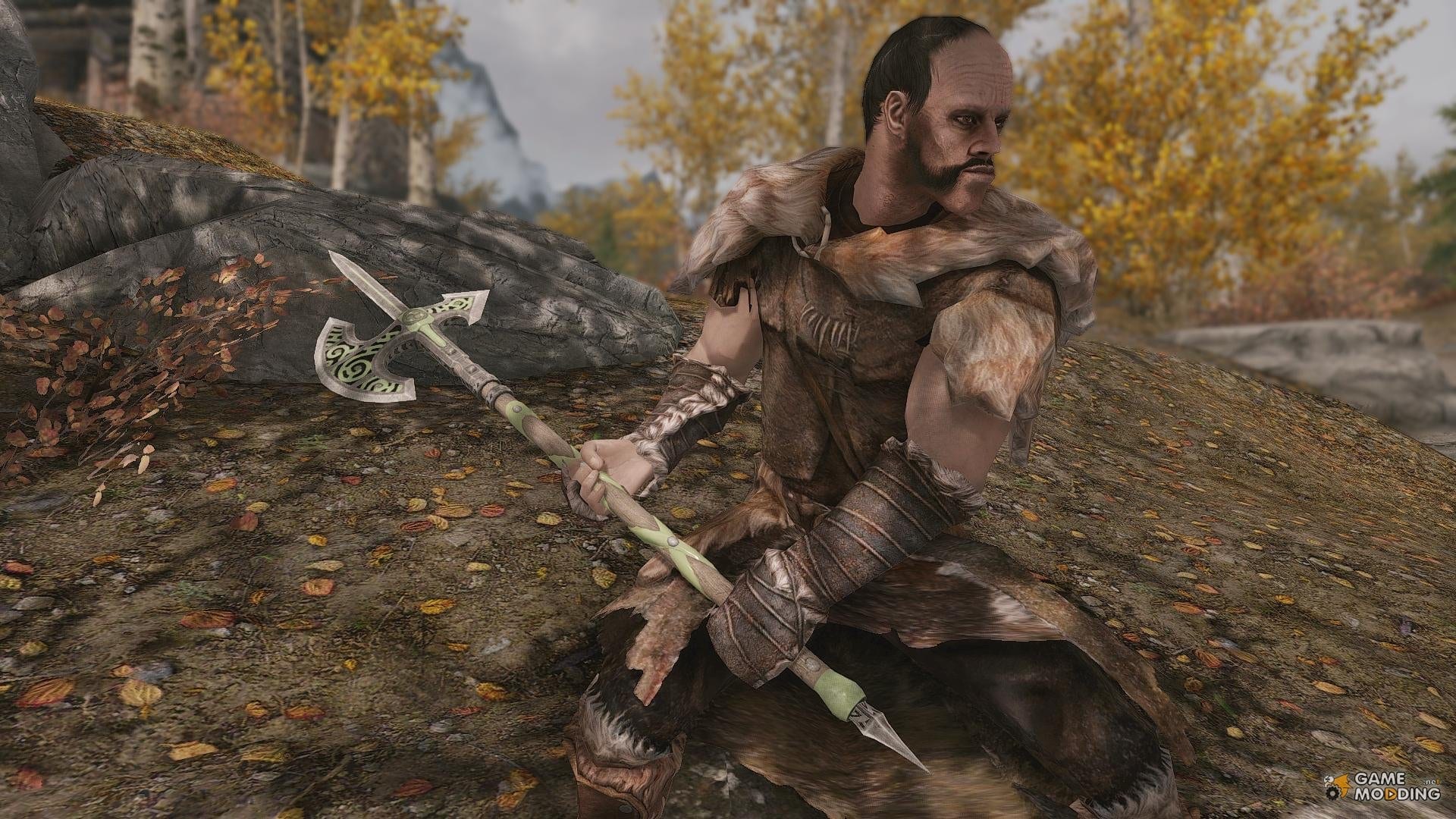 The Heavy Armory mod adds a wide selection of lore friendly weapons to Skyrim. If you’re after a wider selection of weapons to use, but don’t want to download weapons that don’t fall into the existing theme for Skyrim, this is the mod for you.

In total, this mod adds 100 new items. Some items belong to new weapon classes such as halberds and spears. Other items make use of materials that are rarely used in the vanilla Skyrim, such as Silver and Imperial items.

You can find out more about the Heavy Armory mod here. 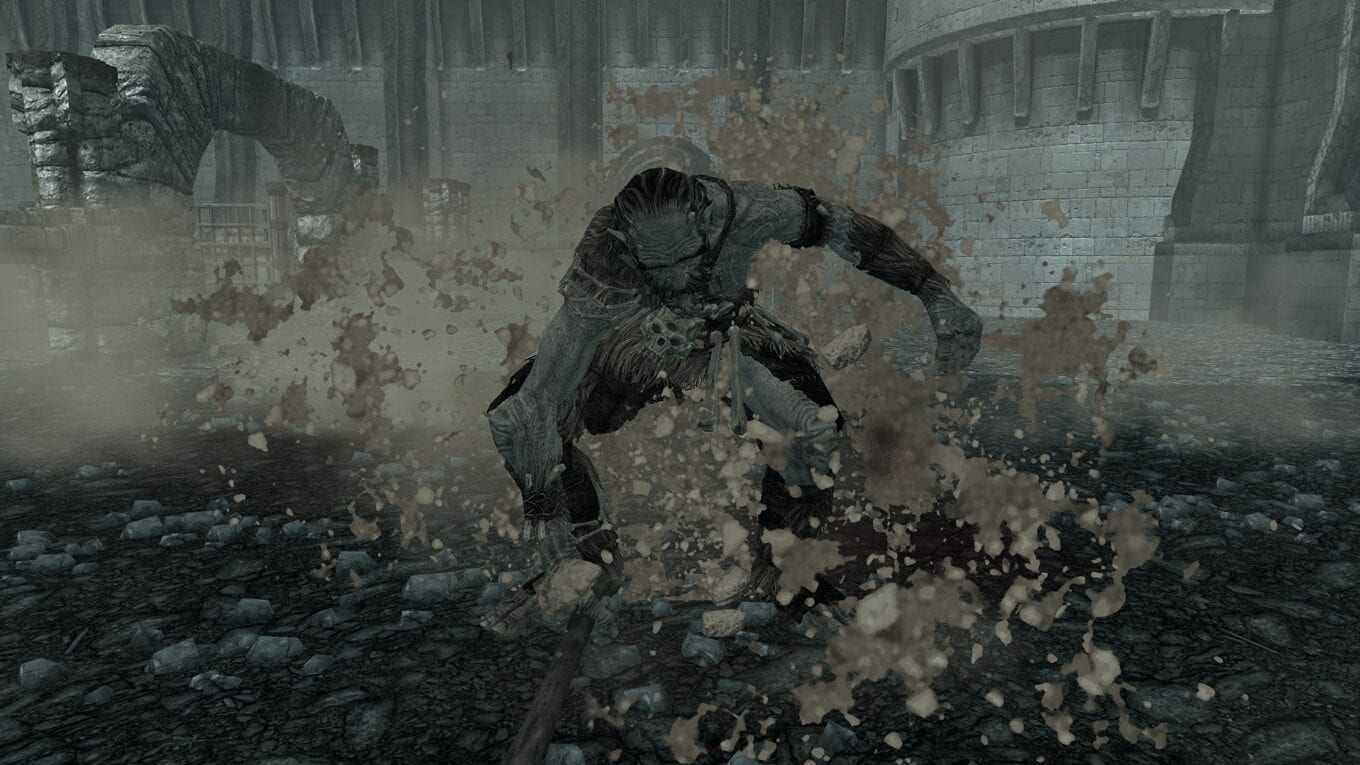 Do you remember the arena in Oblivion? If you do, you’ll love Faction: Pit Fighter. This mod adds a new faction that you can progress through by taking part in pit fights. You can bet on the outcome of fights between NPCs, or jump into the ring yourself.

Pit Fighter adds an extensive amount of combat-focused content. You can pick it up here. 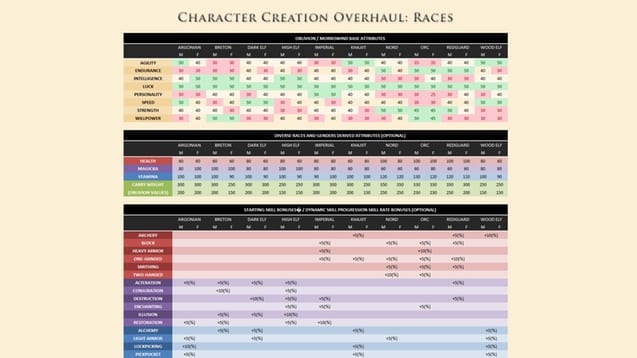 With the new Character Creation Overhaul, the choices you make at the beginning of the game can make big differences to your character. You can choose your race, your birth sign, your class, your skills, your specializations and your attributes.

Thanks for taking the time to look at our favourite Skyrim mods of all time! Which of these mods have you tested out for yourself?

ELDER SCROLLS 6: IS IT HAPPENING?