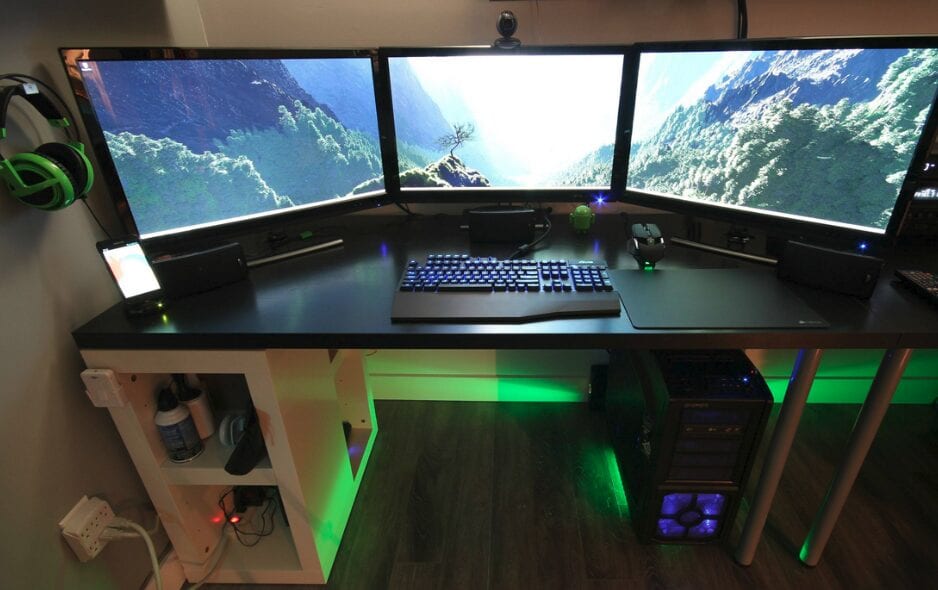 When it comes to customization, the PC just can’t be beaten. Customization in the PC gaming community is so expansive that some of the best gaming PC builds in the world could easily be considered works of art.

In this article, we take a look at some of the best gaming PC builds that highlight how incredible owning and building your own PC can truly be. 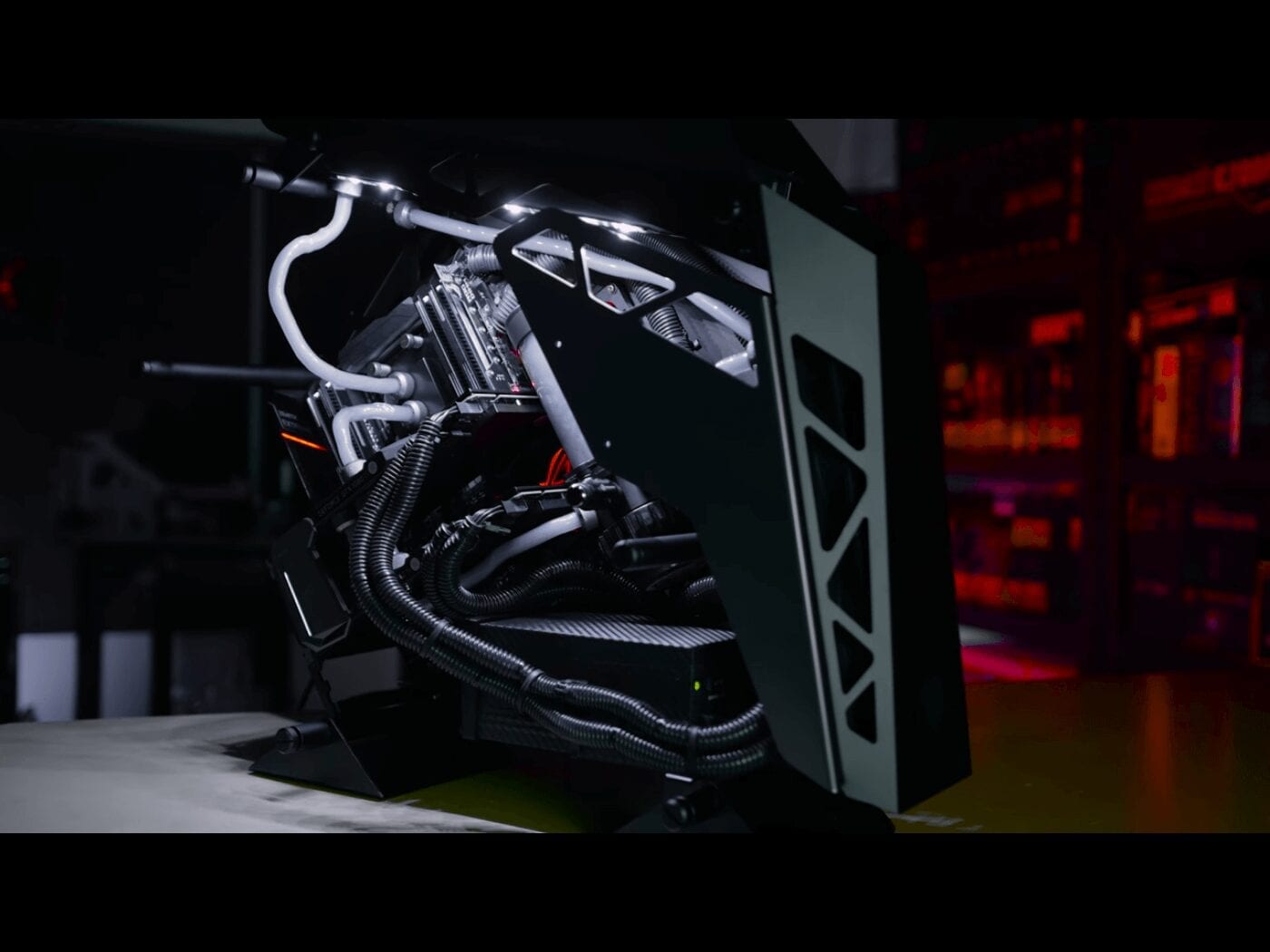 Youtuber and watercooling expert JayzTwoCentz regularly puts together impressive PC builds, but his most recent design, the Ultimate AMD Threadripper is absolutely incredible. It pulls apart traditional case design and somehow makes something beautiful out of an uncoordinated, crazy mess.

As you can see from the image shown above, the thing looks like the heart of some kind of organic alien spaceship. The cables that make their way around the board contain water cooling solution that helps to keep components like the GPU and CPU cooler. 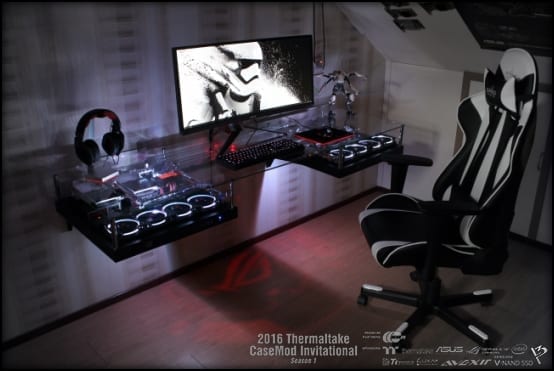 This next PC build is huge but it’s been designed in a way that leaves almost no footprint in the room. L3P built the PC shown above by mounting two Thermaltake P5 cases to his wall and then attaching a large sheet of glass over the two cases to create a desk.

The amount of time and effort that went into this build was mightily large, but the end result made it all worth it. 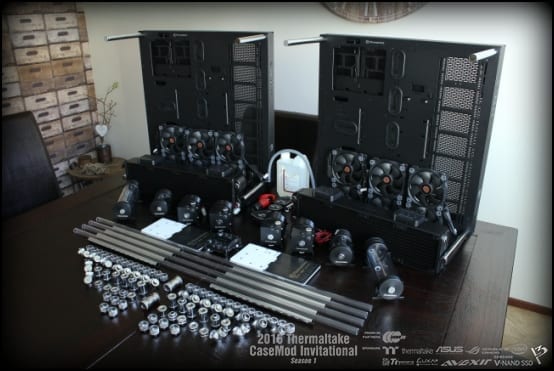 We’re really impressed by the incredible watercooling used for this PC. As you can see from the image shown above, a lot of work went into planning and laying out each of the parts to make the watercooling loop as aesthetically appealing as possible. 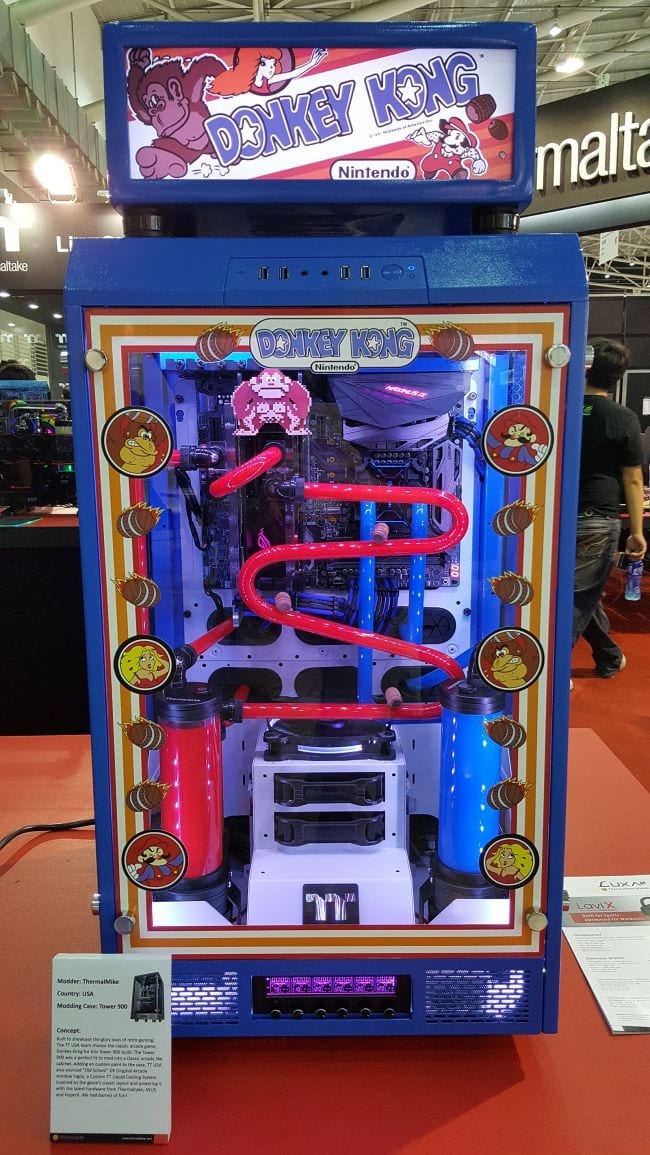 This next PC build will certainly appeal to the child in us all. This PC build was created by Thermaltake Mike and it has been inspired by the classic Donkey Kong arcade game.

Thermaltake Mike used The Tower 900 PC case to prepare this build. He then created water cooling pipes that mimicked the layout of the level design in the original Donkey Kong game.

The entire build is very colorful, especially when you factor in the additional Donkey Kong stickers. This thing looks like it belongs alongside machines in an arcade. 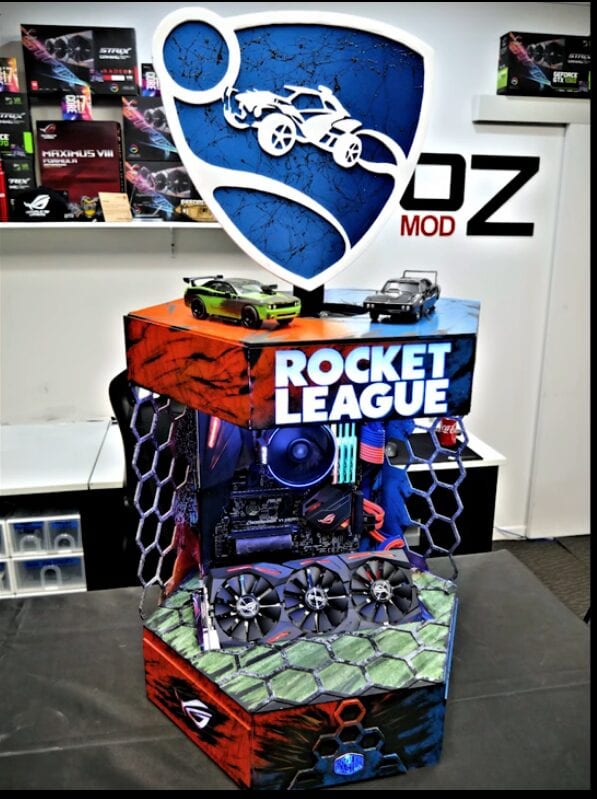 If you’re a Rocket League fan, you’ll absolutely love this next PC build. As you can see from the image above, this build has been heavily inspired by Rocket League. The build is popping with colors and could stand out from a mile away. 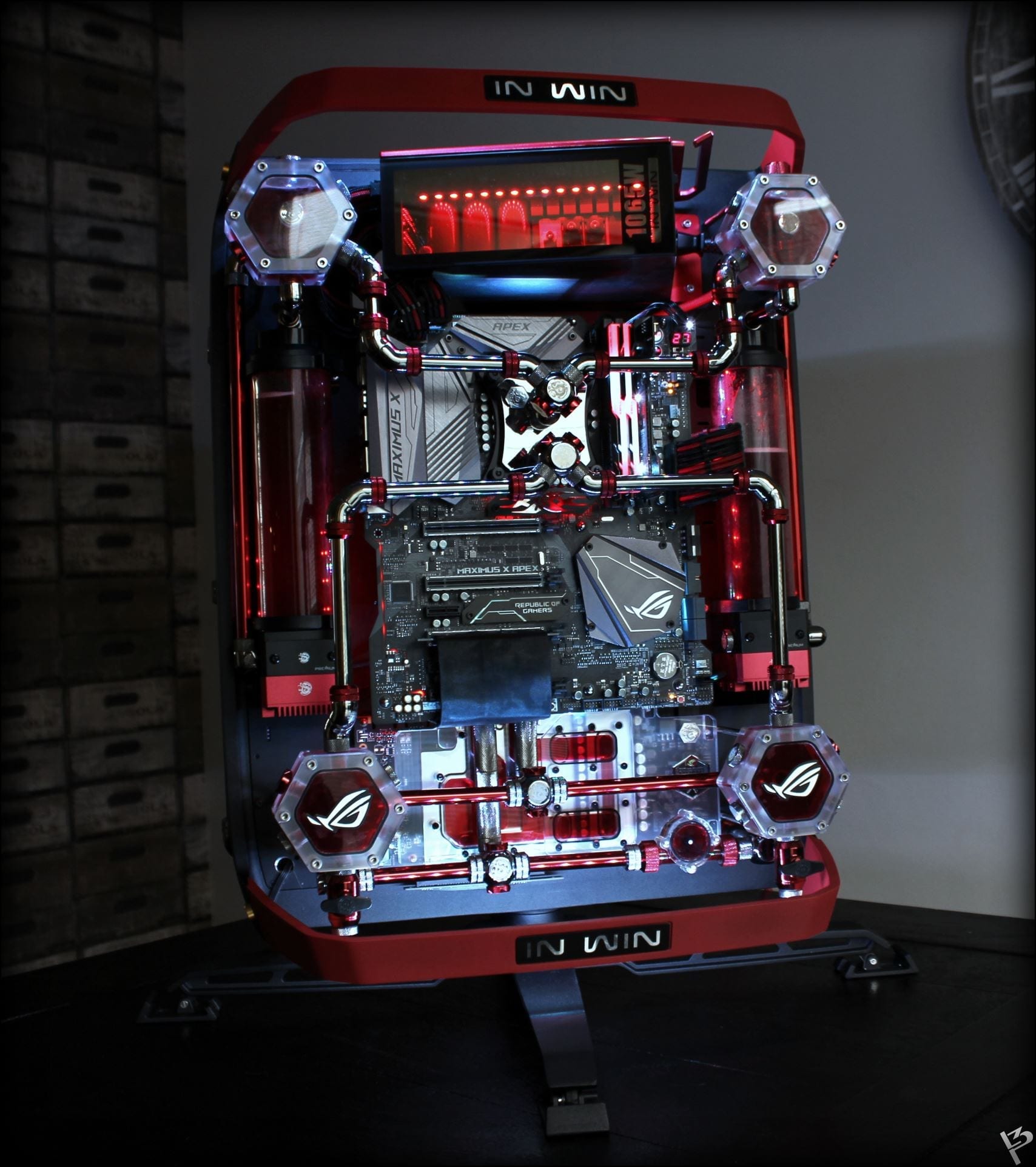 Yep, L3P is back on this list again. He’s an absolute icon when it comes to custom PC builds. This latest design was built late 2017 and its phenomenal.

In some ways, it reminds us of a ticking time bomb – you can tell it’s filled to the brim with power.
There’s so much going on in terms of pipes, lights, and mechanic parts that it really takes a lot of time to take it all in.

At first, it’s almost like a confusing mess – it takes a while before your brain can work out the shape and style of the PC. It’s only then that you see the incredibly refined cuts and curves of this build. 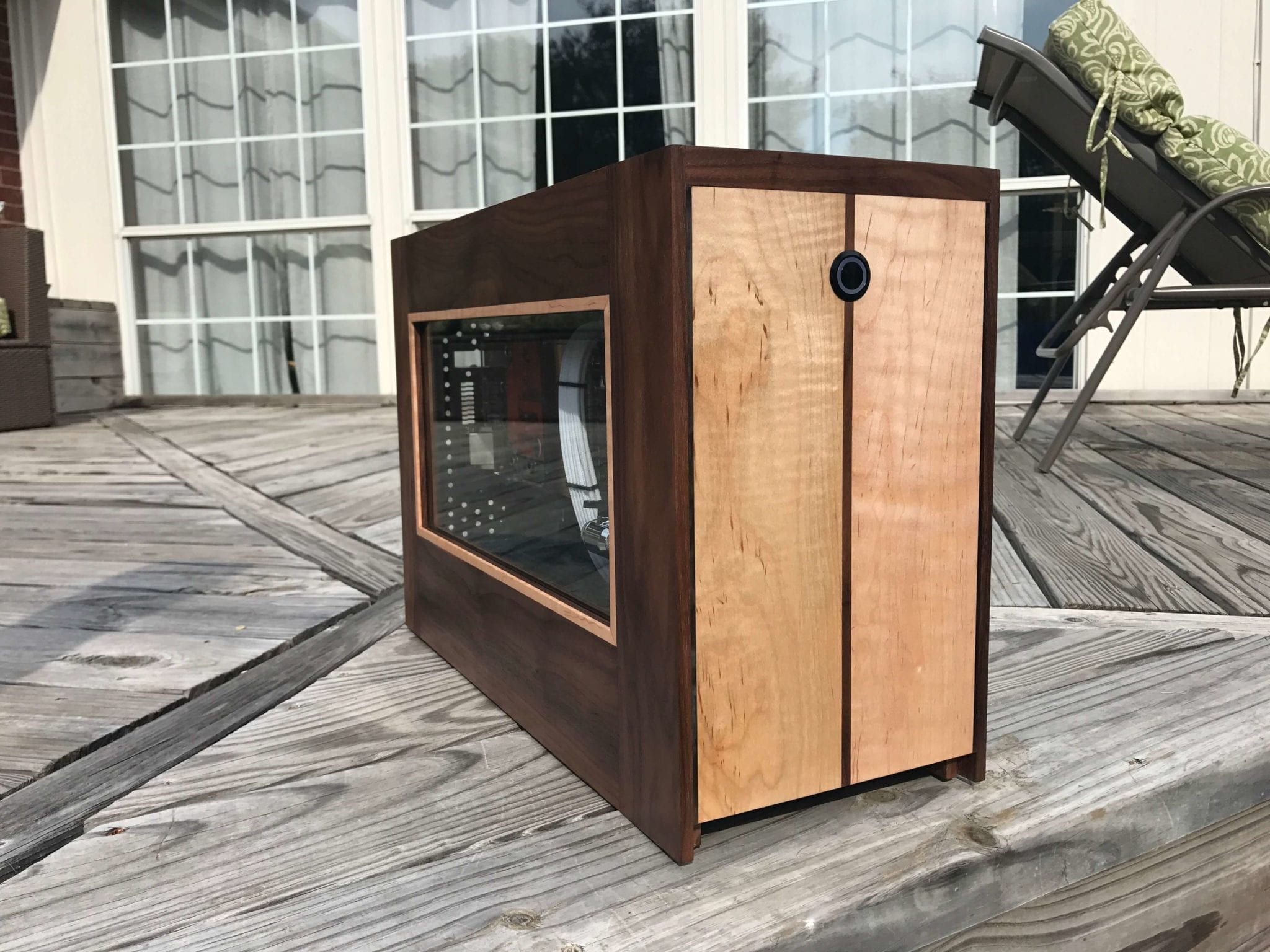 If there’s one case that truly showcases the freedom you have when building PC builds, it’s Brandon McCarthy’s wooden PC.

Brandon has literally put together a case made from wood and then built his PC inside it. As you can see from the image below, there’s a lot more to this build than just sticking some parts into a wooden box. 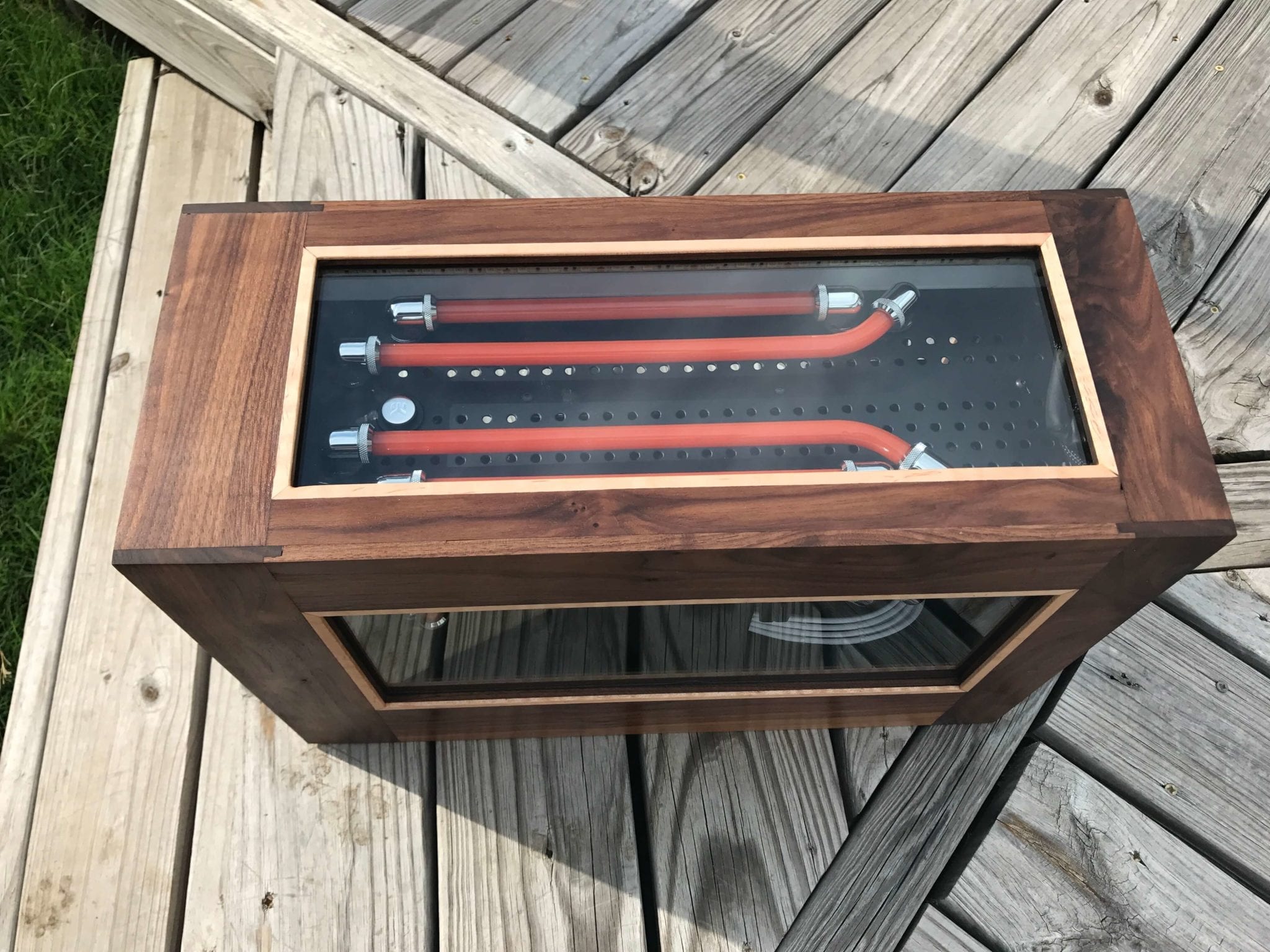 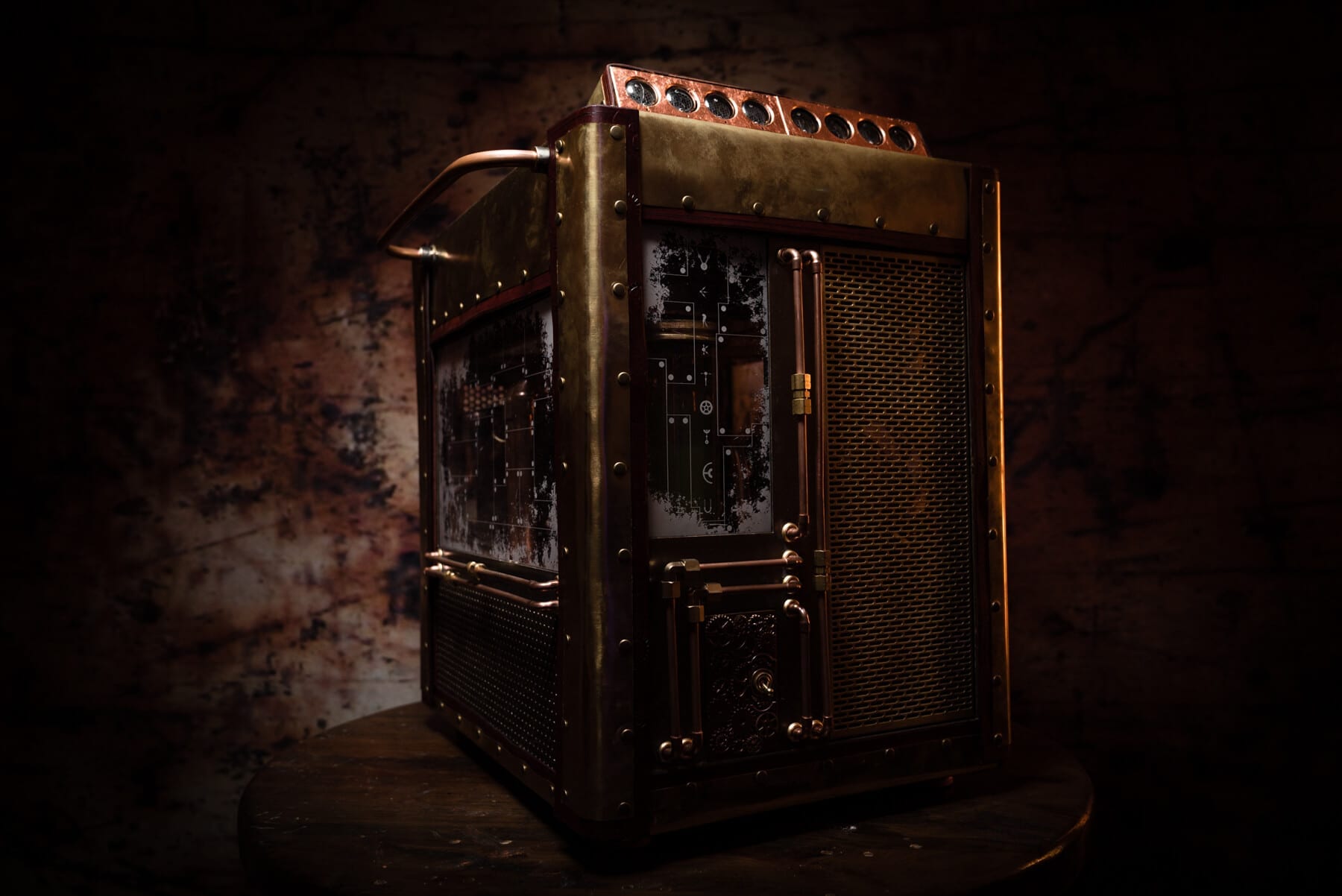 Our next build on this list was created by Derick Magnusen. It’s a steampunk inspired build that set back the creator close to $20,000. It’s an eye-wateringly large amount of money, but this just goes to show how crazy the PC modding community can get at times.

There is a whole lot going on with this build, so we’d recommend giving the video below a watch. It highlights some of the more interesting areas and goes into more detail about how the PC was put together. 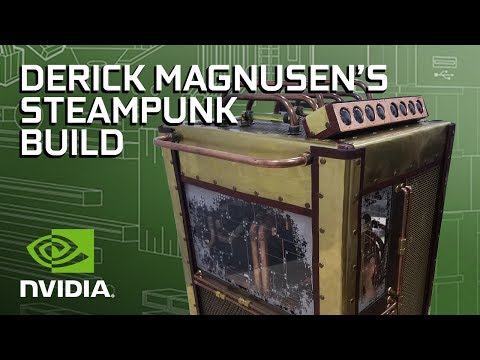 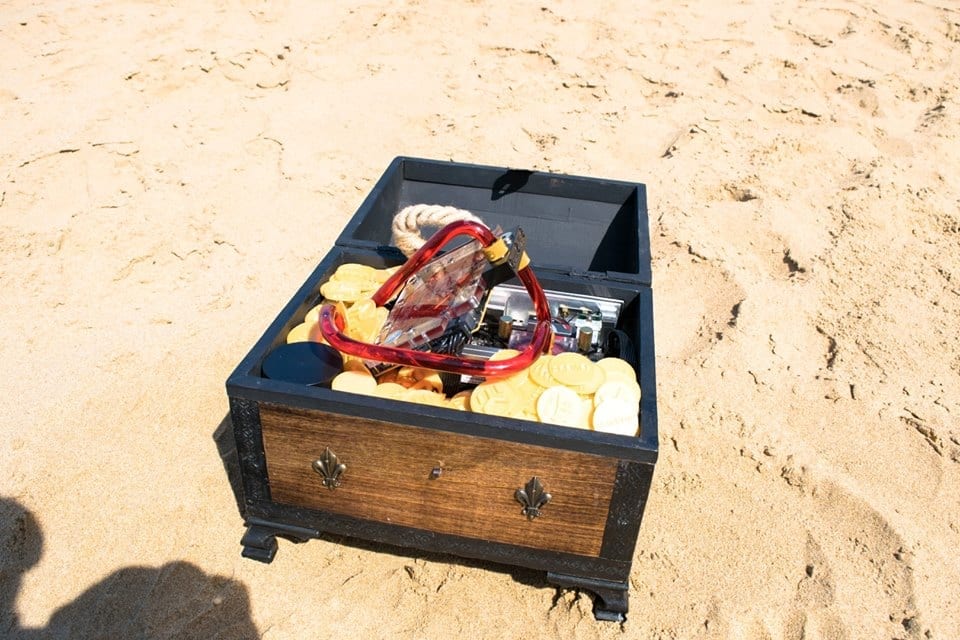 Our final gaming PC in this list is the ITX Treasure build, created by Xtreme Custom Computers. There are a few very neat things about this computer we’d love to point out.

Firstly, the entire gaming PC has been built inside a custom built wooden treasure chest. Everything from the graphics card and power supply, to the motherboard. The display cable connecting the GPU has even been smartly hidden by threading the cable through a rope.

We also really love the way the PC has been placed unevenly in the case. The motherboard and interior components have essentially been mounted to the treasure case in a way that gives off the impression that they’re resting on a big stack of golden coins.

What’s even more surprising about this design is that it’s watercooled. In fact, the GPU watercooling loop is the main thing that stands out when you first open the treasure chest.

You can even close up this chest and have it as a display piece in your home. 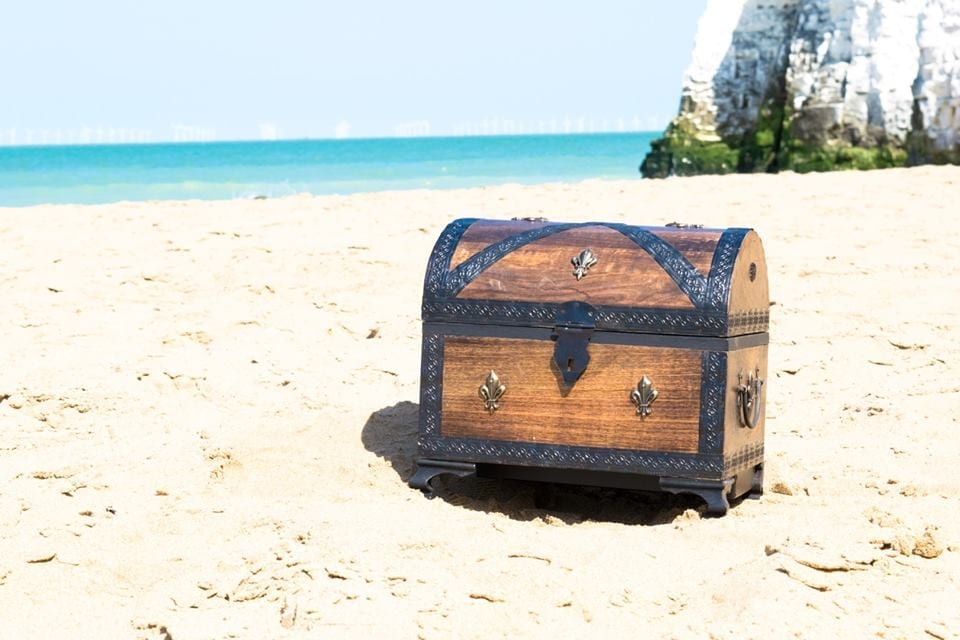 When the case is slowly opened whilst the PC is on, light from the LEDs starts to bleed out. 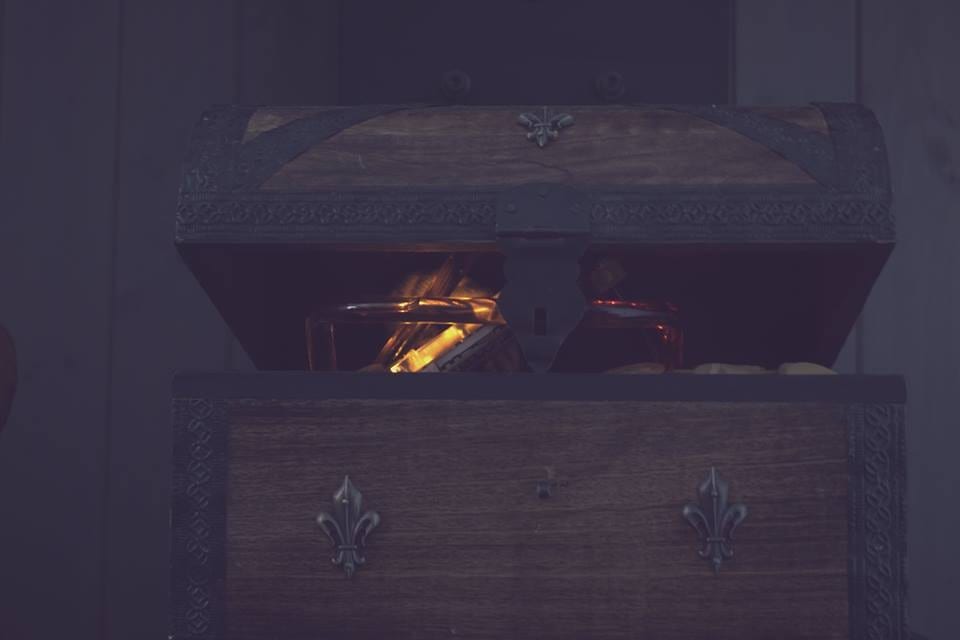 Thanks for taking the time to look at these incredible gaming PC builds. Which out of the eight designs we’ve showcased is your favourite?