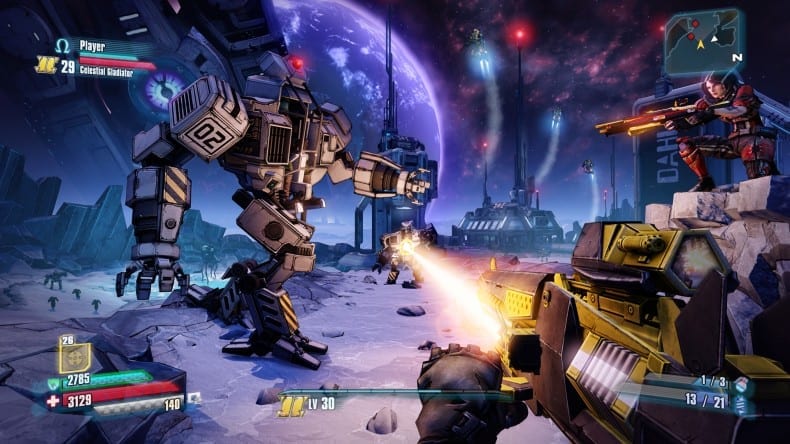 Have you ever played a game that you just can’t put down? I know I have. I wanted to list some of the most addictive PS4 games I’ve personally played. 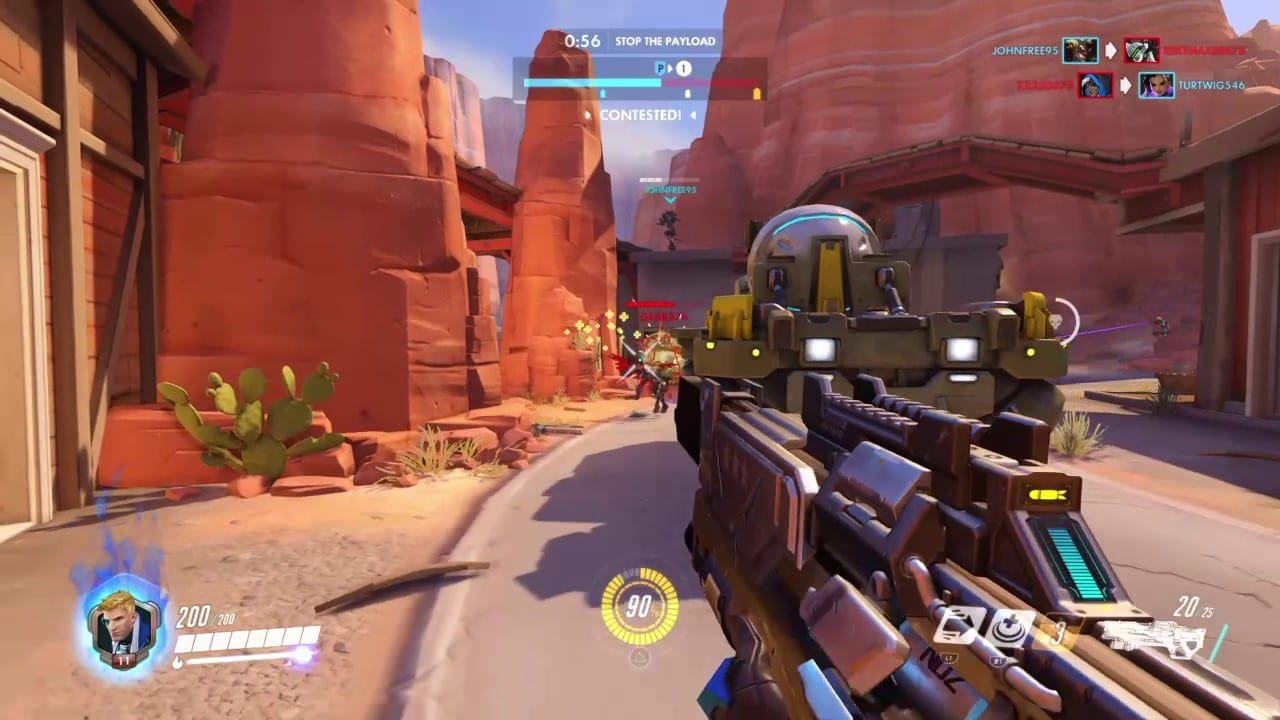 At its very core, Overwatch is a team based shooter with a very competitive side to it. Sometimes, all it takes is a little competition to make something incredibly difficult.

What’s special about Overwatch, however, is that it’s a very easy game to get into. Yes, it takes time to learn about each hero and their abilities, but it doesn’t have the kind of skill ceiling that competitive games like Counter Strike or League of Legends have.

If you’ve played a shooter game before, you can get into Overwatch very easily. Before you know it, you’ll be climbing up the ranks and fighting amongst better and better opponents. 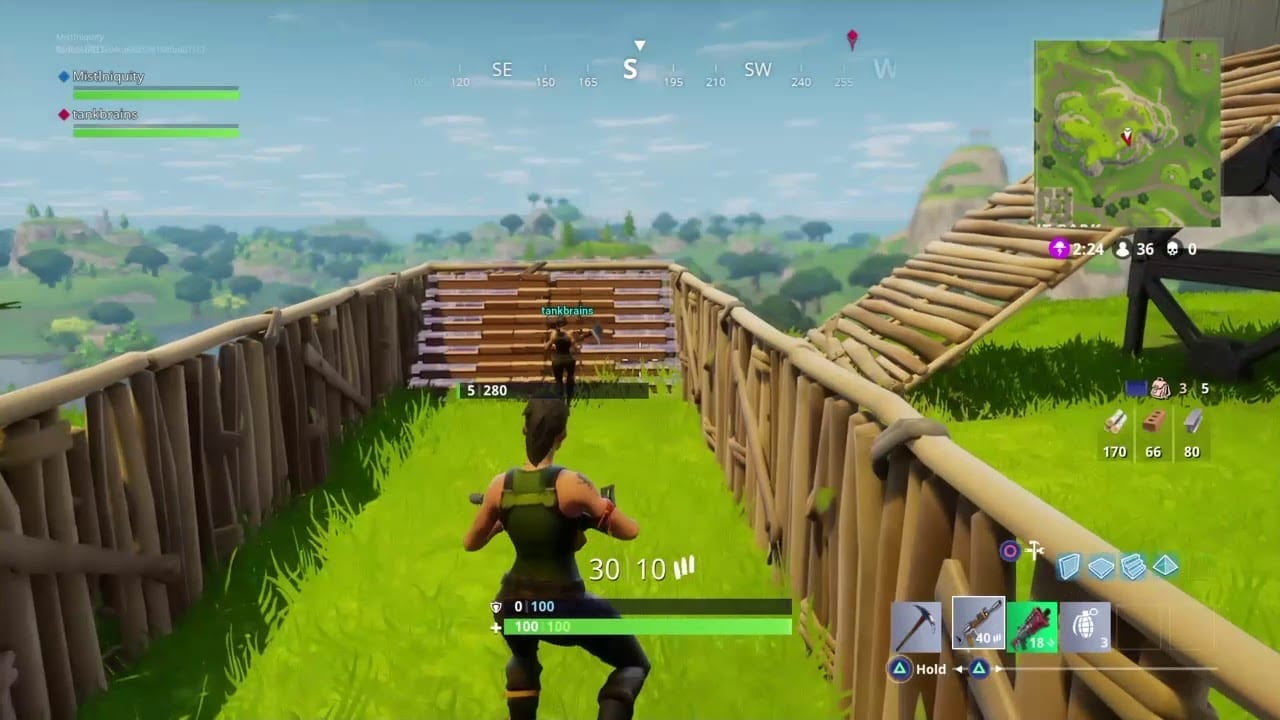 Fortnite isn’t the most popular game in the world right now for no reason. Fortnite shares similarities to Overwatch in that they are both very easy to get to grips with, but they take skill and dedication to become good at.

With Fortnite, there’s the additional element that winning is very, very hard. With 100 players in each match, being that winning player, duo, or squad takes practice, skill, and honestly a little bit of luck.

Getting your first win in Fortnite is exciting, but it doesn’t stop there. The more you play, the more you will want to push yourself to do better, get more kills, and still come out with the win. 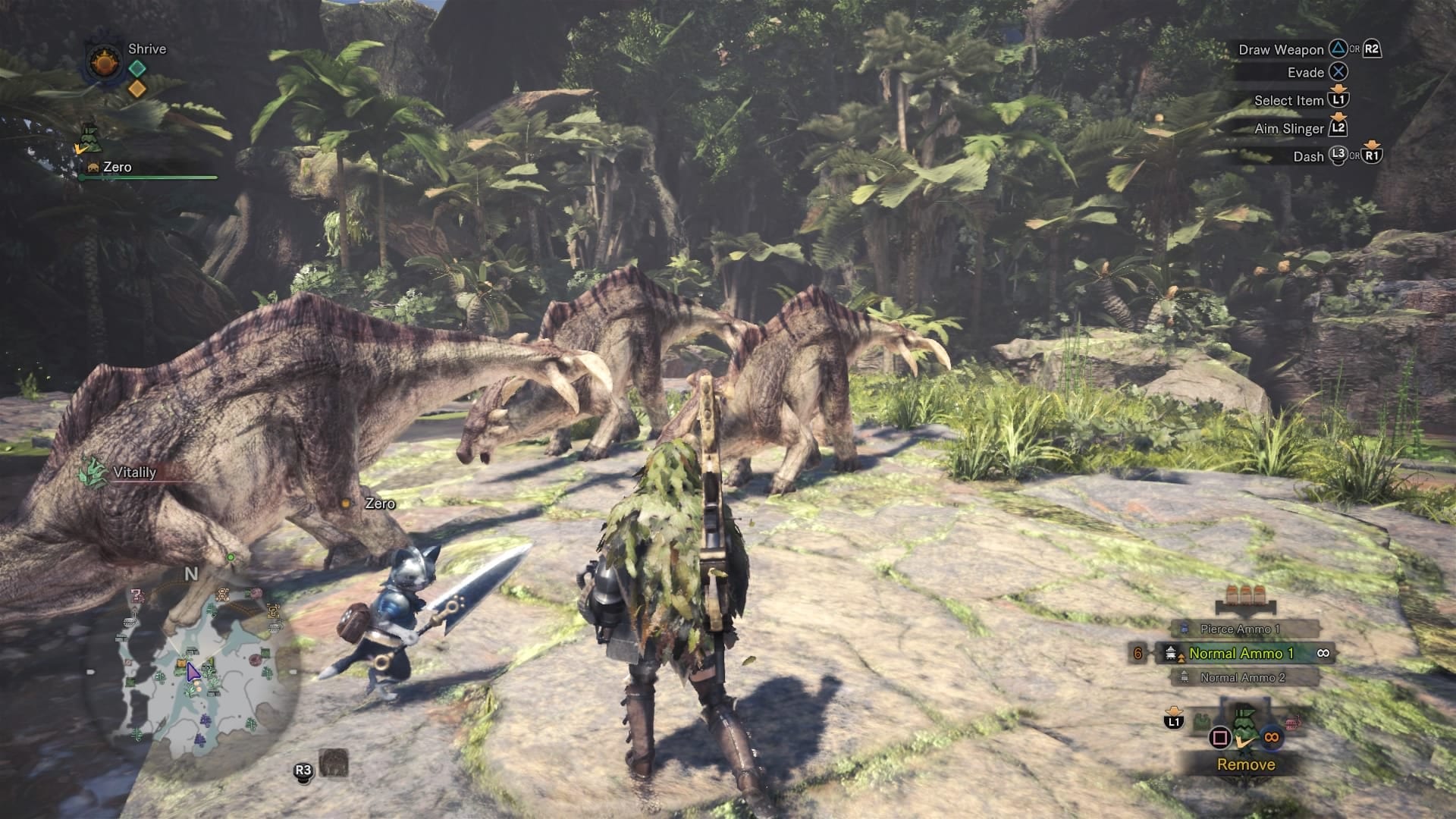 Monster Hunter: World is the kind of game you can get lost in for days just because of the fact that it’s so packed with content.

The actual gameplay mechanics and overall core gameplay loop will be fed to you within the first day or two of playing, but you’ll still somehow come into contact with new monsters, new quests and new moments of gameplay far after your first few days of gameplay.

If you enjoy immersive RPG games that you can invest your time into, chances are you’ll find Monster Hunter: World very addictive. 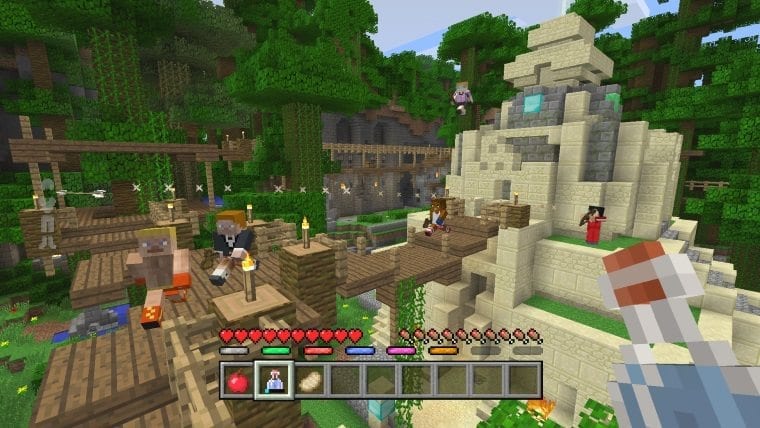 Minecraft might be showing its age now, but if you haven’t played it in a few years, I’d suggest giving it another go. Minecraft has quickly become a fully fledged universe with bosses to fight, worlds to explore, and items to craft.

Minecraft is no longer about building TNT houses and fighting with your friends for a few scraps of diamond ore. You’ll now find more places to explore and more gameplay elements to challenge you and your friends.

There’s still no specific gameplay objective in Minecraft, but exploring Minecraft in 2018 will bring challenges and plenty of new features you’ve not yet seen. 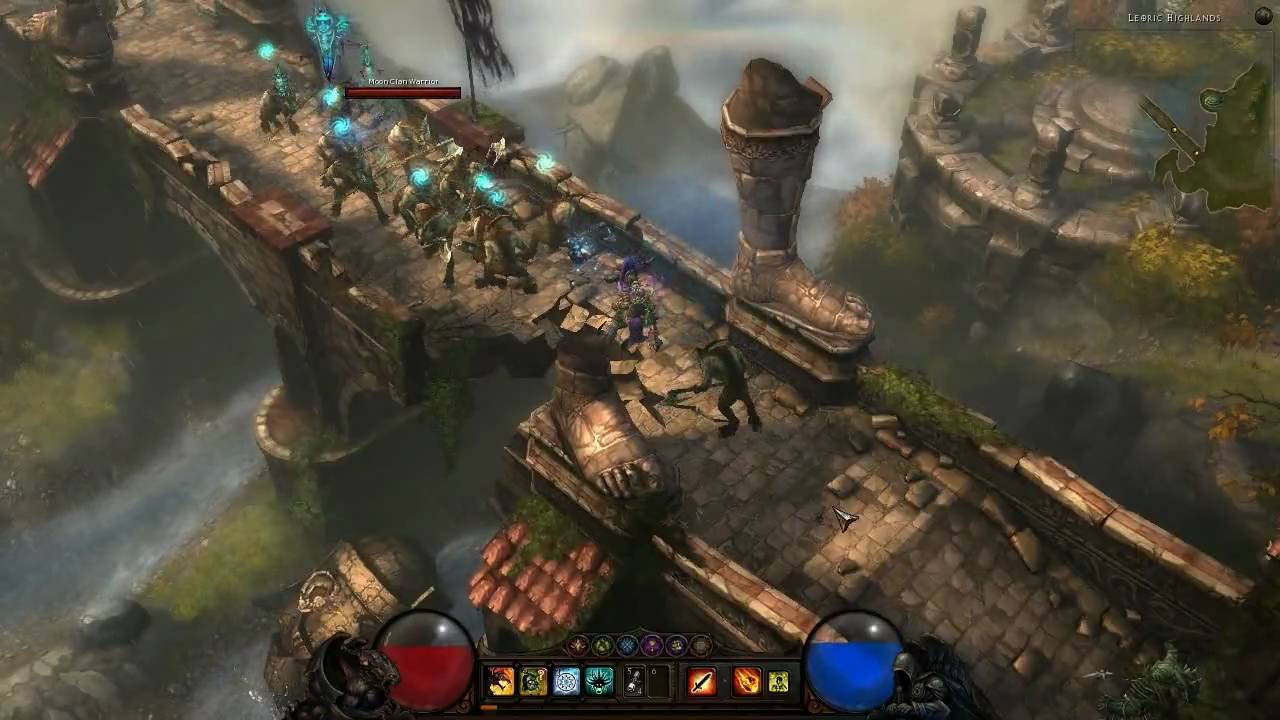 Diablo 3 is the perfect action RPG game. There is a story and lore to learn about, but mostly you’ll be spending your time mowing through enemies for a chance to get better items to make your character even stronger.

It’s this constant chase for better loot that makes Diablo 3 so addictive. In fact, you can replay the game multiple times and still not be satisfied. Most players who get seriously into Diablo 3 do exactly that. 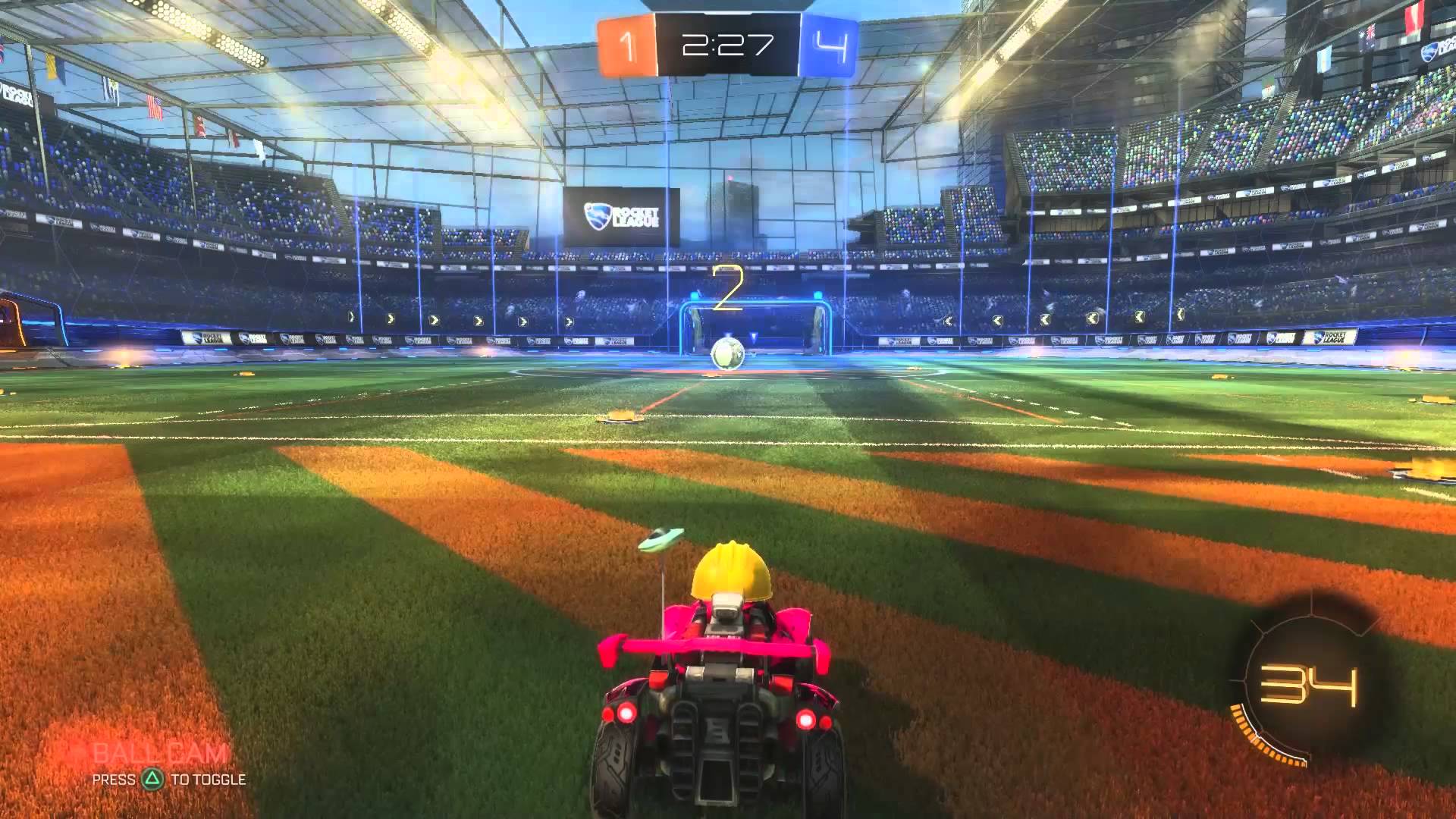 Rocket League still stands out as one of the more unique titles currently available on the PlayStation 4. There’s nothing else like it out there. If you’re bored of the typical video game genres, I’d suggest giving Rocket League a try.

The basic concept sounds very basic – it’s a team football (or soccer) game, but everybody controls a car. When you first pick up Rocket League, you’d be easily fooled that Rocket League is a fun arcade game that’ll get repetitive after your first few hours, but it couldn’t be further from the case.

There’s an art to playing Rocket League and it takes a lot of time to get good at the game. In fact, Rocket League even has its own competitive esports scene. 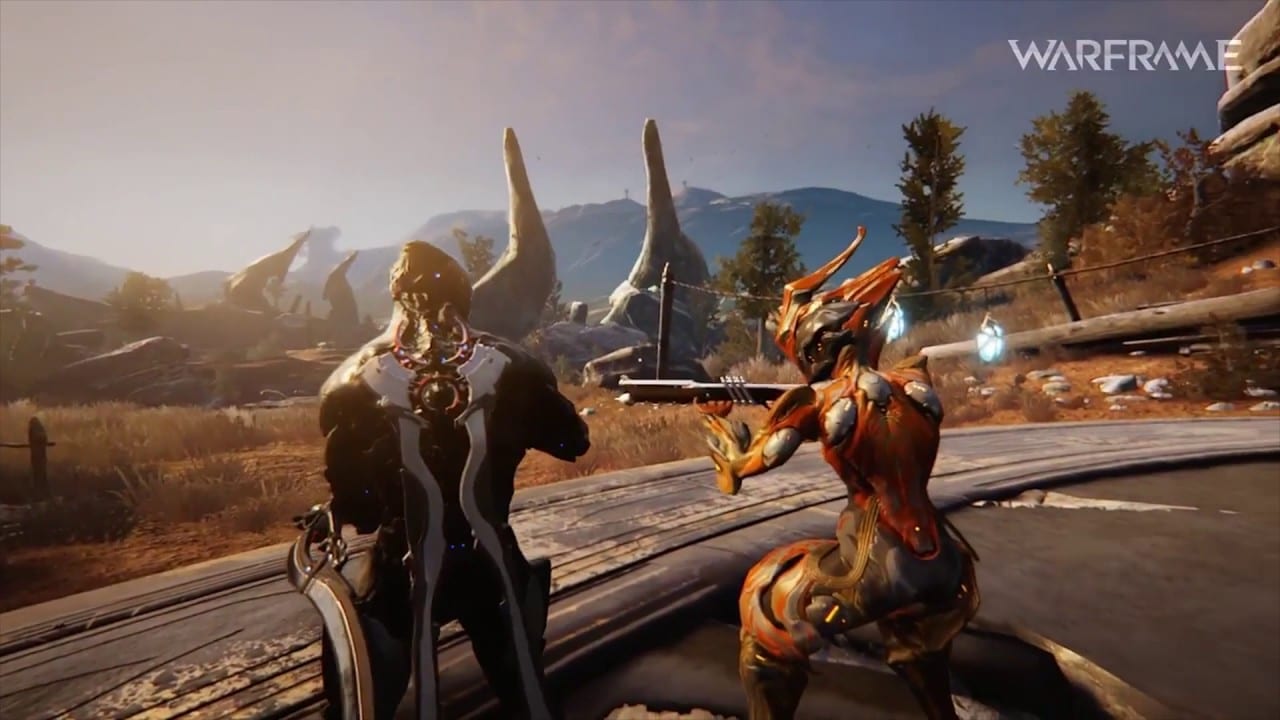 Warframe, in my opinion, is the best open world multiplayer loot and shooter right now. I do believe that Destiny 2 feels smoother at the edges, but Warframe is the kind of game you can get lost in.

In Warframe, you can choose a ‘warframe’ – each Warframe has unique abilities and stats – leveling up a Warframe can take dozens of hours.

Before you can even get a Warframe, you must collect the right materials to build it – you’ll need to explore different locations and repeat missions to gather up the materials you need. The process can be quite grindy at times but it’s so very easy to fall in and get addictive to the game.

I should mention that Warframe is free to play – you can choose to grind it out to unlock new items or pay for them. Personally, the whole game revolves around the grinding so buying items is pretty pointless. 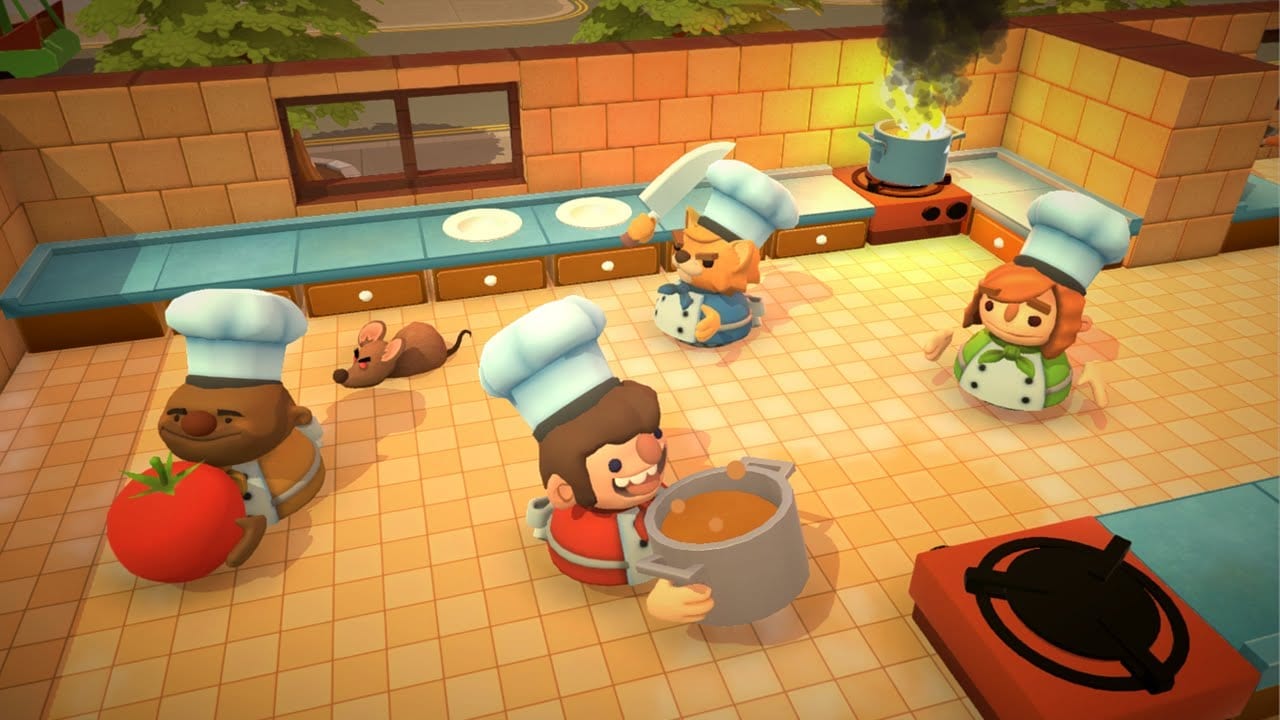 Overcooked is a fun arcade game for multiple people that can quickly get addictive. You’ve probably seen the gameplay premise for Overcooked elsewhere, but it’s been some time since I’ve seen such a good rendition of this kind of game.

In Overcooked, you must work with your friends to quickly prepare and serve dishes as customers come in and out of your restaurant. Trying to get around to the different areas in the kitchen proves to be very difficult, especially when your friends are running back and forth as well.

Overcooked can be a very chaotic, frantic mess, but it’s always very fun.

I mentioned before that Warframe is the king of multiplayer loot and shooter games, but I have to give credit to Borderlands. Borderlands is ultimately less grindy and has more of a focus on the story.

With Borderlands, you can mindlessly shoot your way through enemies as you progress through the story and slowly get better and better weapons. You’re constantly fed this constant string of new weapons and new enemies to fight.

Ultimately, Borderlands games are just a lot of fun, without any of the seriousness that many games have attached to them these days. 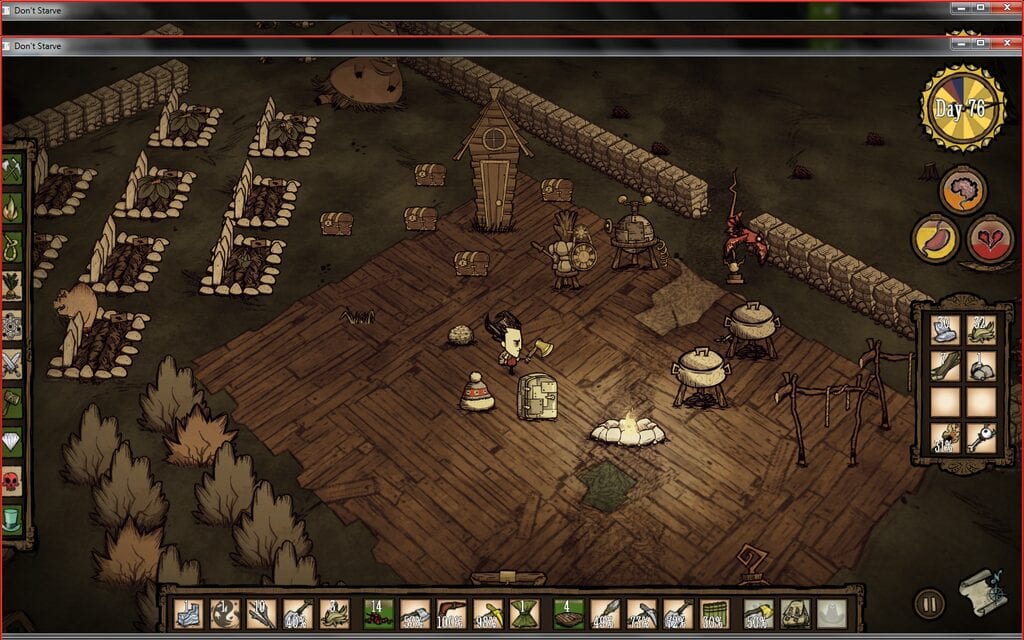 Don’t Starve Together is a co-operative survival game that lets you and a friend (or a stranger online) explore a twisted, mysterious world. You must work together to find resources, craft items, and build structures to hide in. As you play, you’ll fight against strange creatures and come across a variety of different gameplay mechanics.

Don’t Starve Together provides the same kind of wonder and awe that Minecraft does, but there’s far more direction – it feels like there’s more of an objective and global goal to work towards.

Thanks for reading this post! Have you played any of these 10 PS4 games? If you have, which of these games do you find to be the most addictive?