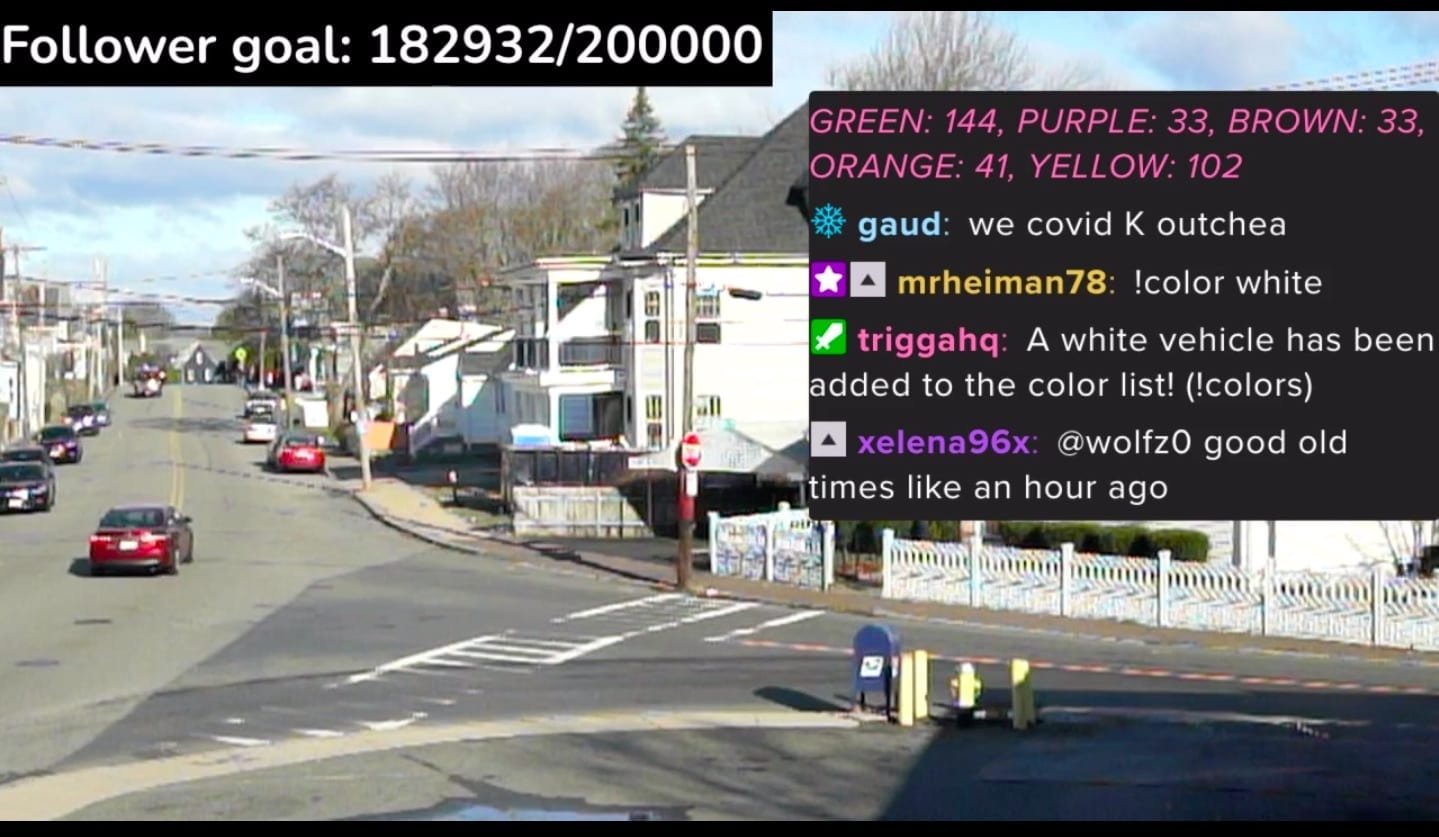 The novelty Twitch channel Stopsigncam, which broadcasts a stop sign, has ceased streaming after gaining a following of over 180,000 followers.

The channel is dedicated to an intersection in Salem, Massachusetts, which features a stop sign that haphazard drivers regularly ignore. Stopcamsign became famous thanks to Tiktok, with hundreds of viewers tuning in to see the stop sign being neglected. However, on Wednesday last week, the channel went offline, right at the peak of its popularity [via Kotaku].

Before ending the stream, the channel’s owner stated, “Well chat; it’s been real,” before clicking on the end stream button. While the channel owner didn’t provide an exact reason for the continuous broadcast’s end, it has been speculated that it was due to it bothering nearby neighbours.

In a DM to Kotaku, Stopsigncam’s creator described the situation with her neighbours while expressing her concern for them:

“I had a neighbor get a couple pizza deliveries in a row, and she called about it. She said that she loved the chat and found it funny, but was worried she would get more. I told her that neighbors are more important than a stream and stopped streaming.”

While sending pizzas could be considered light-hearted, the creator is likely concerned that things could escalate. For obvious reasons, streamers usually keep address details private. However, the intersection makes locating Stopsigncam’s whereabouts easy to pin down, meaning that its owner and surrounding neighbours could be exposed to malicious online practices, like doxing and swatting.

Fan of the channel? Don’t panic! Rather than quitting altogether, Stopsigncam is now taking to the road in an attempt to feature different stop signs from the area:

“We plan to go on the road, to the worst stop signs in the area, and commence the stream. We shall see how it goes.”

Many Twitch fans are likely delighted that Stopsigncam is broadcasting again. The channel has now upped the ante, with the owner stating on Discord that “Instead of a 3-way it will be… A 4 WAY”.

Hopefully, the channel has a long and happy life ahead of it, highlighting the moronic nature of drivers in Salem, Massachusetts.

Have you been watching the Twitch stop sign sensation? Let us know across our social media channels!