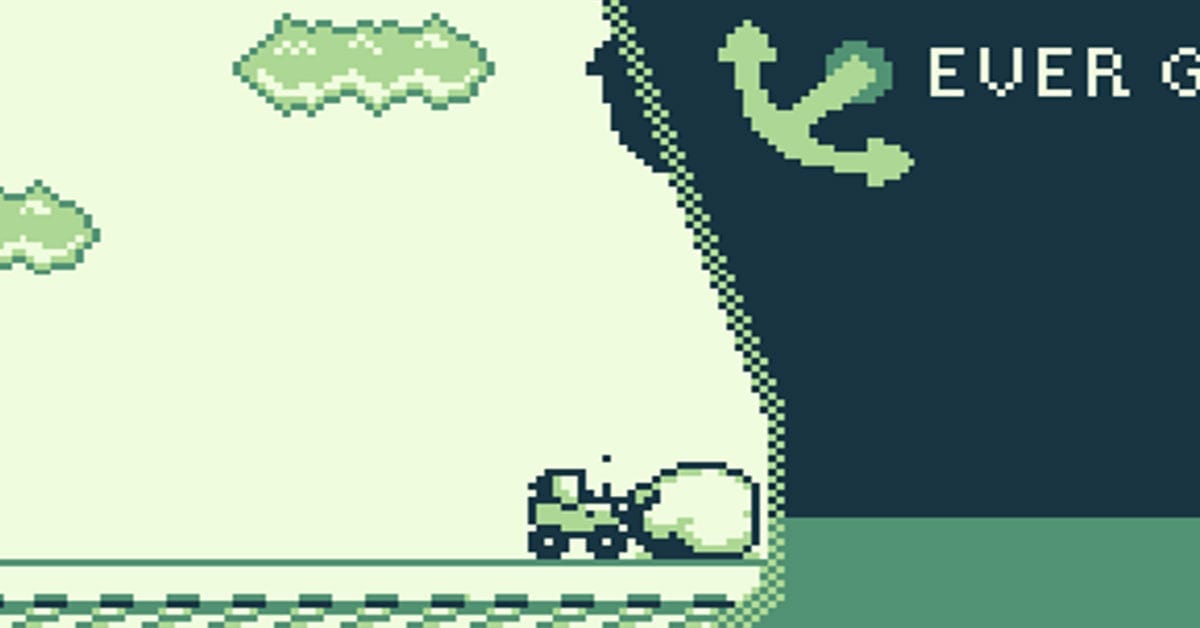 The Suez Canal situation is literally big news, so you’re likely already aware of the 1,300-foot freight liner’s unfortunate circumstances. The boat has had something of an Austin Powers moment, as it’s wedged horizontally across the canal, which has inadvertently blocked the route. Well, now, thanks to an itch.io developer, you can experience the incident first hand in the form of a video game [via Kotaku].

Suez Canal Bulldozer is a game where you play as a bulldozer trying to free the Ever Given barge from its ridiculous situation. Here’s a short synopsis of the game from the developer’s itch.io page:

“Someone wedged a barge in the Suez Canal, halting a massive amount of world trade. You drive a bulldozer. See if you can make it budge.”

Sounds almost poetic, right? Developed by Eric Wilder, the game features a Game Boy aesthetic and a simplistic control scheme. By using the directional keys, players can move the bulldozer towards the barge while pressing the “J” key to perform an action. The whole affair is accompanied by a jaunty chiptune, which matches the game’s 8-bit design perfectly.

If you’re a completionist, then you’ll be horrified to know that this tongue-in-cheek web game has no end. Try as you might, but attempting to shift the barge results in nothing more than helpless nudging.

During an email conversation with Kotaku, Wilder said, “I just thought the futility of the meme was hilarious. Had to spin that into a game.”

The Ever Given’s situation is causing a lot of turmoil in terms of trade, with the whole thing providing to be a logistical nightmare. The incident is apparently costing the global supply chain billions per day, which is something it could probably do without given our current pandemic predicament. There’s even speculation that suggests that the hold up will affect PS5 production due to a hold up on semi-conductors.

Suez Canal Bulldozer sums up the past year and a quarter quite well. I mean, perhaps we should just turn everything into a meme.

Have you played the Suez Canal boat game yet? Let us know across our social media channels!

Play TikDog, The Comeback Story Of An Influencer Dog

Baldo: The Guardian Owls Is A Studio Ghibli-Infused Zelda Hybrid

Marvel’s Guardians Of The Galaxy Trophy List Revealed, Here They Are

YouTube Takes Down, Then Reinstates Iconic Meme After 15 Years