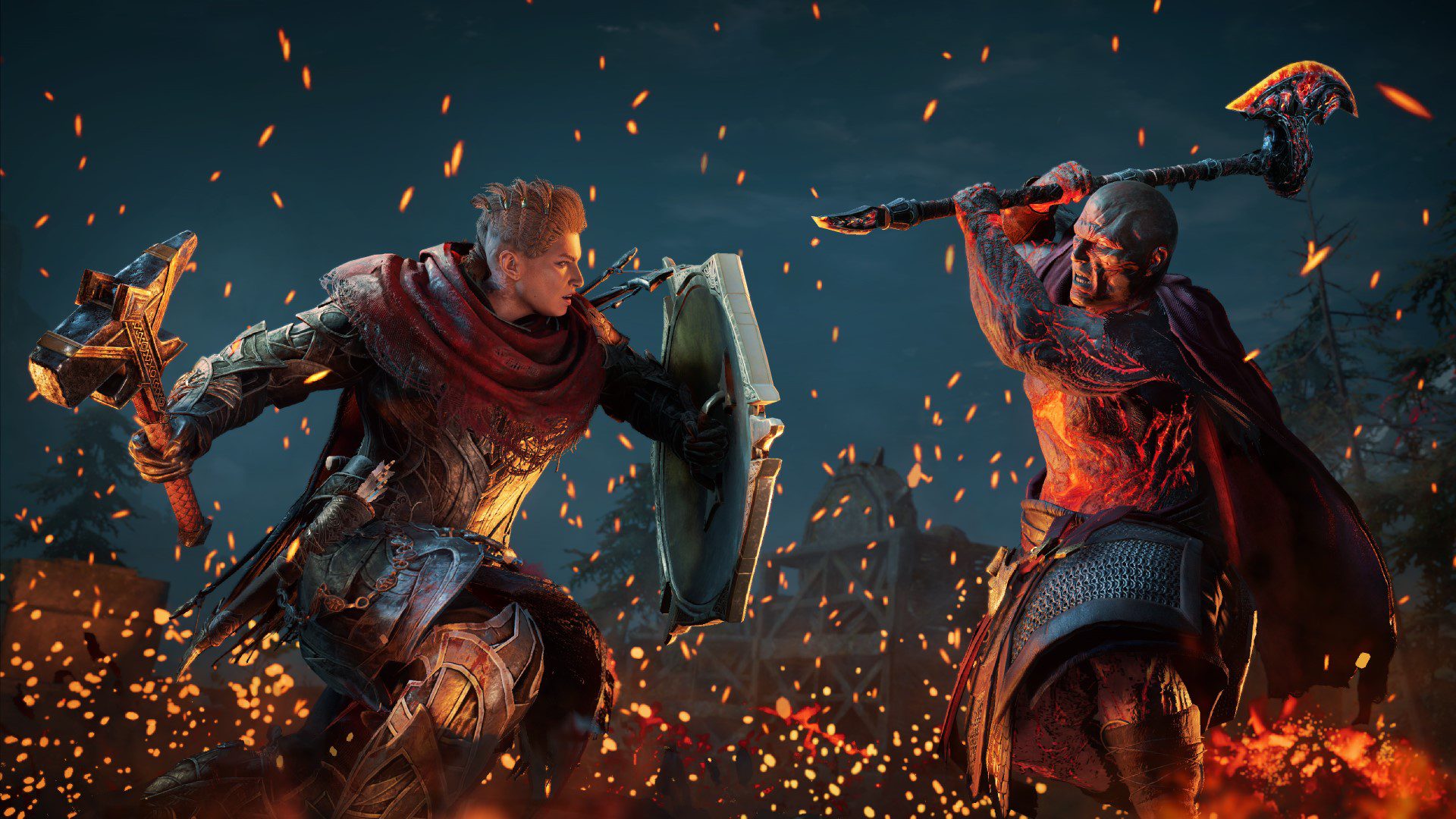 Assassin’s Creed Valhalla’s third DLC, Dawn of Ragnarok, is the biggest that Ubisoft has ever endeavoured to create. It’s out now, to some somewhat mixed reviews. Some people love the fact it’s focused on the game’s more fantastical elements, other critics think it feels a little bit clunky.

Now, with the reviews coming out, you might be wondering if you should bother playing through yet another huge world. If that’s you, here are five reasons it’s worth picking up this mega DLC.

You don’t need to have played Valhalla

Dawn of Ragnarok is an original Norse story, which sees you playing as Odin (who is also Eivor, that’s another video in and of itself). You’re on a quest to search for his captured son, Baldr, who was kidnapped by the leader of the fire demons, Surtur. It’s a nice, neat story that plays well and, once you get past the snails-pace of the intro, delves into some nice themes.

I spoke with Georgi Popov, the game director on Dawn of Ragnarok and he explained what players can expect to get up to in Odin’s latest adventure and why you should consider returning. You can read the full interview here, but I’ll pick out some relevant parts in this article.

The recent Assassin’s Creed games have seen a transition to more RPG-like combat mechanics. In Dawn of Ragnarok, Ubisoft is taking the series back towards its roots. If you enjoyed Assassin’s Creed Valhalla, then you already know what you’re in for. You can decide whether that’s a good thing or not. More sneaking, more stabbing, more brutal weapons and takedowns.

“In terms of gameplay, we really wanted to embrace all the different types of players that love Assassin’s Creed”

“There is a huge variety of such players – some prefer combat, some prefer stealth, some prefer exploration and discovering session secrets. We wanted to give them a new gameplay that is relevant for all.”

The excellent combat with mild hints of stealth returns, all wrapped up in a captivating level system. There’s new weapons and armour to find, all for you to build your Eivor up to the best they can be. That’s a really interesting point actually – in Ragnarok, you can absorb magical powers from slain enemies to solve puzzles and access new areas.If you felt that the end game of AC Valhalla was lacking, this should scratch that itch. Popov said:

““We all really bring a new dimension to the gameplay with the addition of the powers granted, Ragnarok really changes the pace of the gameplay and the way that you experience the game. It’s going to fundamentally be altered and given new possibilities to express yourself.”

Having played it, I certainly agree.

Svartalfheim, home of the dwarves, is one of the prettiest locations in Assassin’s Creed, ever. I said it. This massive fantasy-themed adventure is packed with magic at every turn, and it looks gorgeous to boot.

This flashy new bit of equipment gives you more supernatural abilities to discover and upgrade. Ever wanted to fly around the world as a raven? Of course, who hasn’t? This power lets you explore hard-to-reach areas without needing to climb, which comes in super handy. Another one lets you walk on lava without taking damage as a demon warrior and lets you blend in with enemy crowds.

While you can turn on menus and UI if you like, there’s a lot of environmental storytelling utilised in Dawn of Ragnarok. Turn off some of the more obnoxious UI elements and, similar to Elden Ring, you’ll be able to piece together parts of the story that aren’t so obvious on your first playthrough.

Popov said: “…for our fans that play the game mostly for the story. I think we have something really cool to say to them. For those that are really into the story we’ll have sprinkled these connections around the world, it’s something that they are going to discover and start wondering ‘ok, so this is this character – who is she in the story?’”.

So, is Assassin’s Creed Valhalla: Dawn of Ragnarok worth your time?

While Dawn of Ragnarok is intended as endgame content for Valhalla, it’s still approachable for newcomers and story lovers alike. Popov explains that the difficulty settings can be adjusted accordingly. There’s even an option to start from a levelled up save so you don’t have to grind your way through the base game first.

This new expansion is a beautiful world that is unmistakably a fantastical experience. It’s marred by the fact it’s recognisably still Assassin’s Creed Valhalla. Is that a good thing or not? It is an expansion to the game, so it’s understandable to a certain degree for sure. Should expansions… Expand on the original’s gameplay? It’s a matter of personal taste for sure. Let me know what you think across our social channels!