Let’s be honest, Japan has a less-than-pleasant reputation in the West. Because of cultural differences and, well, the Internet, rumours, stories and impressions grow out of proportion and turn into something that makes Japan seem like a place straight from some game.

Every now and again though, (especially but not only) the games that are made over there cross from a little odd straight to exceptionally weird, and we thought you should probably have a look at these – if only to feel better about the weird stuff in your browser history. 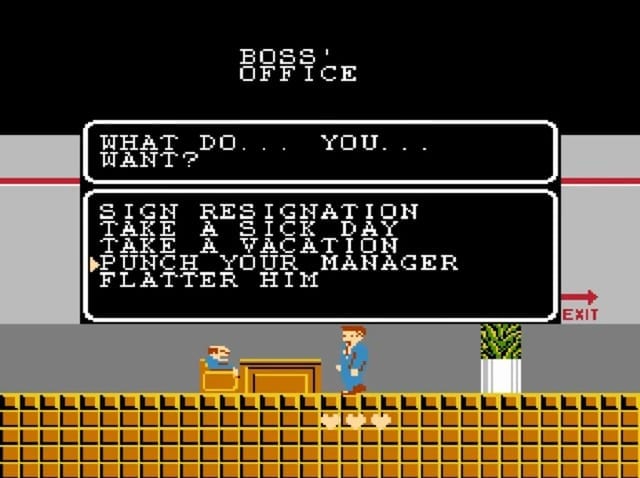 What do you get when you mix a lot of alcohol, a video-game-hating comedian and the year 1986? We don’t know either, but it resulted in this game. Actor and comedian Takeshi Kitano was asked to come up with the concept for a video game, and boy did he deliver.

Unfortunately, nobody knows how to actually play. Published on the Famicom, the game is…weird. You start as your everyday corporate drone and…well, you can run around punching everything you see including old ladies and gangsters, but not unlike real life, that won’t get you anywhere.

To make progress, you have to quit your job, divorce your wife and drain your savings. Then you can progress to go karaoke singing (the Famicom controller had a built in microphone), hang gliding, and more until you eventually escape to a fictional island to finish the games. Maybe, because nobody is sure that’s really the goal. 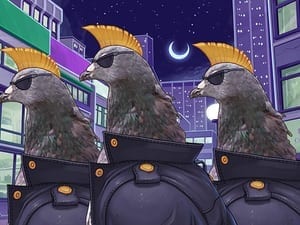 If you’ve been on the Internet in the past couple years, you know about this game already. It’s a dating simulator in which you try to get your freak on with some hyper-intelligent pigeons. You are a human girl living in a cave because of course you are, and go to school with the birds because of course you do.

In addition to several distinctive and comparatively normal love interests, you might also fall into the clutches of a serial killing murderer that keeps your head in a jar because he loves you so much. In the background of all that bird-loving there’s a civil war-like conflict going on involving spies, experiments and a pigeon uprising. Playing this game is an experience. 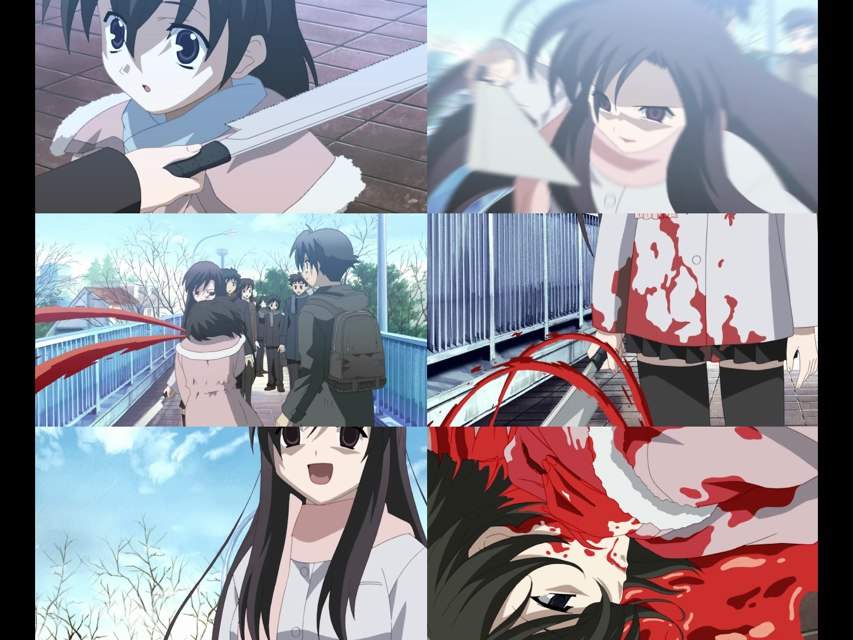 This exceptionally violent interactive novel is less of a game than a visual novel but we included it anyway – players are presented with the occasional choice that influences the story and ending. Speaking of endings, there will be many and they will be bloody and brutal.

From beheadings to bullet train suicides to severed heads in bags, this game is the kind of thing that could never be released in the West because censorship would delete everything past the title screen. There’s also a ton of high-school-sex stuff, but we won’t go into more detail than that the head of a high school girl is involved – without her body around. Oh, the whole thing is set up like a dating game too – it just happens that everyone involved is a homicidal maniac. If you walk home with the wrong girl that is.

Avoid this one at all costs. 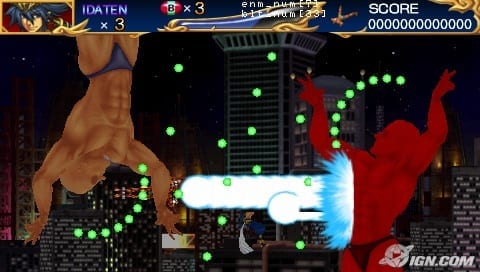 What could be so perverted about that game you ask? Well, you have to collect semen to defeat the evil Balzac. Yes, they actually named their villain Ballsack, we mean Balzac. They call semen ‘man protein’ by the way, which is probably the creepiest name for it we’ve heard so far. If you’re wondering, the devs are self-aware and their marketing material includes sentences like ‘Cho Aniki Zero will be oiled up and ready to thrust its way onto your PSP’.

Yes that’s right, the game was re-released for the PSP. You’re welcome world. 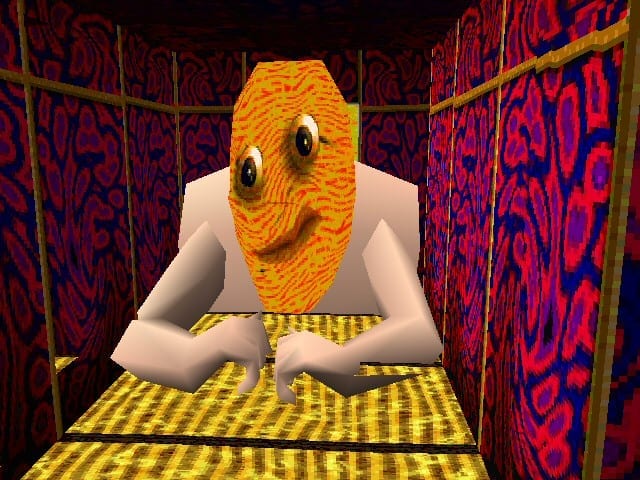 This Playstation One game was supposed to simulate a deep REM sleep cycle. It…didn’t. The game is based on the dream journal one of the developers kept for 10 years – no word if the whole thing coincides with a streak of serial murders, but if it did, we wouldn’t be surprised.

If you want to know how to play the game, it is a walking simulator. You walk, look, and probably soon wish you’d just taken actual LSD instead. Don’t by the way. Drugs are bad for you – so is this game and it’s…disturbing content. There’s plenty of recordings on YouTube if you’re trying to give yourself nightmares. 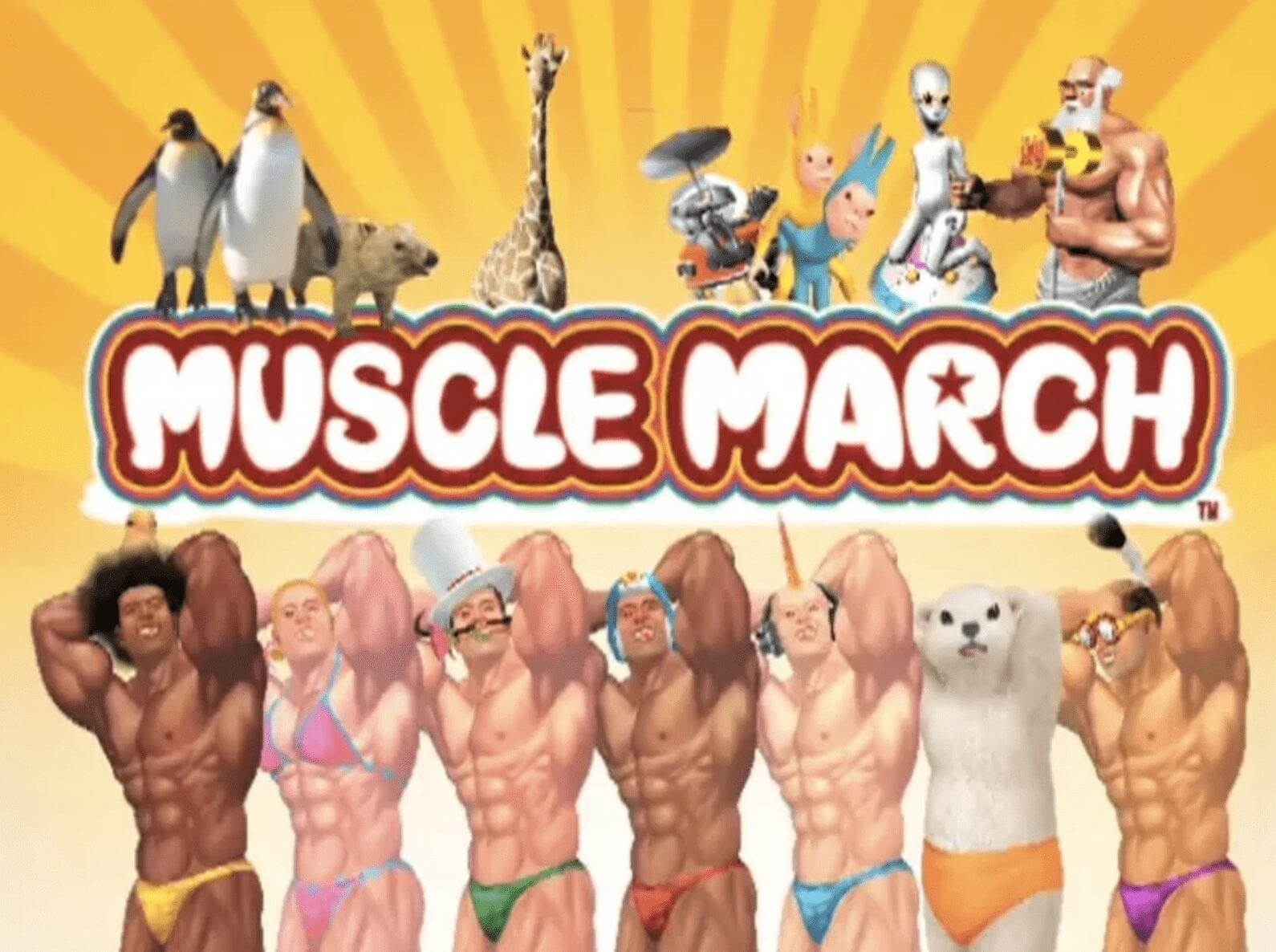 Japanese men aren’t exactly world renowned for their strong or muscular build – there’s nothing wrong with that of course, but there is something extremely wrong about this game. You are a body builder of epic steroid-induced proportions, and your mission is to get back a van of stolen protein powder.

Yes, that’s right. That’s the best they could come up with. While you are a sexy, sexy hunk of muscle in a colourful G-string, you will find yourself following an oiled up conga line of other, equally impressive muscle men – holding certain…poses while you walk.

If you get tired of that, you can also play as a polar bear, because why not? This game came out in 2009 for the Wii if you’re wanting to get your muscle on. That’s right, it’s a bad pun but it’s better than the game.

7. The Adventures of Tom Sawyer 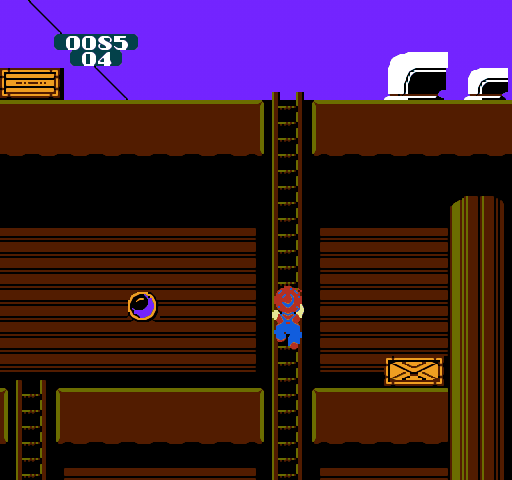 Released in 1989 when things like ‘extreme racism’ were still funny and not at all condemned by society, this game was made. Released for the NES it features a jaw-droppingly racist caricature of a black man – complete with huge lips, a black faced sprite and did we mention he’s a slave? Graphics weren’t all that back then, but this dude’s (light-brown) lips take up half of his head – this game should have received some kind of award for setting humanity back by half a century or so, because that’s what playing this game feels like.

It’s especially gruelling that this was a Square Enix release – the game giant should really have known better, even back then.