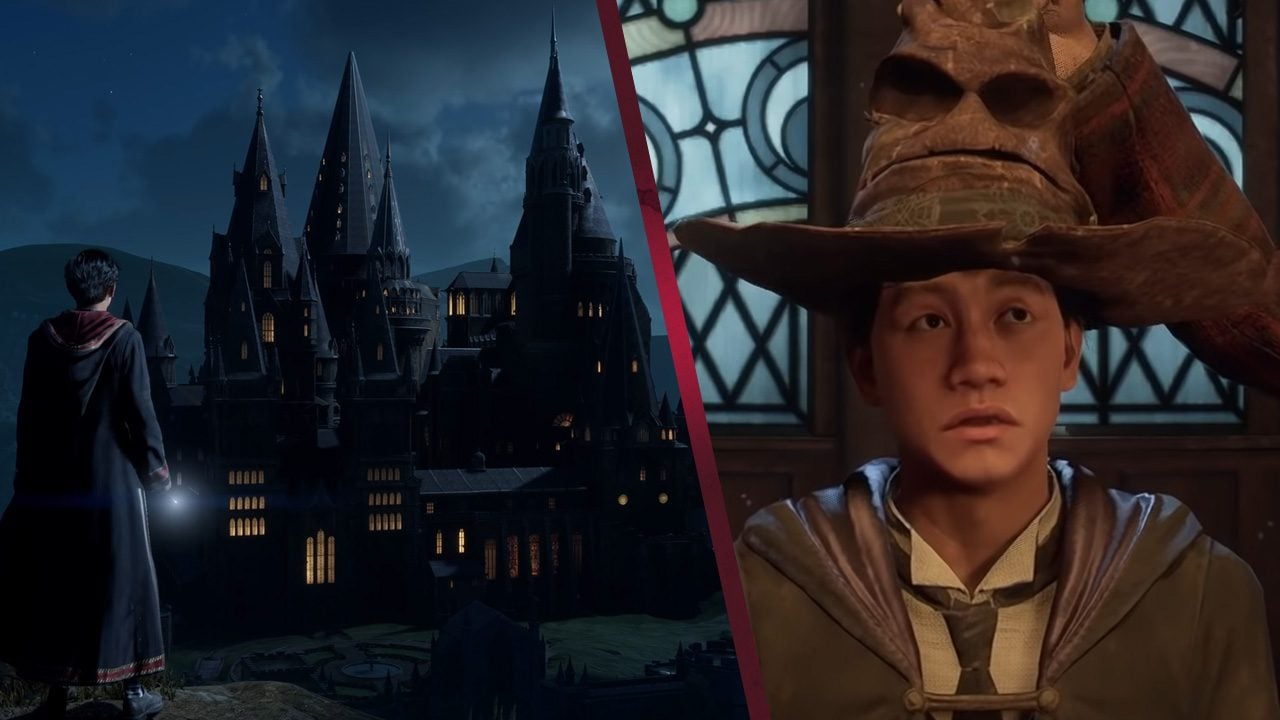 Hogwarts Legacy is bringing Potterheads back to the magical wizarding world of Hogwarts, as they’ve never seen it before. Set in the 1800’s (much like author J.K. Rowling’s beliefs), Hogwarts Legacy is packed with little nods to the franchise that fans are bound to enjoy. Did you spot these eight aspects of the game featured in the latest trailer?

As mentioned above, Hogwarts Legacy is set in the 1800s, which means Daniel Radcliffe probably won’t be showing up as Harry Potter. That doesn’t mean there won’t be any familiar characters though! In the new trailer, you can see Nearly Headless Nick, the mischievous Peeves (who didn’t appear in the movies). and good old Professor Binns!

Not only will these familiar faces be popping back up, but there will also be plenty of fantastic beasts you might recognise in this game. So far, we’ve seen giant Trolls, Herbridean black dragon, which you right remember from Harry Potter: Hogwarts Mystery, the adorable moon calves that only come out during the full moon, Graphorns, Hippogriffs, Centaurs, Noisy Mandrakes and the evil Inferi. Did you spot any others?

From the first trailer back in 2020, fans were treated to a couple of iconic locations that you could explore. Of course, we have Hogwarts Castle where you’ll probably spend the majority of your time. However, there’s also Hogsmeade Village, filled with shops where you can buy outfits, potion ingredients and upgrades! There’s also Gringotts bank, Forbidden Forest, Prefect’s Bathroom and some areas which you may have never seen before like the Hogwarts’ Kitchen!

5. An Open world with different ways to explore

Avalanche Software have said previously that they were inspired by open world games like The Legend of Zelda: Breath of the Wild, Ghost of Tsuishima and The Last of Us Part 2. That’s an awful lot of places to check out, so how will we be travelling to these places? Of course, you can walk there, but, in true Wizard fashion, you can get a bit more magical. Yes, that means learning how to ride a broom at Hogwarts!

If you love games with morality systems, like Mass Effect and Deus Ex (bar Human Revolution, sob), Hogwarts Legacy might be right up your street. Follow the light, or take inspiration from the Dark Lord himself (no, I don’t mean J.K. Rowling) and build relationships with NPCs and your classmates.

3. Info on the Classes you can take

When you enter Hogwarts, you’ll be starting from Year 5. This means you’ll have to catch up on a bunch of classes, including defence against the dark arts and spell-based combat. Alongside spells, there’s also some potion classes we noticed, where you can learn to brew life-saving and stat boosting potions.

From the trailer you can see different charms, spells and curses that were used. We spotted simple charms like Lumos and Accio, which look like they can be used in combat or solve puzzles. There were also some curses like the explosive confringo, petrificus totalus, and stupefy, which stuns the opponent.

We also saw some info on specific jinxes that you can spot in the trailer. I saw what is likely to be oppugno, which enchants an object to attack an opponent. In terms of spells, there’s the famous expelliarmus, diffindo, incendio, reparo and descendo.

The main defensive spell you can see looks to be protego, a shield used to deflect enemy spells. However, there are also spells and curses that you can learn from your talent tree that you can’t learn in class! What’s even more exciting (and likewise horrifying) is that you can also spot avada kedavra being cast by the main character.

Once you’ve mastered the different skills and spells, you’ll be able to combo these spells in your duels and combats against the dark arts.

Perhaps one of the most interesting things about Hogwarts Legacy is the room of requirement. Live out your best cottagecore dreams in a house that senses what you need and gives it to you. Best part is, you can decorate it however you like to fit your personality! Let me know when this becomes a thing irl please.

And that’s it, that’s 8 things you might have missed from the Hogwarts Legacy state of play trailer! Are you excited for this new adventure into the wizarding world? What house are you going to join? Let us know across our social channels.