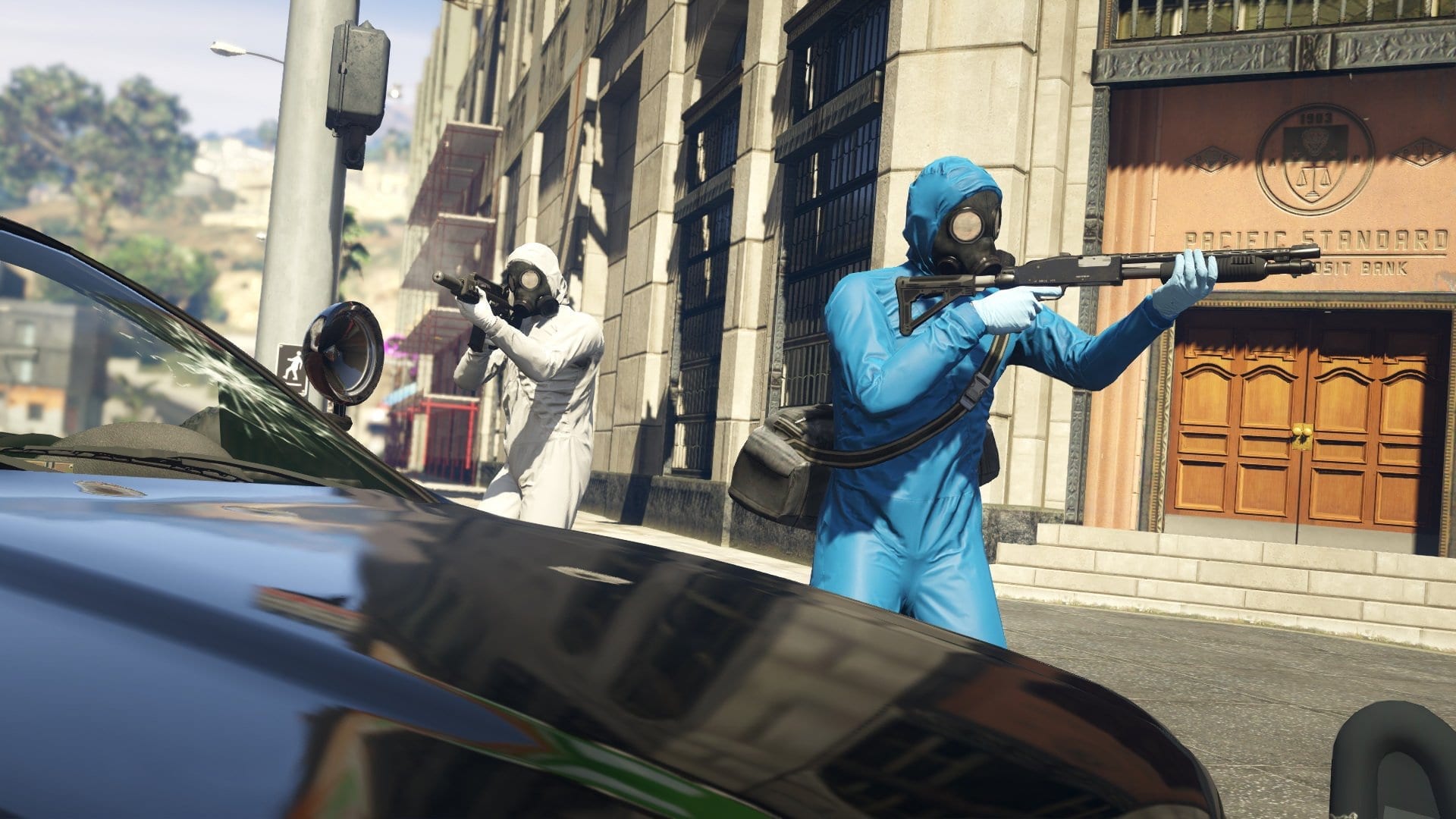 When it comes to playing games with friends, you don’t always need a huge triple-A $60 game to have fun. In fact, there are many cheap multiplayer games you can pick up and play that’ll give you at least a couple weekends of fun for you and your mates.

We’ve listed 8 of the funniest multiplayer games currently available. Check them out below. 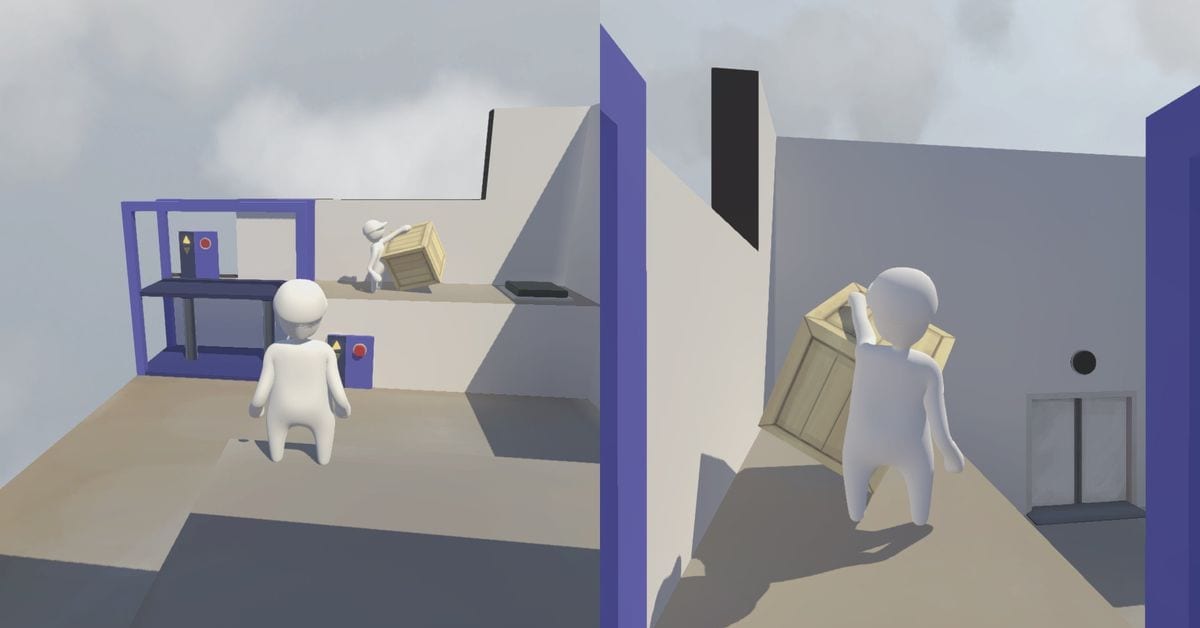 You may have seen a few clips of Human: Fall Flat on YouTube or other places on the internet. This game is an absolute blast – it’s guaranteed to get you and your friends cracking up the moment you jump into the fun.

In Human: Fall Flat, you’ll all take a control of a character that struggles to keep himself standing. You must work together to move objects around and solve physics-based puzzles.

When you mix the physics engine with the game characters that struggle to stand up straight on their own two legs, you end up with some hilarious moments.

You’ll often find that completing each mission will be filled with scraps and squabbles between you and your friends, but it’s these moments that make Human: Fall Flat stand out from the crowd. 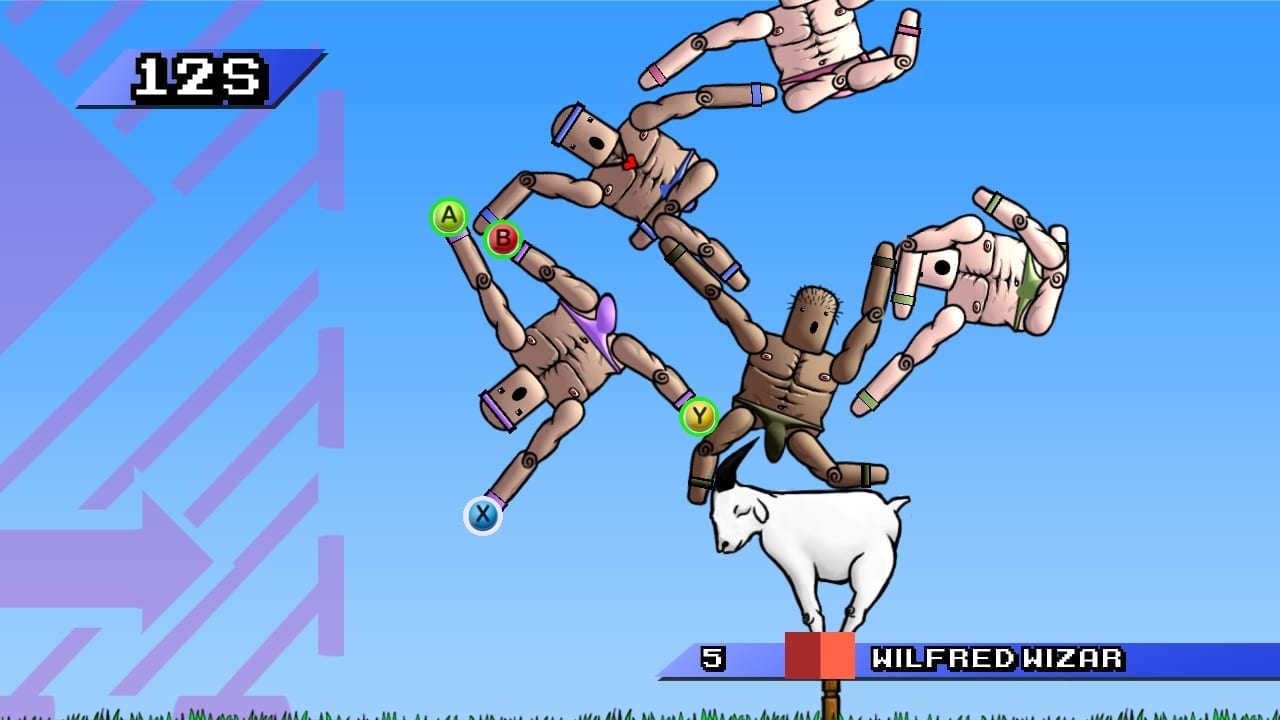 Mount Your Friends will go down in history as one of those funny party games that people in your group will always be down for playing.

In Mount Your Friends, each player is given a character – players must climb up each other to build a tower that reaches a certain height. Players are able to control each limb separately and must try to use the physics mechanics to carefully construct a stable tower of people.

Trying to control your limbs is ridiculously difficult, but it’s these gameplay mechanics that help to make Mount Your Friends so funny. 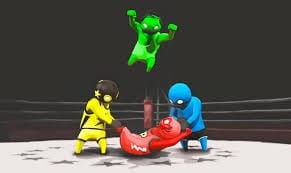 This is another funny multiplayer game with an emphasis on physics. In Gang Beasts, you must fight other players in fist to fist combat. You can pick up objects on each level and use them as weapons, or attempt to grab onto players and throw them around.

There’s also an online matchmaking mode, so you’re able to hone your skills against other players around the globe whilst your friends aren’t online.

The whole experience can be very hectic, but it’s an awful lot of fun. 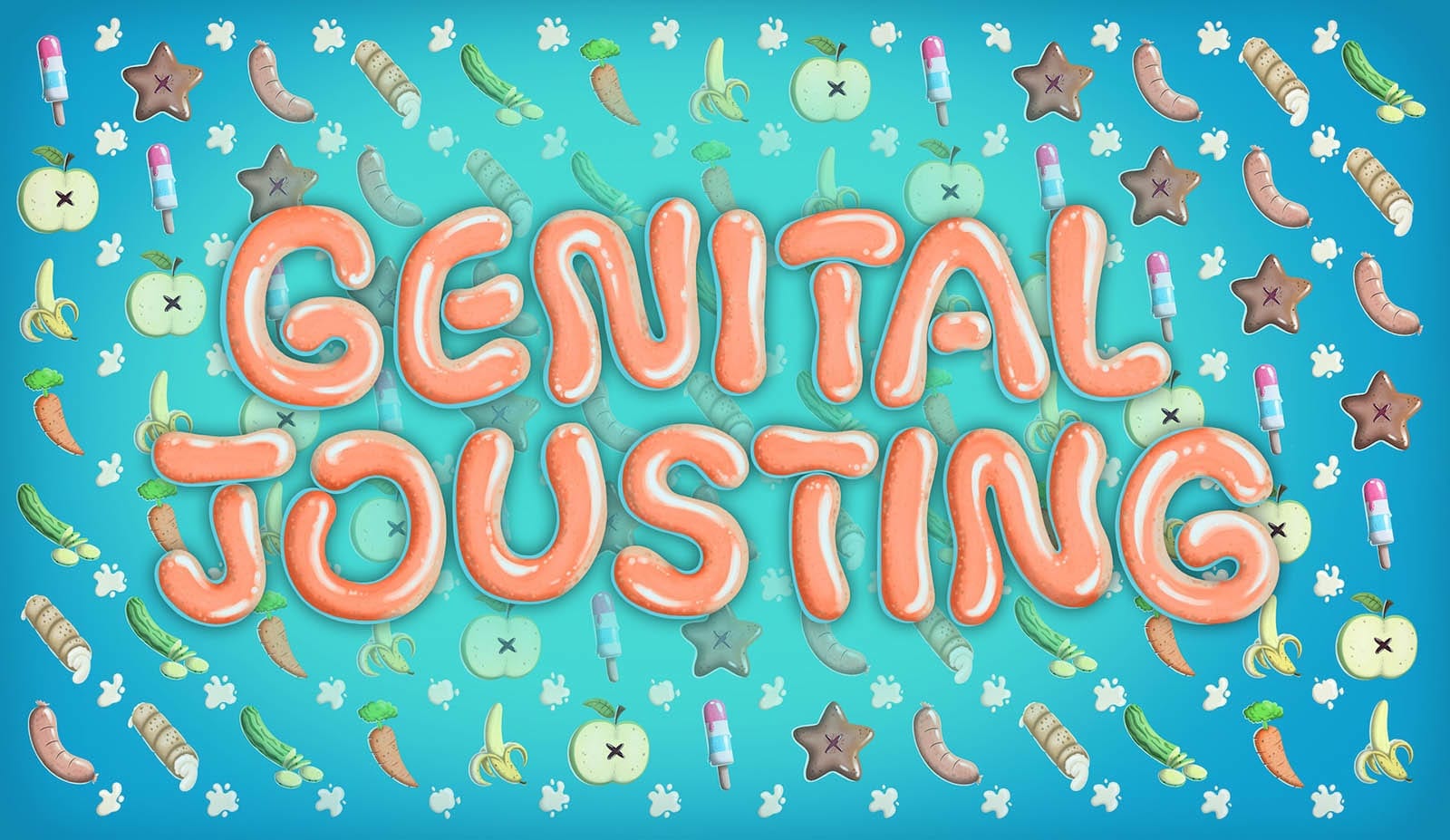 This is one of those games that you don’t want your mum to walk in on. Genital Jousting is very, very crude, but it’s absolutely hilarious.

There’s some kind of weird backstory and singleplayer mode, but it’s clear to me that all of the fun to be had is within the online multiplayer.

Keep Talking and Nobody Explodes 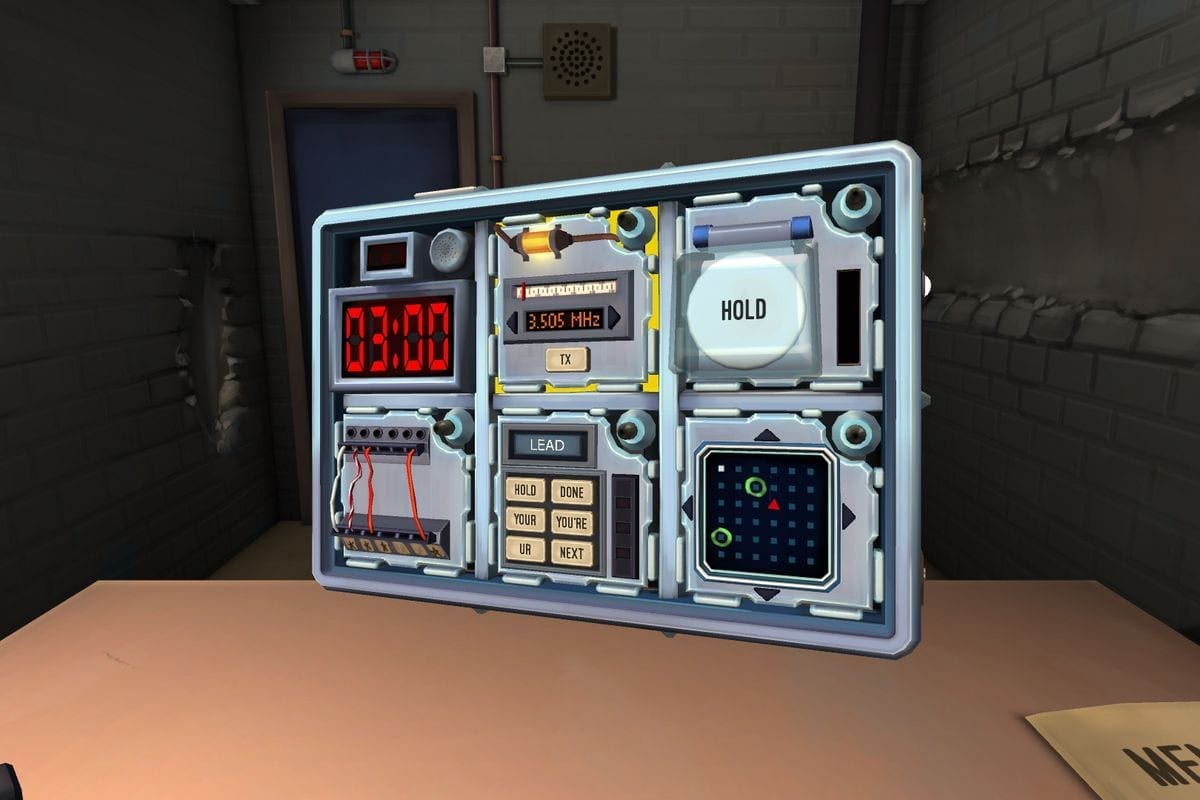 Keep Talking and Nobody Explodes is a great laugh when you can get a few friends involved. In this game, one player has a bomb that they need to defuse in a short time period. Everybody else has access to the bomb manual, but they cannot see the bomb.

Keep Talking and Nobody Explodes is surprisingly challenging, but when things go wrong, it’s usually met with laughter and smiles, as opposed to frustration. 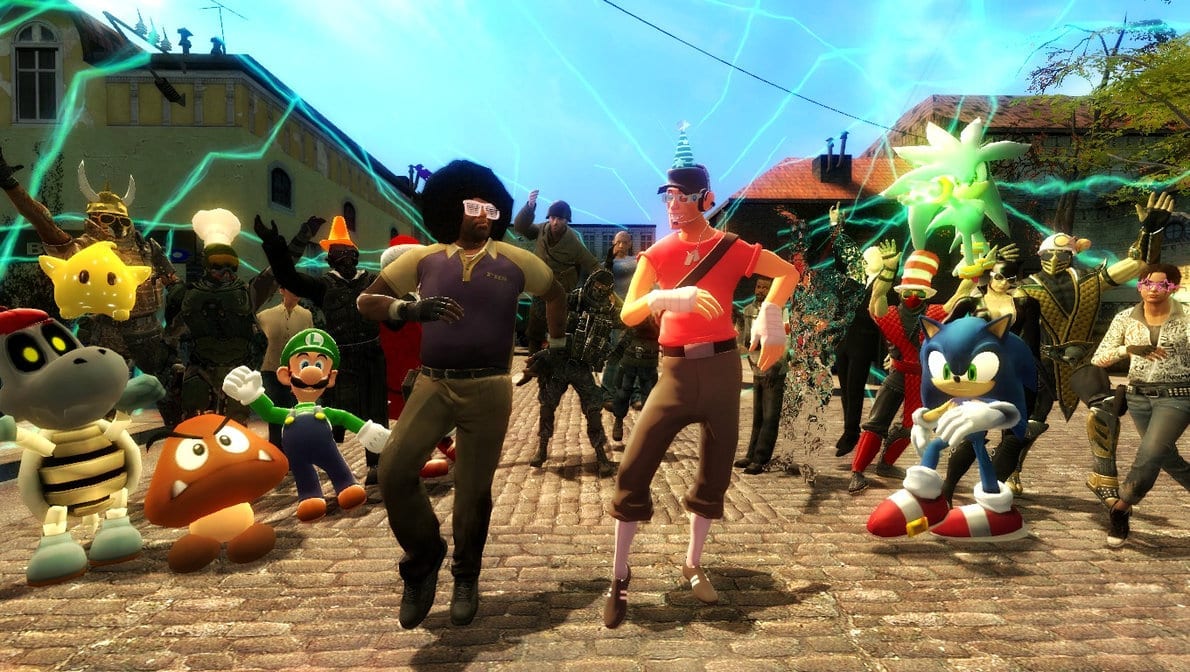 The great thing about Garry’s Mod is that it provides you and your friends with dozens of different mini games to play. All of the mini games are created by the community, so you’re regularly able to find new things to play.

Popular games include Prop Hunt and Trouble In Terrorist Town. In Prop Hunt, one player is the hunter, and everybody else must disguise themselves as props and then hide in different spots in the map. The hunter must try to find the players and catch them.

In Trouble In Terrorist Town, a small selection of people are murderers – they must try to subtly kill the rest of the player population without being caught. The game ends when either the murderers are caught or all other players are dead.

Because Garry’s Mod is a mod that’s been built on the source engine, you’ll need to buy both the Garry’s Mod game and Counter Strike: Source to be able to play it properly. 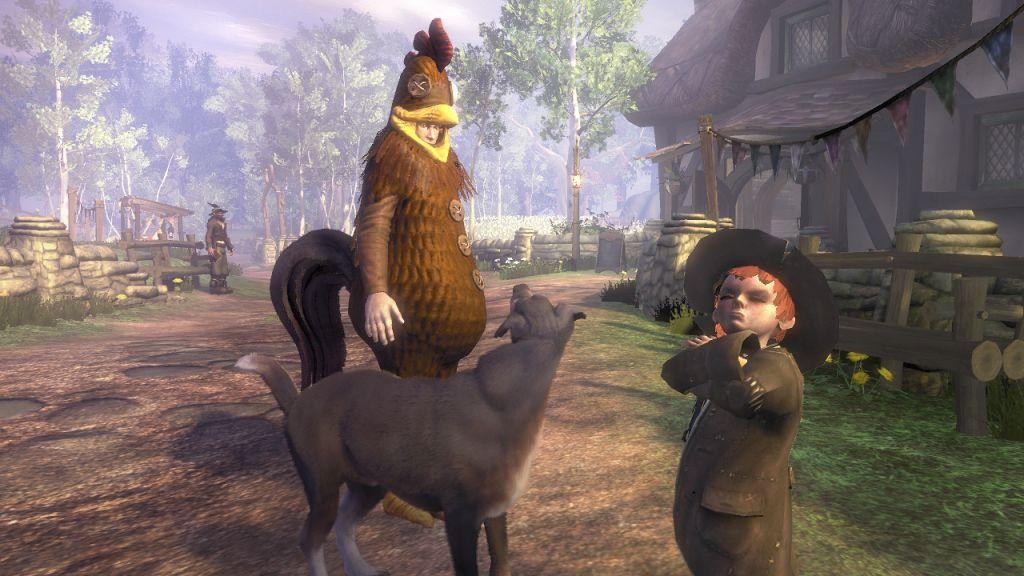 If you’re looking for something a little more expansive, the next couple of games will appeal to you. The Fable series will always go down as some of the funniest RPG games in history.

Everything is filled with tongue-in-cheek humor, the games have a story, but they are filled with lighthearted fun, and playing Fable 2 or Fable 3 with a friend can make going through the entire experience even more enjoyable.

Unfortunately the Fable 3 multiplayer doesn’t work on PC and Fable 2 is exclusive to Xbox, so you’ll have to dust off your old gen consoles for this one. (Or use backward compatibility.) 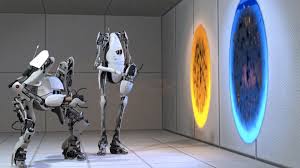 Portal 2 is another game you might not have expected on this list. The puzzles in Portal 2 are very challenging, so you’ll need some good communication skills between you and another friend.

However, in between each puzzle room, you’re often thrown dialogue from GLaDOS – she single-handedly turns the gameplay experience of Portal 2 from a frustrating mess into a funny and engaging adventure.

Do any of these games take your interest? If so, let us know which one. Alternatively, what other games would you like to see on a list like this?