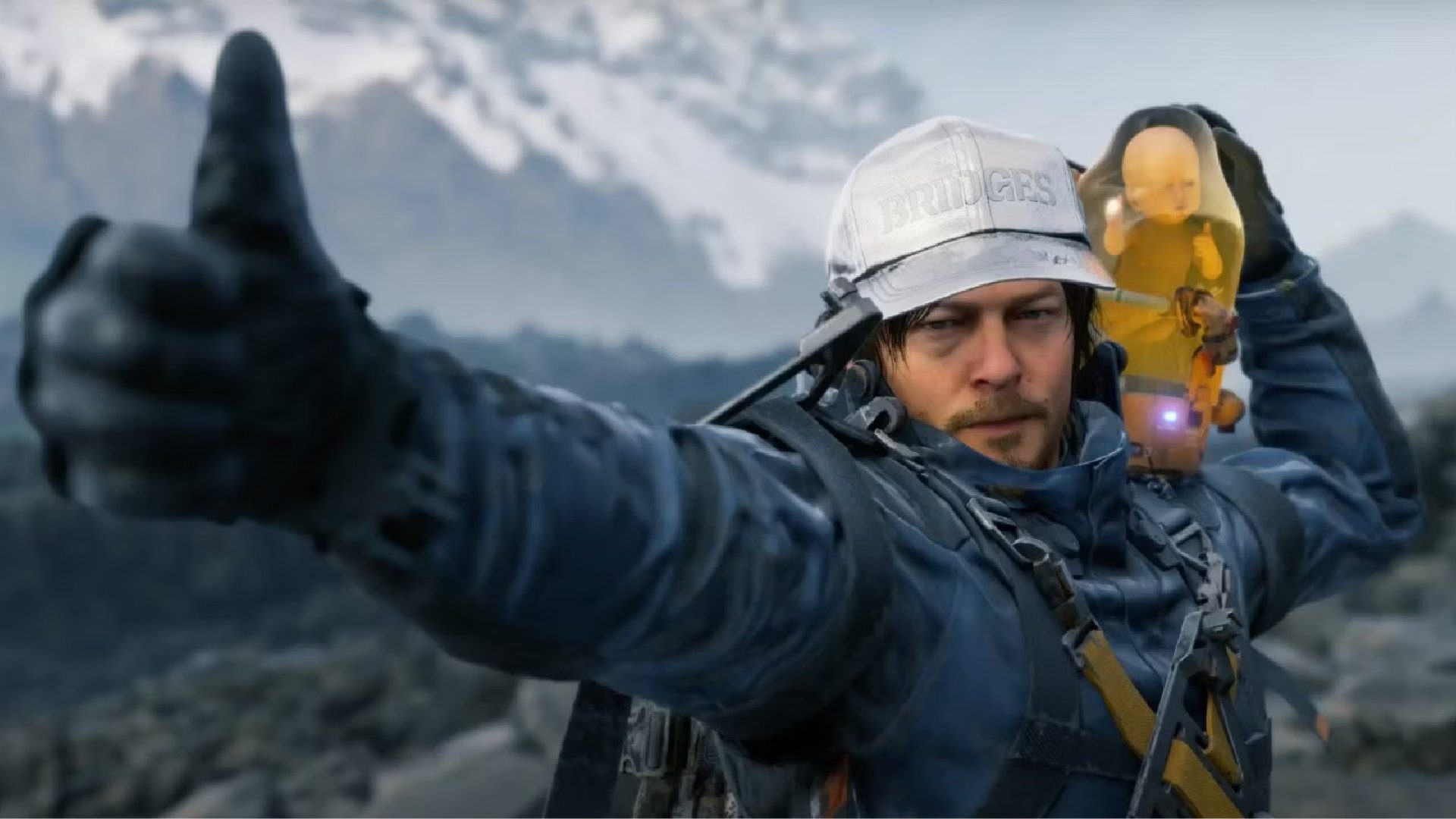 Death Stranding is getting a movie adaptation and it’s now in production. Kojima Productions has partnered with Hammerstone Studios.

In November 2021, Kojima Productions announced that it was to venture into the world of movies, TV and music with the opening of its new L.A.-based studio.

Moreover, news of the Death Stranding movie was revealed in an exclusive report from Deadline. Hideo Kojima will be producing alongside Alex Lebovici (Bill & Ted Face the Music) as well as Allan Ungar (Uncharted: Live Action Fan Film). Hammerstone Studios will also be financing the project.

What’s the story of the Death Stranding movie?

At this time, the story of the Death Stranding movie is being kept under wraps. However, we do know that it will feature a new story and characters from within the Death Stranding universe. What’s more, the writer and director are yet to be announced.

“I couldn’t be more excited about this new partnership with Hammerstone Studios,” said Hideo Kojima. “This is a pivotal moment for the franchise and I’m really looking forward to collaborating with them in bringing Death Stranding to the big screen.”

This will be an authentic Hideo Kojima production

“We are thrilled and honoured to have the opportunity to partner with brilliant and iconic Hideo Kojima on his first film adaptation,” added Lebovici.

“Unlike other big-budget tentpole video game adaptations, this will be something far more intimate and grounded. Our goal is to redefine what a video game adaptation could be when you have creative and artistic freedom,” Lebovici continued. “This film will be an authentic “Hideo Kojima” production.”

When will the Death Stranding movie be released?

It’s too early in the movie’s production for a release date to be announced. That being said, Deadline understands that the project is being fast-tracked. So hopefully, we’ll learn additional details perhaps sooner than we might think.

In related news, Death Stranding 2 was revealed at The Game Awards 2022 with a spectacular trailer. The sequel is set to release for PlayStation 5, but the Death Stranding 2 release date hasn’t been announced at this time.

Are you excited by this movie adaptation?

Finally, are you excited about the announcement of the Death Stranding movie adaptation? Let us know across our social media channels.