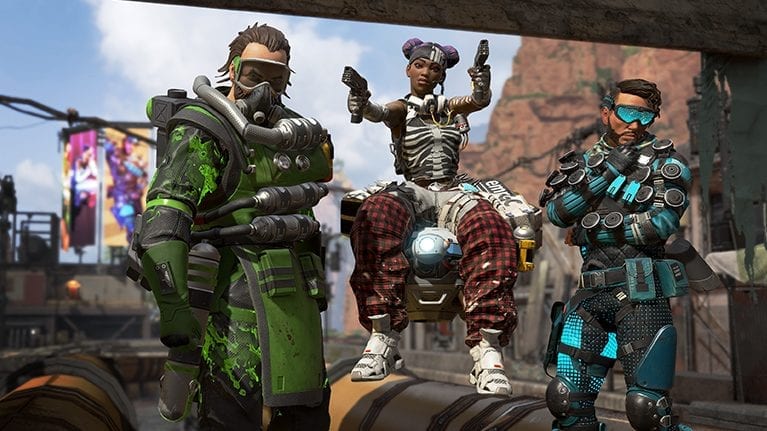 Respawn Entertainment’s Apex Legends is getting itself a Duos mode. Hooray!

The new Duos mode will – sadly – be a Limited Time Mode, meaning you won’t have too long to take advantage of it. It’ll start be introduced into the game starting November 5, which is when you’ll be able to buddy up and take on the world.

Sharing the news on social media, Apex Legends writes simple: “Starting next week, for a limited time, it takes [two].”

Apex players are pretty happy with the news, though lots of people want to know just why the Duos mode is going to be a temporary addition to the game.

One player commented: “Awesome, but why for a limited time again? This should be a standard mode for a game like this.

“I’m playing exclusively with a good friend of mine since the game launched and we were always forced to play with a random 3rd player.Just let us have Duos and don’t take it away again.”

In other Apex news, players have been rejoicing in a newly-found glitch that turns the game from first person to third person, with astounding results.

A player by the name of Spaghetti4Brekky posted a clip of the phenomenon to Reddit’s Apex Legends sub where it quickly gained traction thanks to its excellence.

In the caption, the user writes: “Went into 3rd person view when I was about to get respawned and my squad died. Has this ever happened to anyone else before?!”

In the video, which you can check out here or watch below, you can see that the map recap screen doesn’t pop up. Instead a black screen is shown before the player is kicked back into the action – in third person.

Went into 3rd person view when I was about to get respawned and my squad died. Has this ever happened to anyone else before?! from r/apexlegends

Did you know we have a podcast? Check out our latest episode with Ashens below or on the app of your choice. Make sure to subscribe!