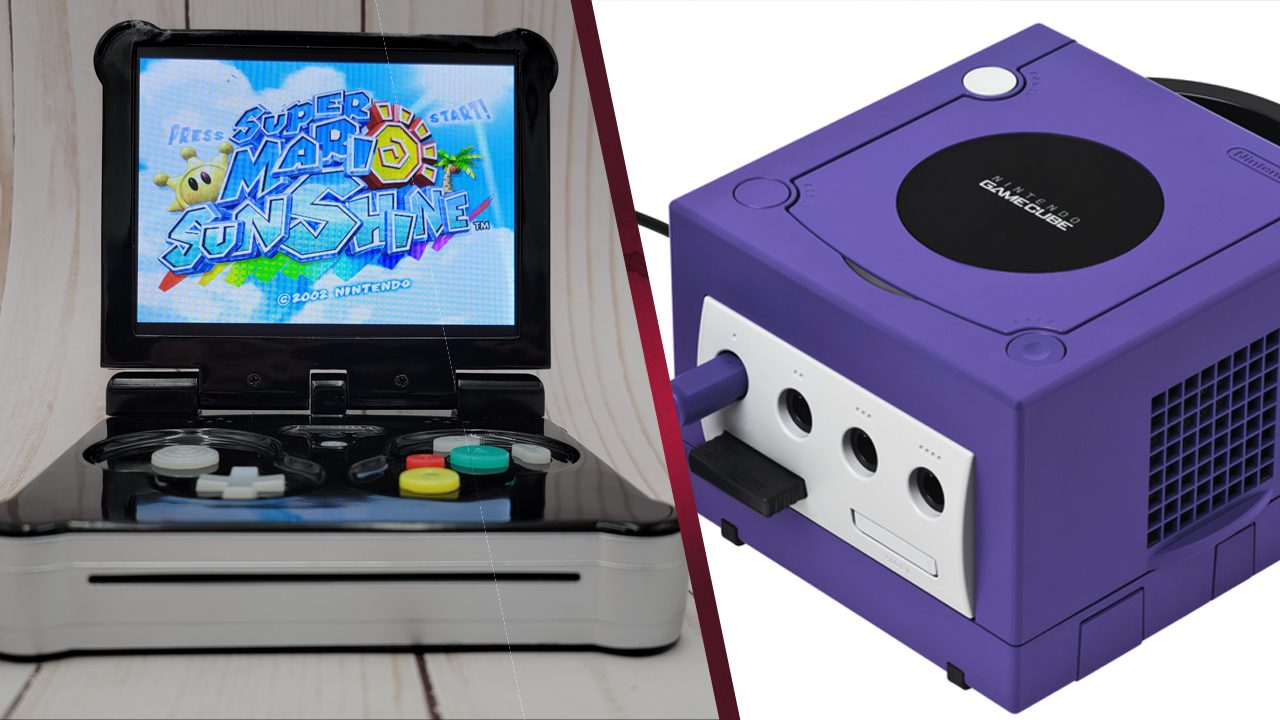 A modder has taken a concept for a portable GameCube, and turned it into a playable handheld.

One of the best aspects of the Nintendo Switch is obviously the fact it is handheld. Fancy playing some video games in bed? No problem! Got a long train journey ahead of you? You know what to do. But unfortunately, Nintendo has yet to bring its GameCube library to the Switch. Now though, a portable GameCube does exist. Sorry to say though that it currently is one of a kind. Console modder GingerOfOz recently showed off his custom GameCube handheld, and now we want nothing more than to own one.

In a video showing off the handheld on Twitter, GingerOfOz a concept image of a portable GameCube “that has floated around the internet for 15 years.” And because he was tired of it being fake, GingerOfOz decided to make it. The final result is incredibly close to the concept image, though of course the real thing is a bit bulkier. Rather than using GameCube hardware, the device specifically uses Wii hardware. As the original Wii was backwards compatible with GameCube games. GingerOfOz specifically noted that his decision to use Wii hardware was because its motherboard uses less power than a GameCube’s.

GingerOfOz also released a video showing off how he made it. “When I first saw this portable GameCube mockup years and years ago, my immediate thought was ‘I need this’,” says GingerOfOz in the video. “Of course, that was a difficult thing to grapple with because this thing is very fake.” GingerOfOz actually tracked down the original designer of the image, who apparently made it “just for fun.“

While this is just a one off project, hopefully it will encourage Nintendo even just a little bit to get some GameCube games on the Switch.