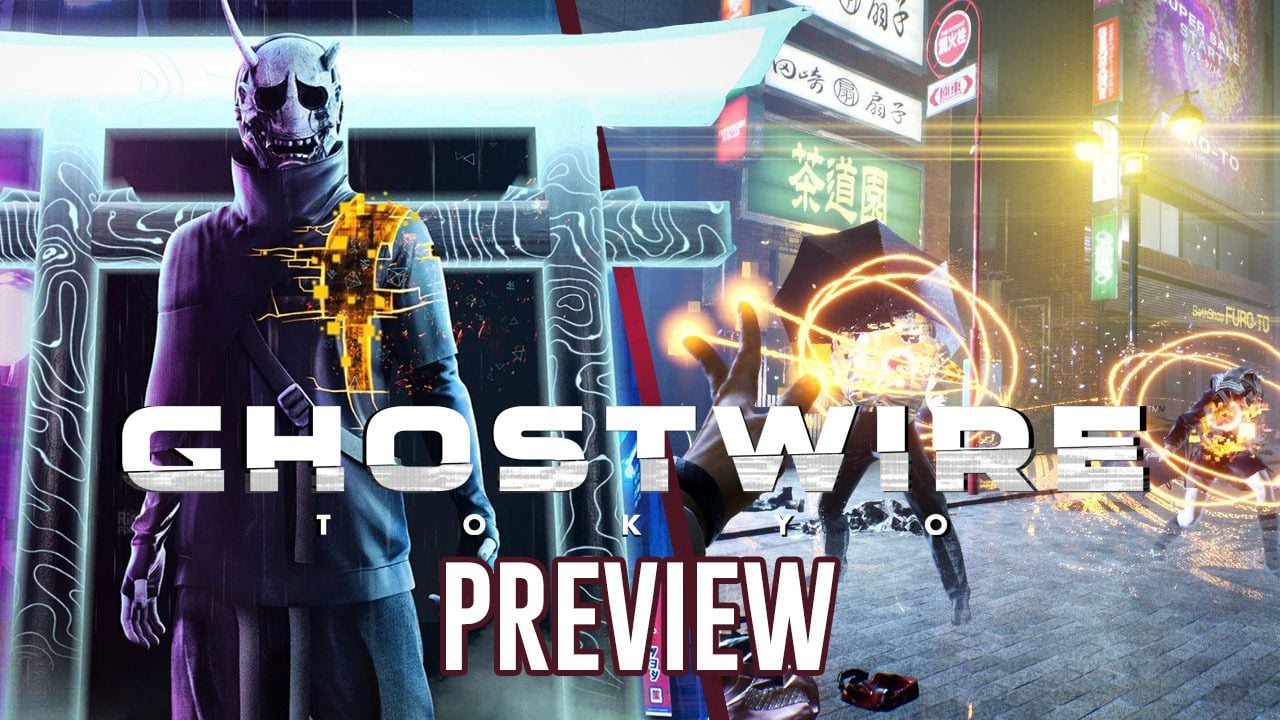 In Ghostwire: Tokyo’s opening hour, I’m creeping around an abandoned hospital avoiding making noise and quietly destroying evil ghosts. In its second hour, I’m reading a cat’s mind and helping a spirit find her lost umbrella. I’m now left excitedly wondering what this game has in store for me next.

When we initially previewed Ghostwire: Tokyo last month, we described it as “Far Cry Meets Doctor Strange”. But having now played a few hours of Tango Gameworks’ latest action horror title, I’ve realised it actually goes a lot deeper than that.

Ghostwire: Tokyo is the latest horror title from Tango Gameworks, the development studio behind The Evil Within titles. It even has Shinji Mikami, the director of famed horror classics like Resident Evil and Dino Crisis, serving as executive producer. It’s also notable for being the last Bethesda-published title to be available on PlayStation, having been contracted as a timed exclusive just before the Xbox acquisition that happened back in 2020.

We got hands-on with the first two chapters of the game, experiencing a small slice of what the city has to offer.

Up until this point, I still wasn’t quite sure what Ghostwire: Tokyo was really about. Was it a survival horror? An action sci-fi? Signs were a little muddled as to what I’d be actually doing in-game, but after a few hours I’m finally able to start piecing it together.

It kicks off with a mysterious force seemingly wiping out nearly the entire population of Shibuya. Akito, the playable protagonist, survives this supernatural event due to being possessed by KK, a spirit detective, who provides him with supernatural abilities.

This is accompanied by the appearance of demonic entities that are harvesting the leftover souls in Shibuya for their own nefarious purposes, of which so far remain unclear in the opening chapters of the game. However, one thing is certain: they don’t like Akito and KK.

Combat utilises these various psychic and spiritual abilities to fend off the ghosts who are haunting Tokyo’s remains. You cast spells using hand gestures inspired by Kuji-kira, a practice of martial arts that traditionalises its roots in the Shugendō religion. Notably, the hand animations for these combat moves feel quick and responsive in contrast to the rest of the game’s slower-paced exploration movement, creating moments of intense action when the combat kicks in.

It makes more sense why this feels so bloody good when you learn that Shinichiro Hara worked on Ghostwire: Tokyo as Combat Director. “We want the player to feel like a badass, spell-casting, high-tech ninja exorcist defeating countless evil spirits,” said Hara back in 2020.

“In order to achieve this, we chose intricate, deliberate hand gestures as the primary weapons, instead of simple guns. Unlike guns, our gestures allow us to put a lot more movement and personality into the player action as the player’s hands are organic extensions of the character.”

Although Shinji Mikami is only attached to the game in an executive producer role, some of that weirdness he’s known for is still a strong presence throughout the game’s first few hours. The comical use of animals does a great job of including traditional Japanese folklore and beliefs with that of more modern tropes. Traditionally, cats in Japan have been seen as having protective powers, and they symbolise fortune and good luck. So in Ghostwire, Tango Gameworks made all shop merchants feline.

Likewise, there are a number of yūrei in this game that resemble the body horror-type figures seen in traditional Japanese ghost stories. One of the main enemy types you’ll see in the opening hours of the game resembles a tall, suited person with no face. This is based on the Noppera-bō legend, a faceless ghost dressed as a human in order to frighten them. The presence of these enemies in the game, but with their own modern twist, gives Ghostwire a suitable connection to the folklore that inspired it while also feeling wholly original.

I’m enjoying Ghostwire: Tokyo for the most part, and a big part of that is due to the open world. Exploring Tokyo is a delight, as it feels like we’ve never had a game like this before that’s on the same scale. Even just from my short session during the first few hours, I got to explore quite a big chunk of it – including Shibuya’s underground metro system that added even more complexity to the world traversal.

It’s unfair to compare this to Far Cry (as many are doing), a series haunted by its own image of being an open-world carnival that its settings have become lifeless playgrounds. If anything, Ghostwire is the antithesis of Ubisoft game design. There are no outposts to clear, just enemies littered throughout the city. There’s also no gear labelled with a red-to-green tier system, now everything you pick up has a clear purpose. And enemies are not level-gated, though there are tougher areas you’ll obviously be unprepared for.

Best of all, you’re not scaling towers to reveal more of a map. One mission during Chapter 2 has you climb to an observation deck where you can see an entire portion of Tokyo laid out for you, including landmarks, and it feels organic. It doesn’t put a thousand markers on your map, nor does it bombard you with new unlockables and endless quest logs. My favourite thing about Ghostwire: Tokyo is it knows how to make a world feel large, dense, and fun to explore. Despite being a literal ghost town, it’s got much more life than other open world games of the current time.

Ghostwire: Tokyo is slated for release on PC and PlayStation 5 on March 25th, 2022. We’ll have more thoughts on the game coming closer to launch.