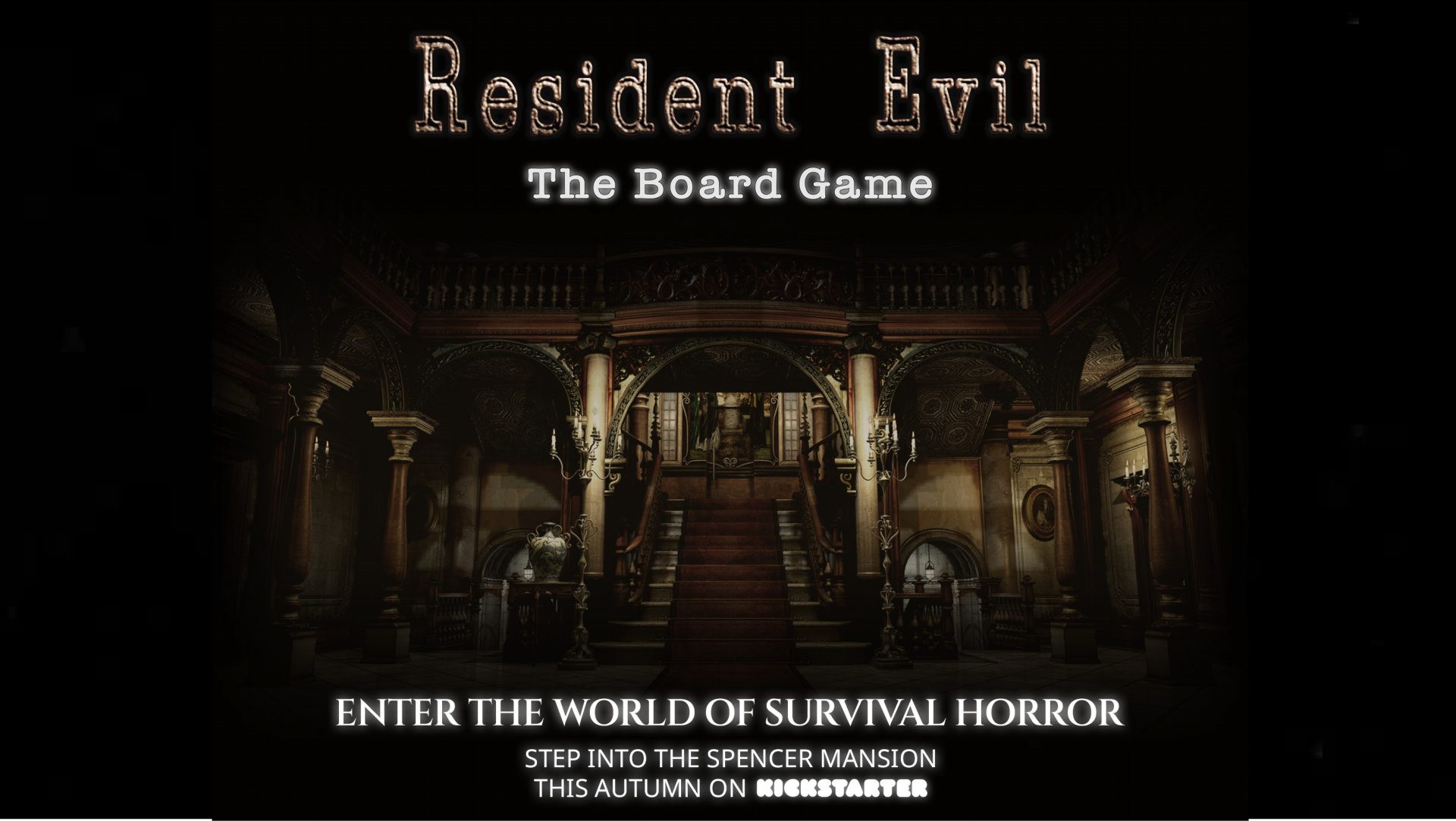 Resident Evil is getting a new tabletop board game based upon the original remake, developed by UK company, Steamforged Games.

In fact, having already developed the likes of Dark Souls and Horizon Zero Dawn to tabletop, this will be Steamforged Games fifth board game in collaboration with Capcom. Along with the aforementioned RE2 and RE3 board games, the Manchester-based company has brought us Devil May Cry: The Bloody Palace and Monster Hunter: World – The Board Game.

So, what is Resident Evil: The Board Game?

Resident Evil: The Board Game is a co-op survival horror game for 1 to 4 players and will be based upon the fantastic 2002 remake for the Nintendo GameCube.

Quite interestingly, a section of the Steamforged blog reads: “It’s been an unorthodox journey but, finally, we’re going back to where it all began. Back to the Arklay Mountains. Back to the forest. Back to the Spencer Mansion, hidden amongst the trees.”

I could be wrong, but that sounds like the board game story might begin outside the mansion. So, will we fight our way through the Arklay Mountains, and through the forest before seeking shelter in the mansion? We will find out soon enough.

What else do we know?

Furthermore, Polygon has some itchy tasty exclusive details direct from Steamforged Games. Firstly, Resident Evil: The Board Game will launch on Kickstarter on October 16th, and it will run for only 16 days.

The Kickstarter campaign will have various tiers, as well as stretch goals to unlock as the campaign generates more funding from backers. The campaign will also feature “an assortment of accessories and expansions” as additional purchases.

According to the post from Polygon, players will of course play the role of the iconic S.T.A.R.S members. Players will explore the Spencer Mansion not only to find a way to escape but also to battle hideous monsters and to look for other S.T.A.R.S members to rescue.

A new twist on a previous formula

While the game will share elements of the other two Resident Evil board games, this one will not only have its own scenarios, but also a “randomised version of the video game’s iconic mansion.”

“In [the] Resident Evil [board game], you kind of have a very small starting area, and you have doors that lead off of that,” designer Sherwin Matthews told Polygon. “You don’t know what’s behind them. When you get there, you draw an exploration card, and then that populates the next few tiles you may have found. So, you really never know exactly what’s waiting around the corner, in terms of both enemies and also exploring out the map.”

Furthermore, when players are tasked with rescuing other S.T.A.R.S members, they will not sit dormant in one location. Instead, they will have “fully automated behaviours.” Meaning that they will be doing their own thing, while you’re playing. They might partake in their own mission with their own agenda. They might even scavenge for their own supplies and look for a way to escape the mansion. It all sounds very interesting.

Steamforged Games has also revealed to Polygon that there will be an optional retro pack, which will replace components and art assets inspired by the original 1996 game. This is something that Steamforged also offered with the RE2 and RE3 board games. The two optional expansions will also each include a larger boss for players to contend with.

Will you be backing the Resident Evil: The Board Game campaign when it launches on Kickstarter in October? Let us know across our social media channels.