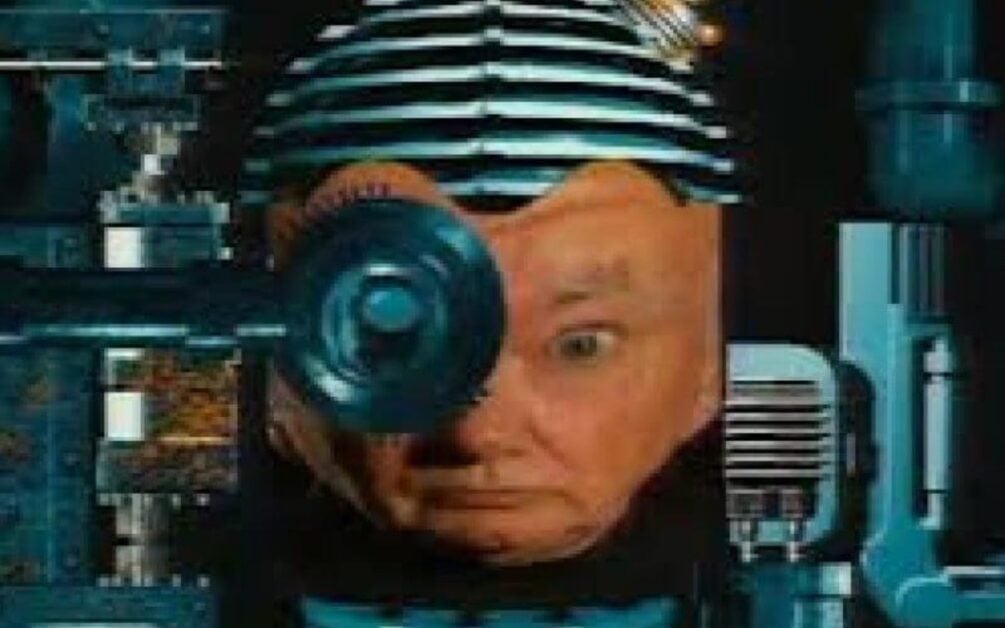 The GamesMaster reboot has finally announced its new hosts for the upcoming revival of the iconic 90s Channel 4 show in the UK.

For many gamers in the UK, the GamesMaster TV show is a huge part of their childhood. Before the days of DVR, we would rush home from school to ensure that we would be back in time for the show to start.

GamesMaster gave us a look at the newest and favourite video games of its time (years before the internet existed). It also featured competitions seeing members of the public and celebrities battling it out for the prestigious Golden Joystick.

An age before the internet

We would even tune in to see if certain video game cheat codes would be highlighted by the GamesMaster himself, Sir Patrick Moore. Again, this was a time before the internet. So not only could we not access gameplay footage as we can today, but the few methods of getting cheat codes were via magazines or on TV shows. Oh, as well as overly expensive phone hotlines.

The original show was hosted by Dominik Diamond from season one to its seventh, and final season (other than season three, which was hosted by Dexter Fletcher). Sadly, GamesMaster was removed off the air in 1998 and we would never see its return. That was until now!

Dominik Diamond will not be hosting the new series and sadly, it won’t feature Sir Patrick Moore, as he is no longer with us. However, three new hosts have been announced for the reboot.

So, who will be hosting the GamesMaster Revival?

The main host of the show will be Robert Florence, who will also be working as the show’s creative consultant. Florence is a former games journalist, as well as filmmaker, writer, comedian, and poet.

“I’m hugely honoured that I’ve been trusted with ushering a new generation of challengers to their glory or humiliation, under the unflinching gaze of the GamesMaster,” said Florence. “I look forward to finding out how much I can get away with.”

Robert Florence will also be joined by co-hosts, Frankie Ward and Ty Logan. Frankie Ward is an experienced esports and gaming host. I’m sure Frankie will bring a wealth of industry knowledge and excitement to the show.

Ward said on the announcement: “I couldn’t be more excited to be part of the GamesMaster team, especially as the one thing I love almost as much as playing games is watching other people play them – and believe me when I say I take the art of celebrating their triumphs and failures very seriously indeed.”

Ty Logan who is the third host of the reboot is an actor and entertainer. However, this will be his first role as a presenter: Logan added: “I’m so excited to be joining the presenter team on GamesMaster. From being an E4 Face of the Future to fronting such a brilliant show, with this incredible team, is a dream come true. Let’s go!”

We cannot wait for the new show!

It really is exciting news that the GamesMaster reboot is now picking up steam. It should not only be an enjoyable show for returning fans, but also those that never experienced the show in the 90s.

According to the official GamesMaster blurb: “the series will see celebrities, gaming stars and super fans all take part in challenges, races and epic fights. Through virtual battles across a range of games, the competitors will try everything in their power to claim a legendary Golden Joystick Trophy. But whilst they play, they’ll be watched over by the all-knowing GamesMaster.”

At this time, we don’t know when GamesMaster will premiere, but it is expected to launch this year. The show will initially launch on E4’s YouTube channel, before arriving on TV a short while after.

Are you looking forward to the GamesMaster reboot? If so, share your excitement across our social media channels.