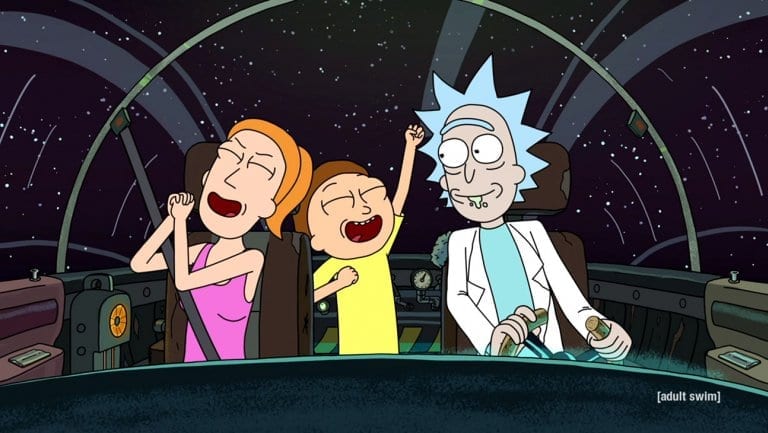 If you can’t wait for the next season of Rick and Morty then you’re in luck, because a surprise new game has just been launched to help you survive the last few days of the agonising wait.

Ahead of the launch of the fourth season of Adult Swim’s ever-awesome Rick and Morty a brand-new dice game has been released from the geniuses at Cryptozoic Entertainment [via ComicBook]. Cryptozoic is one of the best and most world-renowned creators of all sorts of tabletop games and trading cards, as well as physical and digital collectibles.

Named Rick and Morty: The Morty Zone Dice Game, the game is based on the premiere episodes of the show’s fourth season, which is due to drop later this month.

“Our team has been working closely with our partners at Cartoon Network for over a year to create Rick and Morty: The Morty Zone Dice Game and have it ready in time for the Season Four premiere of the show,” said CEO of Cryptozoic, John Sepenuk.

“We embraced the challenge of finishing the game and getting it out to stores while keeping it a total secret. We are extremely excited to reveal the game at last and let fans of Rick and Morty play it even before the airing of the episode that inspired it!”

The rules of the game state: “In Rick and Morty: The Morty Zone Dice Game, the active player rolls eight jumbo dice (two each in four different colors) and totals up the numbers on each pair of dice of the same color. Then, using the included dry-erase markers, all players simultaneously check off numbers on their Fate Boards corresponding to the dice totals.

“For example, if the blue dice total 9, a player can either check the 9 on the blue portion of their board or two blue numbers that total 9. Players continue passing the dice and taking turns in a round until all players have ‘Locked’ each of their four colors, meaning they cannot check the needed number or numbers of a color after a dice roll.”

The game’s lead designer Matt Hyra said: “It’s not just a random luck dice game. When it’s your turn to roll the humongous dice, you’ll also draw a Rick card. That card might allow you to reroll a certain color of dice or even remove some dice from the mix. Use this awesome power to help yourself and mess with your opponents!”

Rick and Morty: The Morty Zone Dice Game is available at select retailers right now, with a wider release planned for later this month. Check out all the info right here.