Have you ever wanted to play a kart racing game with the likes of Reptar, Spongebob and the Hey Arnold gang on your PS4 or Xbox One? Of course you have, and now all your dreams have come true thanks to GameMill Entertainment and Nickelodeon.

It’s just been announced that new kart racer, Nickelodeon Racers will be launching on consoles in October this year, and it seems like it’s going to be very similar to the classic Mario Kart games – except that you’ll get to play as your favourite Nickelodeon cartoon characters! 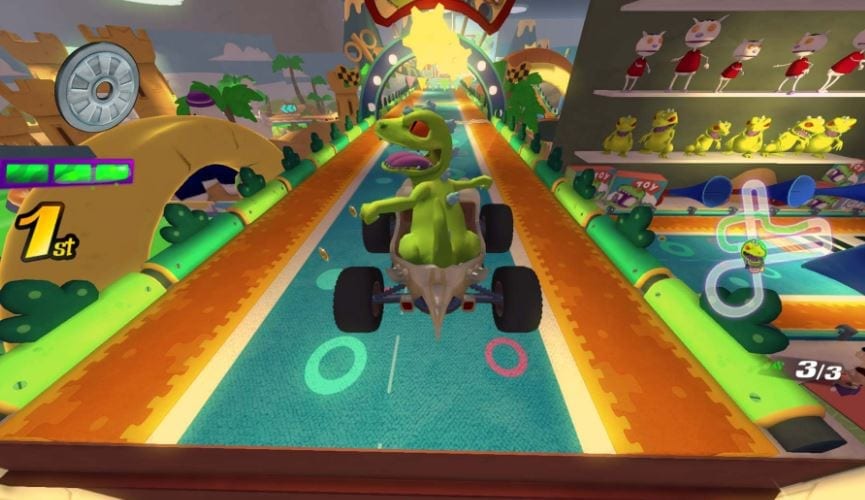 Featuring a range of crazy and fun tracks, weird powerups and customisable karts you’ll be able to live out your childhood fantasies with characters from shows including Teenage Mutant Ninja Turtles, Spongebob Squarepants, Hey Arnold and Rugrats.

GameMill partner Mark Meadows stated: “We are thrilled to be partnering with Nickelodeon to bring all of these amazing characters into one fun, competitive video game for fans of all ages to enjoy. 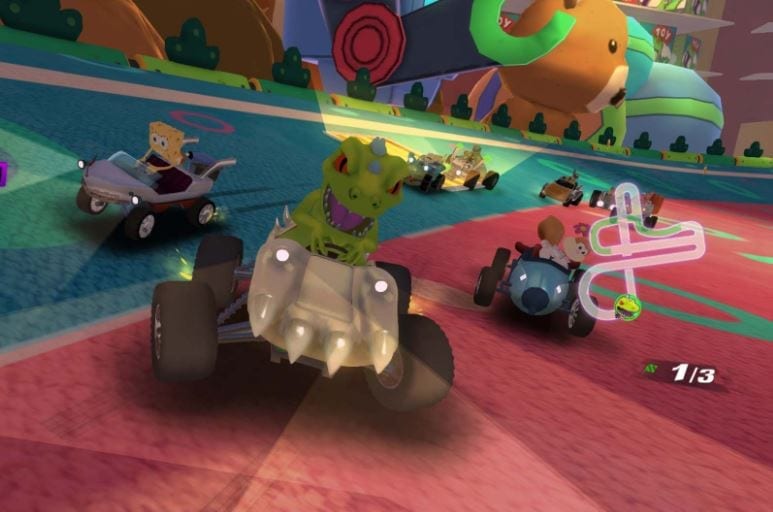 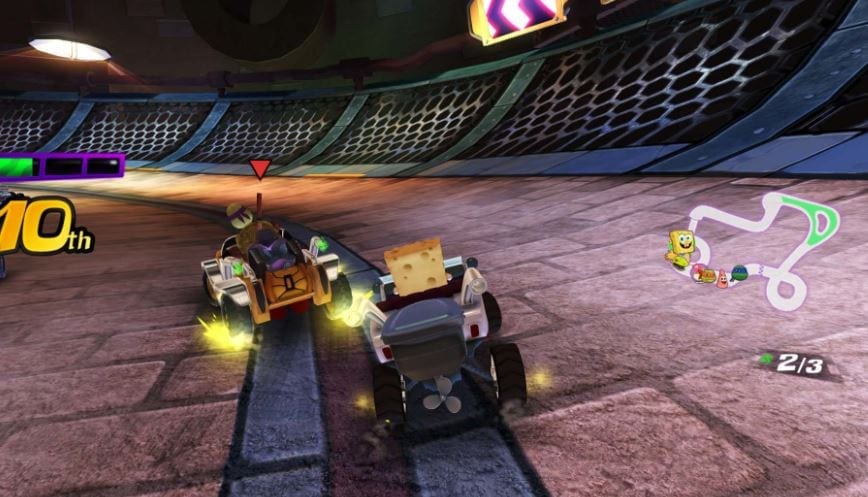 Shots of the gameplay show it’s definitely lacking the smoothness and beauty of a refined game like Mario Kart, but do we really need to repeat the selling point of the game – YOU CAN PLAY AS TOMMY PICKLES!

The game will offer 24 different tracks (which are covered in slime, as is the law of Nickelodeon), and there’ll be playable characters from eight of your favourite Nickelodeon shows. Exciting! 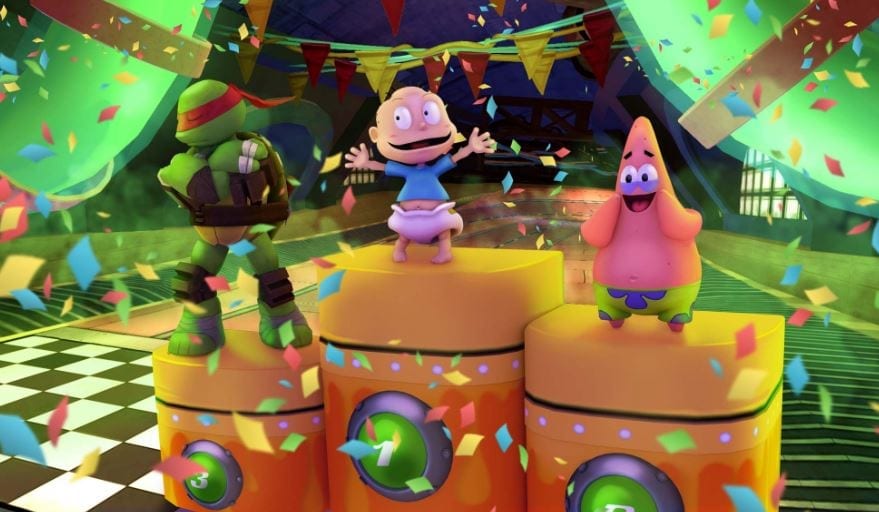 Nickelodeon Kart Racers will be available for the Nintendo Switch, Xbox One and PlayStation 4, 23rd October 2018.