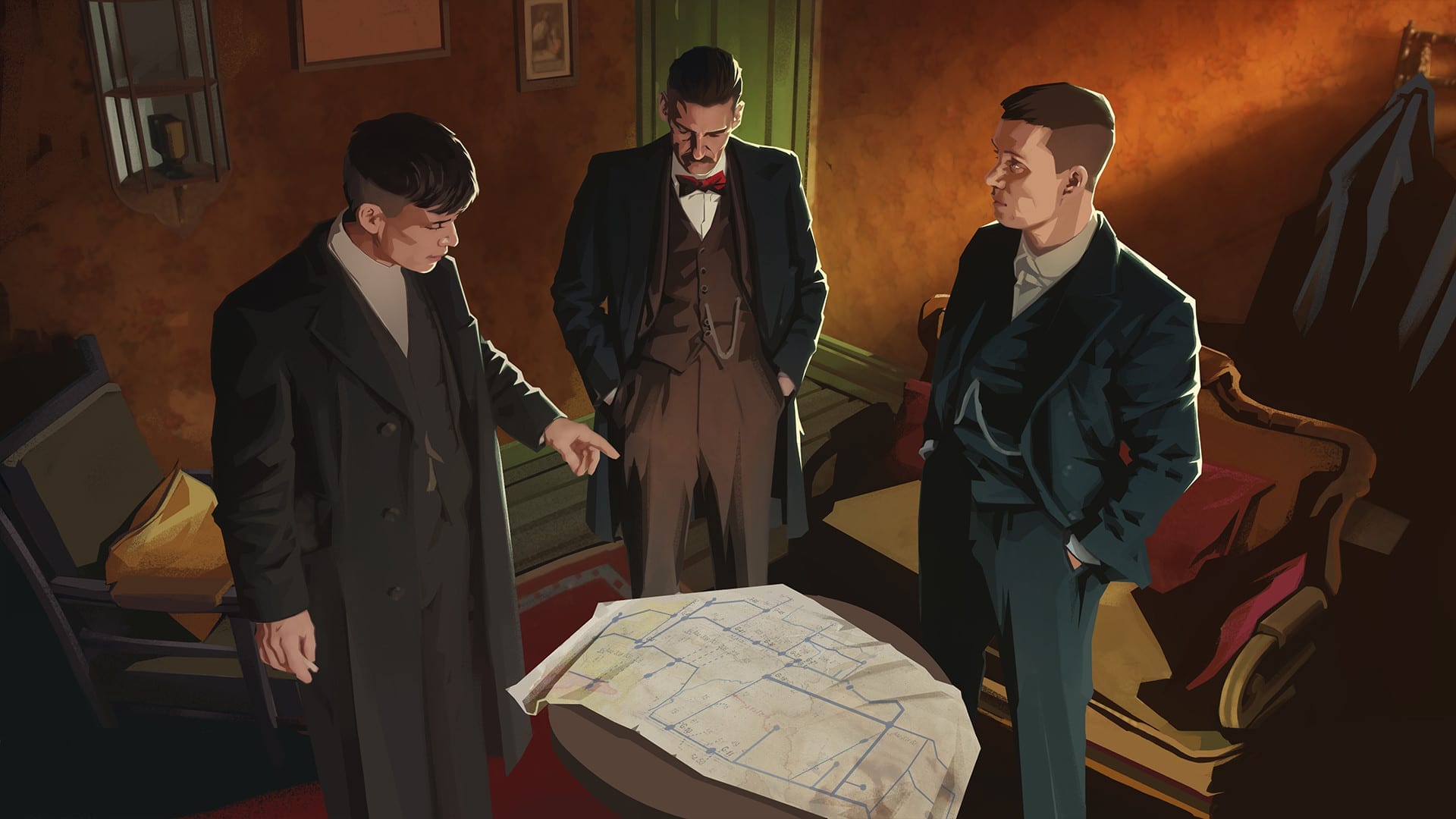 Last year came the news that a video game based on the BBC hit series, Peaky Blinders, would be making its way to PlayStation 4, Xbox One, Nintendo Switch, and PC in 2020. We’re now just a few months away from the game’s launch, and it’s looking pretty darn impressive.

As reported by IGN, Peaky Blinders: Mastermind is due to land sometime this summer, and the game has just gotten itself a brand-new trailer.

The top-down adventure stars Tommy and the gang, and comes courtesy of FuturLab. You’ll control six members of the Shelby family simultaneously as you work through top-down levels on adjustable timelines that can be “rewound and replayed.” Go violent or go stealthy, the choice is up to you.

The game’s official description reads as follows: “Welcome to Birmingham, during the aftermath of the Great War. Set right before the events of Season One, Peaky Blinders: Mastermind lets you join the Shelby family’s criminal gang. Follow the rise of Tommy as he successfully uncovers a sinister plot to put the family out of business, proving himself worthy of being the true mastermind of the Peaky Blinders.”

Curve’s Digital CEO Dominic Wheatley said in a press release last year: “We are thrilled to be working with Endemol Shine Group on this unique IP. Peaky Blinders is at the top of my list of favourite TV shows and the characters and stories will now be transformed into an interactive experience. Can’t wait.”

Anil Mistry, who is the director of games and gambling at Endemol, stated that the technology behind the game will deliver the full-on experience fans of the TV show will expect.

“In Curve and FuturLab we have great partners who will deliver a high-end game which can be enjoyed by fans of the series and gamers alike,” he stated.

“The unique world created by the Peaky Blinders series lends itself incredibly well to this style of gaming, and players can look forward to an authentic, original and immersive game experience.”

If you’re a fan of Peaky Blinders, then you’ll definitely want to get your hands on this. Check it out on Steam now!